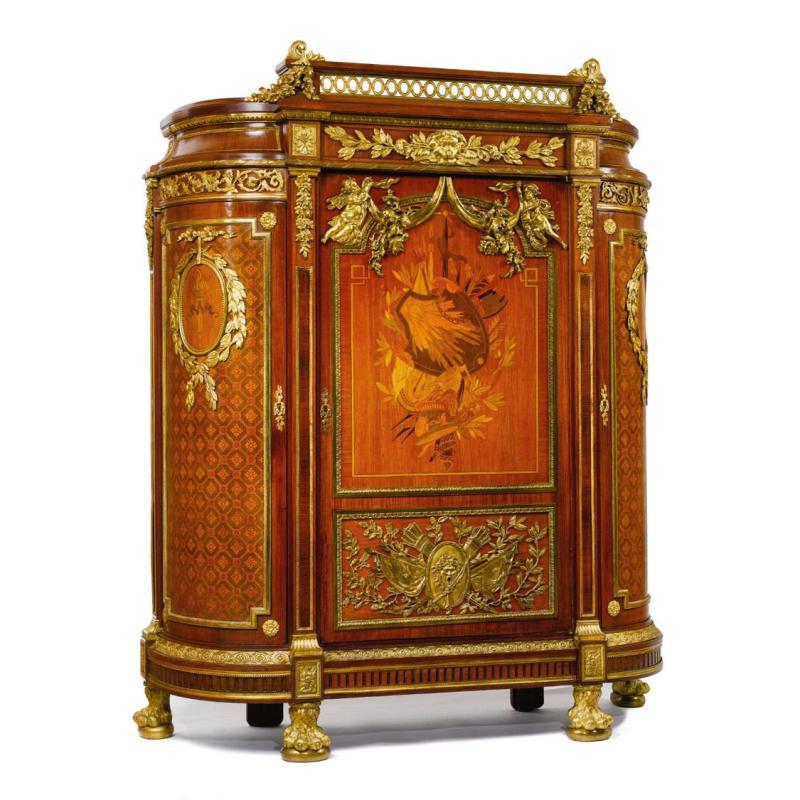 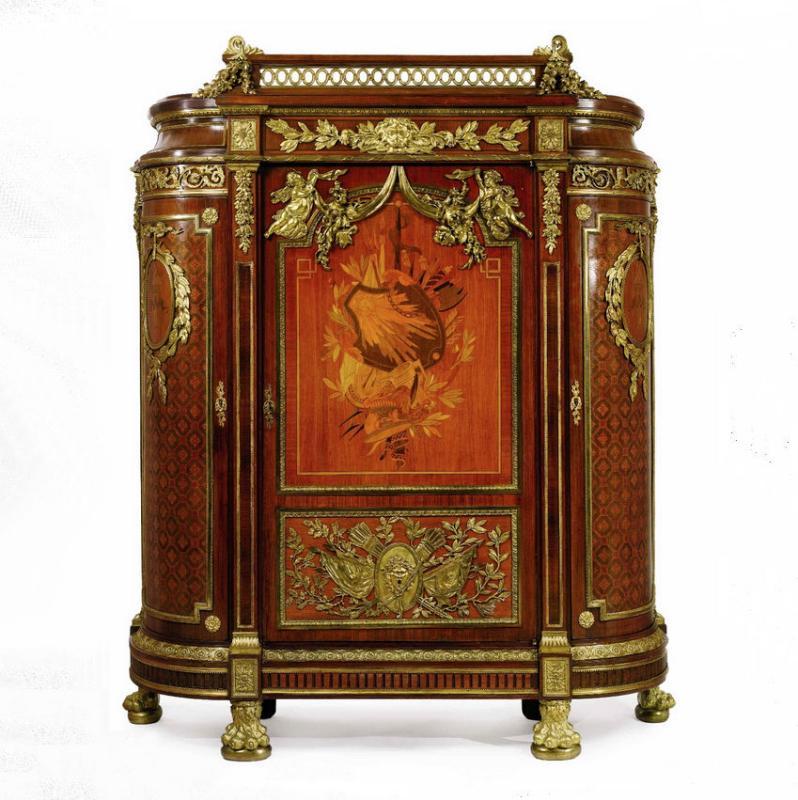 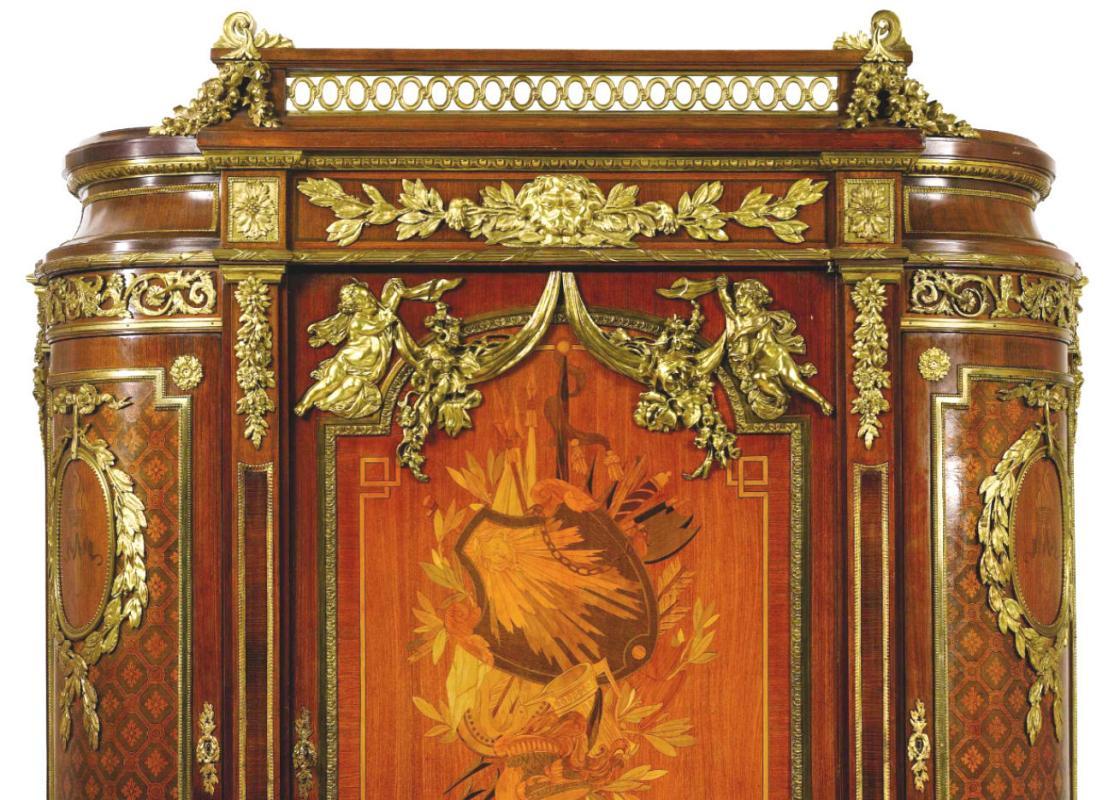 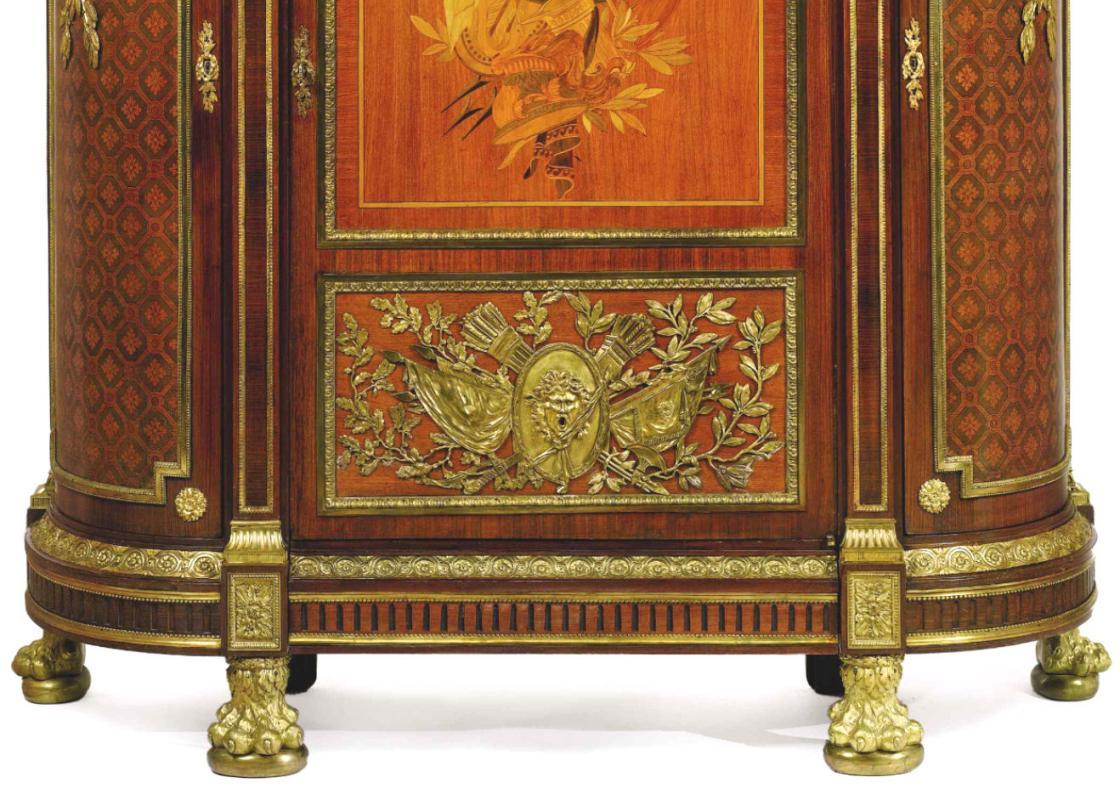 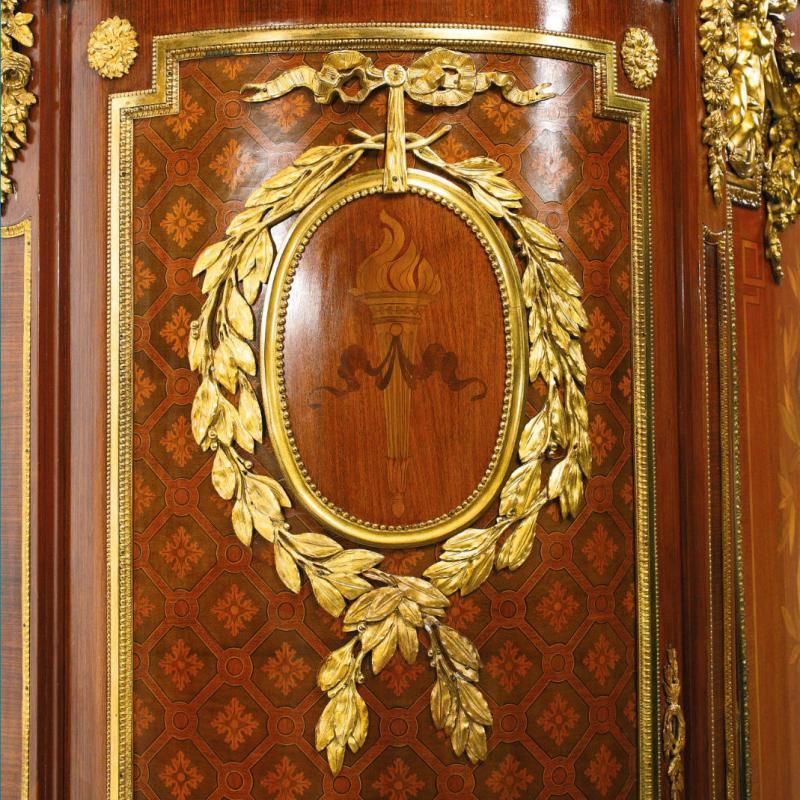 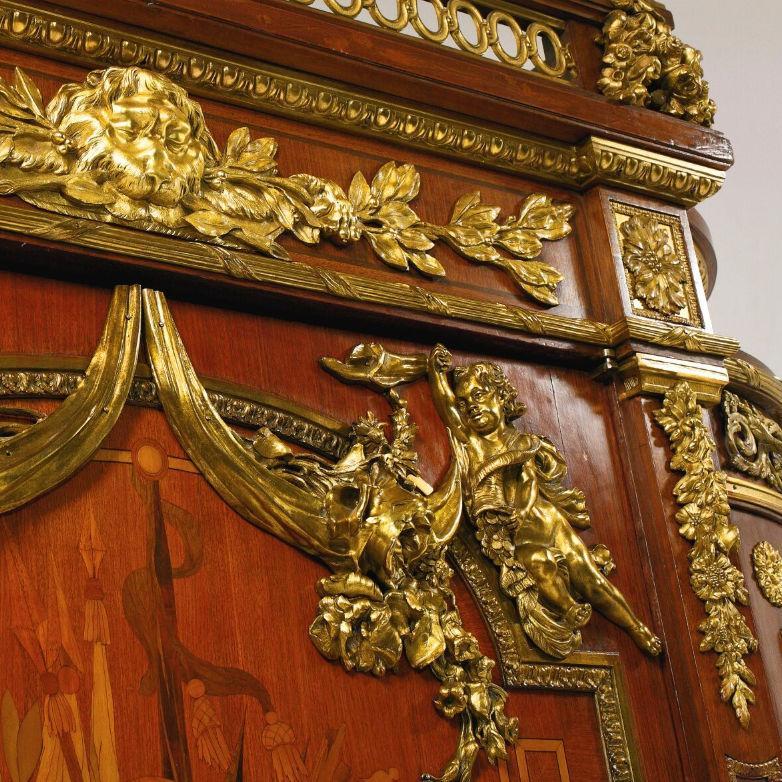 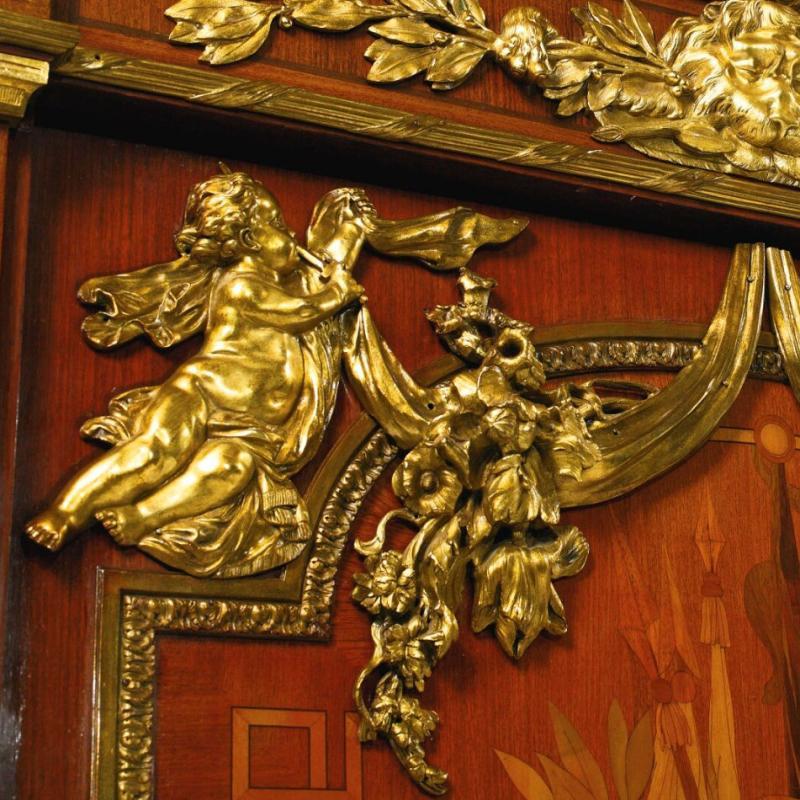 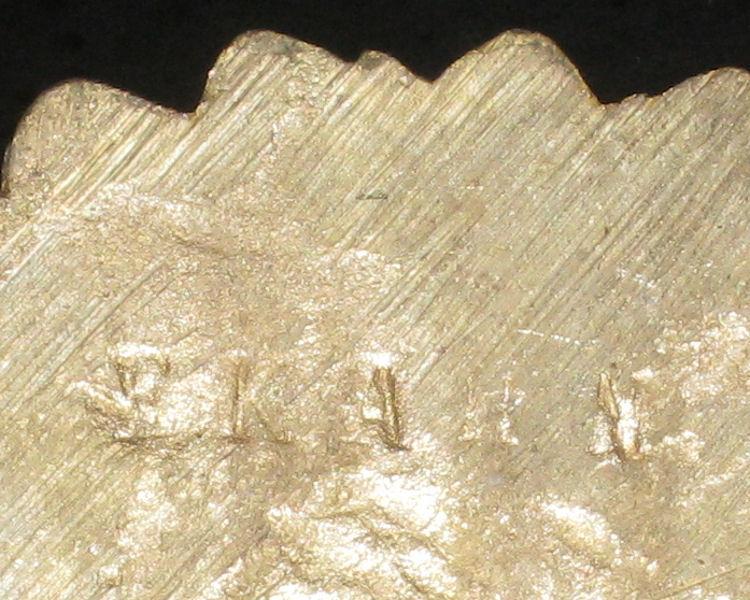 Our extraordinary, palatial sized Grand Cabinet Aux Armes after the original and celebrated commode by Guillaume Benneman (1750-1811) dates from the late nineteenth century and measures 98" (8 ft 2 in) tall, 60" (5 ft) wide and 22" deep. Crafted from fruitwood and mahogany, it features extensive and massive bronze mounts throughout by the French bronzier Emile Kahn, a leading bronzier working in France in the last quarter of the nineteenth century. Underside of mounts bear the stamped mark "E KAHN", and the lock shows the stamped mark E. LAURENT PARIS RUE DE CHARONNE.

The pediment has neoclassical guilloche, reed and tie, and foliate motifs. The frieze and side panels feature patera, rosettes, and egg and dart motifs. The center door features lovely marquetry with military arms motif, plus putti and swags, lion mask, and a lower panel with classical mask, arrow and drapery and foliate motifs. The sides feature floral and geometric parquetry inlay and marquetry inlay depicting flaming torches, surrounded by bronze mounts with foliate and tied ribbon motifs. The cabinet rests upon four enormous animal claw and ball feet. Each side and the center compartments are crafted from satinwood and mahogany and have adjustable notched shelving with two shelves each. Overall condition is good. There is some crackling to the parquetry noticeable on the sides, and scrapes, scratches and small chips here and there, noticeable near the base and on the curved parquetry panels on each side.

According to Sotheby's, E. Kahn et Cie. produced and sold the most celebrated eighteenth century models after designs by Weisweiler, Stockel, Cressent, Benneman, Gaudreaux and Riesener. With workshops in Paris and London, the firm also produced contemporary Edwardian furniture sold under the trade name E. Kahn & Co. Ltd. in the United Kingdom.

The commode from which this piece was inspired was produced by Benneman for King Louis XVI's apartments at Chateau de Compiegne in 1786.

According to Sotheby's, the original commode was supplied in 1786 by Guillaume Benneman for the apartments of King Louis XVI at the Château de Compiègne. It was said to be made by Sauvage for the Comte de Provence, the king's younger brother, to be later adapted by Benneman under the instruction of Jean Hauré for Louis XVI's Cabinet du Conseil at Fontainebleau.
The commode was on loan from the Palace of Fontainebleau and can be seen in an engraving in the retrospective part of the Union Centrales des Arts Décoratifs Exhibition, Paris 1882. See: De Champeau et. al., 'Les arts du bois,' pub. Quantin, 1883, p. 77.

72.4878 Victorian Mantel and Over Mirror