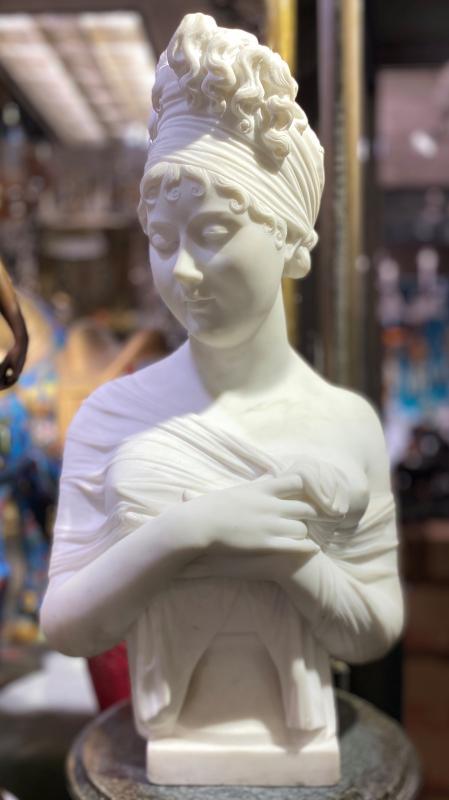 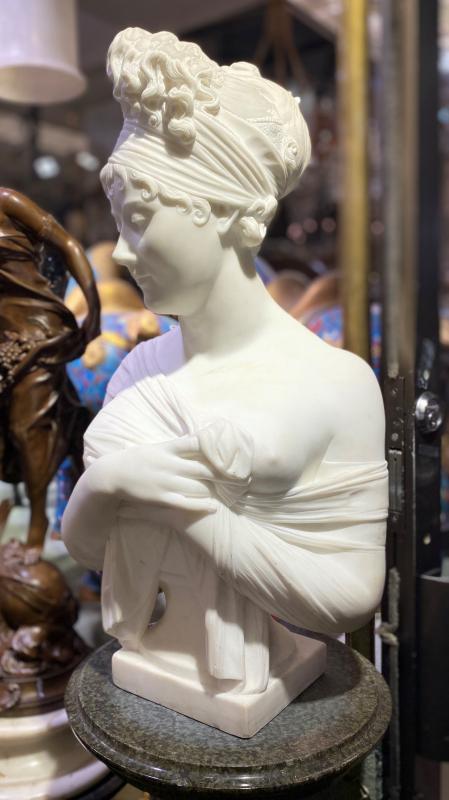 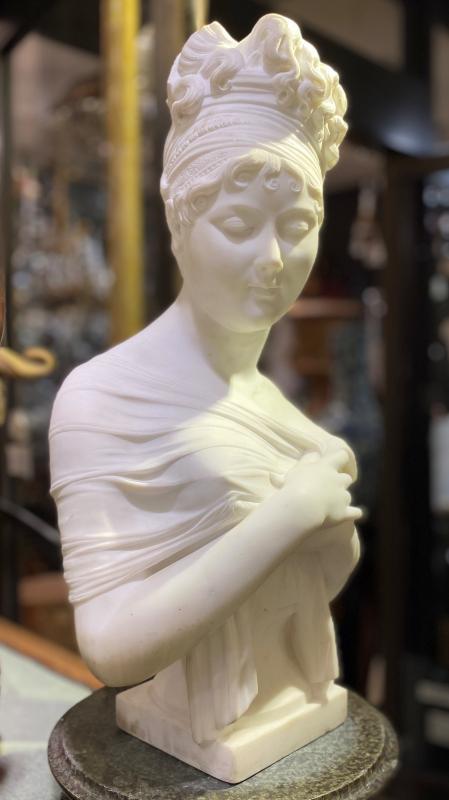 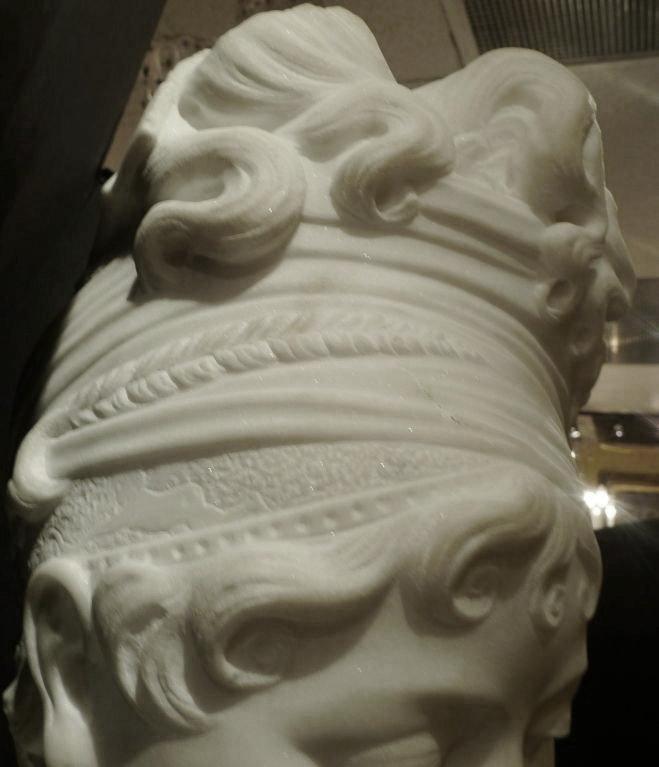 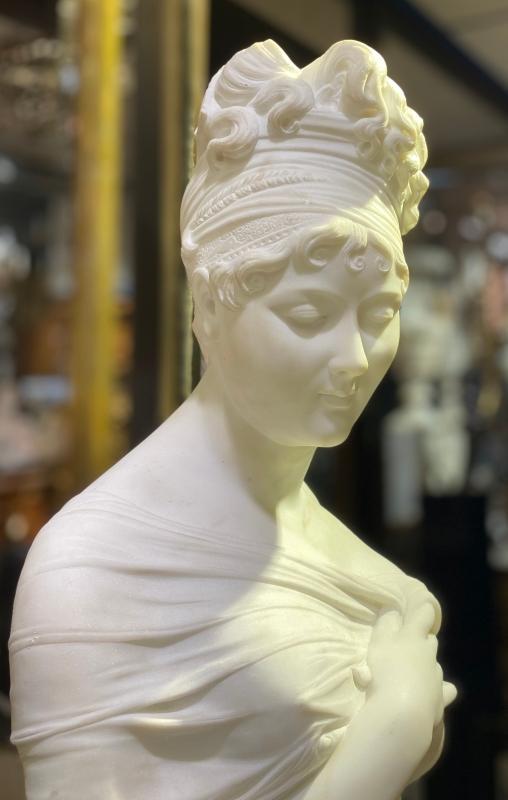 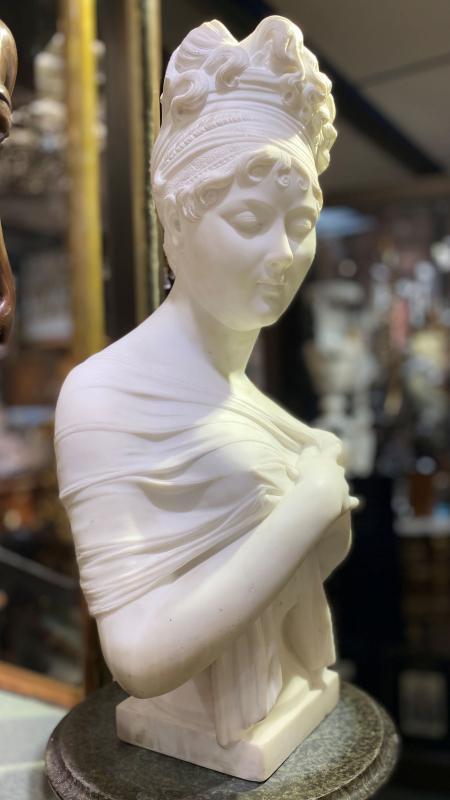 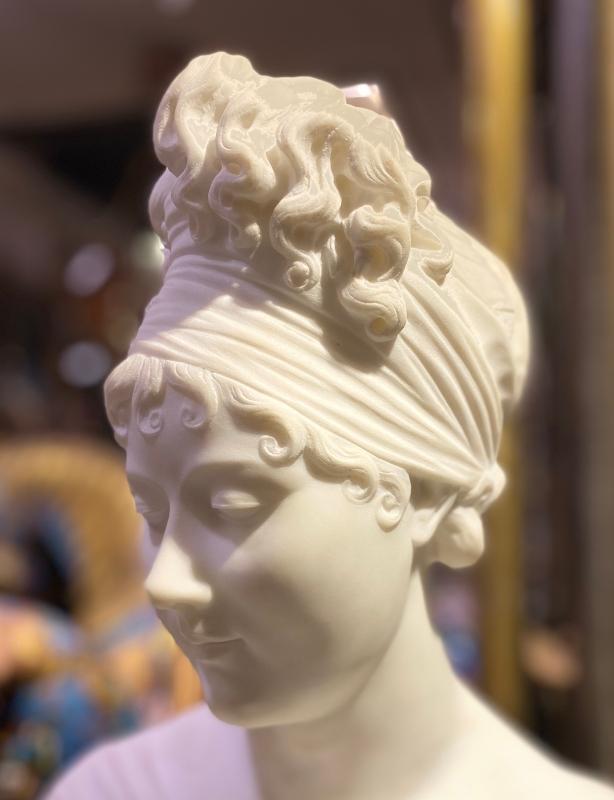 As stated by the Getty Museum, Juliette Reamier was celebrated in French Empire society for her beauty and love affairs. Married at fifteen to a wealthy lawyer who may have been her natural father, she had a loveless, unconsummated marriage and carried on numerous flagrant affairs, the most celebrated with the Prussian Prince Augustus, the youngest brother of King Frederick II. In her Parisian townhouse, she held a fashionable literary salon frequented by the political and educated elite. Some of the most accomplished portraitists of the era sculpted, drew, and painted her image. Chinard's terracotta bust, considered one of the most successful at capturing her spirit and beauty, was produced in several different versions in both clay and marble.