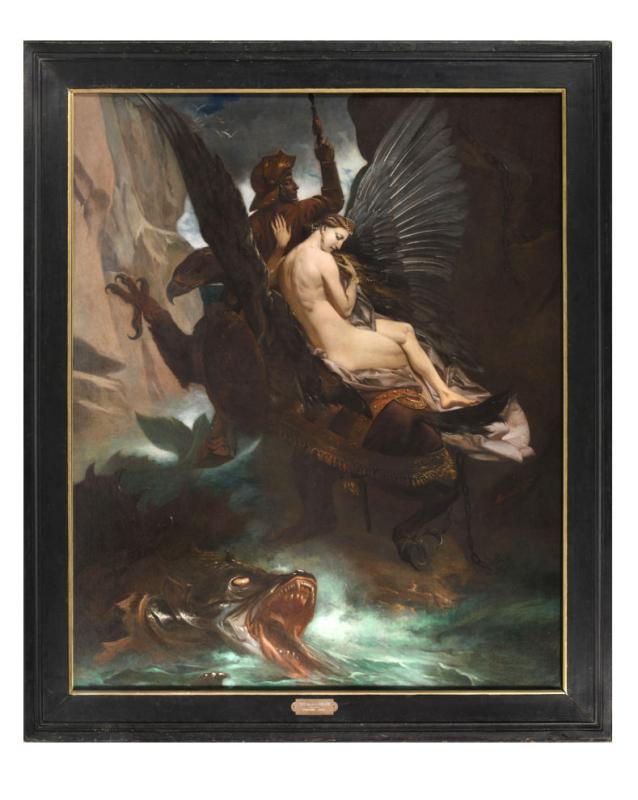 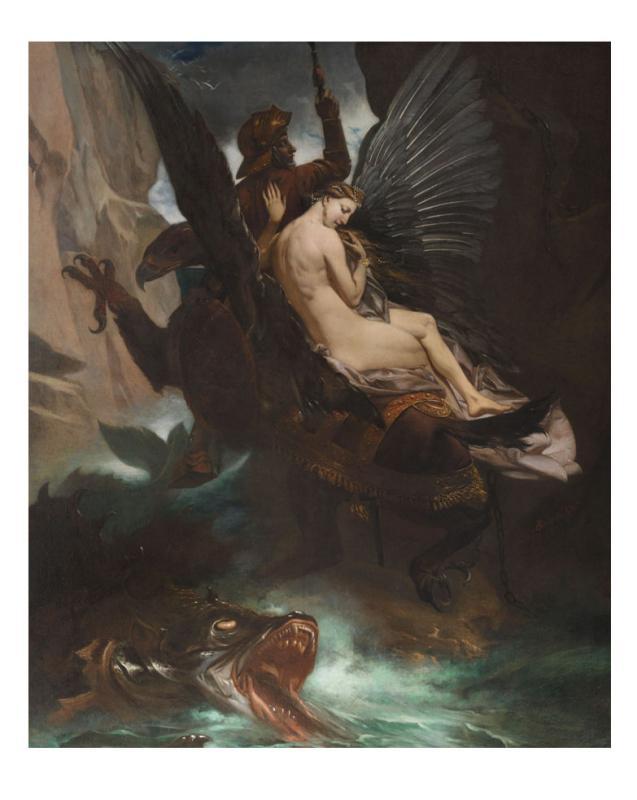 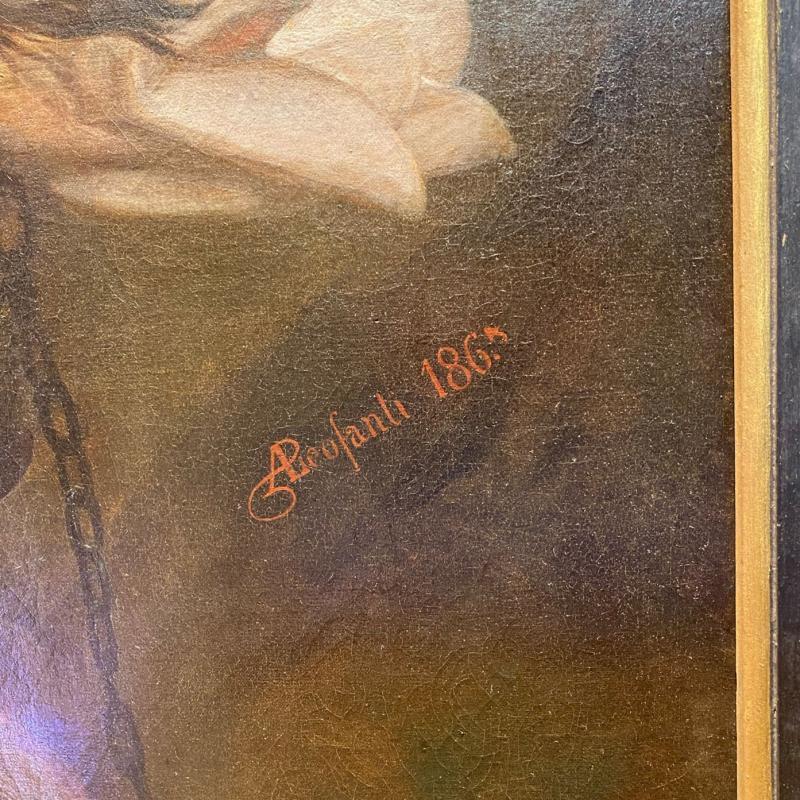 The artist was born in Rennes and came to Paris in 1860 to study painting with Lanno, Picot and sculpture with Jean-Baptiste Barre.  Upon the death of his maste in 1877, he inherited Barre's studio materials.  Leofanti exhibited at the Paris Salon from 1864 in painting section, where he gained an honourable distinction. From 1874, Leofanti painted less to focus on sculpture. In 1882, he exhibited Pro Patria Mori, a bas-relief rewarded with merit.

As many of 19th century artists, Leofanti was inspired by literature. In 1862, he painted this work depicting Roger delivering Angélique, from the 16th century epic novel Roland le Furieux by the Italian poet, Ludovico Ariosto, known as The Arioste. This specific subject has been represented by many artists during the 19th century, including Ingres, whose painting is in the collection of the Louvre.  Gustave Moreau found inspiration for many of his works in this novel too.  In the story, Angélique, the beautiful princess of Cathay's kingdom, has been brought to France by the famous paladin Roland in hopes of making her loving him. But Renaud de Mautauban Ferragus and Sacripant also desired her love.  Angélique succeeded in escaping all these suitors, but during her escape she is kidnapped by pirates. They abandonned her on Ebude's Island, attached to a rock to be devoured by the Orc, the savage marine monster.  A valiant knight saw this beautiful woman stranded, and enchanted by her beauty, Roger mounted his hippogriff, born from a griffin and a mare.  The knight killed the monster with his lance and delivered the beautiful princess.