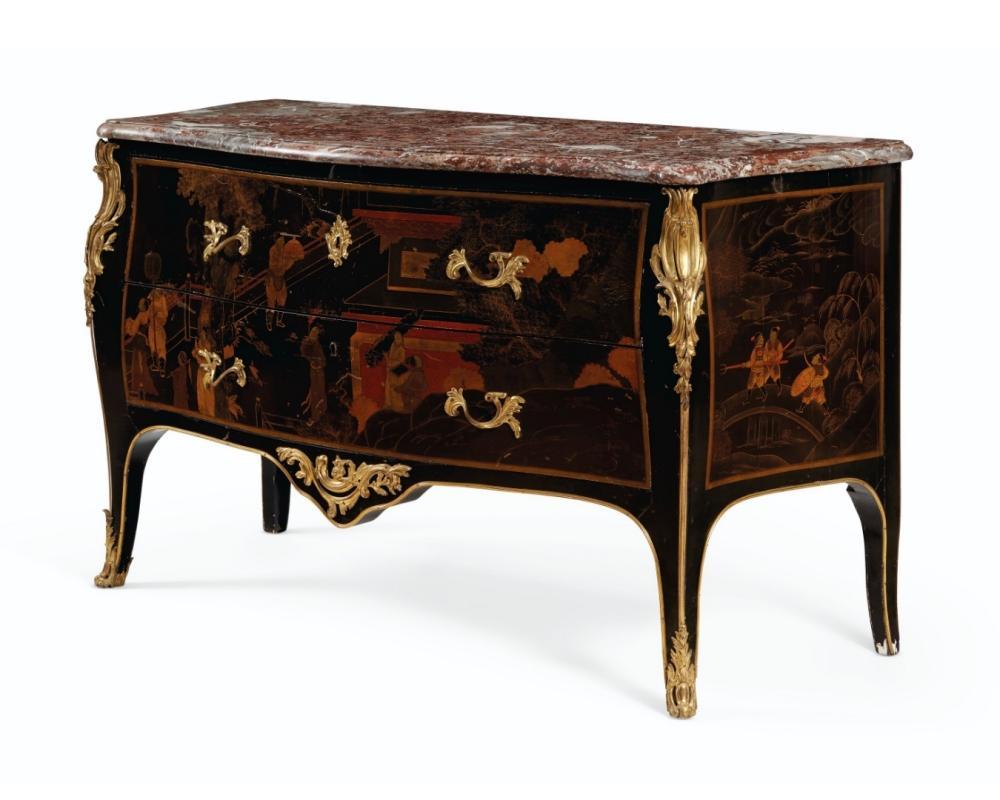 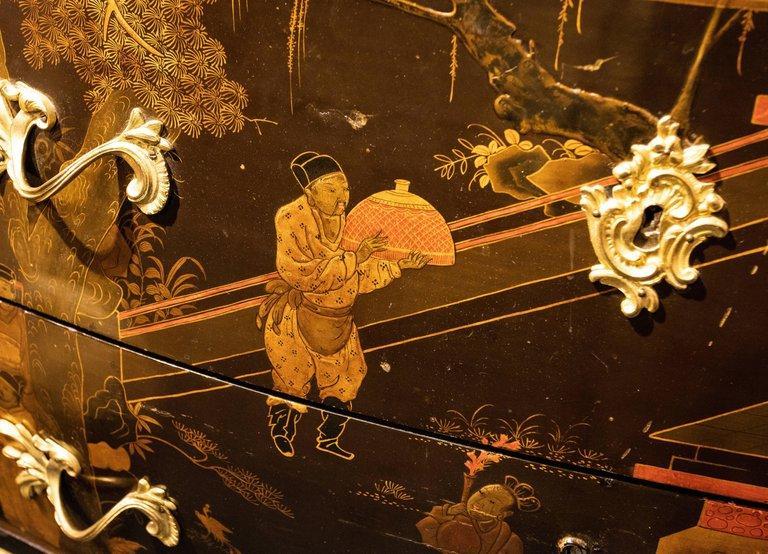 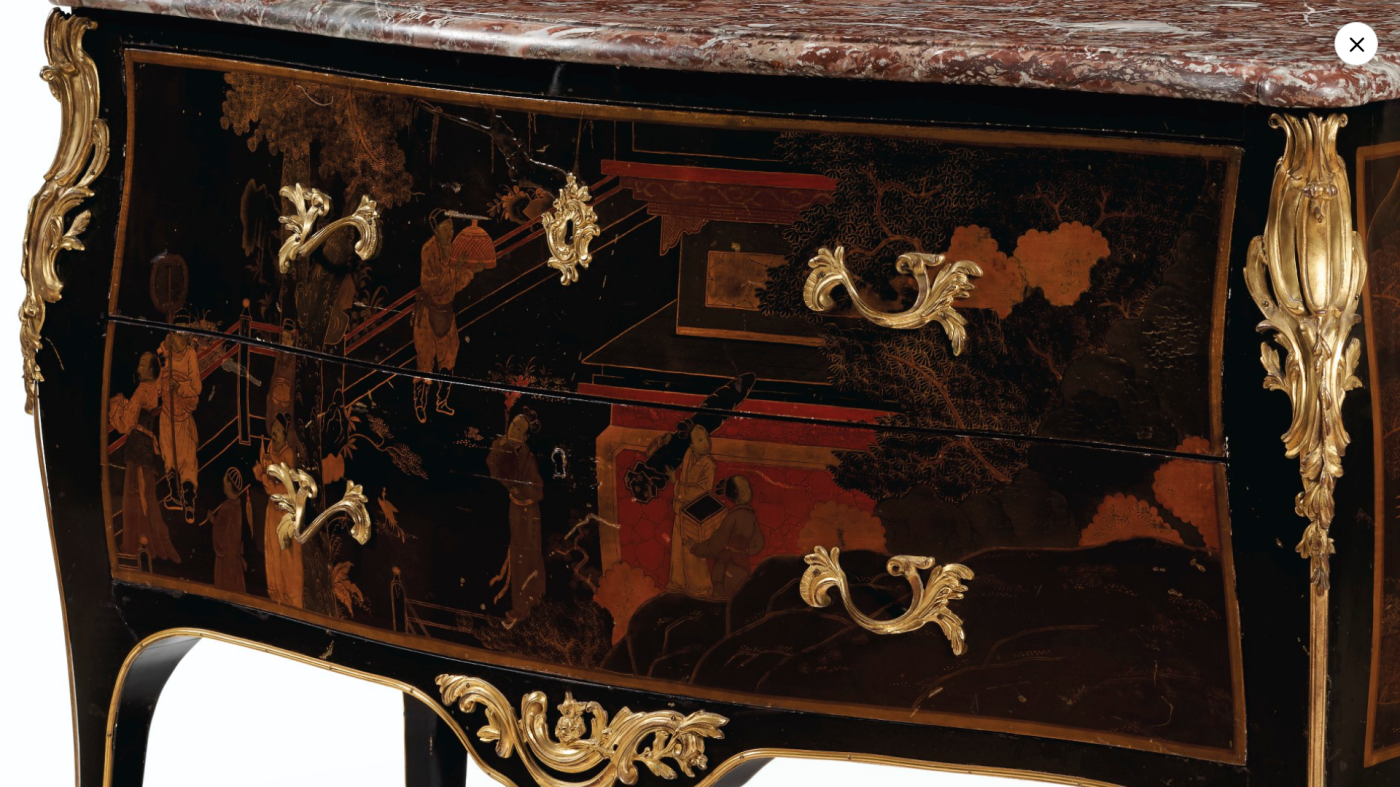 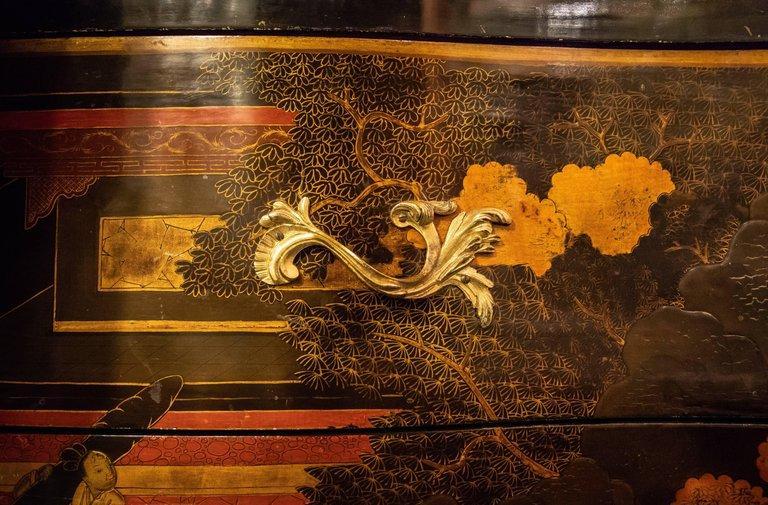 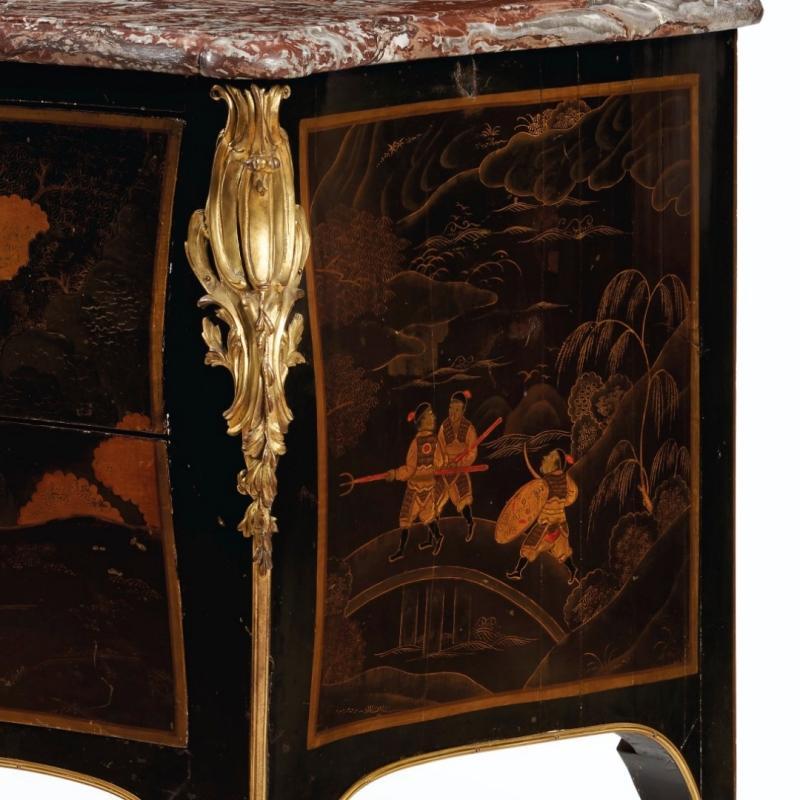 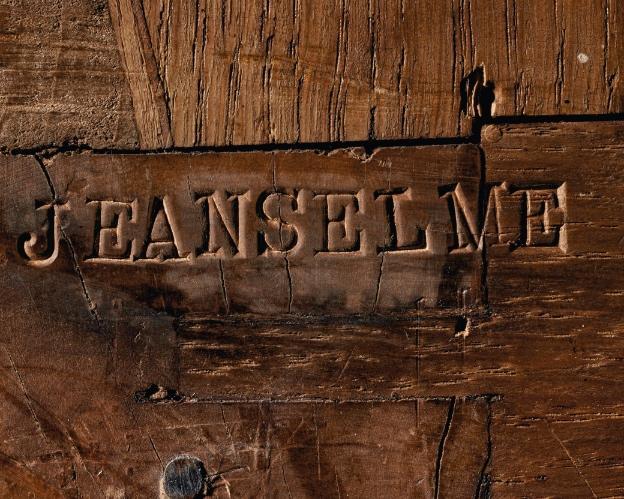 This wonderful commode from Jeanselme of Paris dates from the 19th century, and features an arc-en-arbalette rouge royal marble top and two drawers with polychrome decorated panels with scenes of Chinese figures in a landscape with pavilion, on black lacquered ground, with similar scenes on left and right sides, plus ormolu bronze mounts including pierced foliate sabots and border along its splayed legs and underside, plus foliate scroll mounts at the shoulder and foliate shaped drawer handles and escutcheon.  The top of the carcass carries the familiar stamped mark, JEANSELME.  Measures:  34 x 53 x 25 in; 86 x 135 x 63 cm.