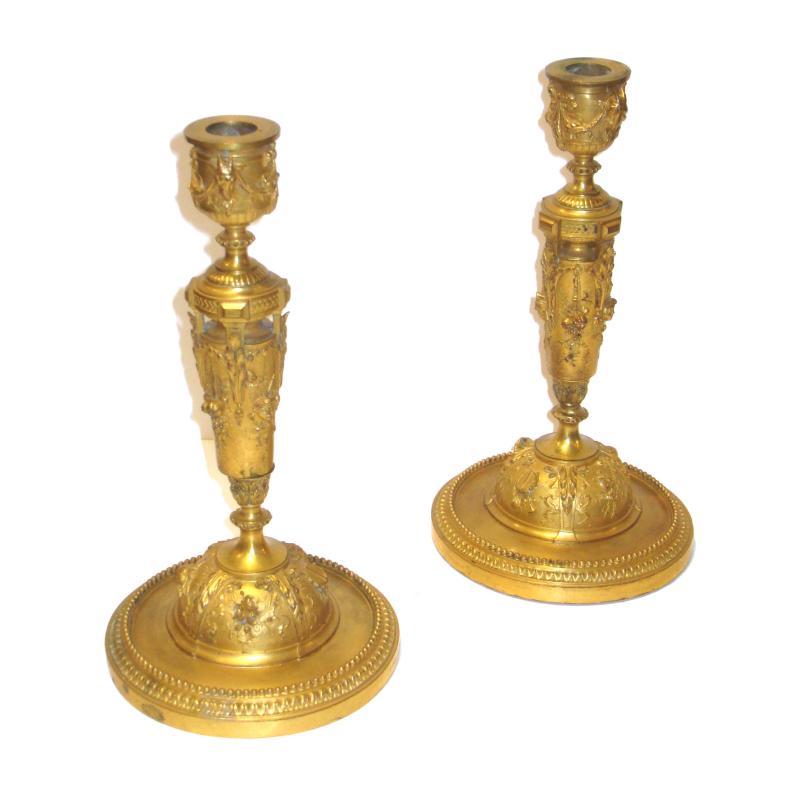 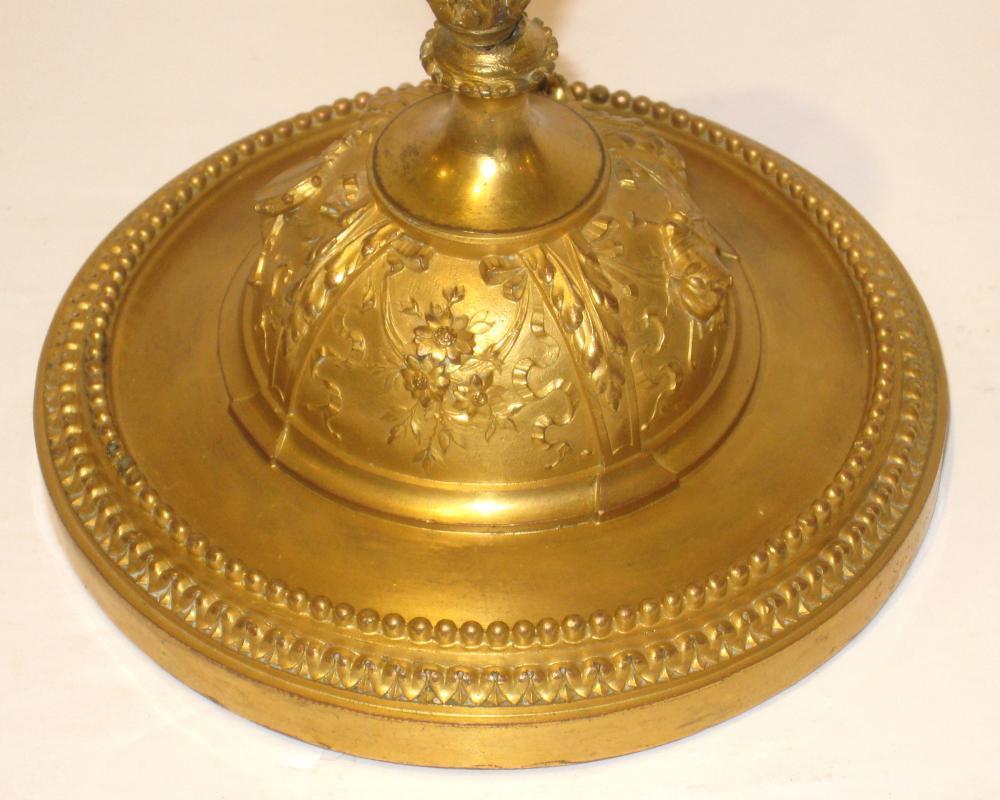 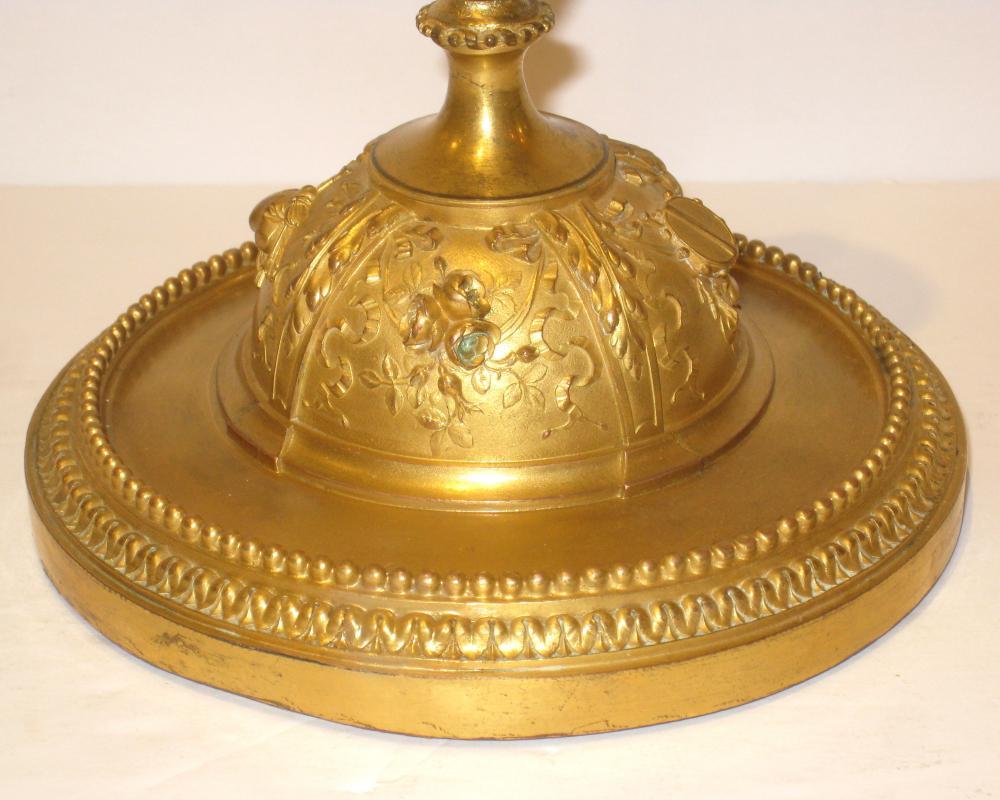 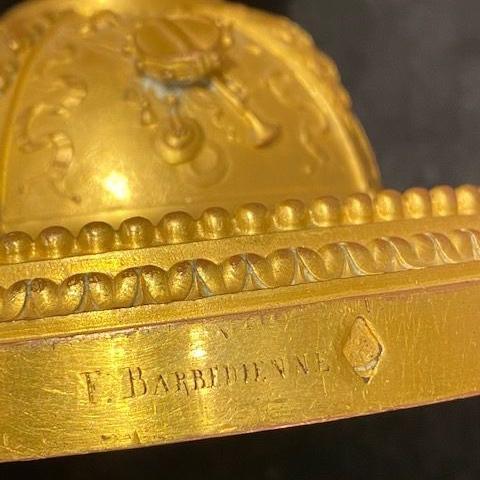 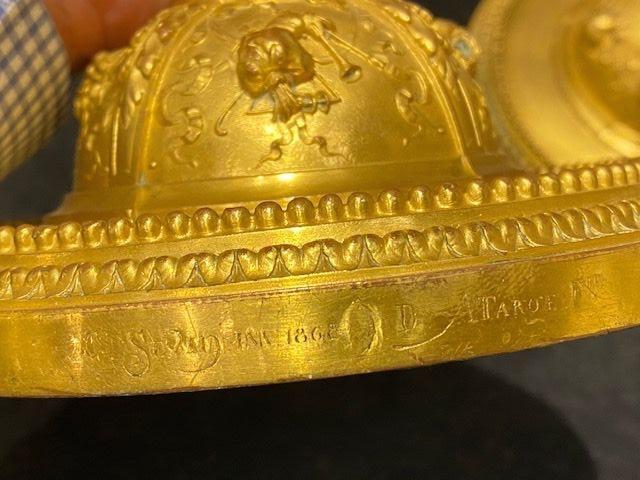 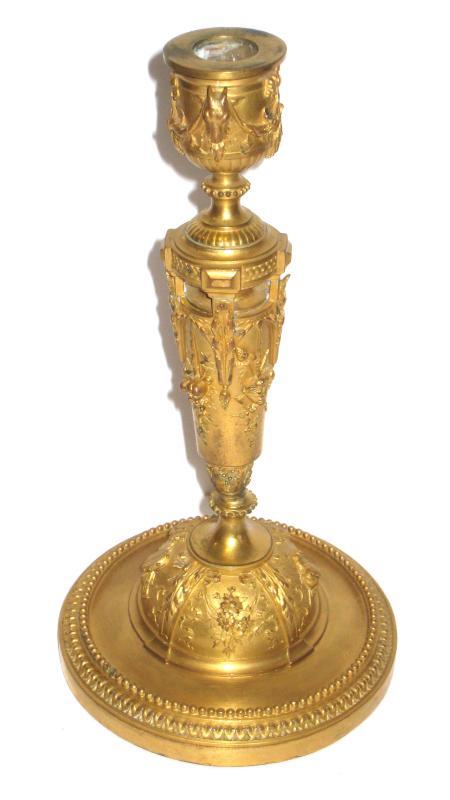 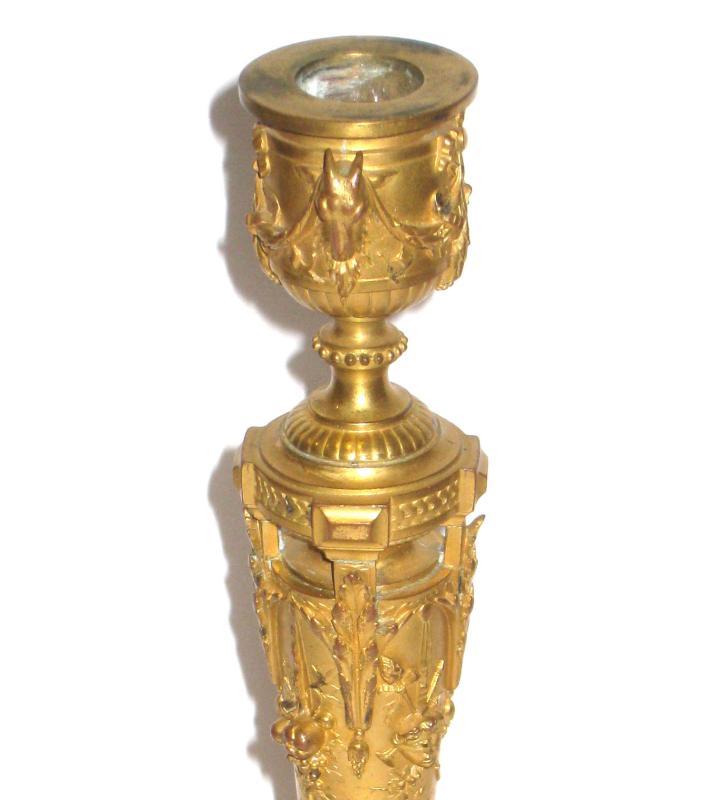 Our pair of neoclassical gilt bronze candlesticks were designed by Louis-Constant Sévin (1821-1888), sculpted by Désiré Attarge (1820-1878) and cast by Barbedienne.  Their exquisite design includes a tapering columnar form with urn-form socles decorated with goat masks and swags, plus stems decorated wtih musical trophies, fruits and foliage set upon a circular domed foot with beaded edge.

Marked "Sévin ano 1868 D. Attarge" with the "F. BARBEDIENNE" mark.  Drilled for electricity sometime in the late 19th or early 20th century, with rod installed to accommodate lamp hardware, and recently restored to fill these holes with molten gilt bronze at an expense of $400. Each measures 11.5 in (29.2 cm). Condition of each is good. There is some surface grime in crevices, light signs of verdigris, and an inward bend to the side of the base on one candlestick.

The original model was exhibited at the Universal Exhibition of Paris of 1878 and a pair resides in the collection of the Musée d'Orsay and the Musée du Second Empire at the Palais de Compiègne.  Désiré Attarge won the Crozatier prize in 1862 and 1864, awarded to the best French chiseler.

Sevin was the revered leading designer for Ferdinand Barbedienne in Paris, but was a widely respected designer who provided models to other leading firms in cabinet making, clock and jewelry making.  He had an expensive knowledge and appreciation of design history, particularly onrmental motifs from the Far East.  His collaboration with Barbedienne started in 1855.  At the World's Fair in 1862 Sevin was awarded for his designs in cloisonne enamel based on Greek and Oriental motifs.  While at Barbedienne he designed works for the royals in Holland, Belgium and England.  In 1867 he was awarded the rank of Chevallier (Knight), Légion d'honneur, and Officier (Officer) in 1878.  At the Exposition Universelle in Paris in 1889 he was honored by the exhibition of several of his finest designs.  Today his designs reside in museums across France and elsewhere.