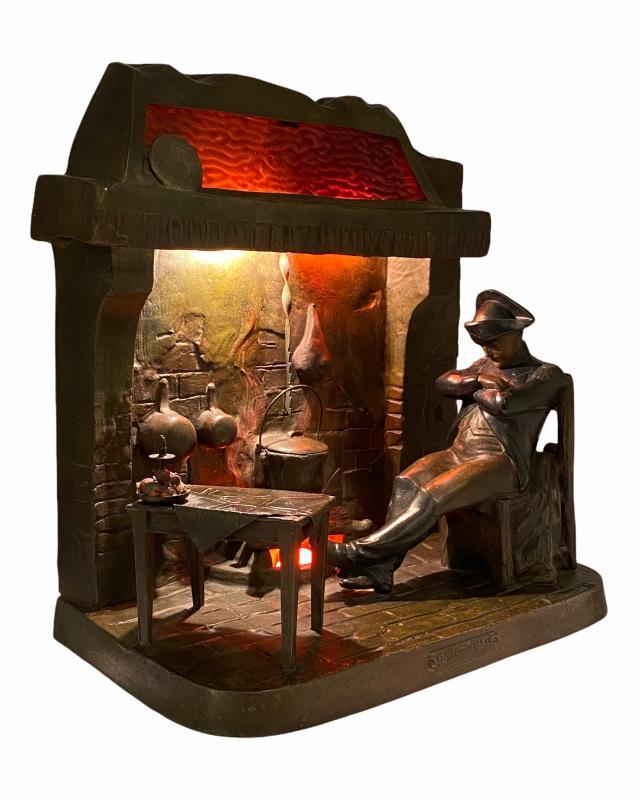 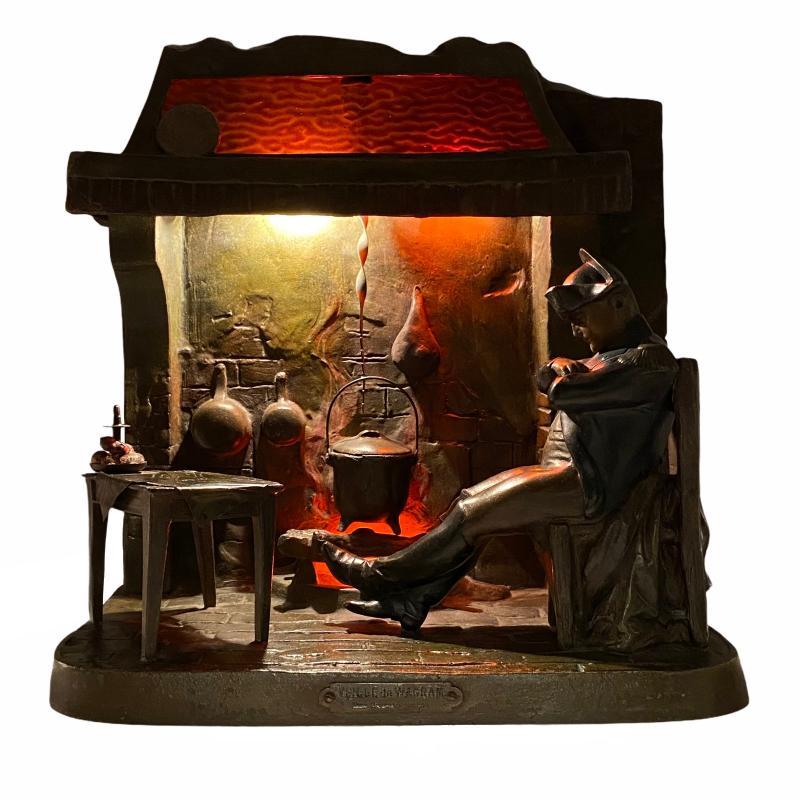 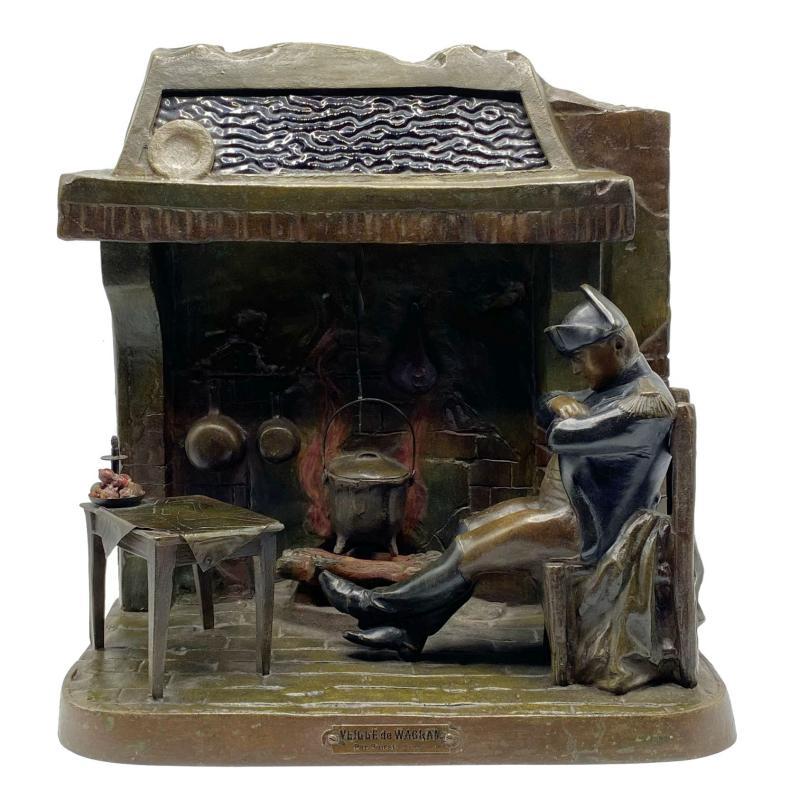 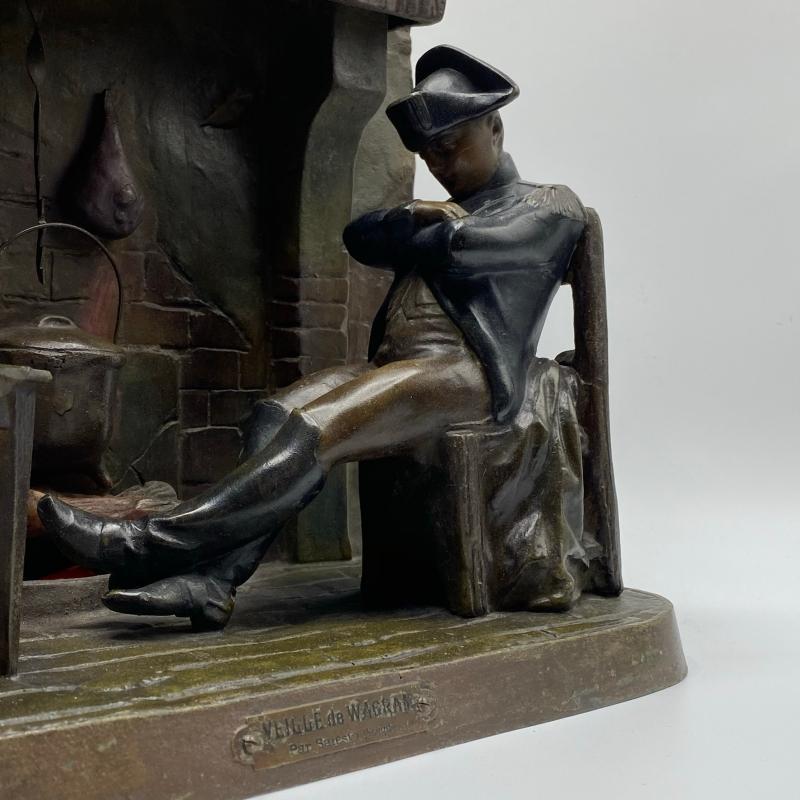 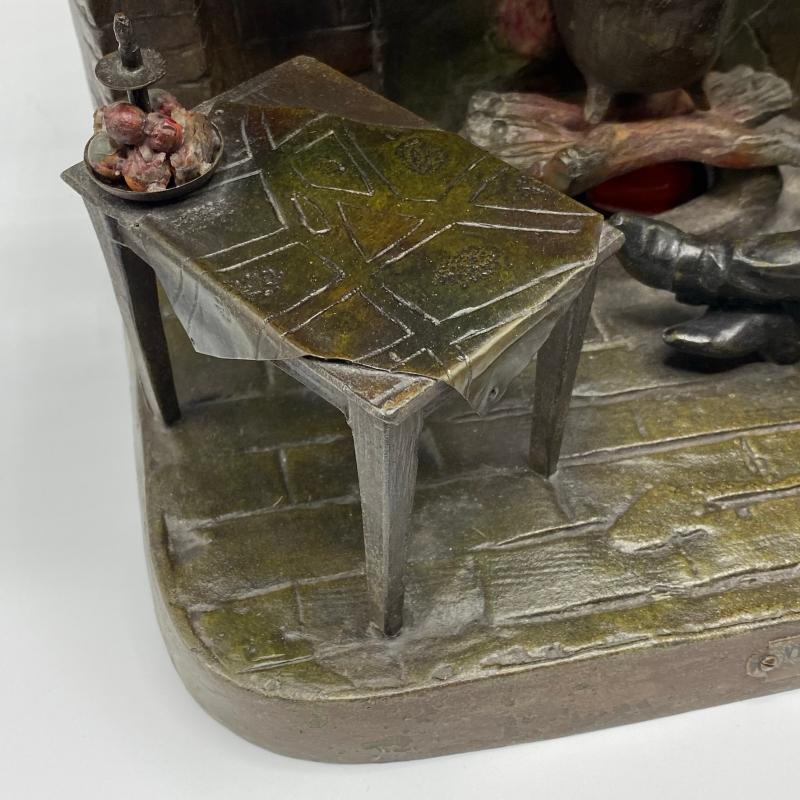 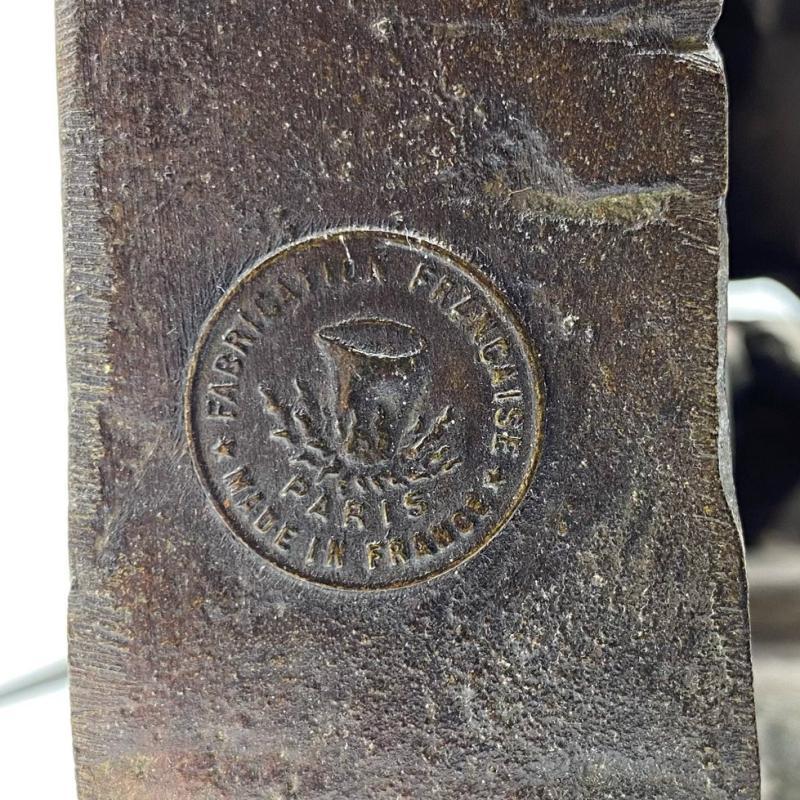 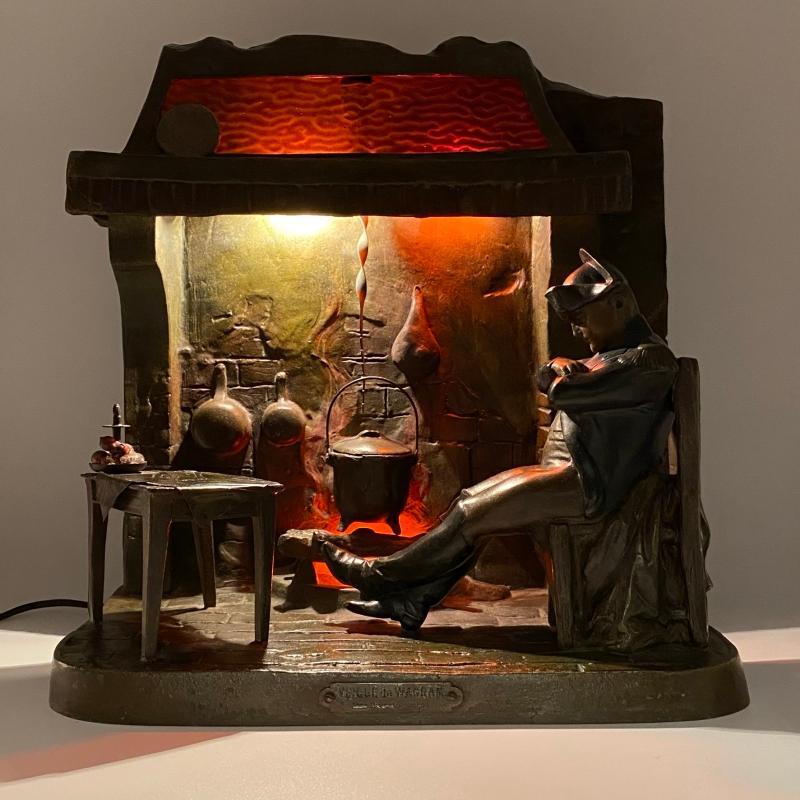 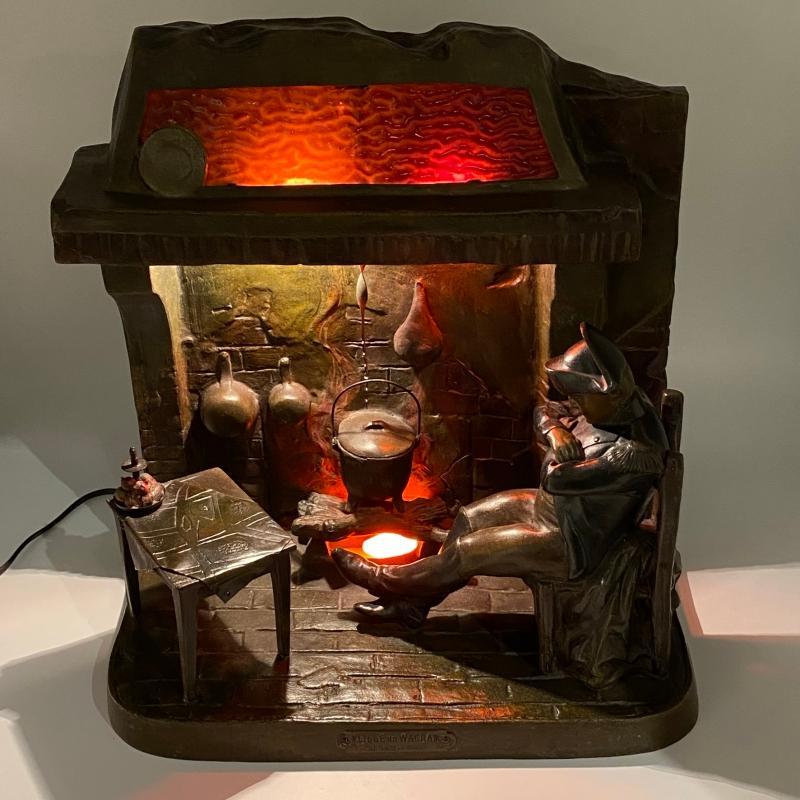 Our charming patinated metal (speltor) sculpture, entitled Veille de Wagram (Eve of Wagram), after the original by Luighi Salesio (1890-1925) depicts a contemplative Napoleon resting beside a hearth fire on the eve of the Battle of Wagram.  It carries a nameplate that reads VEILLE de WAGRAM par Salesio (Sculpt).  It carries the stamped mark FABRICATION FRANCAISE PARIS MADE IN FRANCE.  This battle of the Napoleonic Wars in 1809 ended in a costly victory for Emperor Napoleon Bonaparte's French and allied army against the Austrian army under Archduke Charles of Austria-Teschen.

In good working condition.  Wiring is old, and we recommend replacement.

The foundry dates to 1892 and is believed to operated until the outbreak of WWI.  They are known worldwide for their fine reproductions, commonly in spelter with patinated finishes, of classical and period sculpture and decorative art.