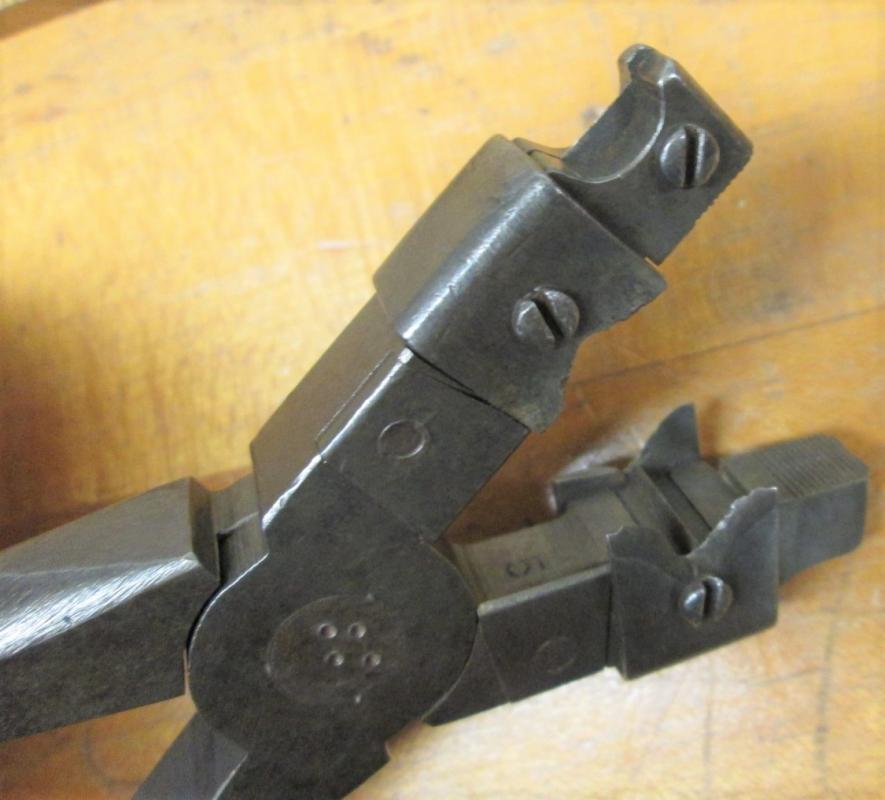 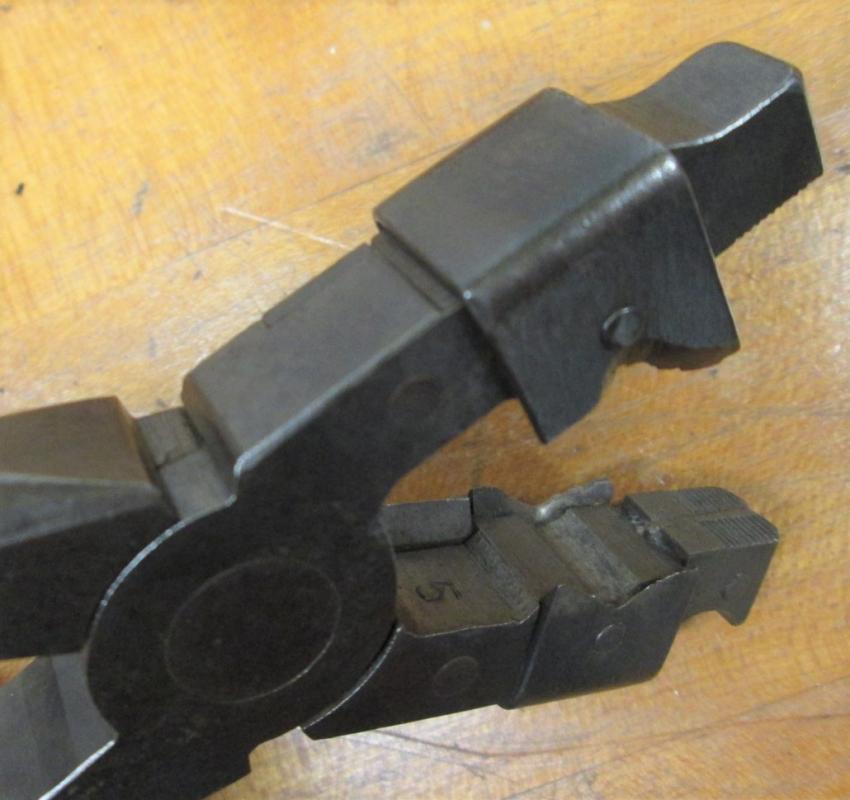 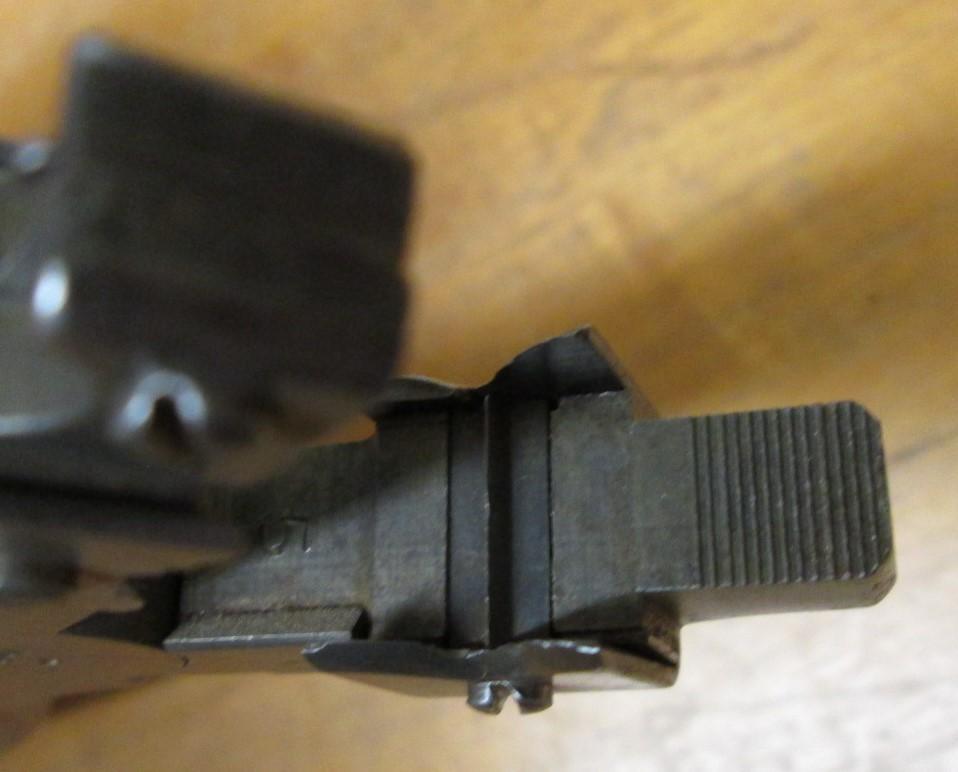 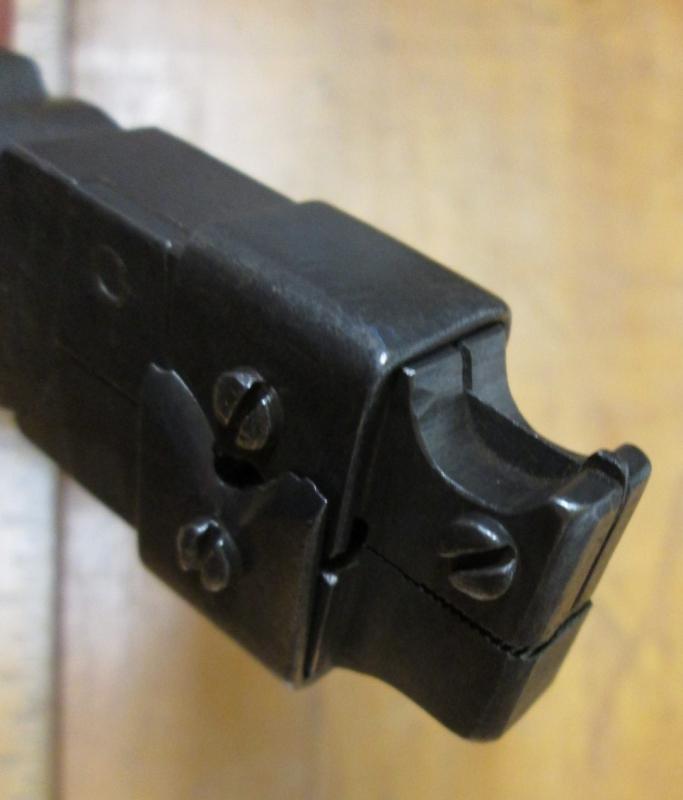 This is a very well made pliers with several functions and features! It is not marked by the maker but reminds me of bell system pliers we have sold in the past. At the tip of the jaws is the flat serated part that will firm hold something even as thin as paper. On the outside of the one jaw in the tip are is a curved indentation that has a very thin blade inserted into the center sort of like a razor blade with a little raised nib at one end of the blade. Behind these features is the wire stripper section with openings and cutting features on both ends of the opening. It the middle of the opening is a cross-wise wedge shaped bade that is fit in-between the two wire stripper cutters which I assume is to bare wire of it's insulation somewhere mid-length without cutting it. Behind all mentioned so far is the wire cutter feature which is a pair of cutters on each jaw side that come together with a sharp edge to cut the wire. As you can see in the photos, the pliers are in great shape overall, no rust, no damage, we note one of the wire stripped cutters has a cut in it that is not the same as the other side, but still cuts.  Overall in good working order as all the other features are in great shape.  A rare pliers!