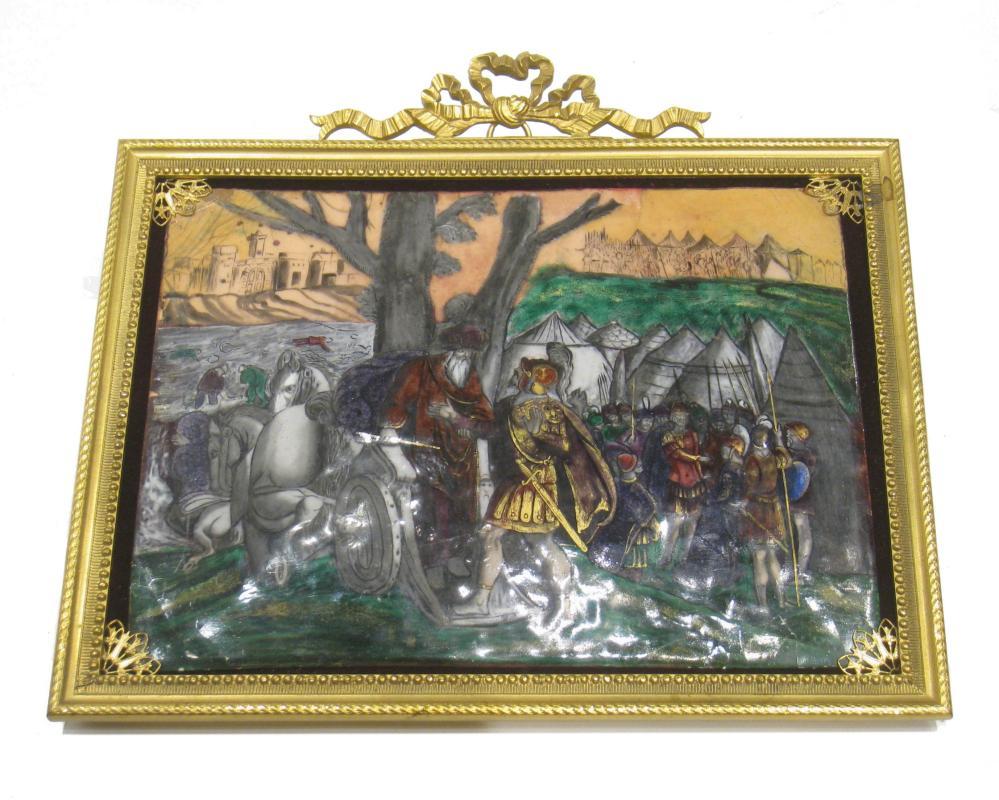 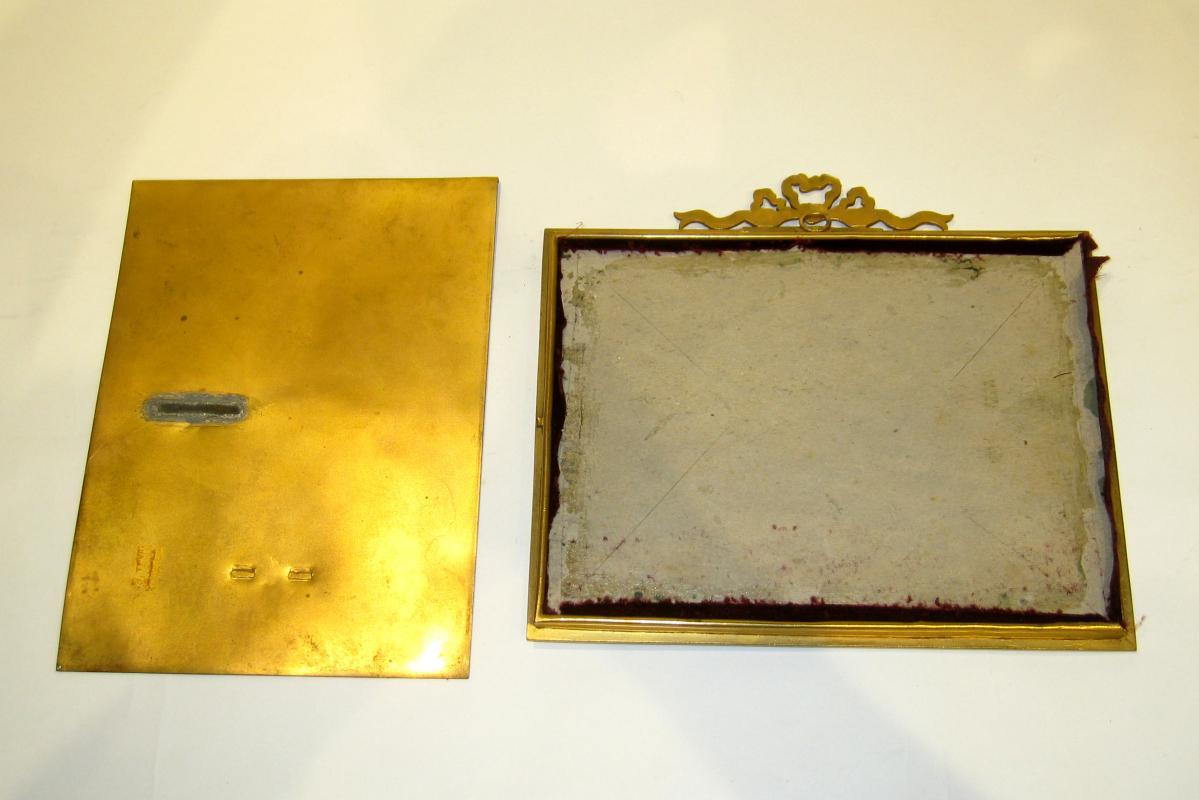 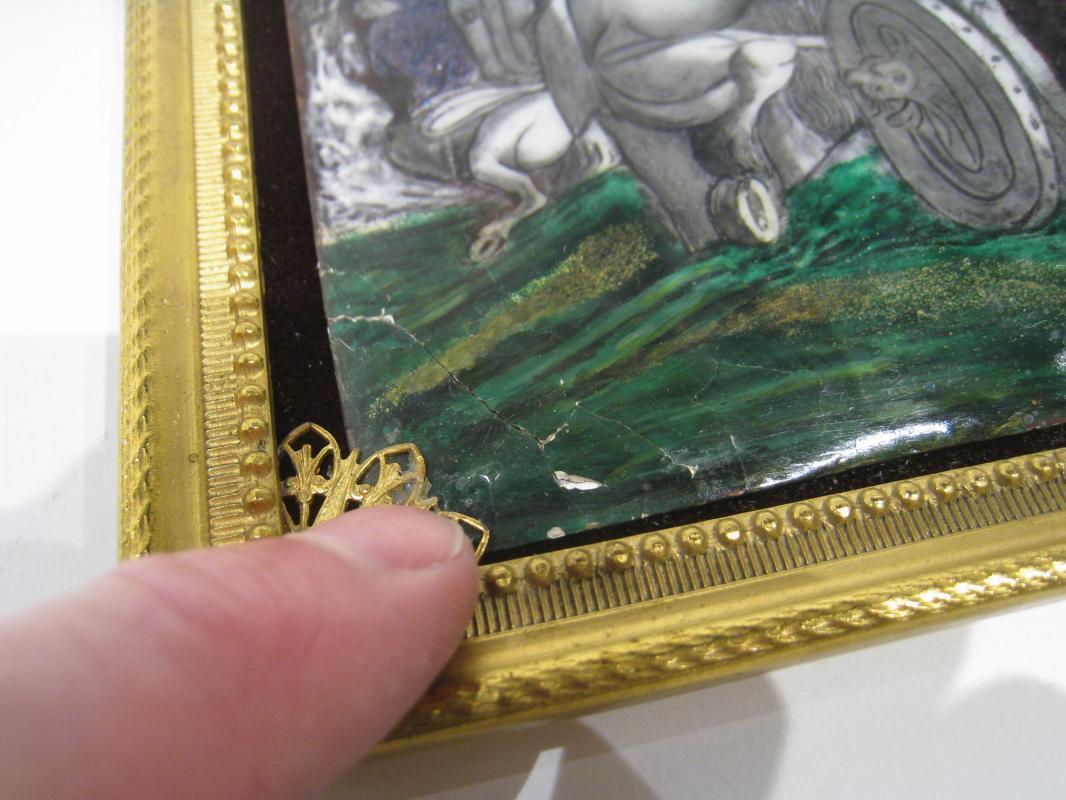 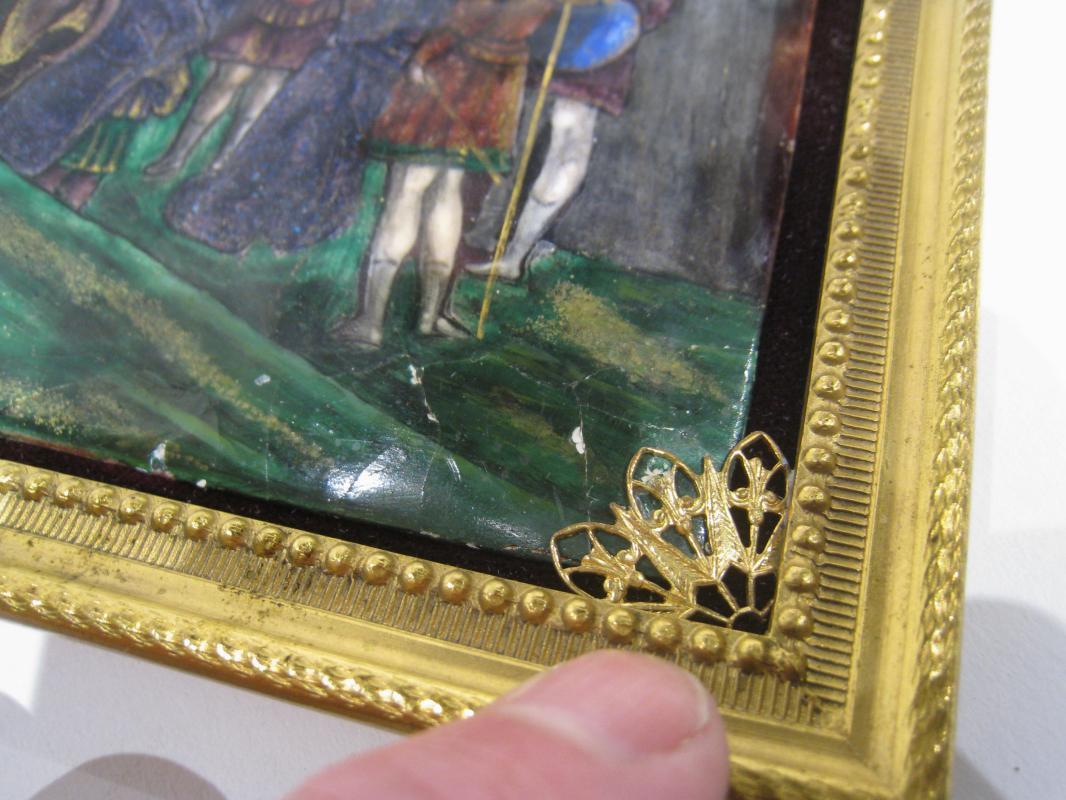 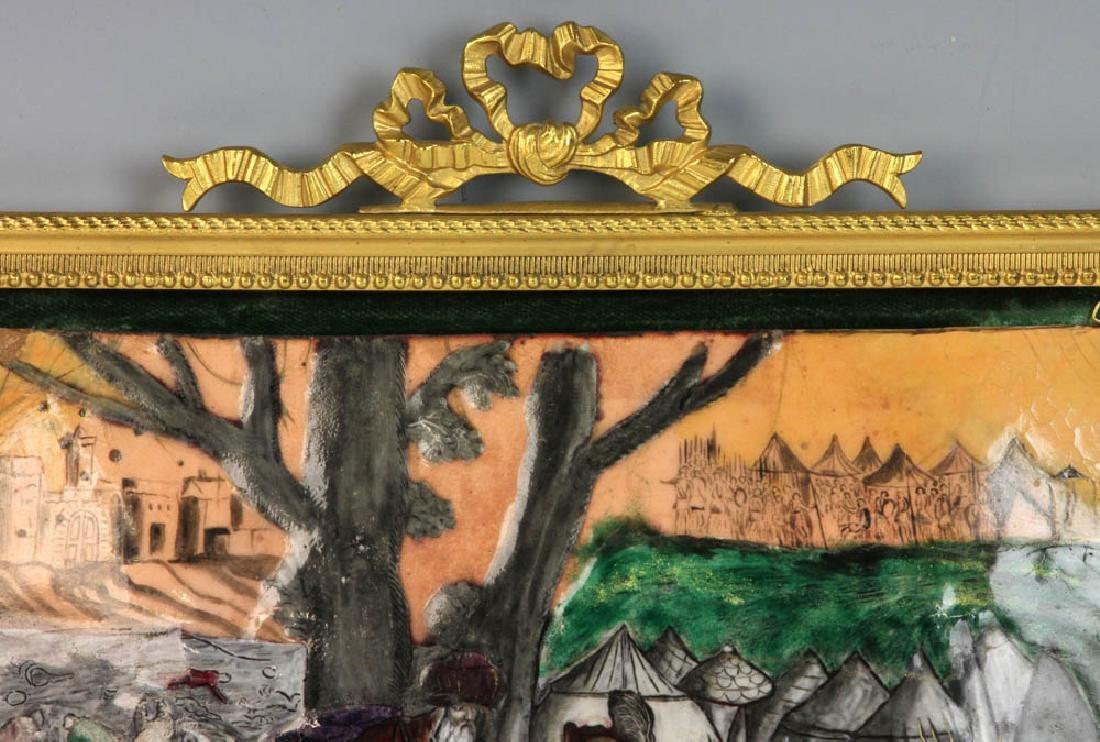 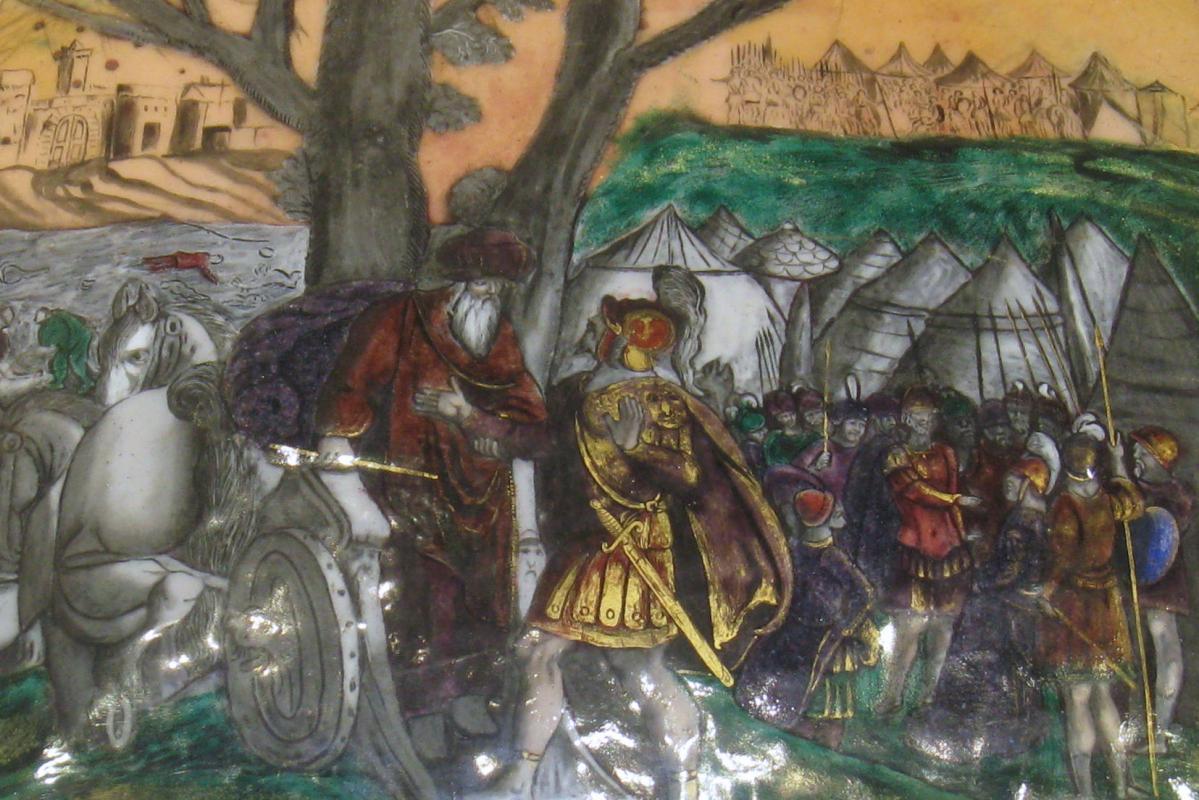 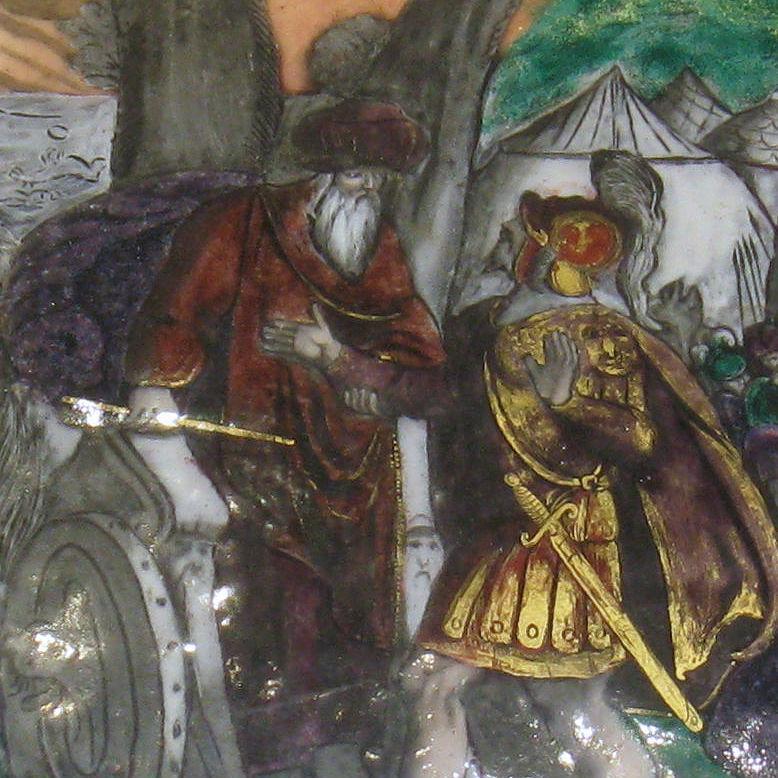 Our enamel plaque, circa 17th-18th century, likely from Limoges France, measures 6.25 by 8.5 inches and depicts a Roman general meeting an old man with long hair and staff (a sage, perhaps) standing in chariot, with legions of soldiers and their battlefield tents in the background. Mounted in finely crated gilt bronze frame dating from the nineteenth century, measuring 9 by 10 inches. Condition is good. There are cracks to the enamel and small losses at the corners.

The scene possibly depicts the story of the demise of the Holy Roman Emperor, Frederick Barbarossa, known as Frederick (Friedrich) I (1122-1190). Widely considered to be the greaterst of medieval emperors for his ambition, battlefield succeses, duration of rule and the reestablishment of Roman rule of law, he has been the subject of numerous legends over the centuries.

Leading his army in the Third Crusade in Asia Minor, he was said to have drowned in the River Calycadnus on the northern frontier of Syria near Cilicia. It is this event that we believe may be depicted in our plaque in the classic medieval storytelling manner. Shown is an encampment and gathering of foot soldiers in the background. The foreground shows its leader grasping the arm of an elderly Sultan standing in a chariot. In the background on the left is an Islamic citadel with river in front containing the body of a drowned man, with men motioning at the banks.