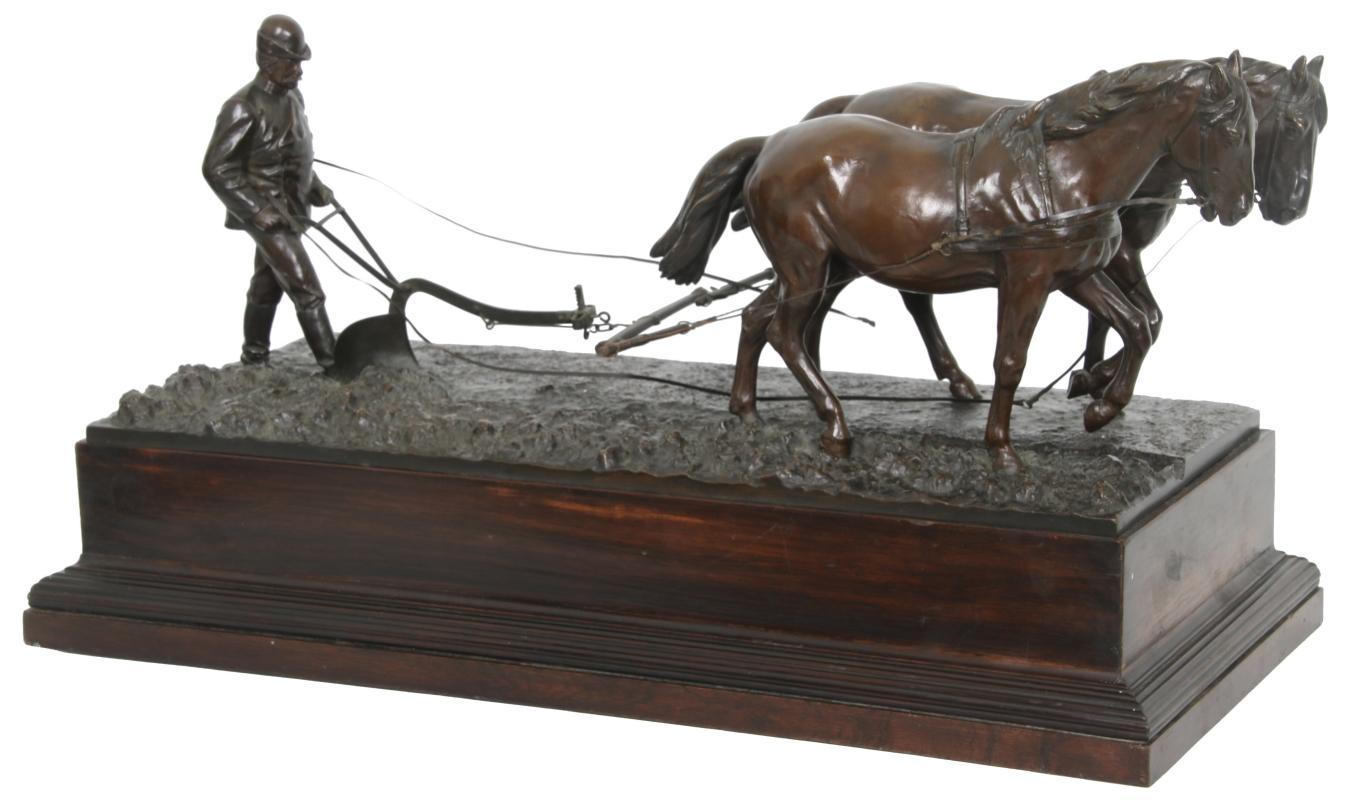 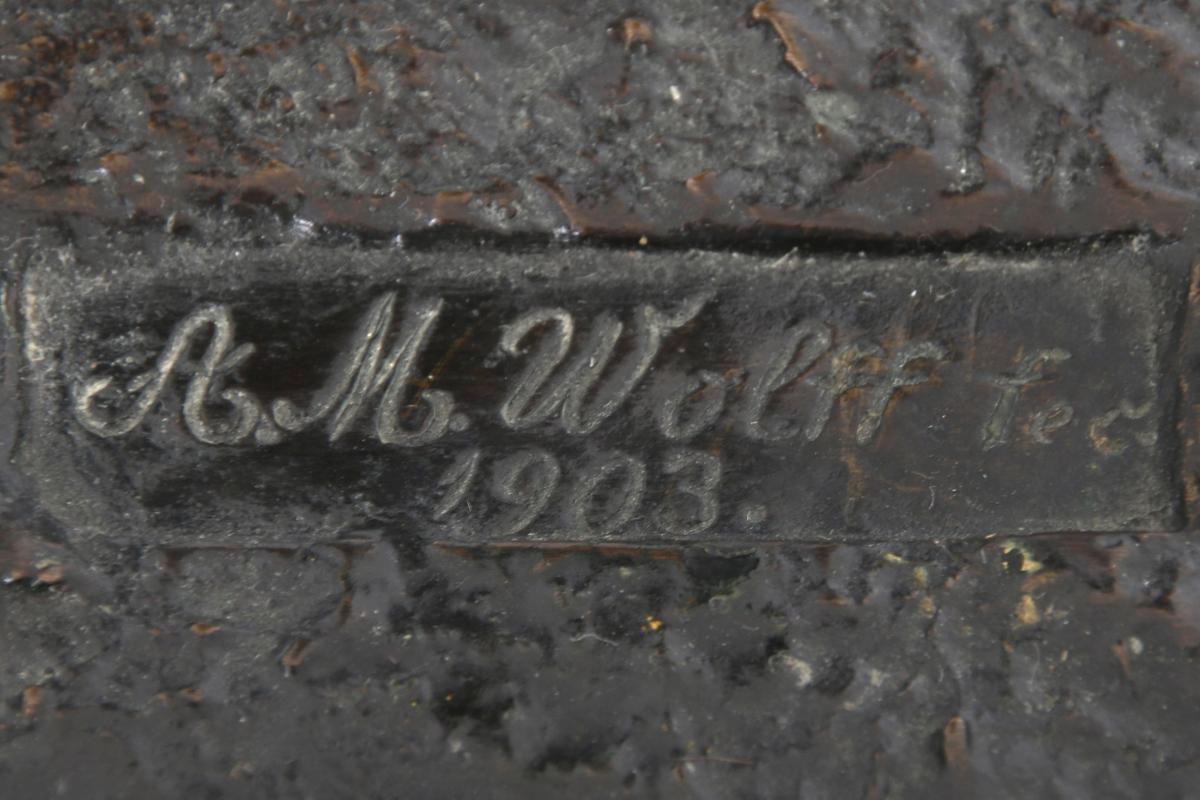 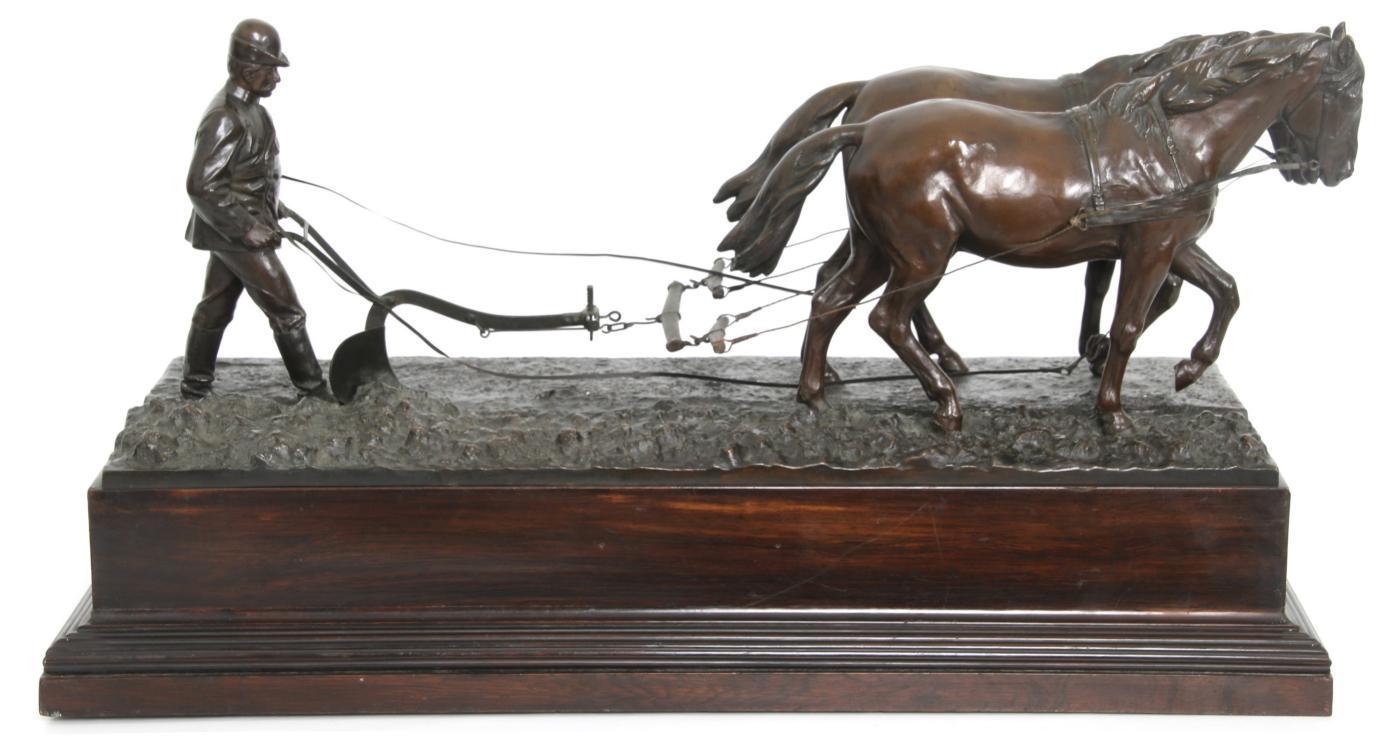 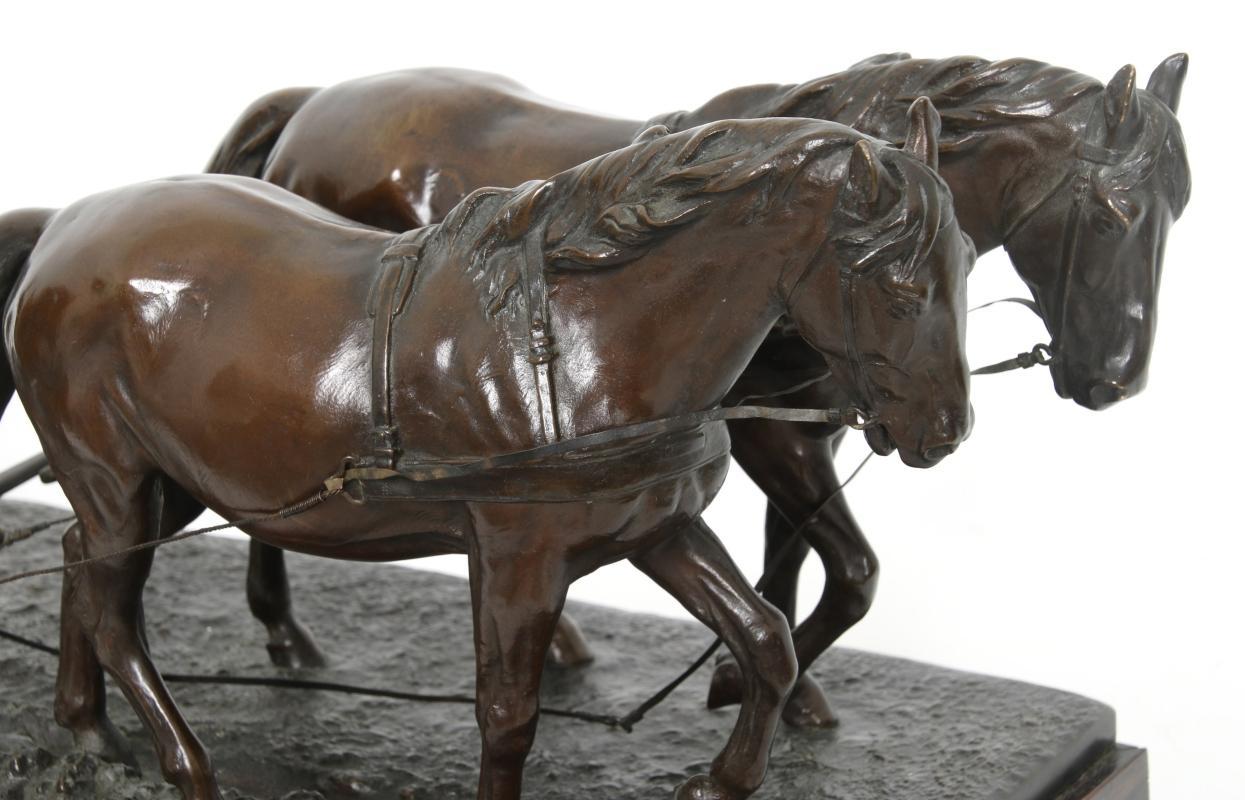 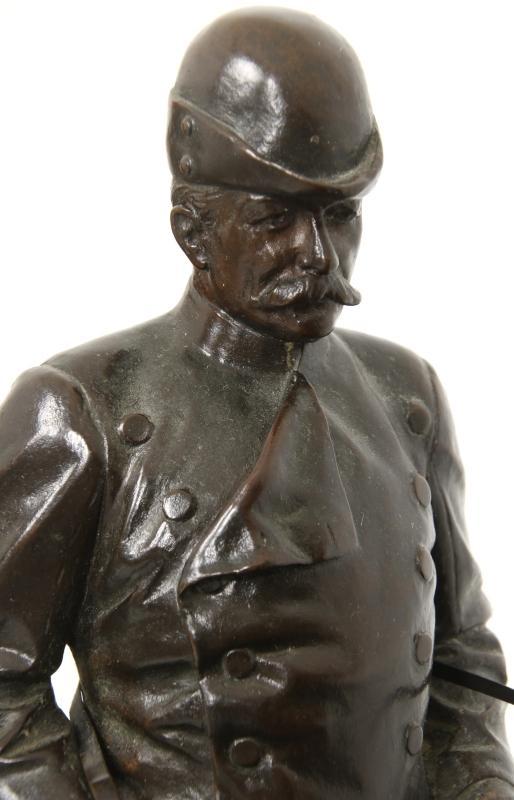 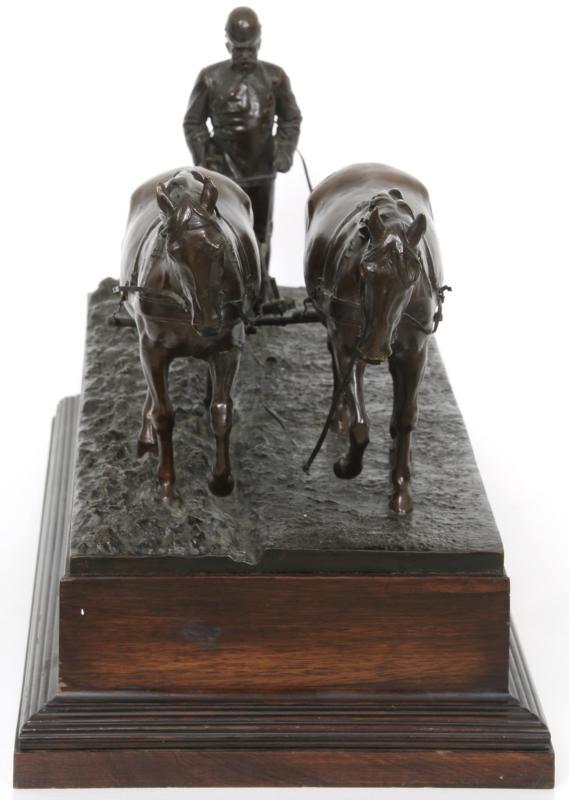 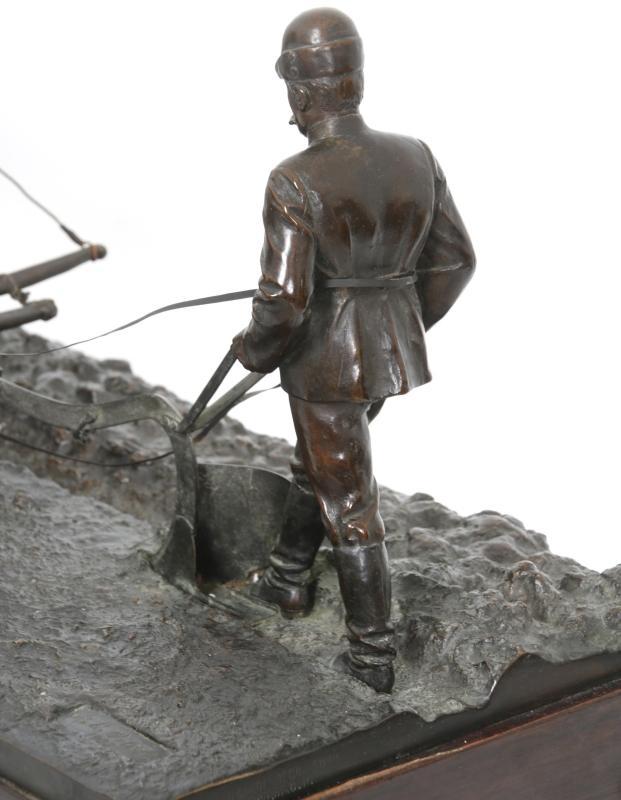 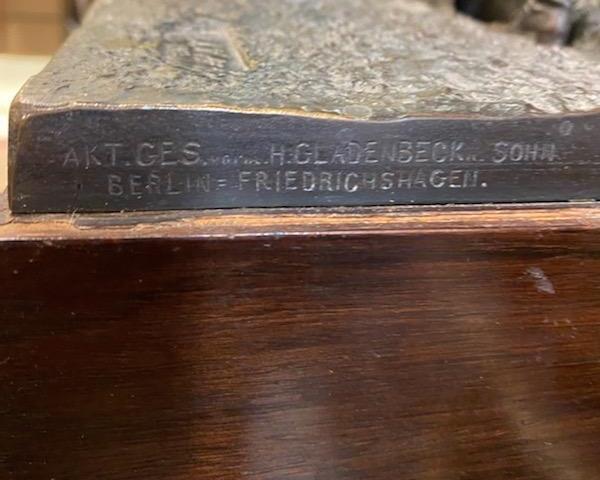 This exceptionally sculpted work was cast and finished at the Aktien-Gesellschaft Gladenbeck foundry of Berlin.   Opened in 1851 by Carl Gustav Hermann Gladenbeck, the firm was one of the finest in Germany, known for bronze castings of the highest quality, and operated until 1926.

The artist can be linked stylistically to Lanceray and Gavrilov, and is known for his figurative sculpture depicing ordinary Russian characters of his period, plus exotic figural subjects from the middle east and elsewhere.

Other recent sales at Sotheby's of Moritz' bronzes in similar subjects include: