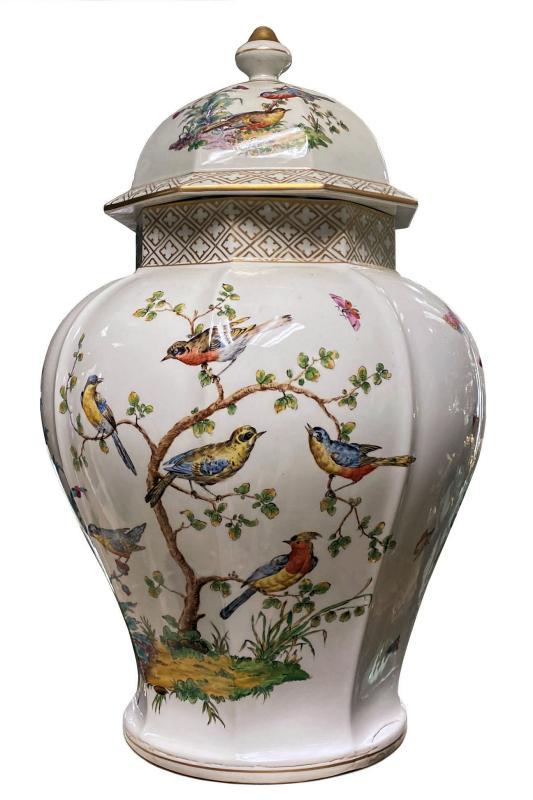 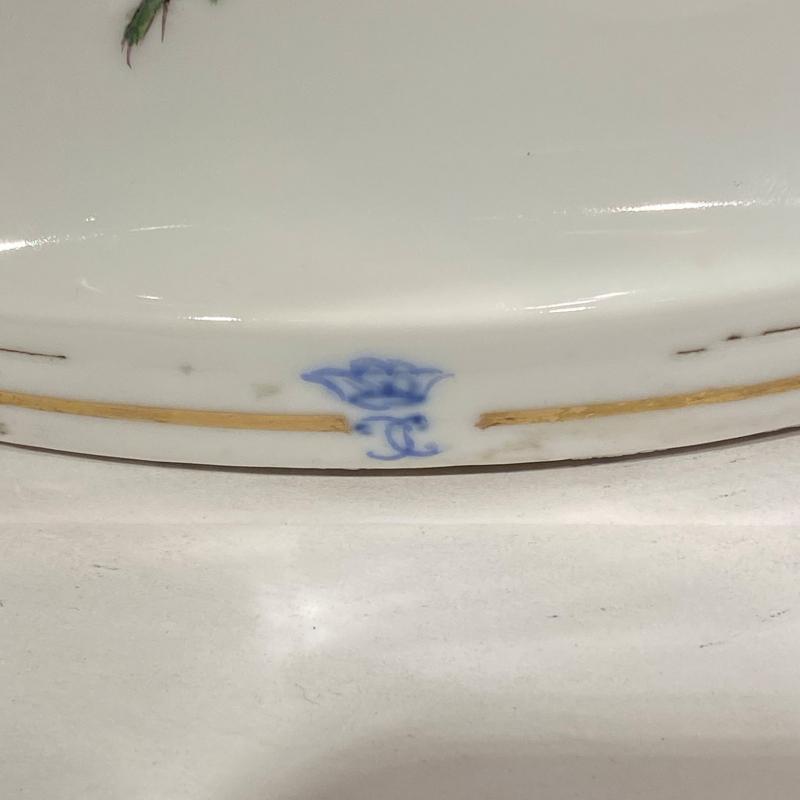 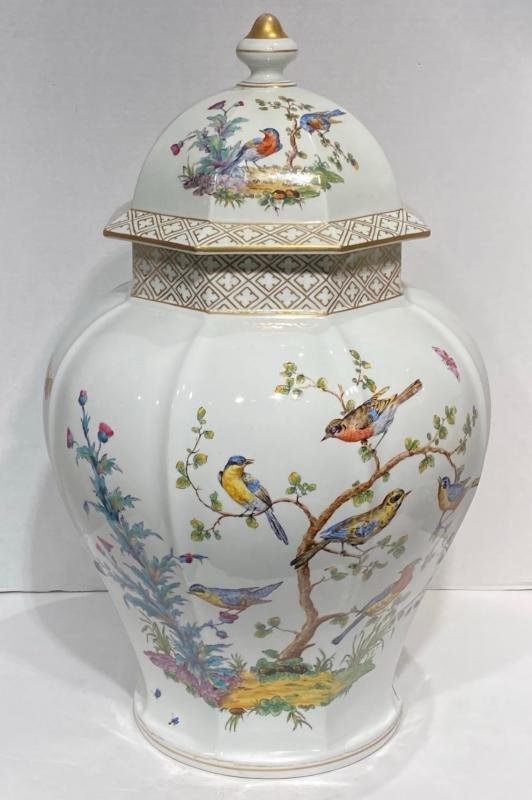 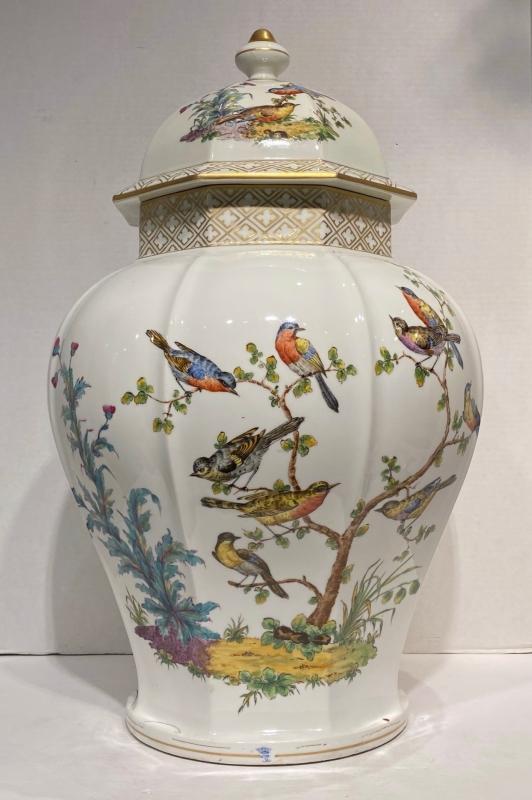 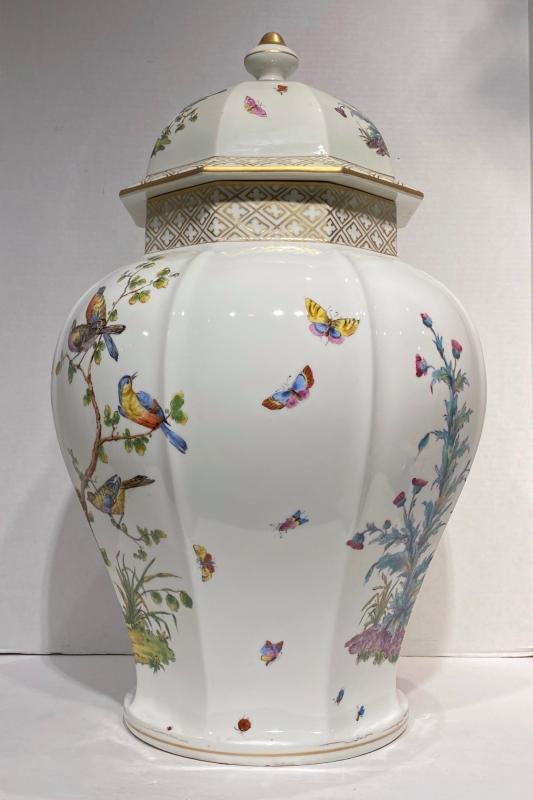 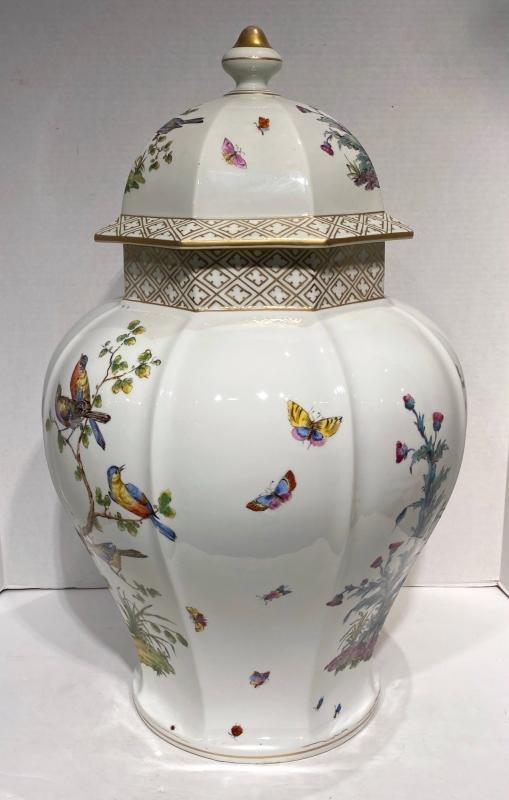 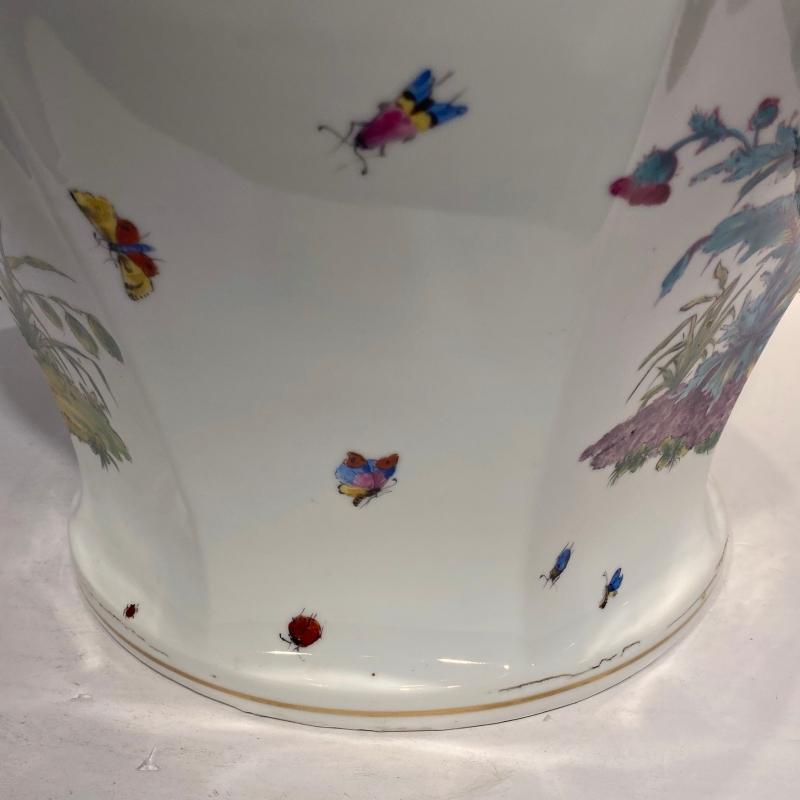 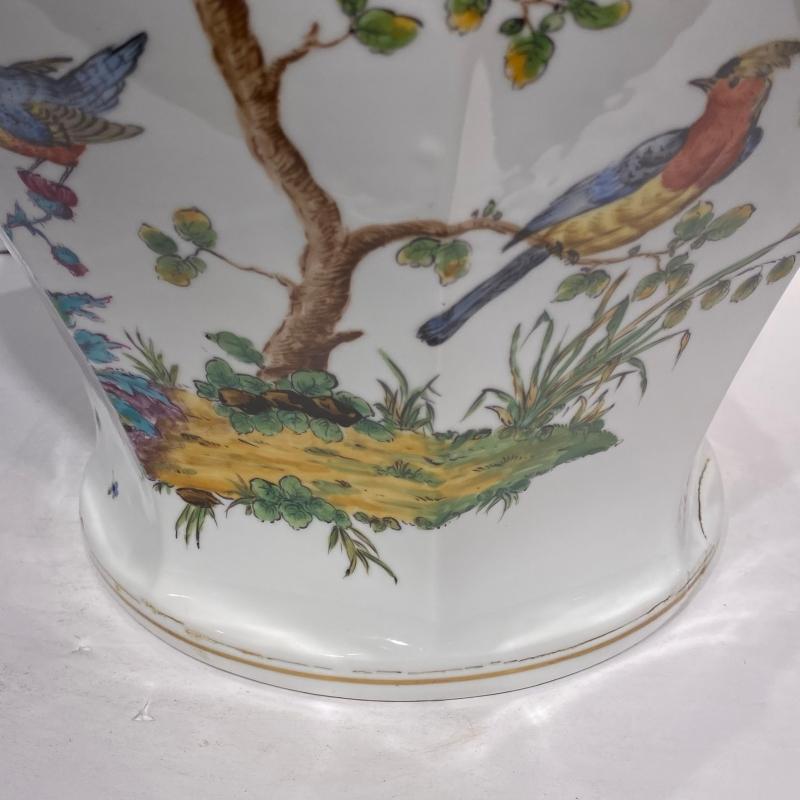 Our lovely and large (24 by 15 in, 61 by 38 cm) porcelain vase with cover is attributed Ludwigsburg Porcelain Manufactory, likely from the early to mid nineteenth century.  It has a baluster shape with eight faceted sides, the painted figures of perched songbirds and butterflies on a white glazed ground, with gilded designs of quatrefoils decorating the neck and rim of the octogonal shaped cover.  The mark in blue underglaze depicts two interlaced Cs with crown above.

There is rubbing wear to the gilding, scuffs and scratches. There are chip losses to the edges of the underside, and a few small glaze-free areas near the base.  Some crazing is visible on the lid, and there are a handful of horizontal firing cracks around the perimeter near the base, some of which were partially and sloppily filled in a poor attempt to hide. This filler is dried and brittle and may be carefully removed for a pristine, original look.  Given the vase was fully and masterfully decorated, these firing cracks were deemed acceptable by the factory, and are commonplace among porcelain objects of this size and age.