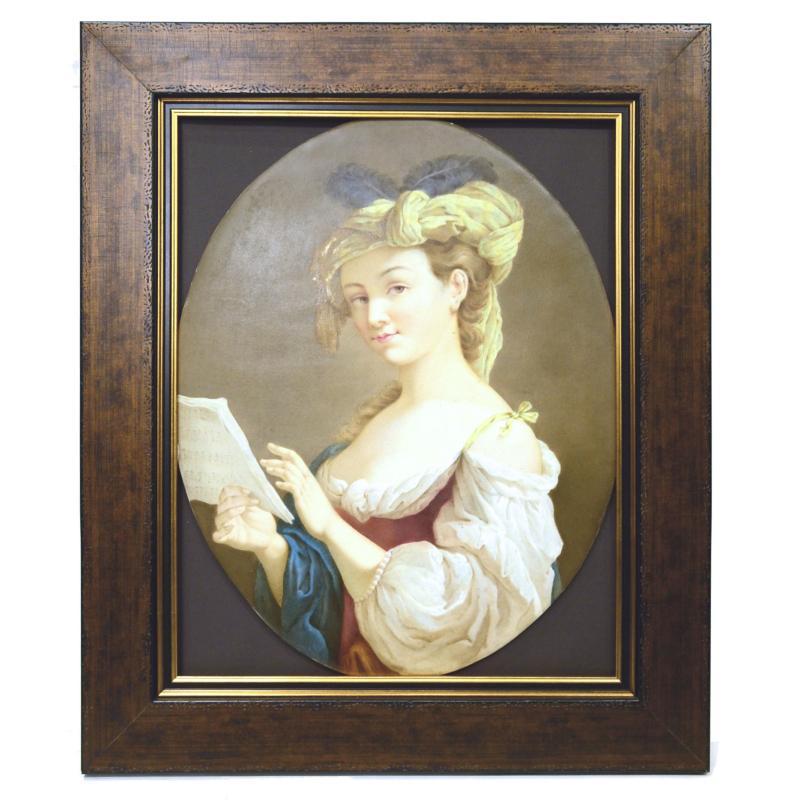 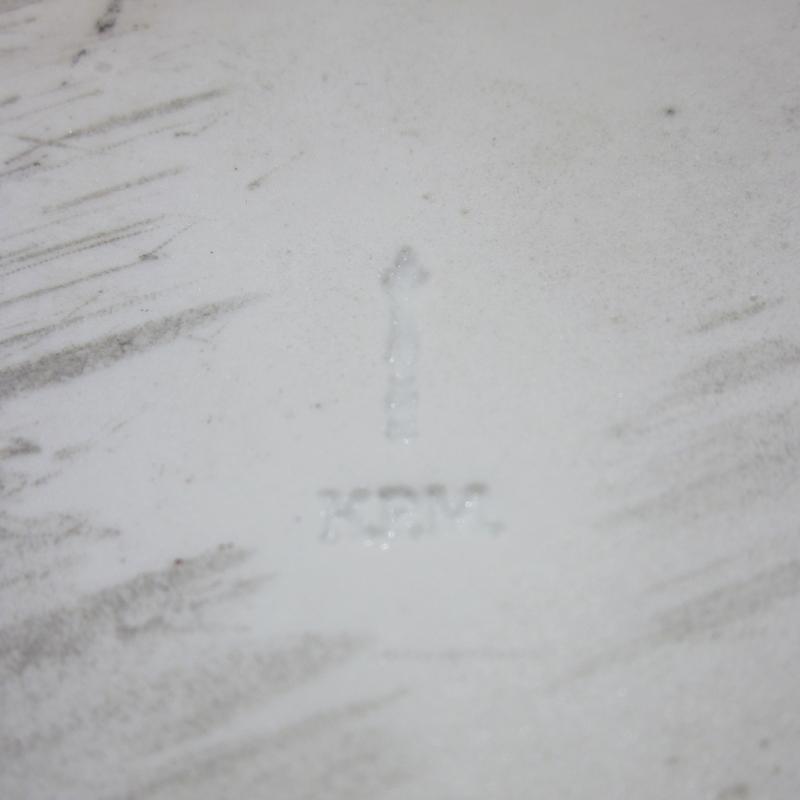 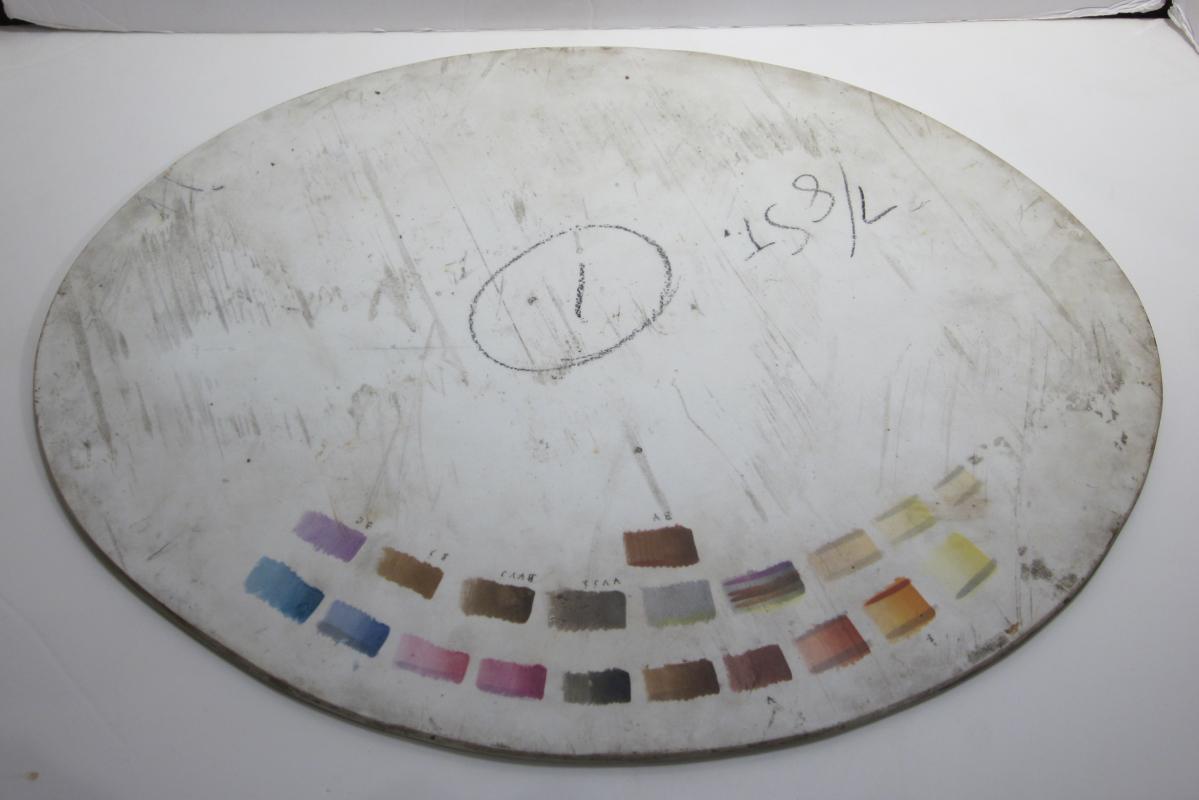 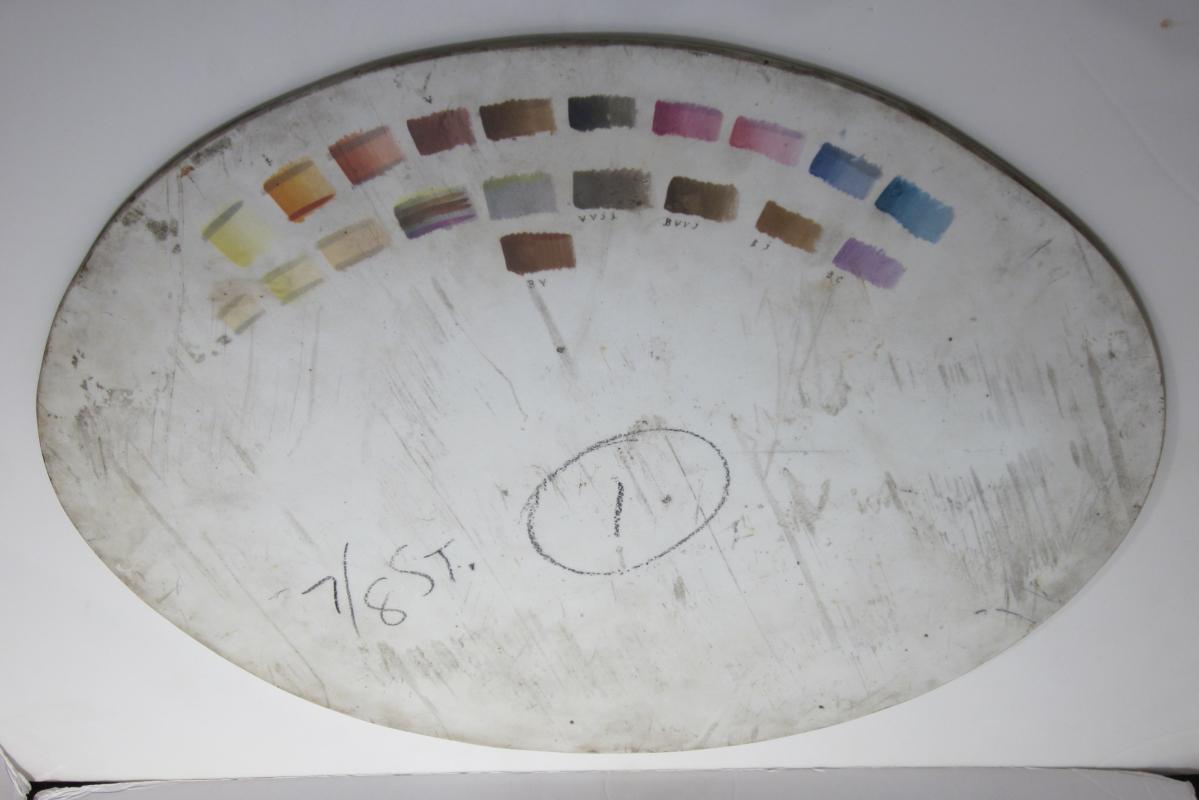 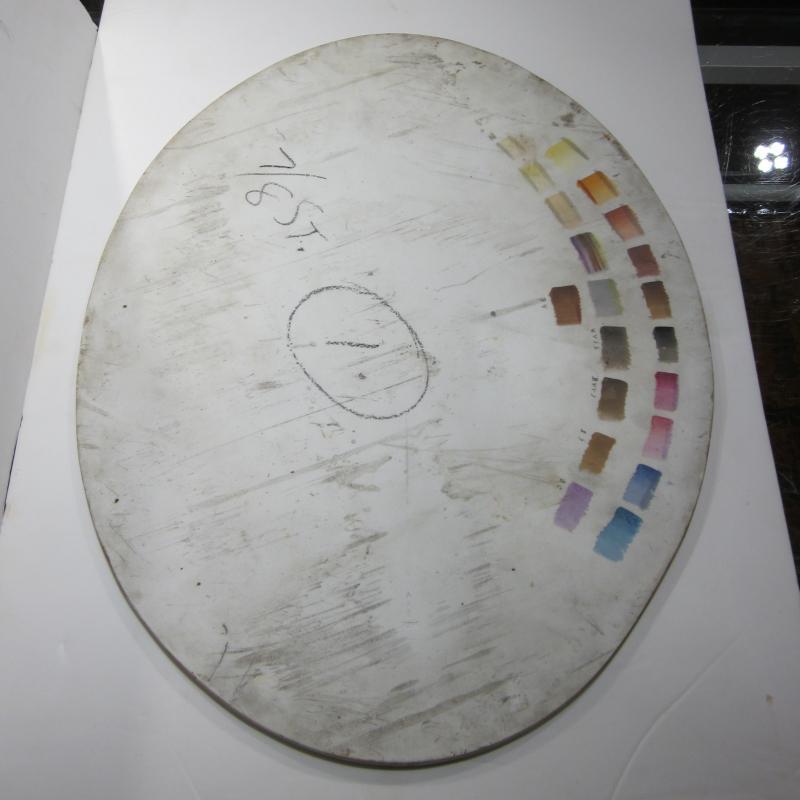 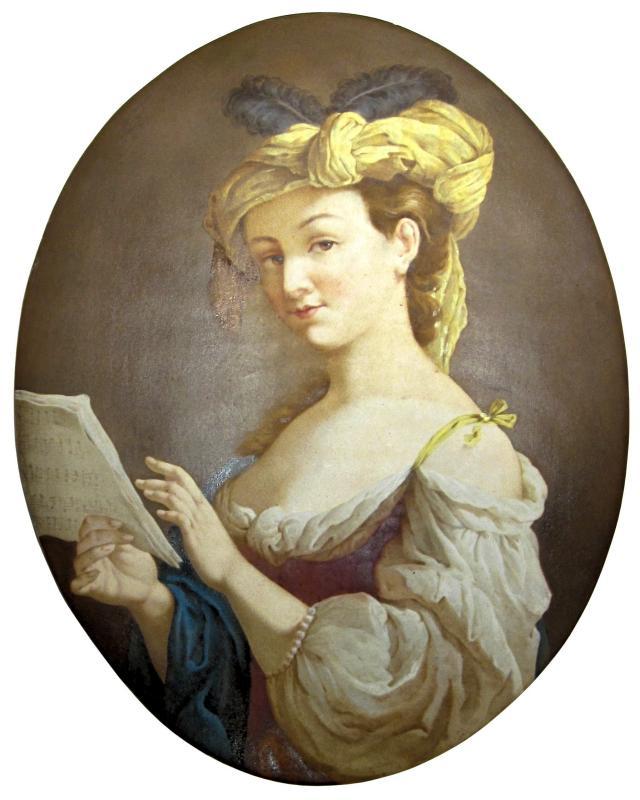 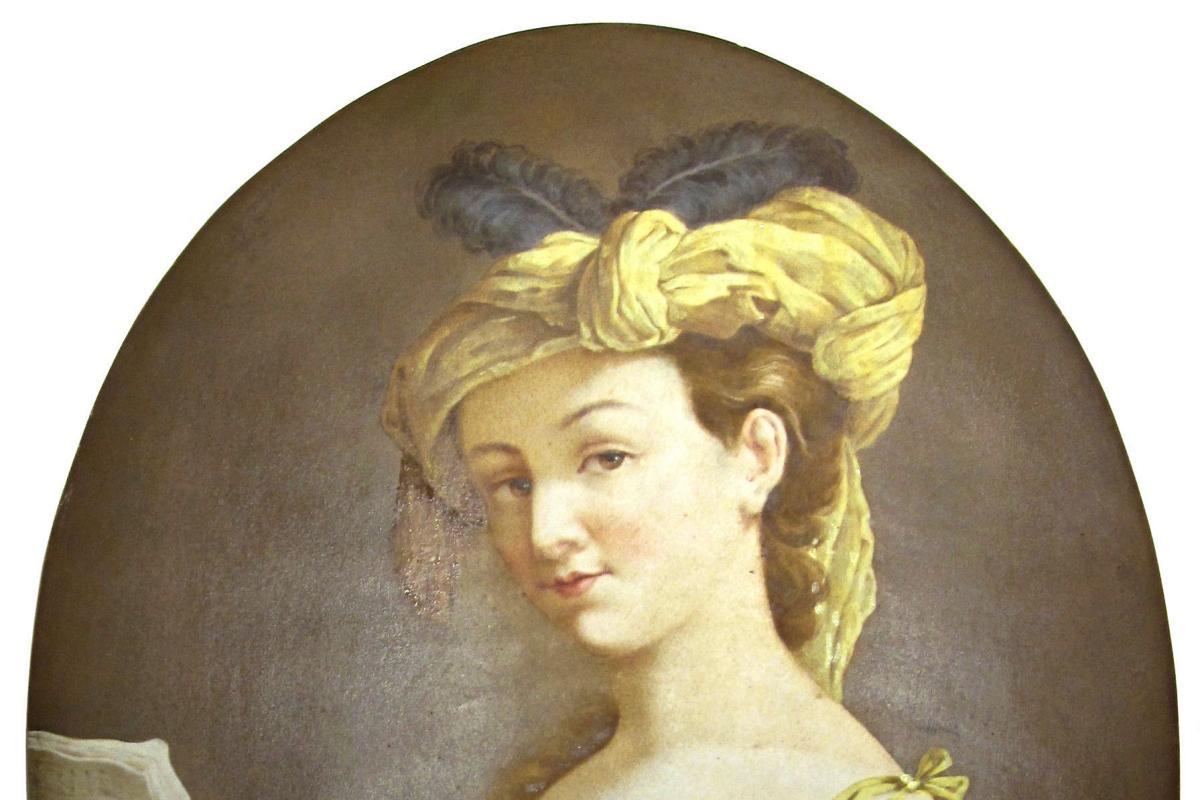 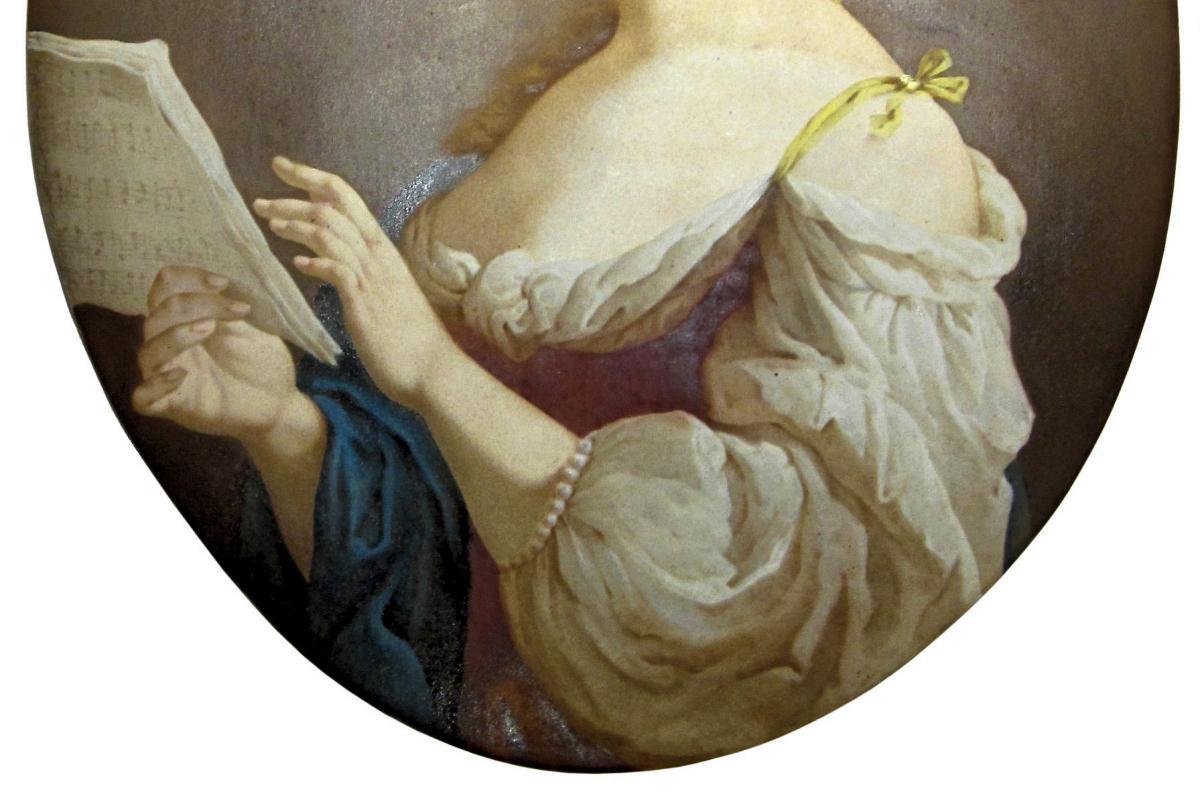 This large porcelain plaque from KPM depicts a female holding a sheet of music after Louis Jean Francois Lagrenée (1725-1805).  Apparently unsigned, the rear shows each of the colors mixed and used to paint the figure, and thus may have been intended as a teaching device. Plaque measures 14.75 x 18.75 in; 37.5 x 47.6 cm. Good condition. Newly framed.

This plaque was no doubt inspired by a painting by Lagranee in the collection of the Palmer Art Museum at Pennsylvania State University.  That painting dates from 1755 and was donated to the museum by Nancy D. Jordan in memory of Rebecca Witherow Doerner.  Image forwarded upon request.

Lagrenee was a student of Carle van Loo and influenced by the Bolognese School of painting.  He was a court painter for the Empress of Russia, Elizabeth Petrovna (1709-1761) and served as Director of the Russian Academy of Arts in St. Petersburg.  He also served as Director of the Academie de France a Rome.  He won the Grand Prix de Rome in 1749 and elected to the Academie Royale de Peinture et de Sculpture in 1755 where be became a professor.  Shortly before his death, in 1804 Napoleon awarded him the rank of Chevalier of the Legion d'Honneur.  His paintings can be seen in the collections of numerous museums across Europe and North America.