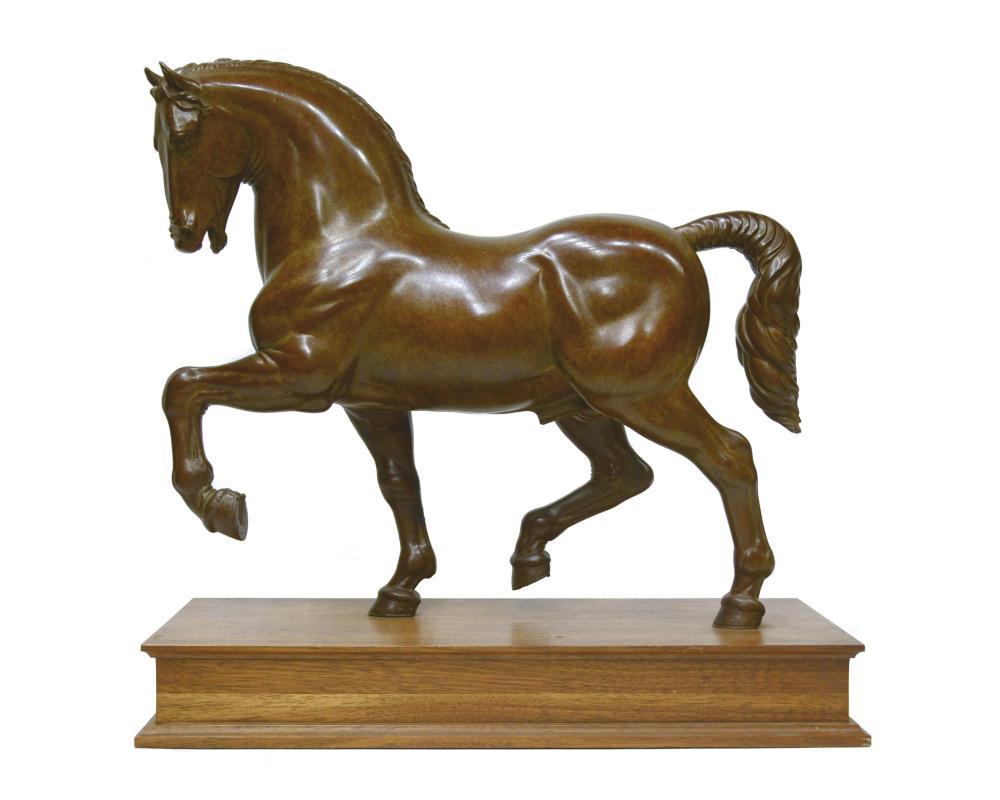 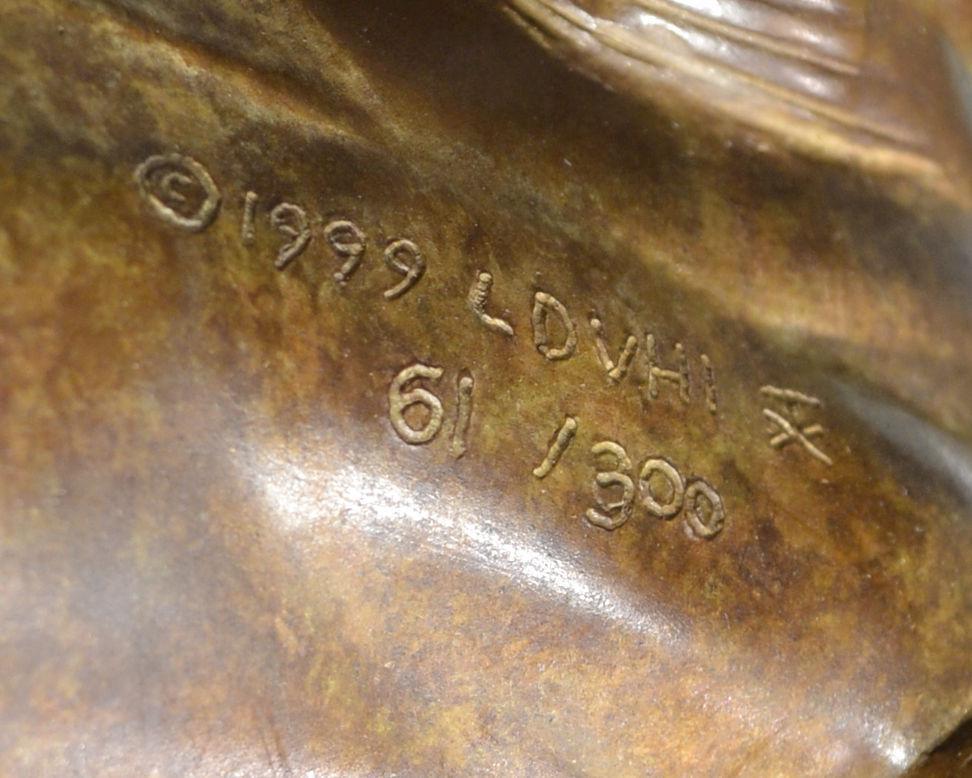 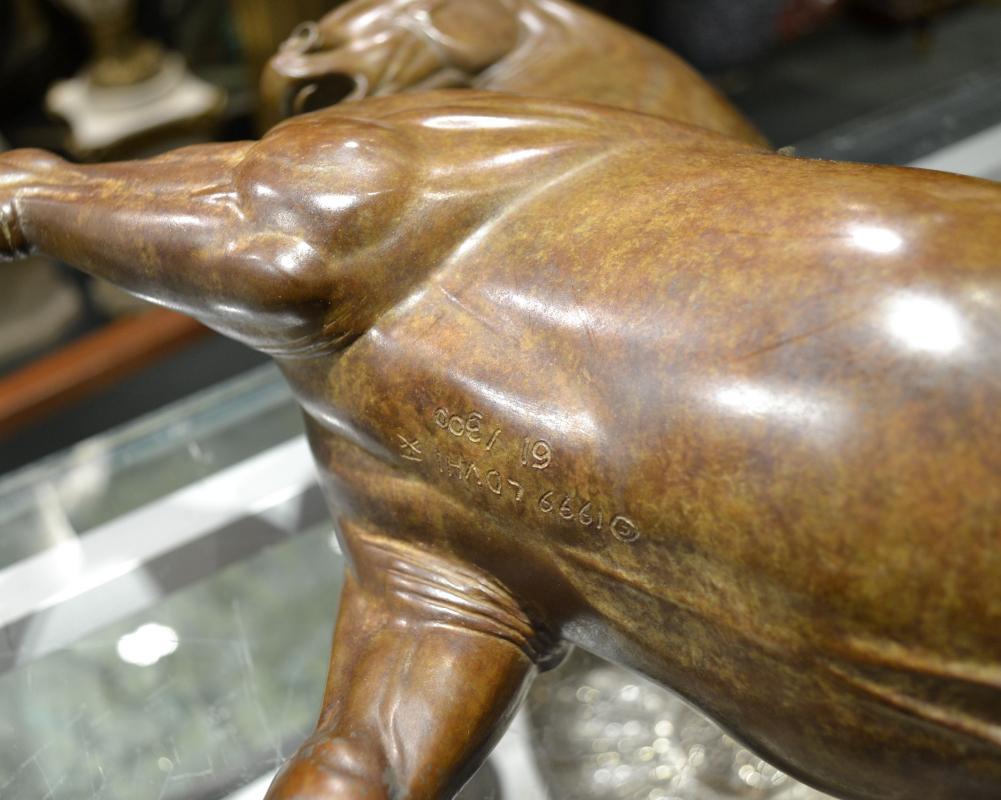 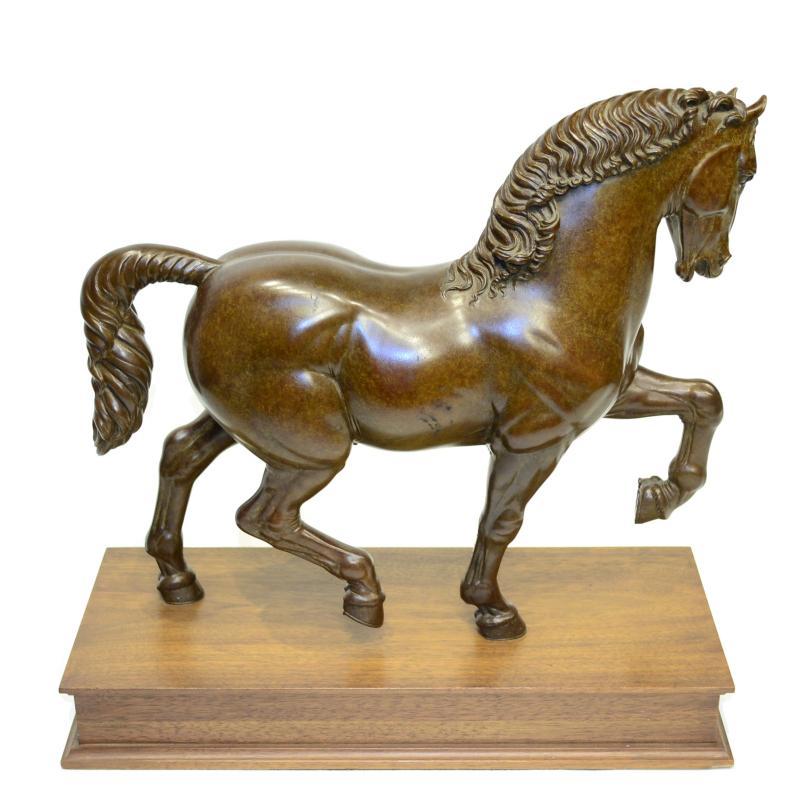 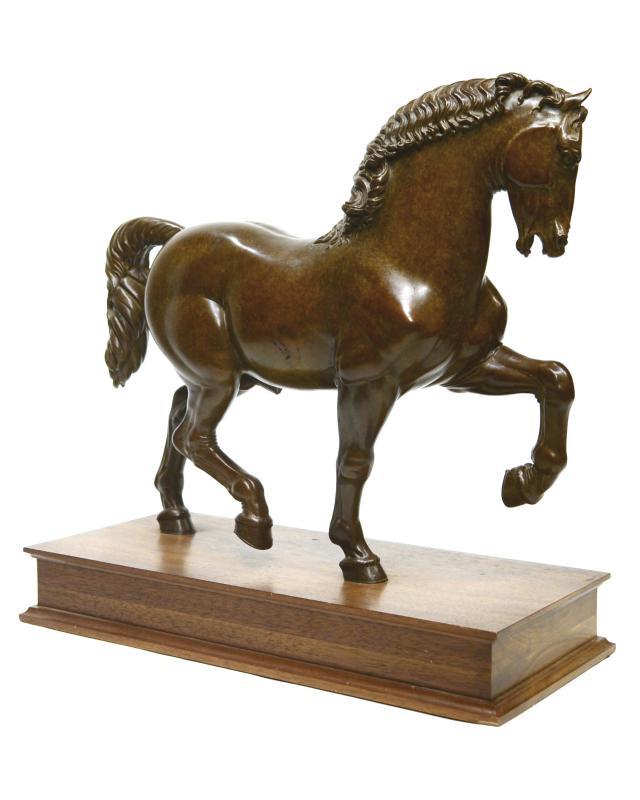 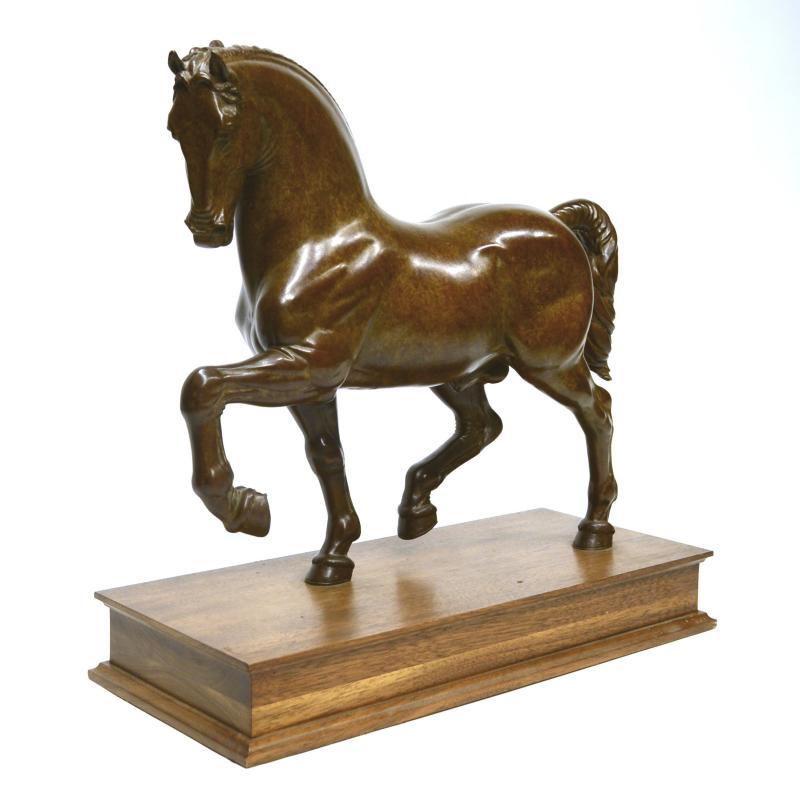 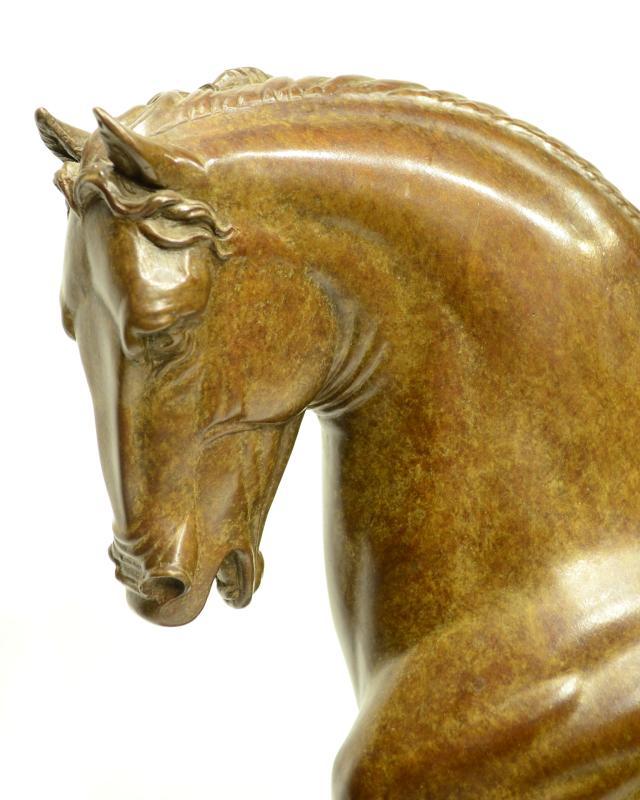 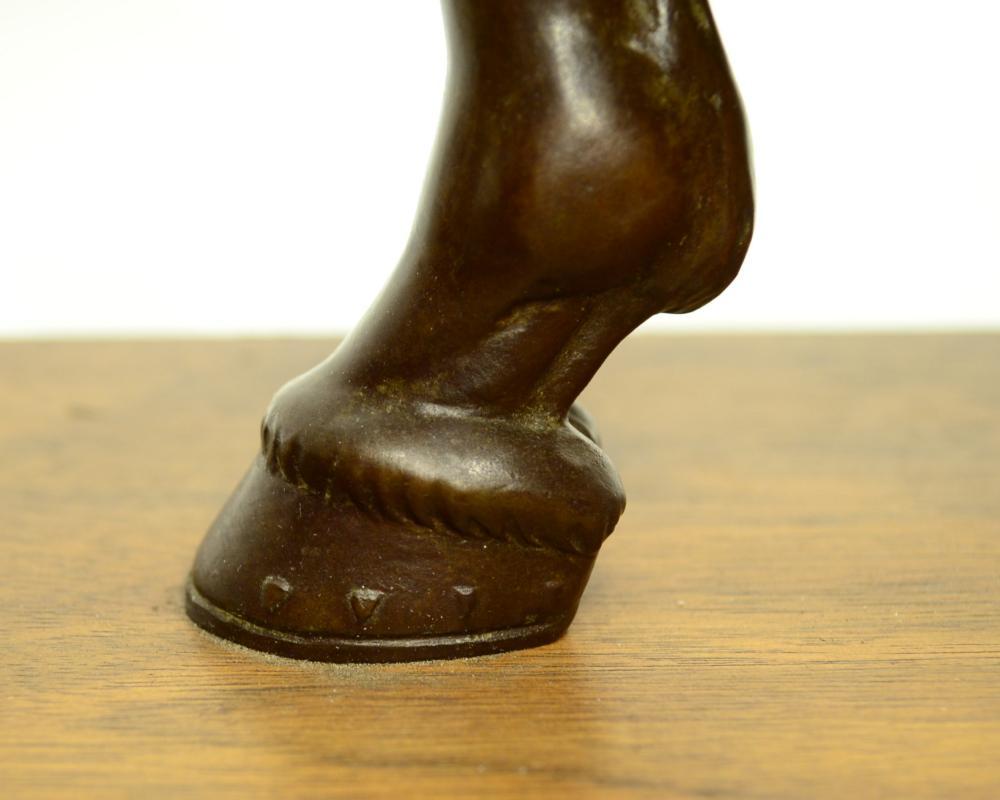 Our fabulous bronze horse with mustard brown patina by Nina Akamu (1955- ) was commissioned and marketed by Leonardo da Vinci’s Horse, Inc. (LDVHI), the non-profit launched by Charles C. Dent (1917-1994) to raise funds to realize da Vinci's vision of a 24 foot bronze horse statue in Milan, Italy.  Our bronze is number 61 from a limited edition of 300.  Bronze measures 15 inches tall and its wooden plinth measures 18 by 7.75 by 2.5 inches. Total height is 17.5 inches. Condition is very good. This work has been well cared for since its creation in 1999. Underside has a worn layer of felt. Estimated weight is 40-50 lbs.

Ours is the only 15 inch casting we've seen come to market online in the past 19 years. The only other size/edition we're aware of was a 5 inch tall casting in the same patina in an edition of 300.

In 1977 Mr. Dent read about Il Cavallo and da Vinci's lost notebooks that were found in the Biblioteca Nationale in Madrid in 1965. A retired pilot based in Allentown, Pennsylvania, he dedicated 17 years toward realizing da Vinci's dream of producing Il Cavallo by raising funds through LDVHI. After his passing in 1994, the organization was led by his nephew, Peter Dent. The organization produced this limited edition (and smaller castings also in limited editions) to raise funds for the project, which culminated in 1999 when a 24 foot tall version of Il Cavallo, designed by Nina Akamu, was installed in Milan.