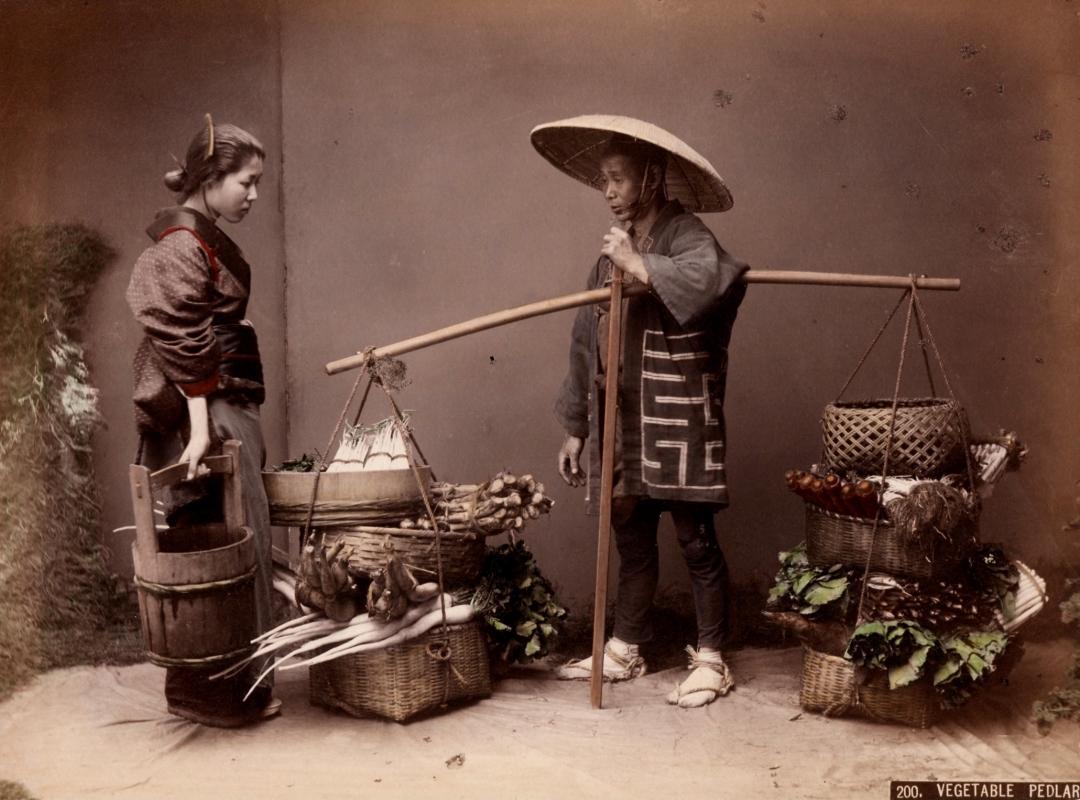 Catalogue number 200. and title in the title bar, recto. Pasted to thin cardboard page from an album. This print is in the collection of the Museum of Fine Arts, Boston. Kusakabe Kimbei (1841-1934), one of the most accomplished Japanese photographers of his time, operated a studio in Yokohama from the early 1880s until 1913. He learned photography as an apprentice to Baron von Stillfried, an Austrian who worked in Japan from 1872 to 1883, recording scenic views of the country while he developed his own Japanese sense of photography. After opening his own studio, Kimbei acquired many of the glass plate negatives of his teacher along with some from well-known photographer Felice Beato, reprinting these works of along with his own and including them in his albums.