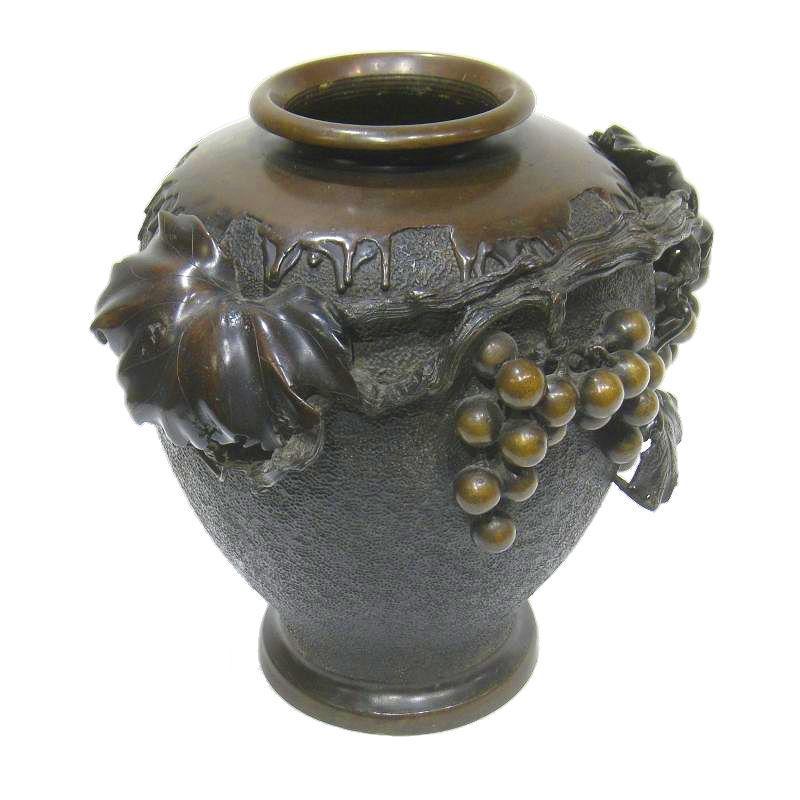 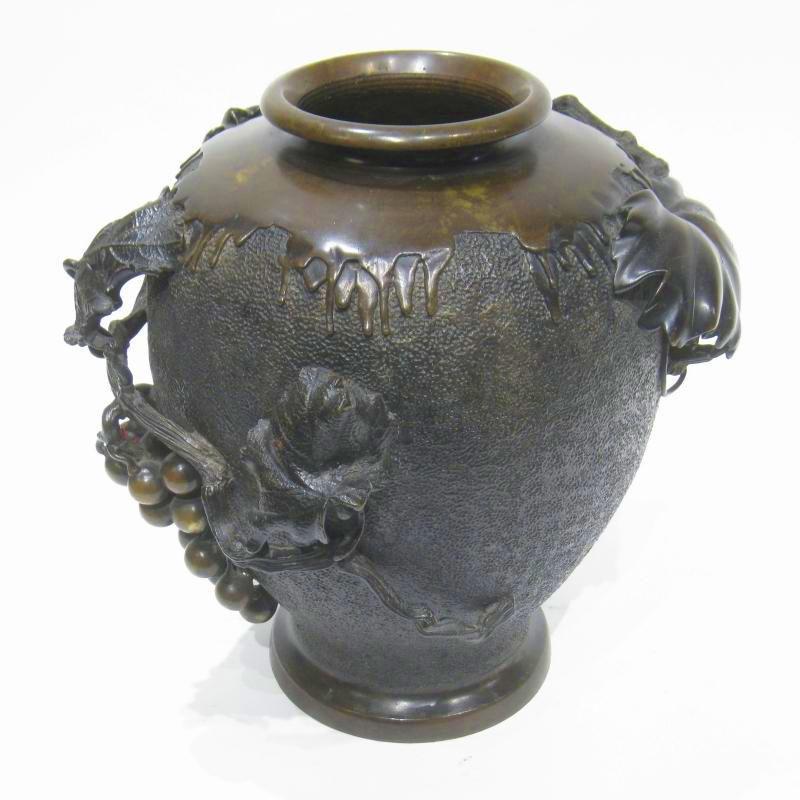 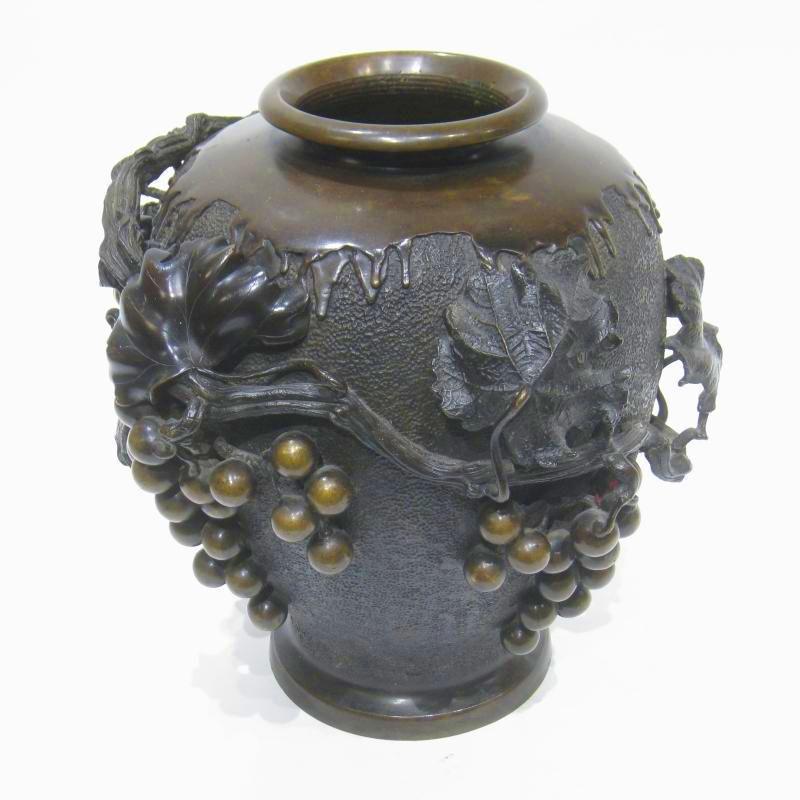 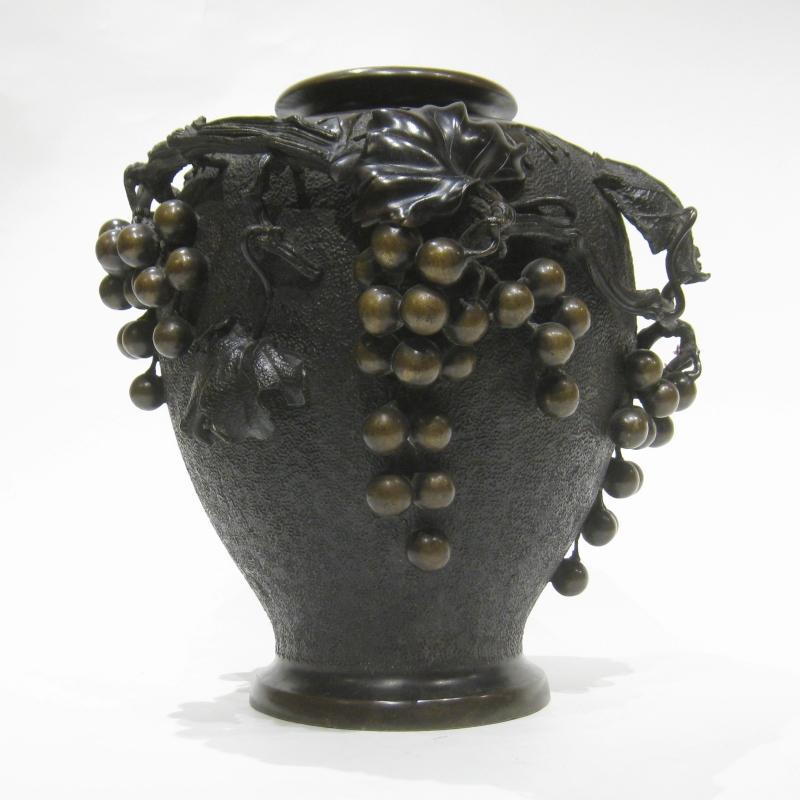 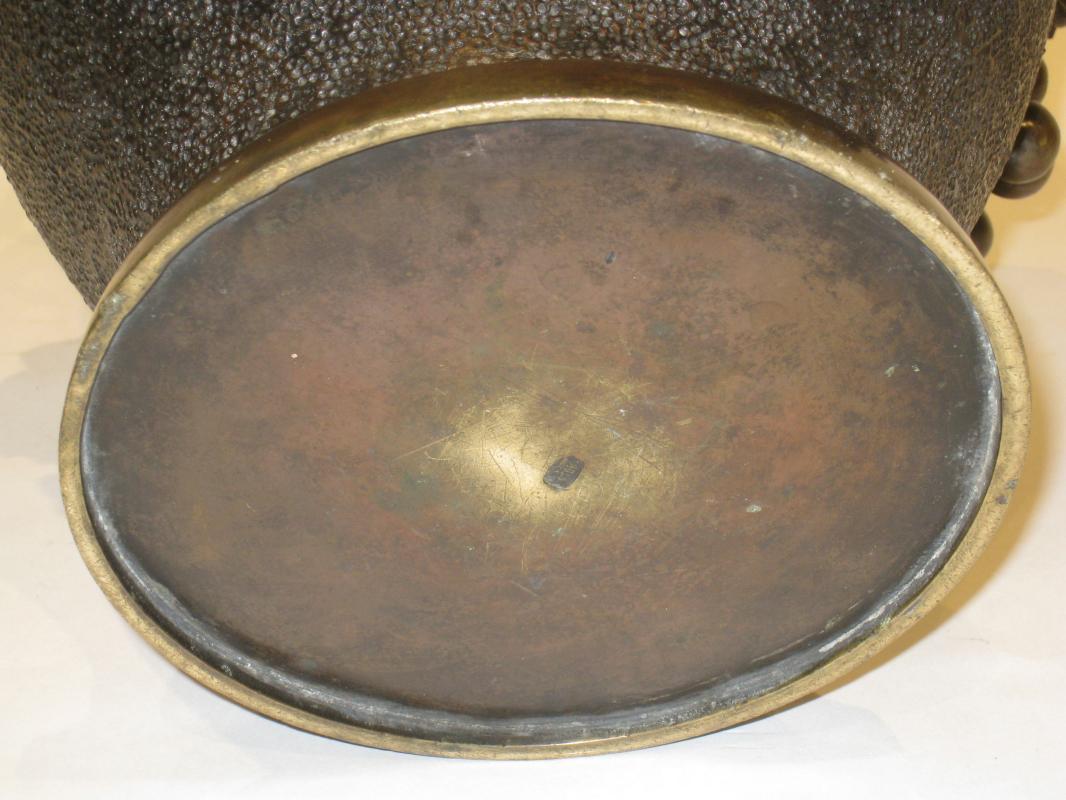 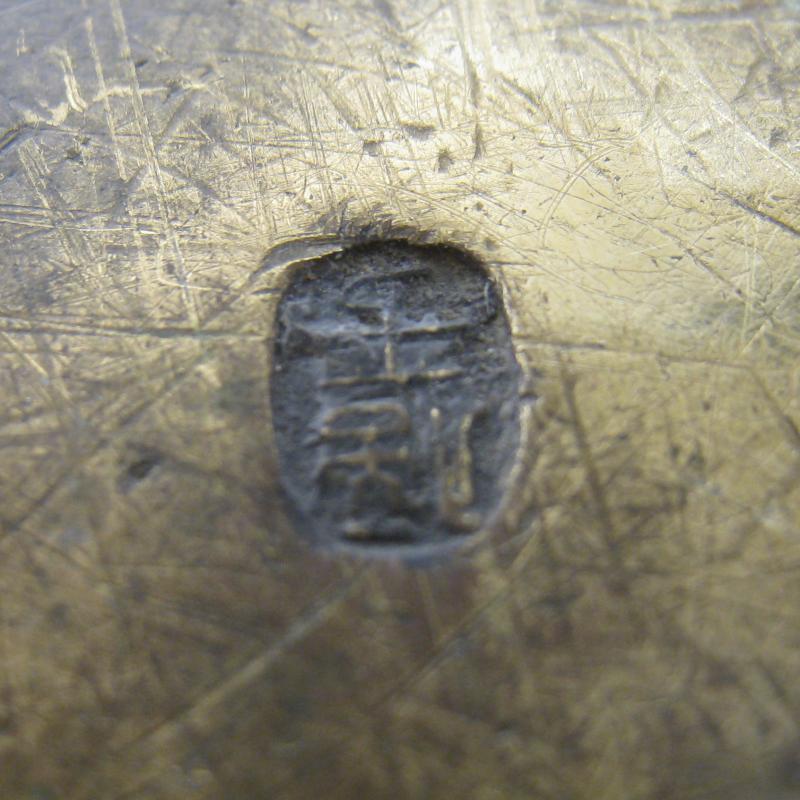 This respected bronzier was copied extensively in the later 19th and 20th century, with later artists also using his signature. Note the degree of rubbing wear and scratches and embedded grime in the signature, reflecting its age, 183+ years, from the later Edo period (1603-1868).

According to the British Museum, the artist specialized in precise bronze sculptures, commonly of Buddhist subjects, plus foliage and animals. He is known to have cast 500 arhats (disciples of the Buddha) for the Kenchoji Temple in Kamakura. His works periodically appear at major auction.