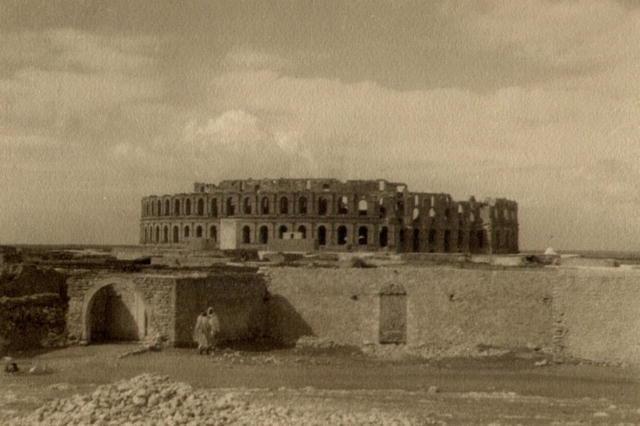 Signed in pencil recto. James D. Basey was an Olympia, WA based photographer who exhibited in the Frederick & Nelson photo salon is Seattle, WA. This photograph depicts the impressive ruins of the largest Roman coliseum in North Africa, a huge amphitheater which could hold up to 35,000 spectators. Found in the small village of El Jem, this 3rd century monument illustrates the grandeur and range of Imperial Rome.