Imogen Cunningham: Hands of Henry Cowell and Rhythmicon about 1932 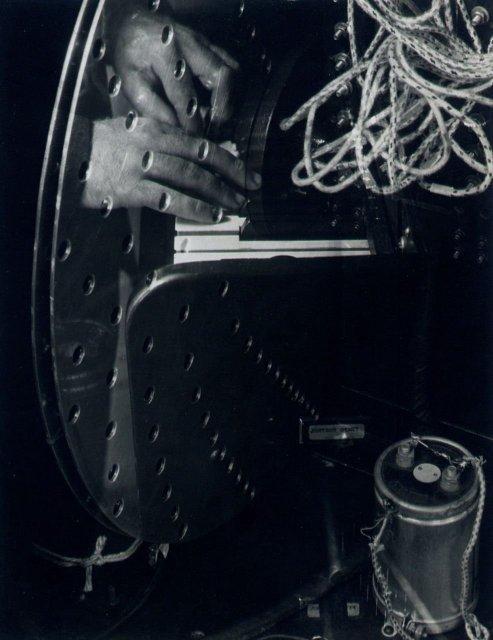 PLEASE CONTACT THE GALLERY FOR PRICING. This original print was found in Imogen's files after her death. On the original mount. While unsigned, the print is accompanied by a certificate of authenticity from the Imogen Cunningham Trust. Imogen made many photographs of Cowell, who was a musician and composer. This print was made from two negatives, which Imogen often did. She liked to photograph the hands of people who used them as a means for their livelihood. This image is published in Imogen Cunningham: On the Body and the USIA catalogue for an exhibition that traveled for two years abroad.

During the last years of her life, Imogen Cunningham occupied the role of grande dame of American photography, encompassing one of the longest spans of any known photographer. Her career began in 1901 when she learned platinum printing while working for Edward S. Curtis in Seattle, and continued until shortly before her death in 1976. Her shared photographic concerns with Edward Weston, Ansel Adams, and other Bay Area photographers resulted in her joining Group f/64. Cunningham's work was frequently irreverent, always perceptive, and often years ahead of its time. C1358 CUNDBLS