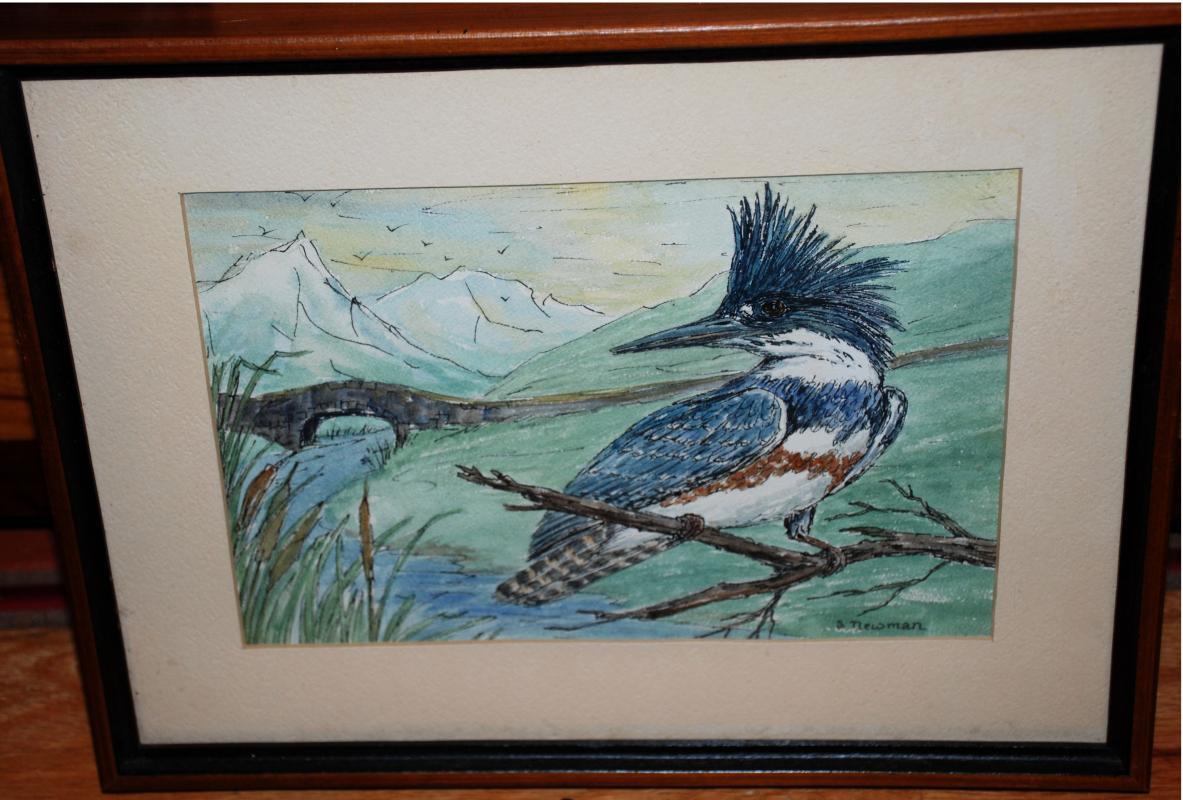 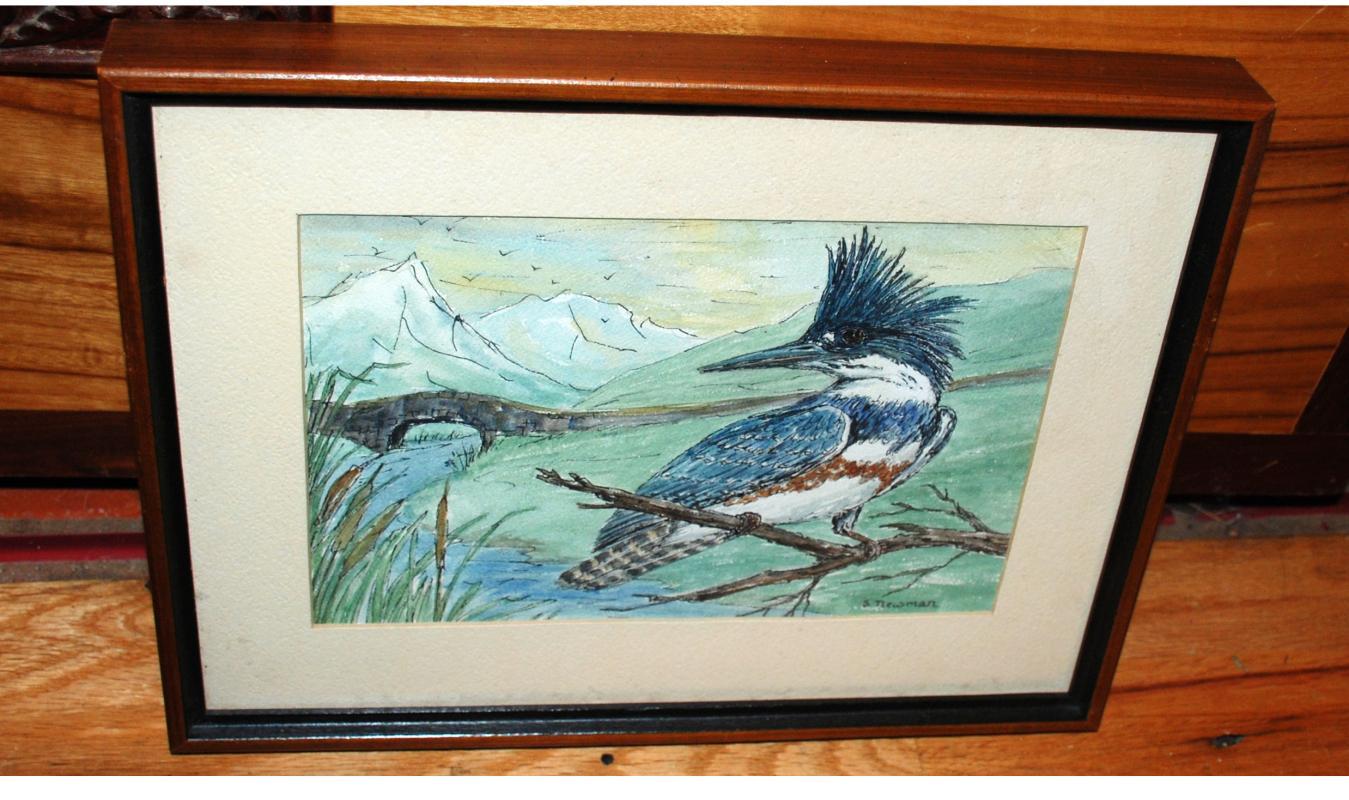 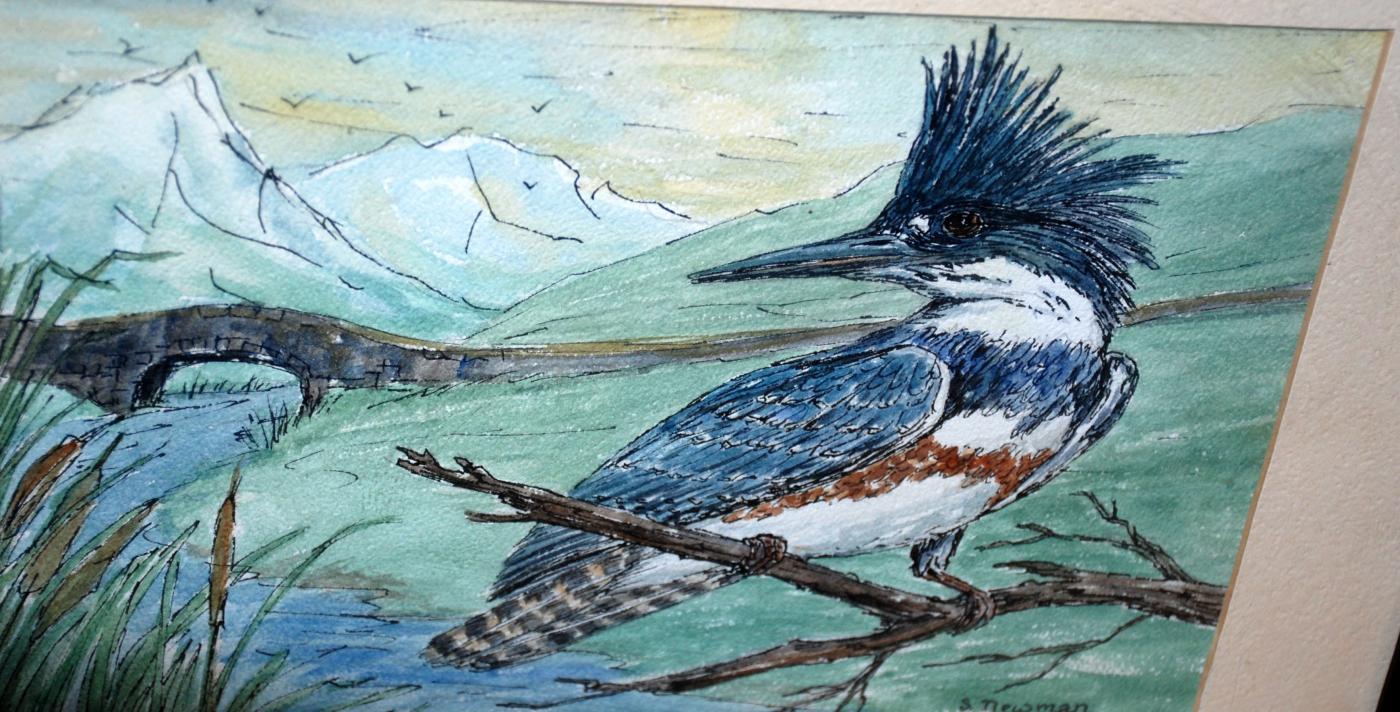 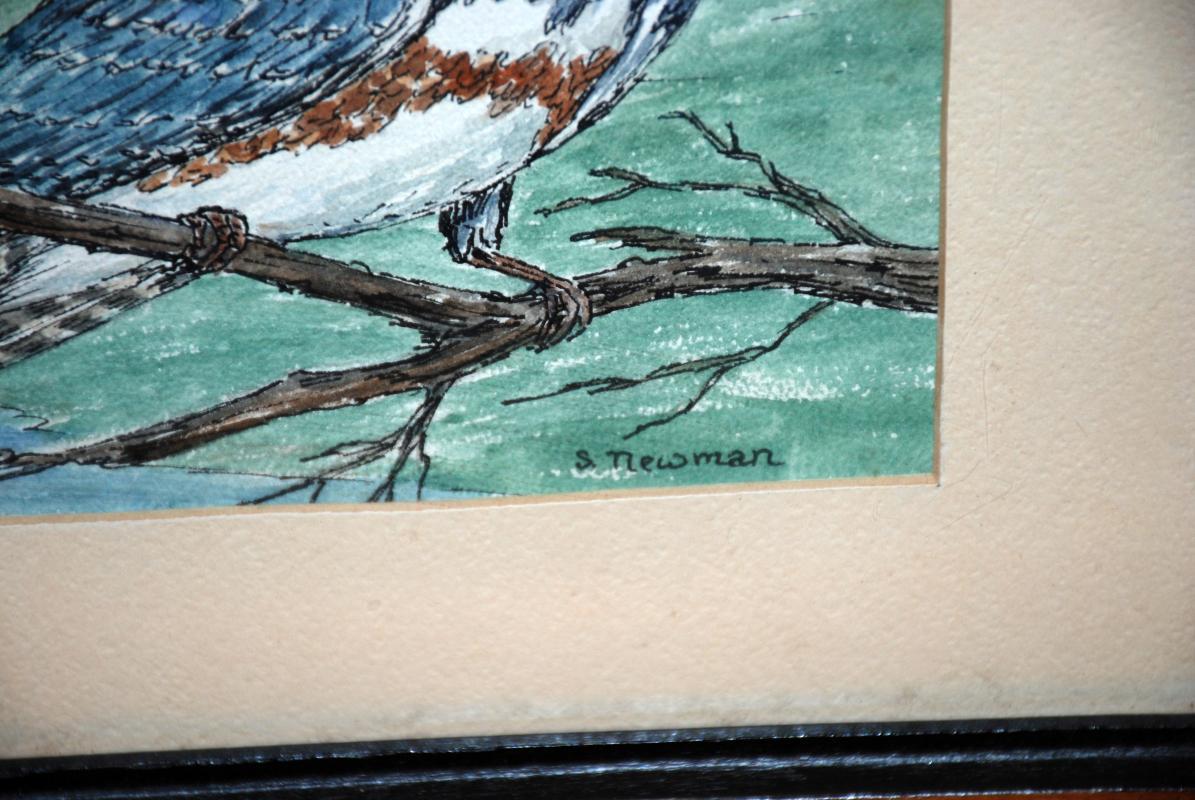 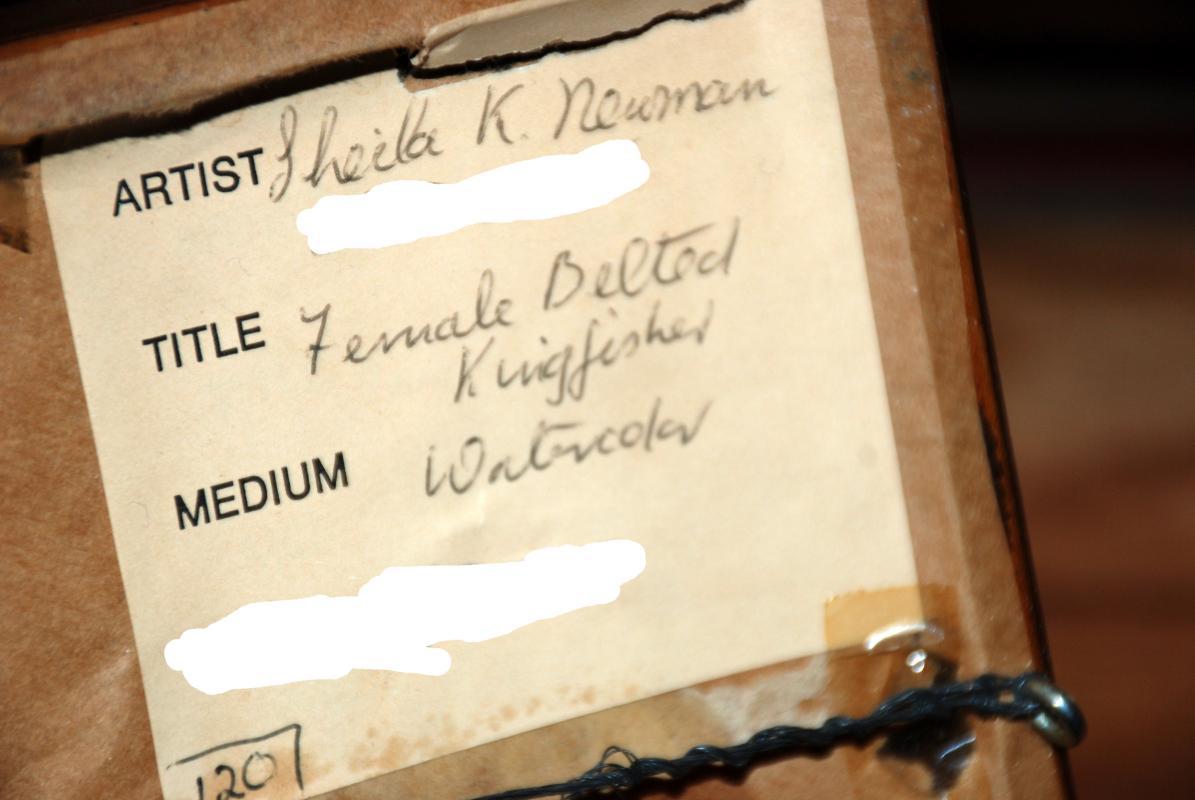 Watercolor painting of  Female Belted  Kingfisher  by Sheila Newman.     It is matted and framed behind glass.   The wood frame is 12.5 x 10 inches.    I have not taken it out of the frame but the dust protection paper on the back is torn.    There is the original paper on the back but it is not dated.      I blotted out the phone number and price as it is probably no longer relevant as she passed away in 2016 at the age of 79.

The condition is excellent.

Below is some Gallery information that I obtained the internet.

Sheila was born in Lancashire, England, and spent much of her childhood in the English Lake District.  Her mother, Stella Platt, was a well-known professional artist in England and Europe who had shown in the Paris Salon and the Academies in England.  Sheila began drawing and painting under her mother's tutelage at an early age.  Sheila received two honors bachelor's degree from King's College in Newcastle, England and a master's from Cornell University in New York State, all in the biological sciences.

Sheila's paintings have been exhibited in juried shows in Seattle, including the Frye Gallery, in New York City, and also in Tacoma, Renton, Kirkland, Bellevue, Edmonds, Kent and elsewhere in Western Washington.  Her works are in collections from Australia to Europe as well as in North America.