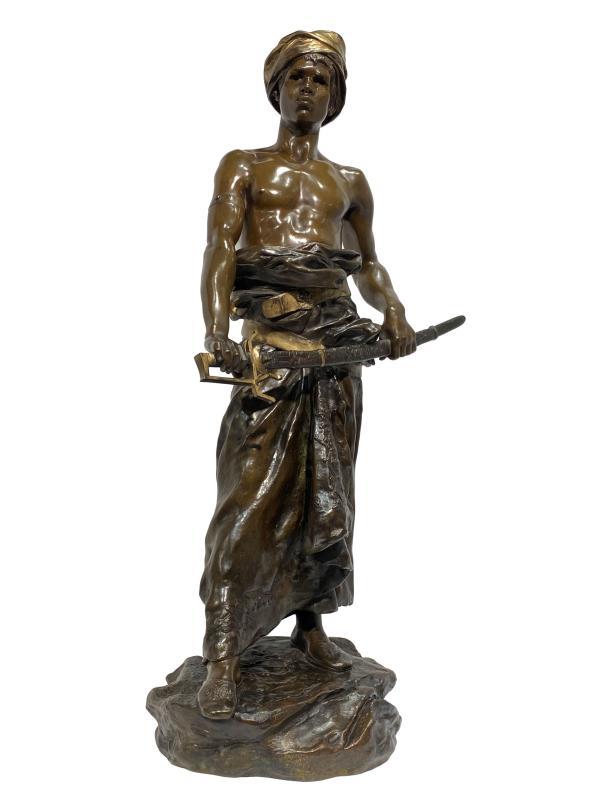 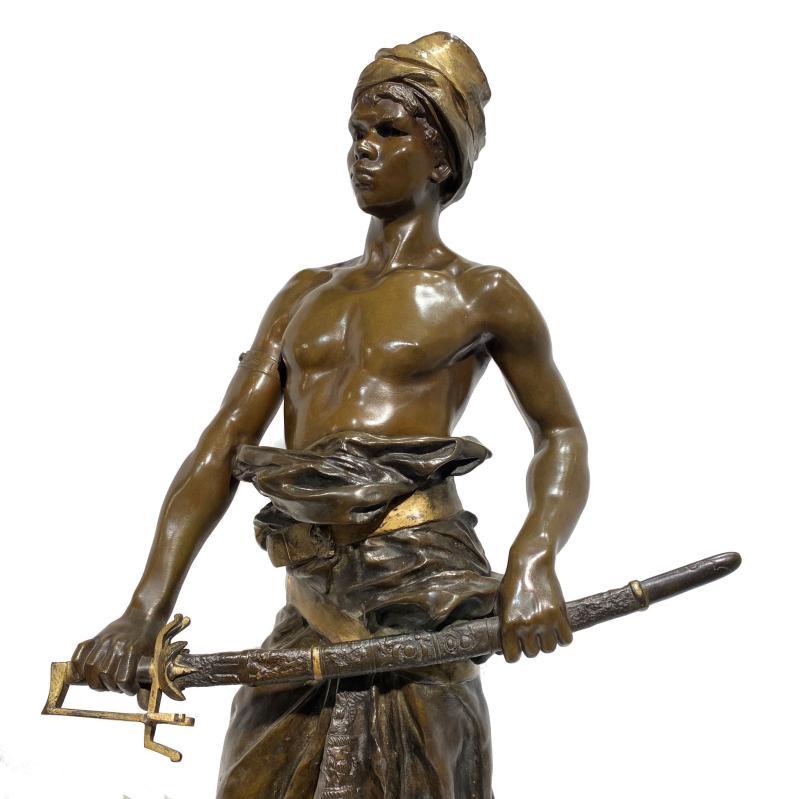 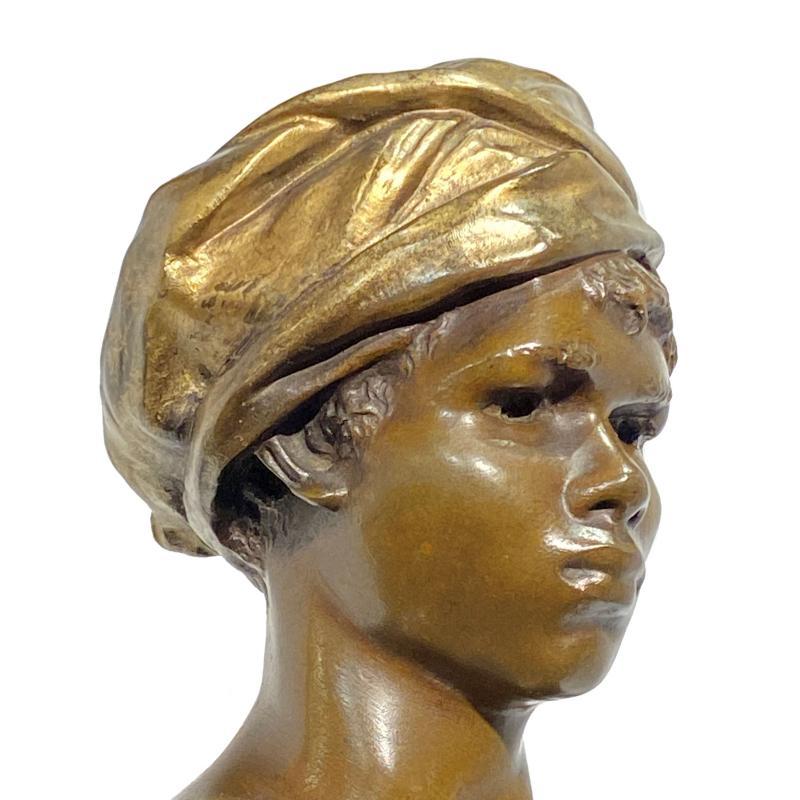 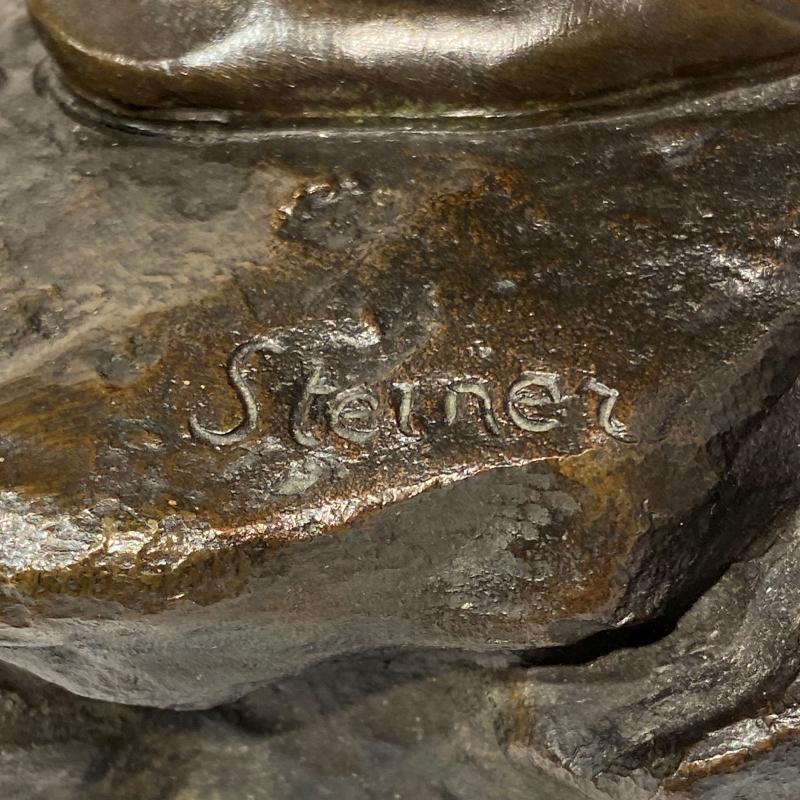 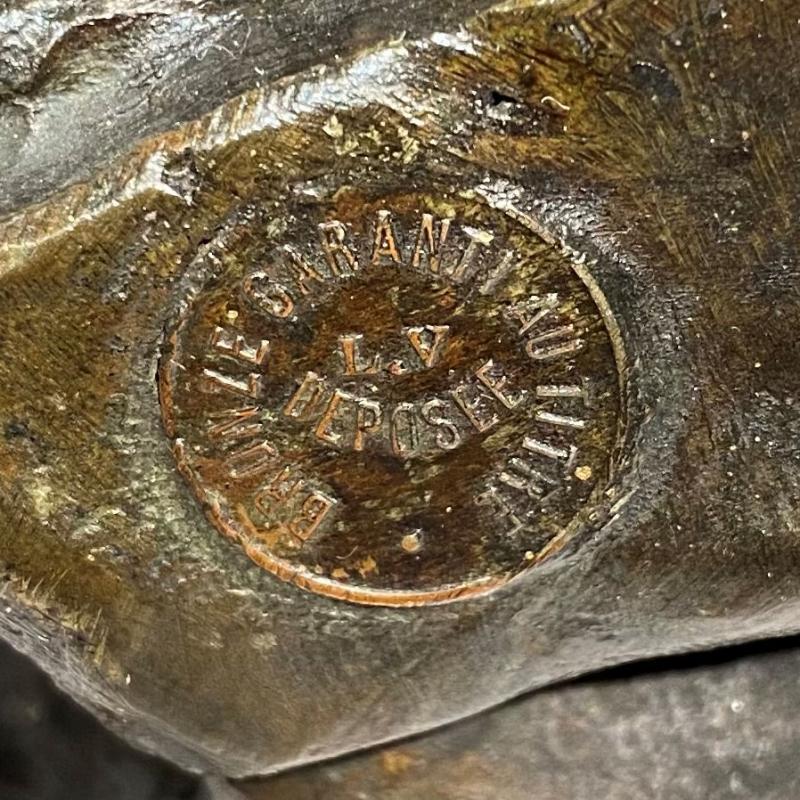 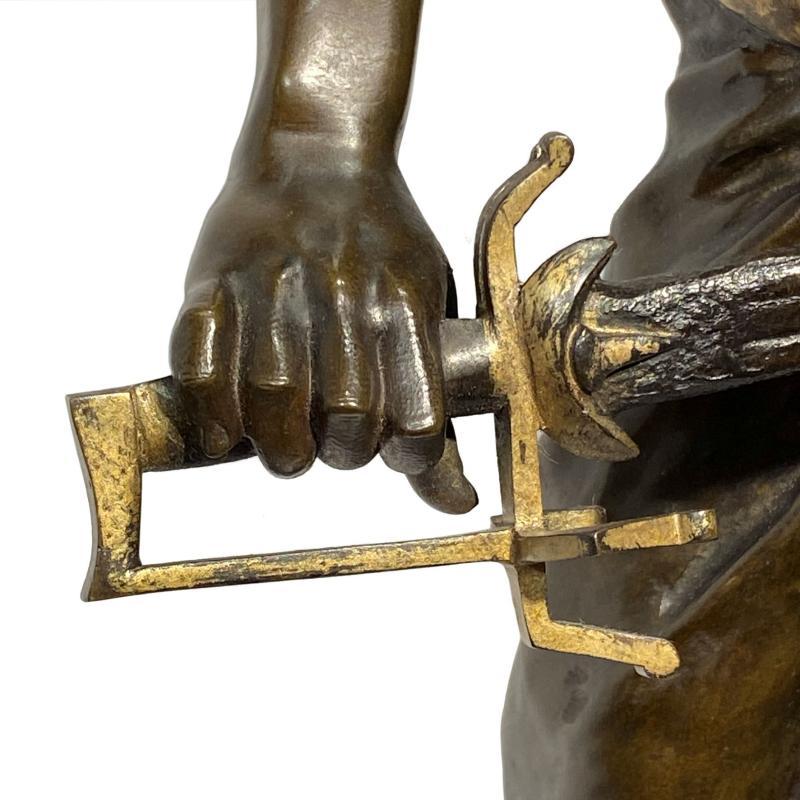 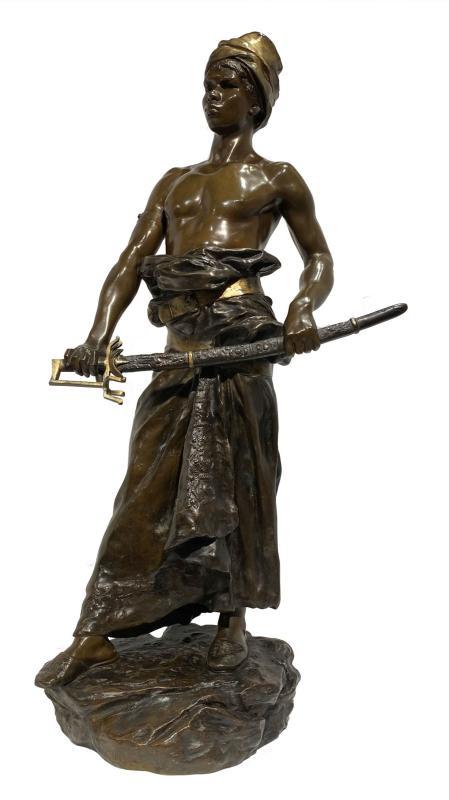 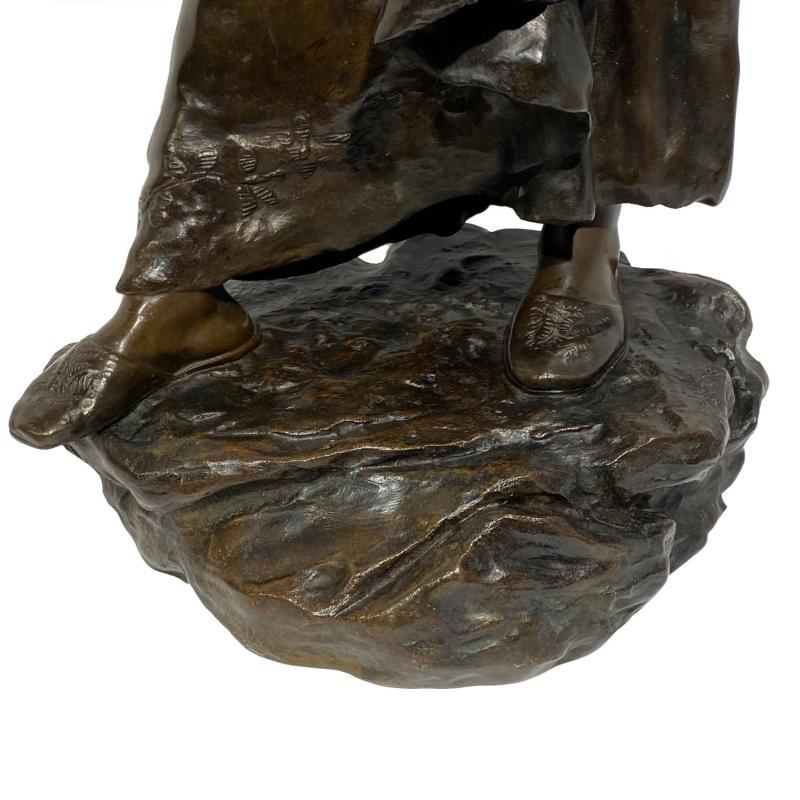 Our finely sculpted figure of a young Arab with sword comes from Clément Léopold Steiner (1853-1899).  It meaures 28 x 14 x 7 inches and has a warm brown patina with gilt highlights.  In very good condition.  Signed in the cast with the circular stamp of the foundry that reads BRONZE GARANTI AU TITRE L.V. DEPOSEE.  Additional images forwarded upon request.

The artist is known for neoclassical and middle eastern subjects, and his works have periodically appeared at major auction.  The highest price the artist has achieved at auction is believed to be $45,410 (hammer plus buyer's fee) for lot 158, a marble scupture of Cupid and the Butterfly after the painting by William Adolphe Bouguereau,  42.5 in (108 cm) in height, sold at Christie's in New York on October 26, 2004.  A notable sale for a work by Steiner in bronze occurred at Sotheby's in New York on October 21, 2009, when lot 314, a life size figure in bronze of a dancing courtesan, sold for $20,000.

According to Christie's, Clément Léopold Steiner's best known piece is arguably the gilt bronze statue titled La Renommie de la Guerre, which decorates one of the four pillars on Pont Alexandre III, the most ornate and celebrated bridge spanning the Seine in Paris.  (The three other statues were each commissioned by other leading sculptors of the Third Republic, specifically La Renommie au combat was sculpted by Pierre Granet, La Renommie de l'Agriculture by Gustave Michel and La Renommie des Arts by Emmanuel Fremiet.)