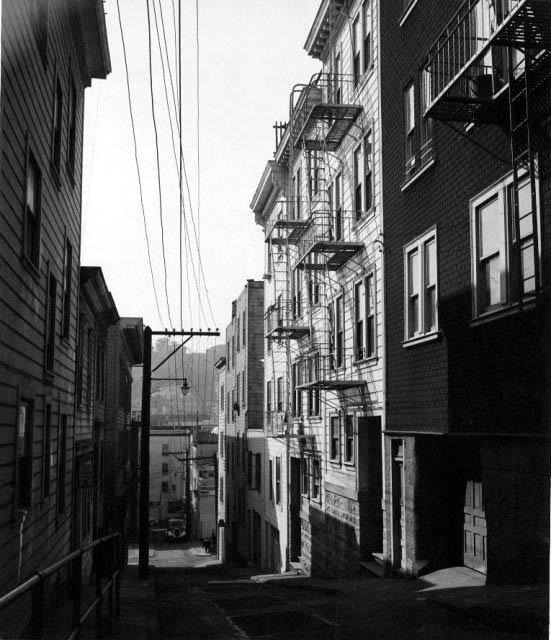 Photographer's stamp verso along with agency stamp. Harry Bowden (1907-1965) studied painting at the Los Angeles Art Institute while working as an art director and designer, and later with with the European master Hans Hofmann; in 1935 he became Hoffman's assistant. Bowden's first one-man exhibition occurred in San Francisco in 1932. Relocating to New York, Bowden established himself as a member of a community of leading modernist artists, some of whom became the 'superstars" of the international art world in the 1950s. He was included in Edward Steichen's 1950 exhibition "American Photographers" at the Museum of Modern Art, NYC. Bowden continued to participate in the New York art scene, exhibiting his work in one-man and group exhibitions there and in California until 1963.