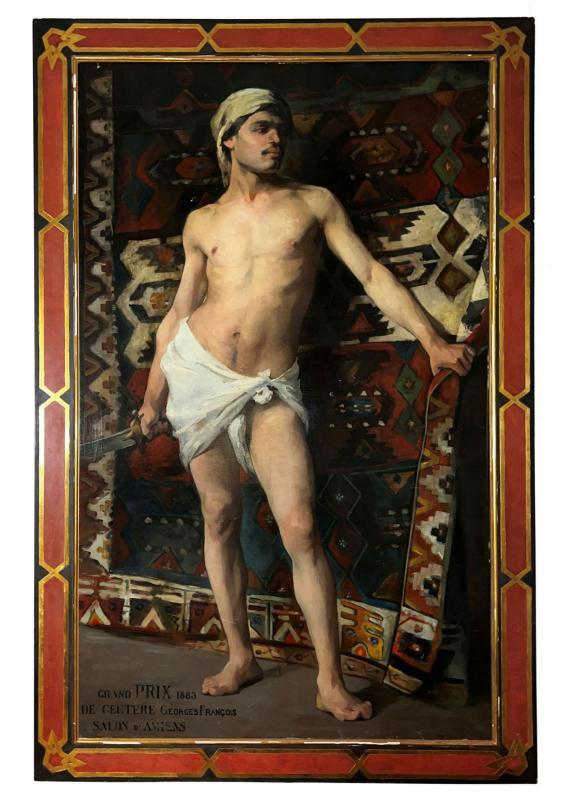 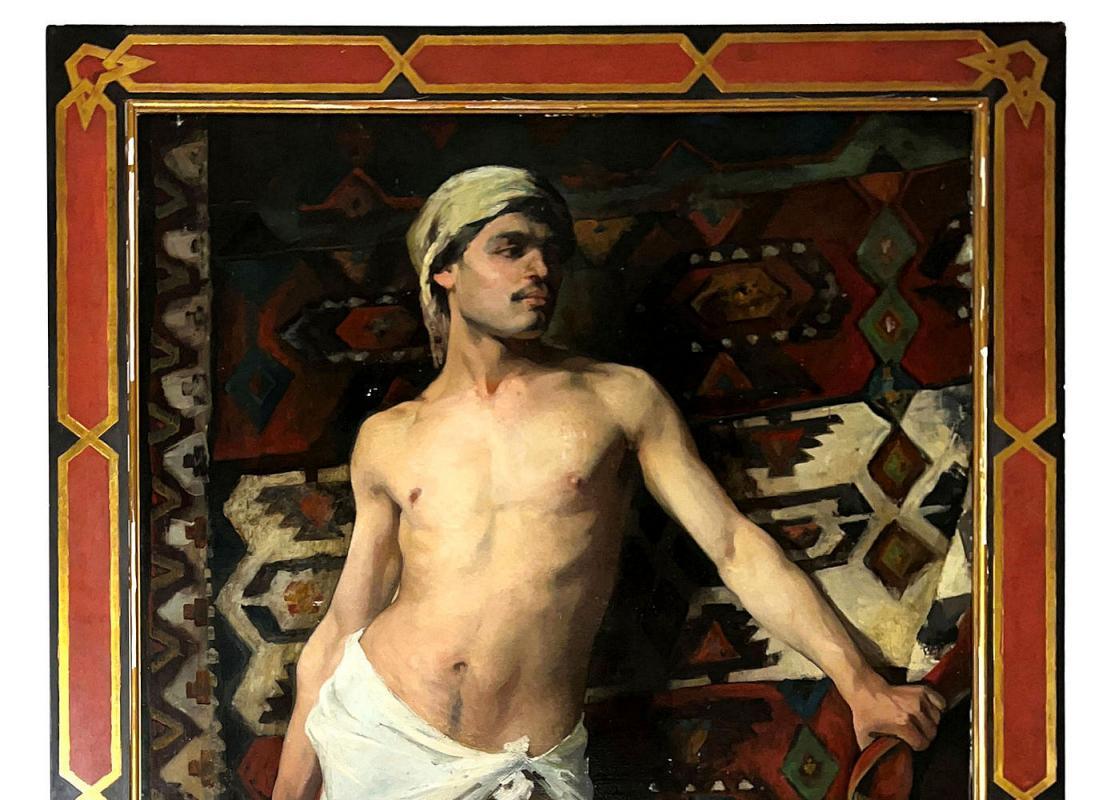 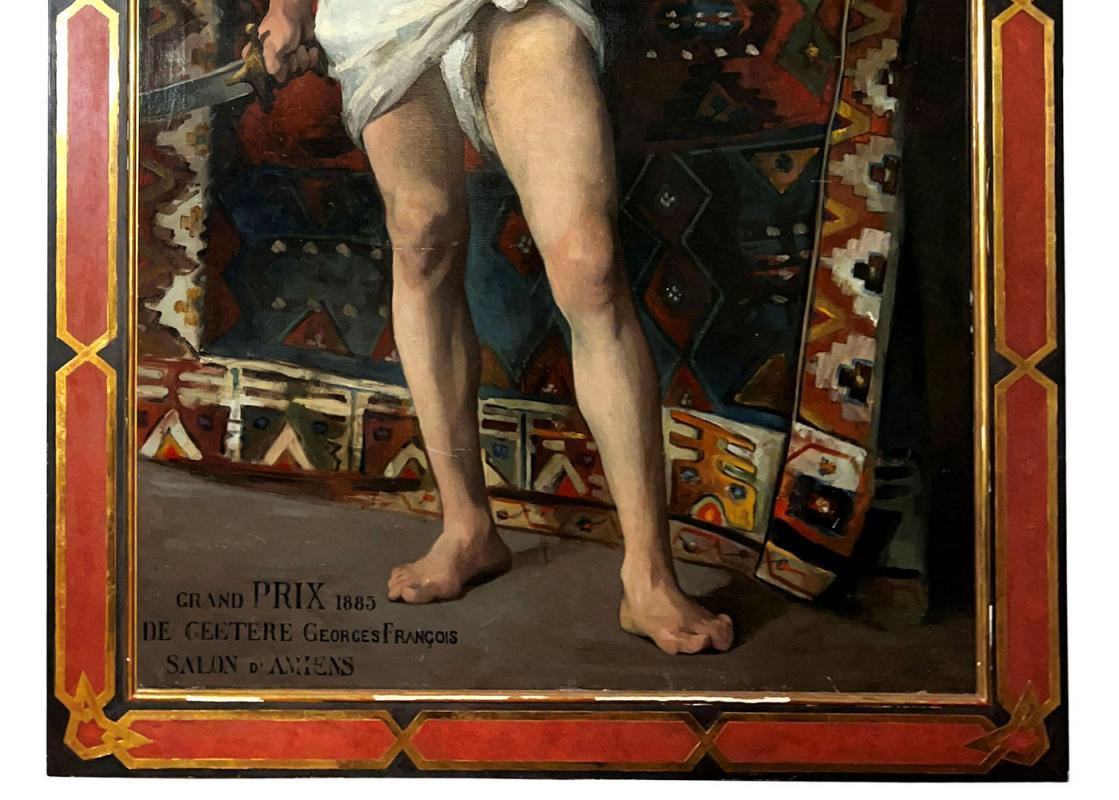 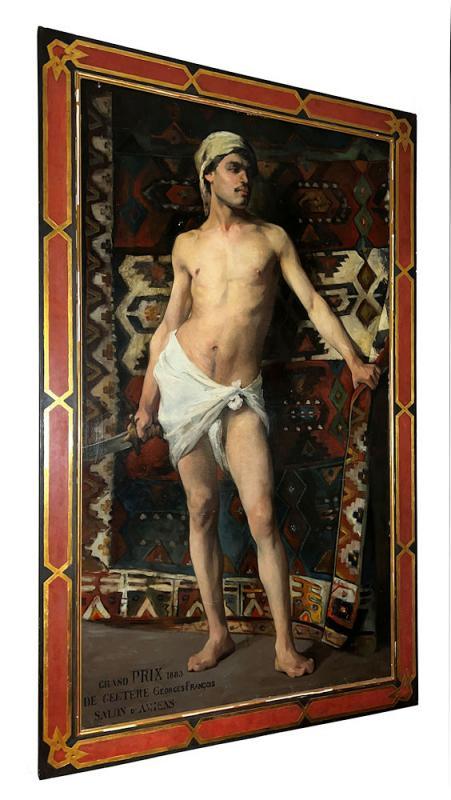 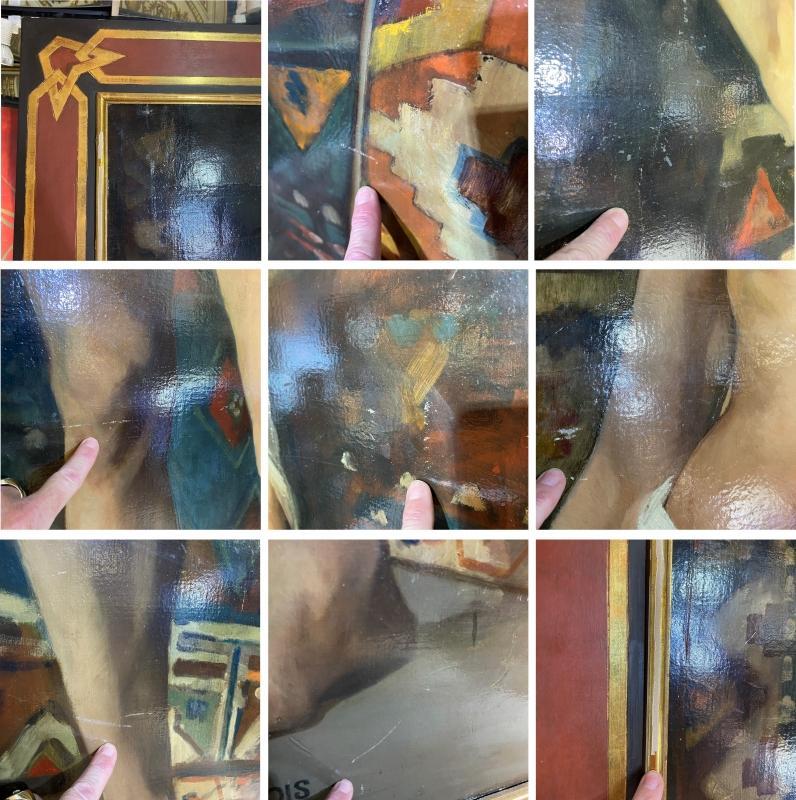 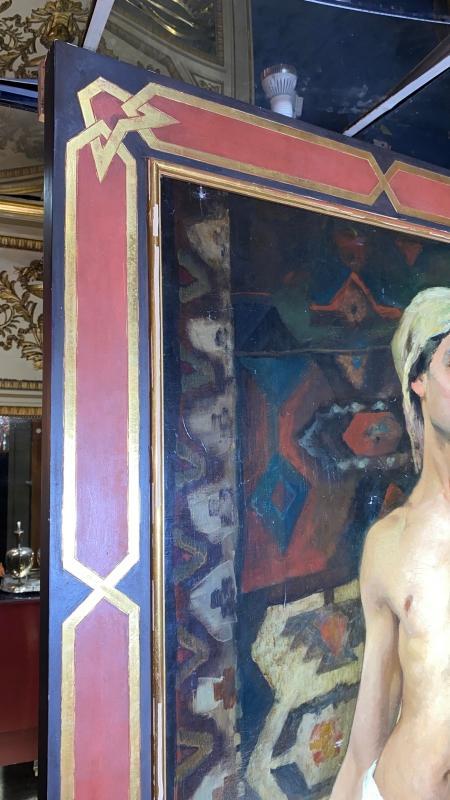 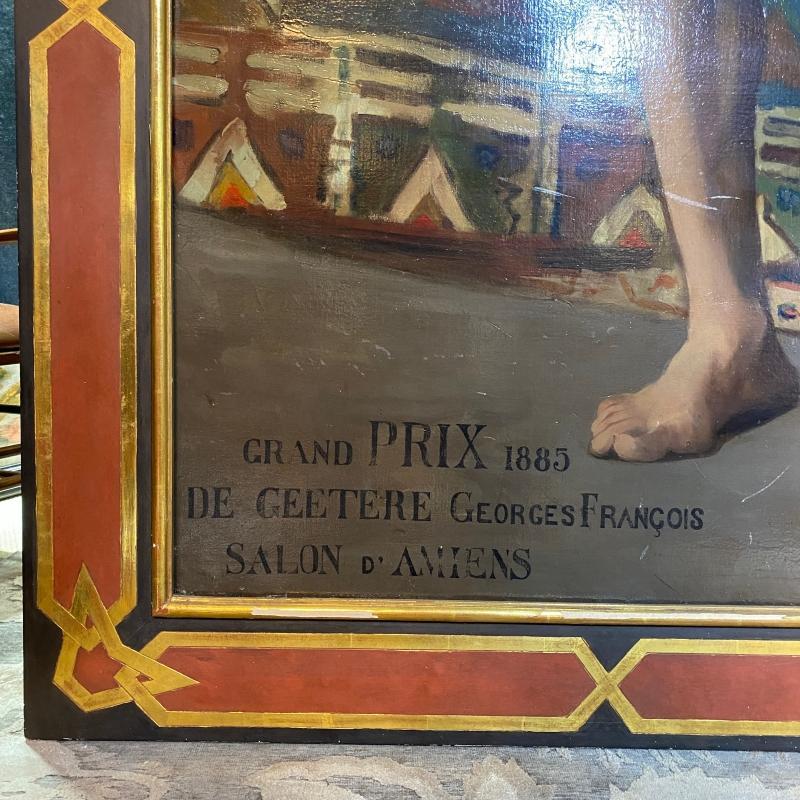 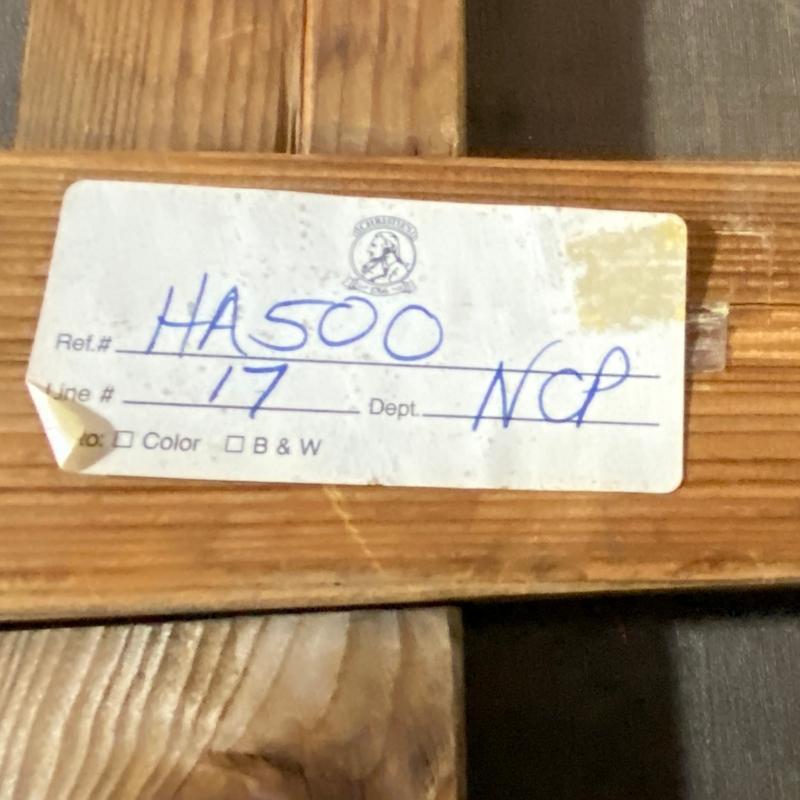 In good condition. Relined and retouched with some abrasions, scratches and paint losses, stretcher marks, surface grime and craquelure.  Rear of the stretcher has two paper labels from the Christie's sale, including one with the lot number 142, sale number 7740 and date, 14 Oct 93, and the other with the Christie's logo and handwritten markings.  Its beautiful ebonized frame features red and gold hand-painted geometric designs and is in good condition. There are abrasions, scratches, surface grime and chip losses.

The artist studied at Academie des Beaux-Arts in Brussels and was a member of L'Essor, created in 1876 by a circle of alumni and students of the school and whose motto was "a unique art, one life".  The founders were seen as progressive rebeled against bourgeois and conservative literary and artistic circles of Brussels.  He was a fine portraitist and also painted other Orientalist themed works.  A fine portrait of his resides in the colleciton of the Musee d'Ixelles in Brussels.

De Geetere's portrait of the wife of Fernand Khnopff is included in the exhibition, Belgische Meister (Belgian Masters), December 27 - February 7, 2022, at Singer Museum in Laren, Netherlands, an exhibition of Belgium paintings 1870-1950 held in conjunction with Musee d'Ixelles (Musuem of Ixelles) in Brussels.