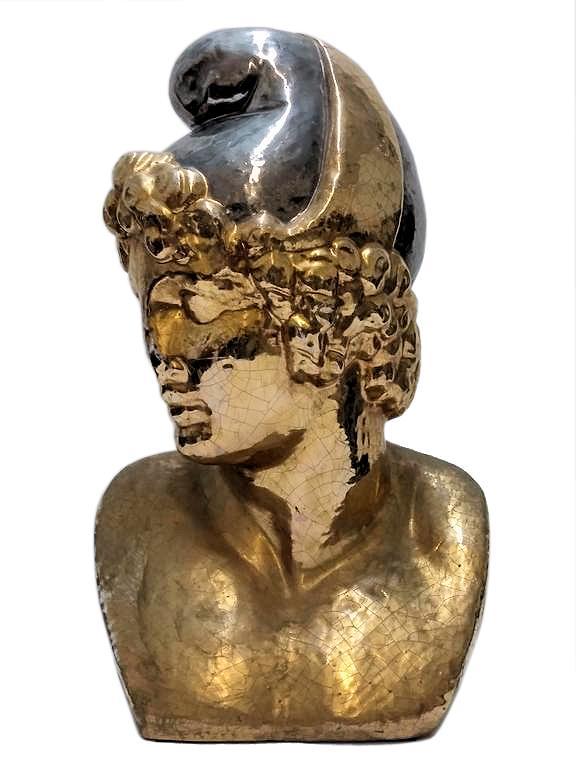 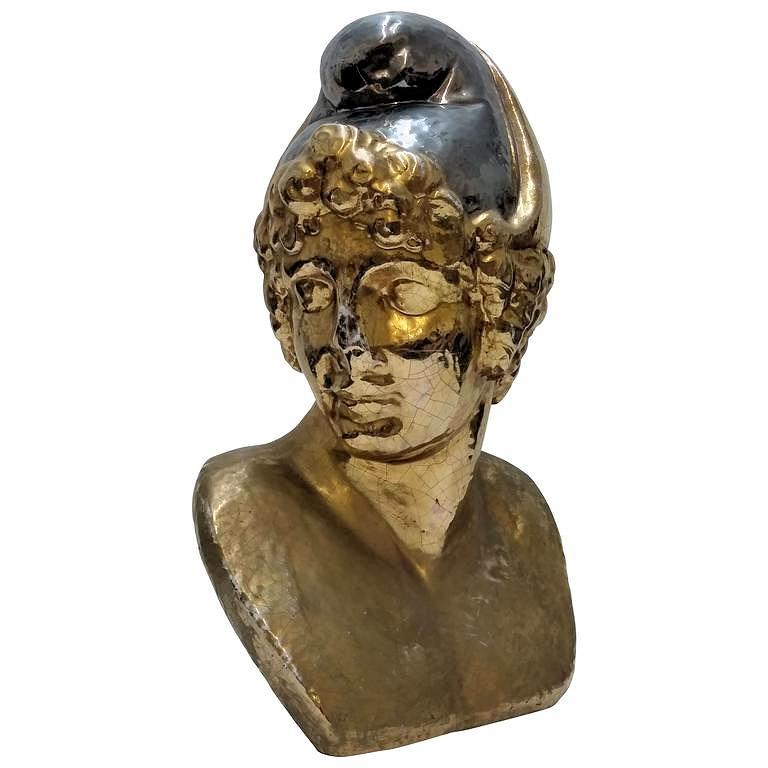 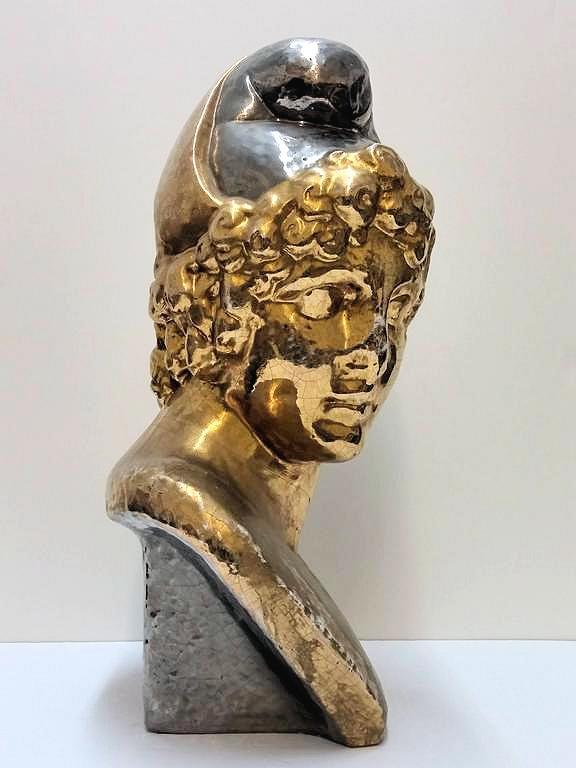 Our gilt and silvered ceramic bust depicts the Greek hero, Paris, in Phrygian cap, after the original marble bust by Antonio Canova (1757-1822).  It dates from the early 20th century and measures an impressive 21 x 12.5 x 10 inches, 53 x 32 x 25 cm.  Apparently unsigned.  Drilled for use as a lamp with hole at top, concealed with later bronze finial.  Good condition.  There is noticeable crazing to the silvered and gold surfaces.

In Greek mythology, Paris was the son of King Priam and Queen Hecuba of Troy and appeared in a number of legengs, the most notable being his elopement with Helen of Sparta which contributed to the start of the Trojan War.  The other notable legend tells of how he fatally wounds Achilles in the heel with an arrow as foretold by Thetis, Achilles' mother.  The full length figure of Paris by Canova resides in the collection of The Metropolitan Museum of Art.

This handsome male figure, dressed in phrygian cap, is often confused with the Greek hero, Ganymedes, described by Homer as the most beautiful of the mortals, abducted by Zeus in the form of an eagle to serve as the cup-bearer in Olympus.