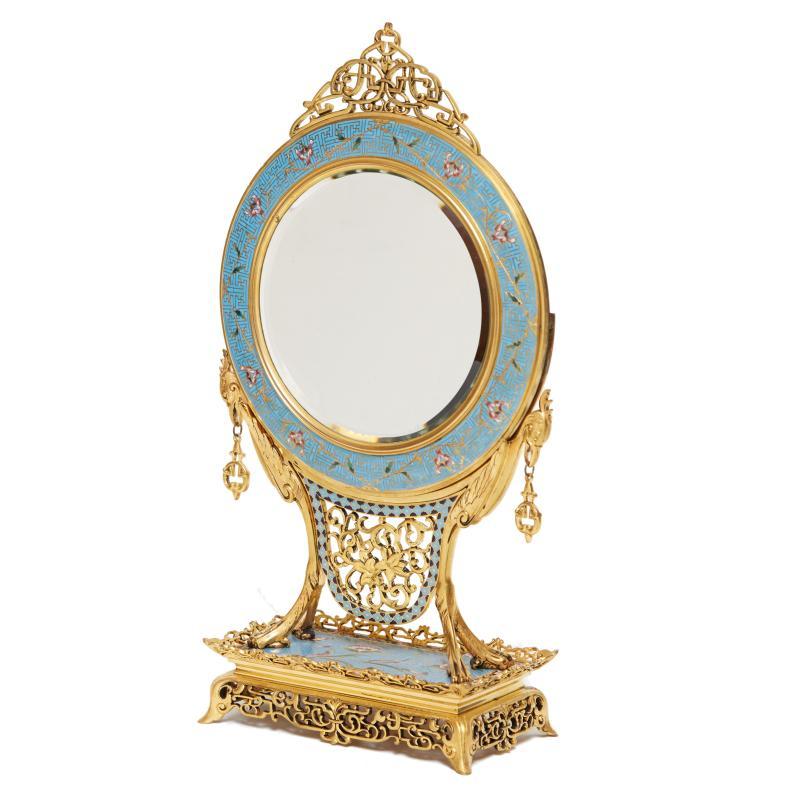 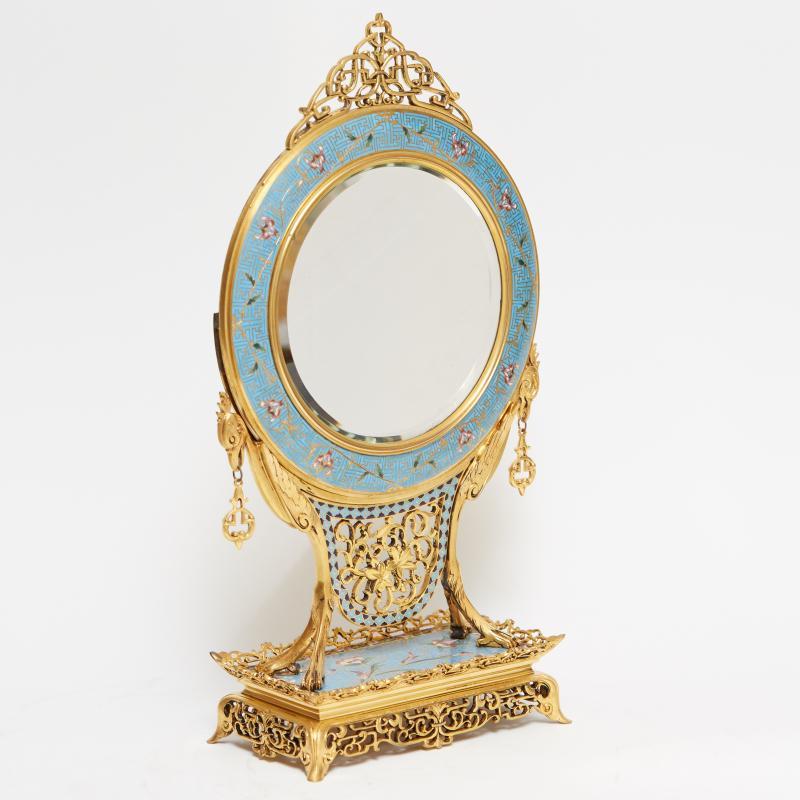 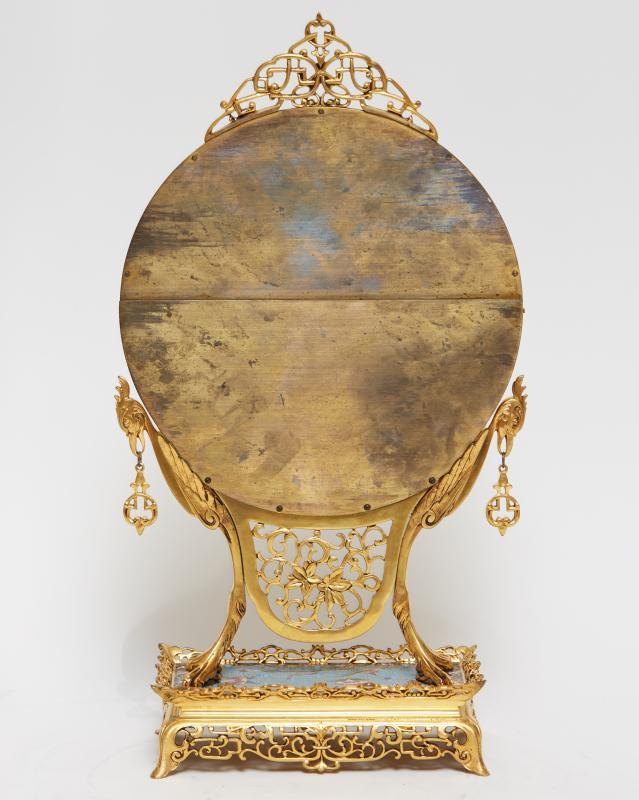 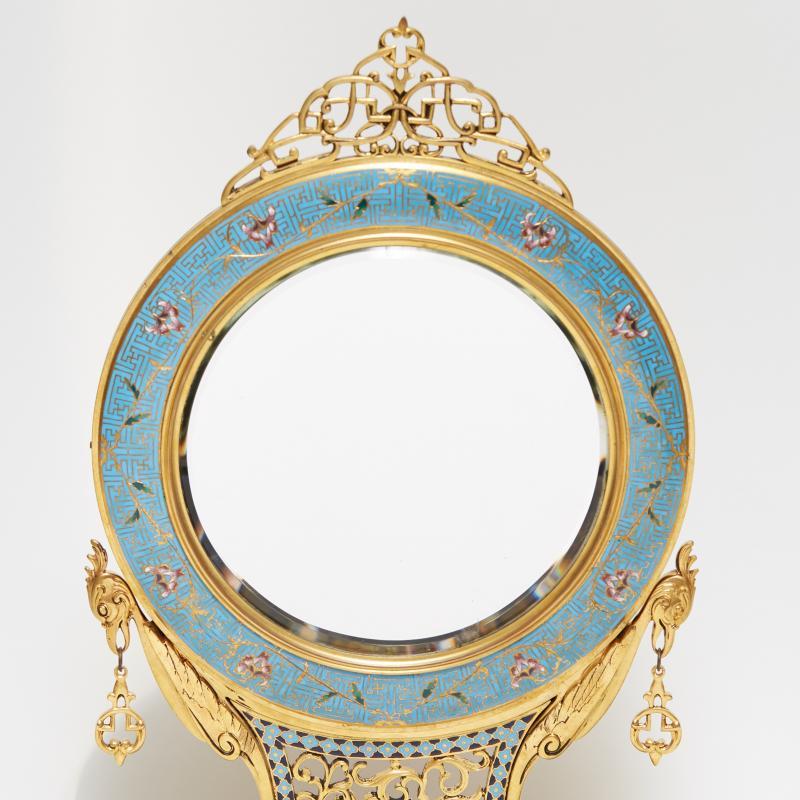 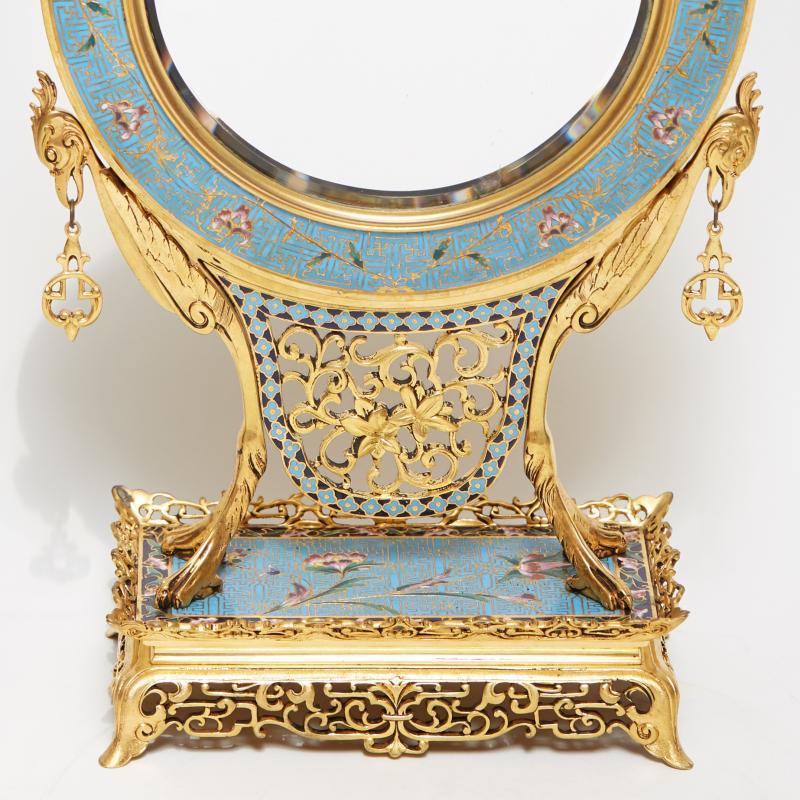 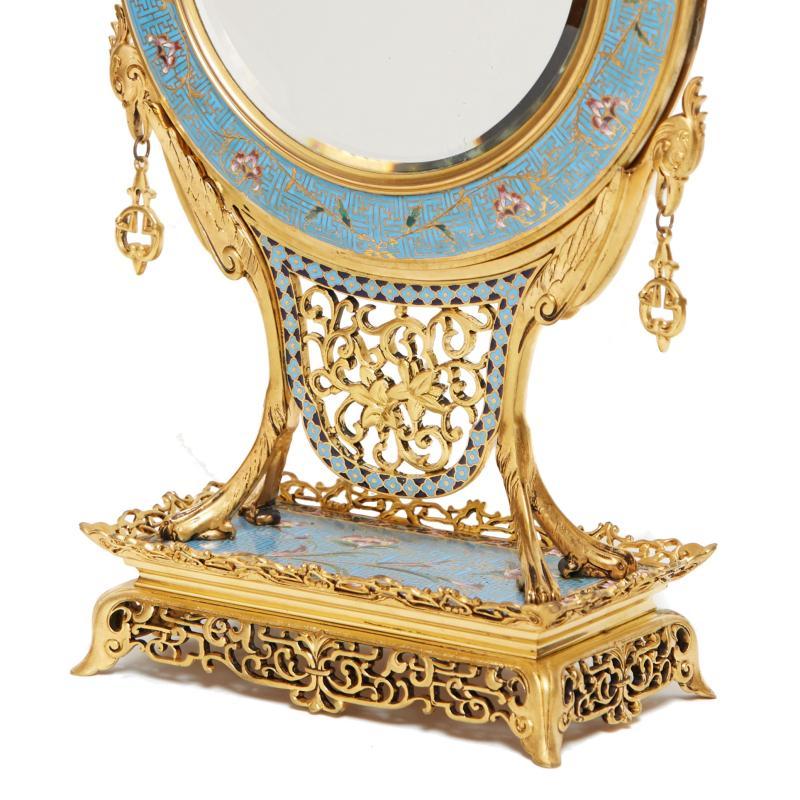 Our gilt bronze and champleve and cloisonne enamel boudoir mirror of continental origin dates from the last quarter of the nineteenth century, and is the finest example of its kind we have offered for sale in our 17 year history.  It features a circular mirror with bevelled surface (not original), a pierced crown at top, with champleve enamel depicting flowering vine motif and gold lattice on a light blue ground.  The mirror is mounted on an upright formed of bird legs, with reticulated center of blooming flowers, terminating at top in exotic bird heads.  The top of the rectangular base repeats the flower motif on the face of the mirror, and has a reticulated gallery and skirt with lattice and vine motif.  16.5 x 9 x 4 inches.

Apparently unmarked, and possibly by Edouard Lievre (1828-1886), likely produced by Barbedienne or L'esscalier de Cirstal of Paris.  Lievre was an artist, painter and designer of furniture and decorative art in metal, ceramic and glass, known for his Oriental designs, influenced by Japanese and Chinese designs.  His cupboard in the Japonism style was auctioned in London by Bonhams on December 12, 2008, for over two million British pounds, a world record at the time for nineteenth century european furniture.