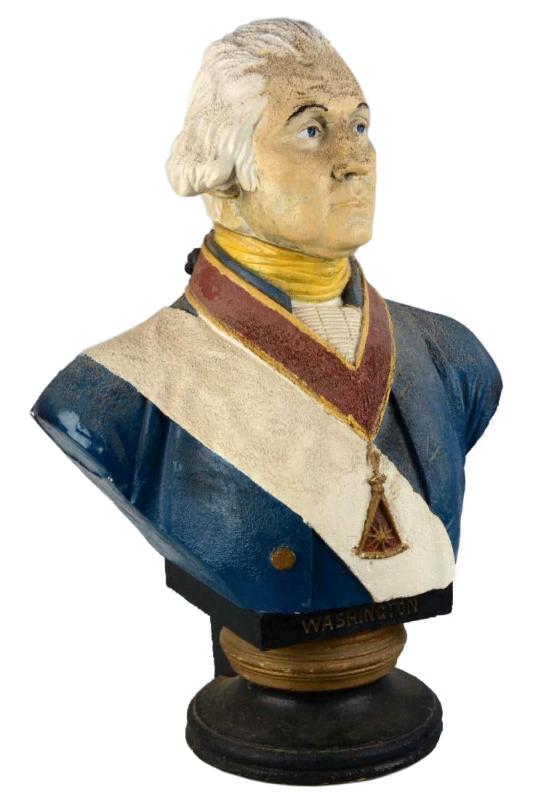 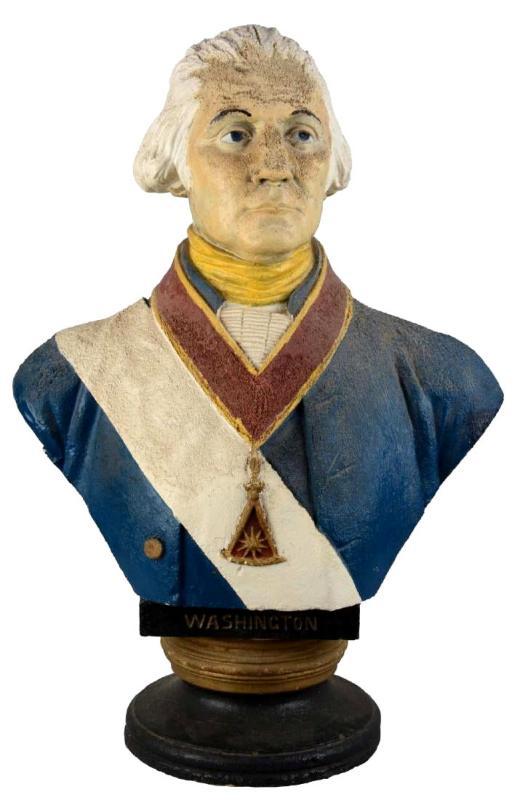 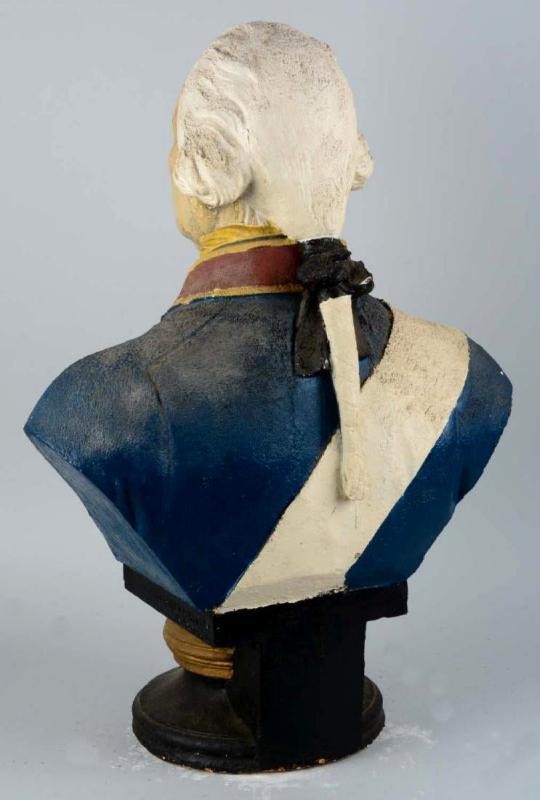 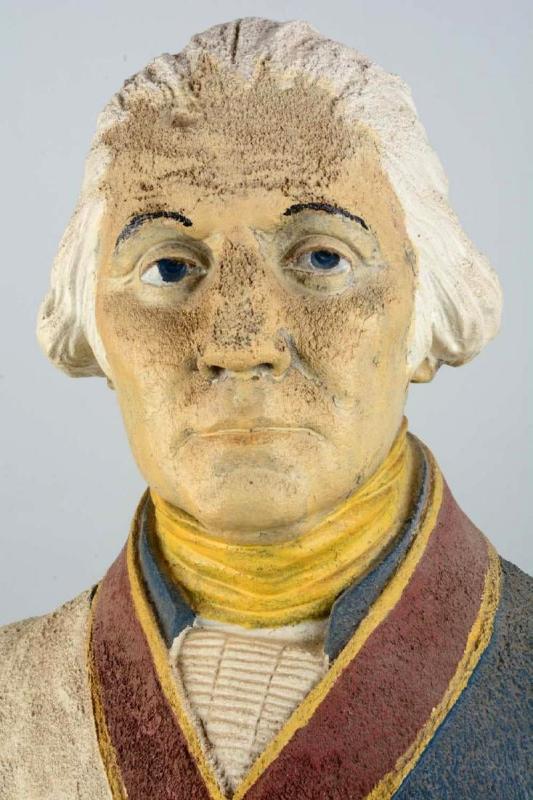 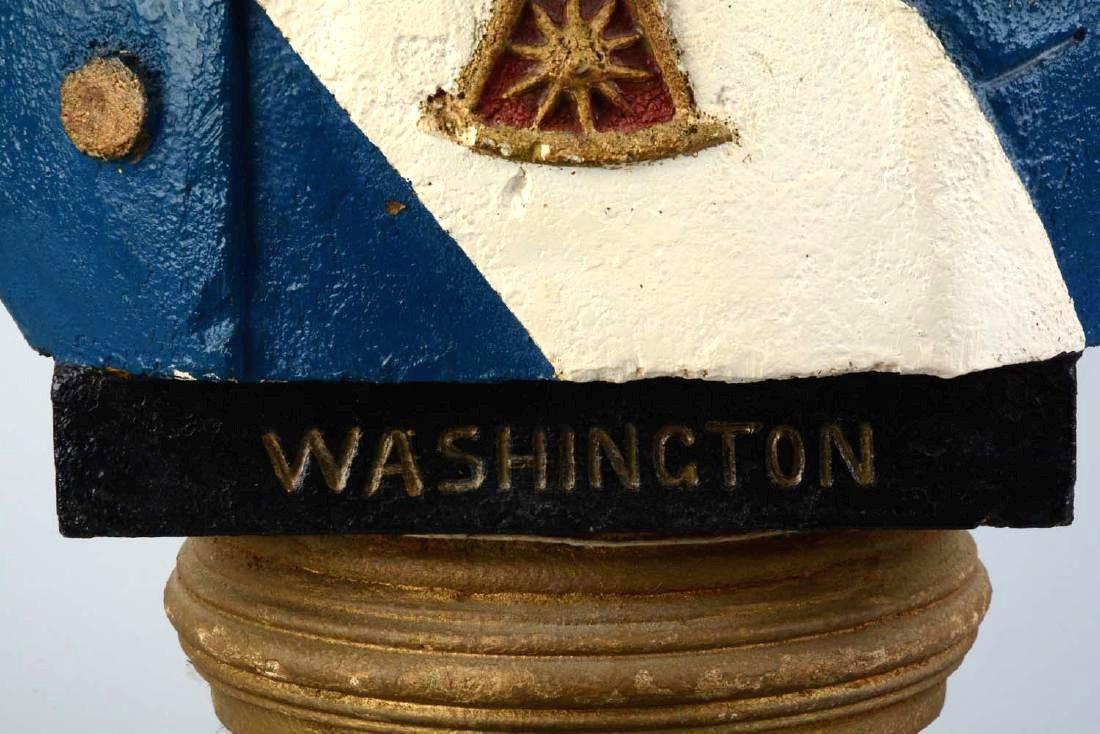 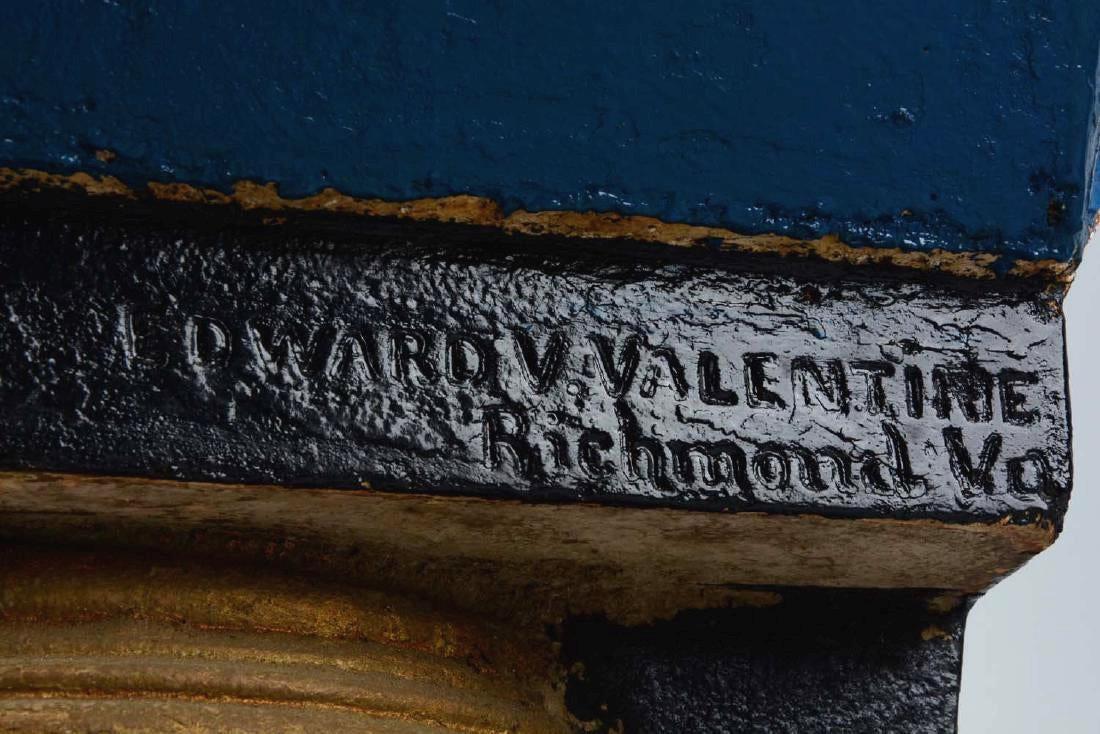 Our large and rare bust of George Washington in painted concrete depicts the president in military attire, wearing his Freemason medal, after an original model by Edward Valentine (1838-1930).  In good condition, with vibrant colors, and obvious surface dirt and wear, consistent with age.

Valentine was a widely respected sculptor who was born and lived and Richmond.  He studied under Jouffroy and Couture in Paris, under Bonanti in Italy, and under August Kiss in Berlin.  His studio, the Valentine Museum in Richmond, is one of only four studios of American sculptors that remain open to the public.  Notable works include his recumbent Robert E. Lee (1875), Stonewall Jackson bronze (1891), Thomas Jefferson marble statue (1894), John James Audubon bronze (1910), and his bust of Washington.  Another bust by Valentine resides in the collection of the George Washington Masonic National Memorial in Washington, DC.