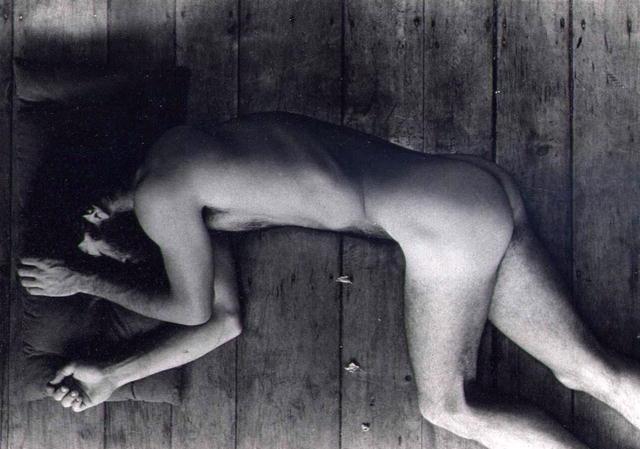 Mounted on card; stamped verso: 'Photograph By / George Stavrinos'; also signed and dated in pencil, verso. This photograph was made while George Stavrinos was a student at the Rhode Island School of Design. He had a successful career as a fashion illustrator, creating powerful visual identities for Bergdorf Goodman and other retailers. He also art directed Hollywood films, including "Union City" (1980), and illustrated books. While primarily an illustrator, the influenced of his teachers Harry Callahan and Aaron Siskind at Rhode Island can certainly be seen in his photography. Stavrinos's work is included in many specialty design collections, including the Frances Neady Collection and the Leslie-Lohman Gay Art Foundation.