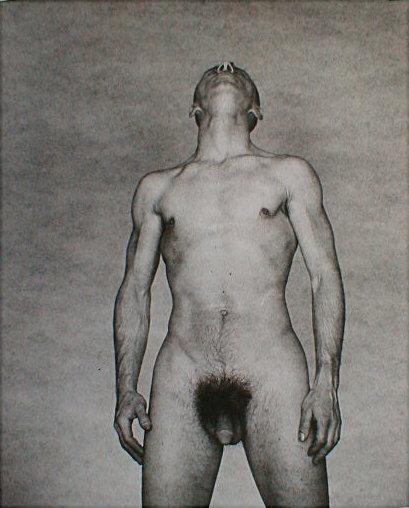 From a paper negative. Photographer's 'East 47 Street' stamp verso along with collection stamp of John Edward Rollins. Ted Starkowski was Lynes' boyfriend and a favorite model in the eraly 1950s. .

OTHER WORKS BY LYNES ARE AVAILABLE; PLEASE EMAIL US.