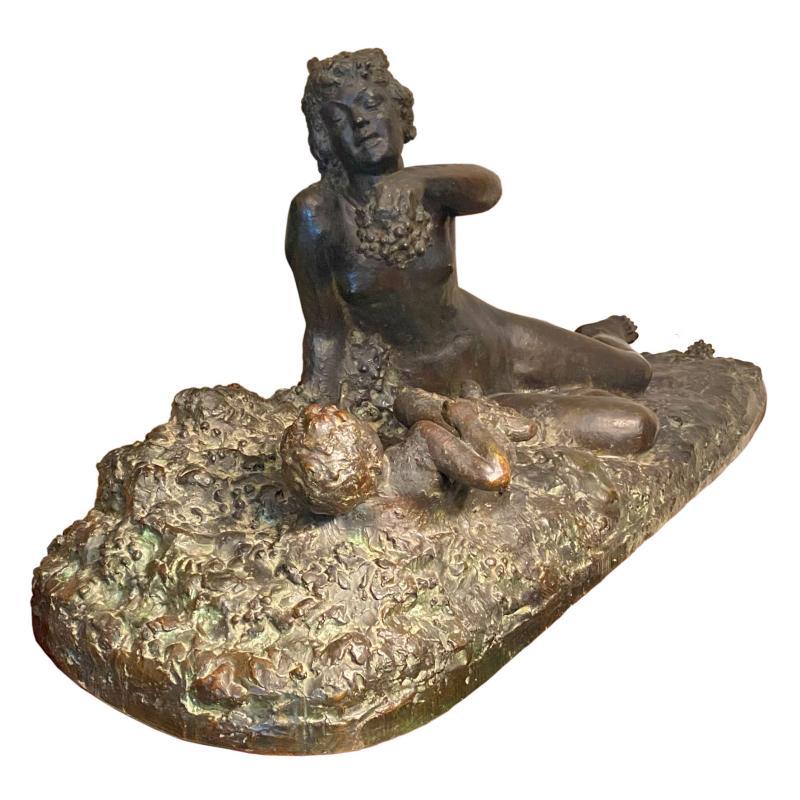 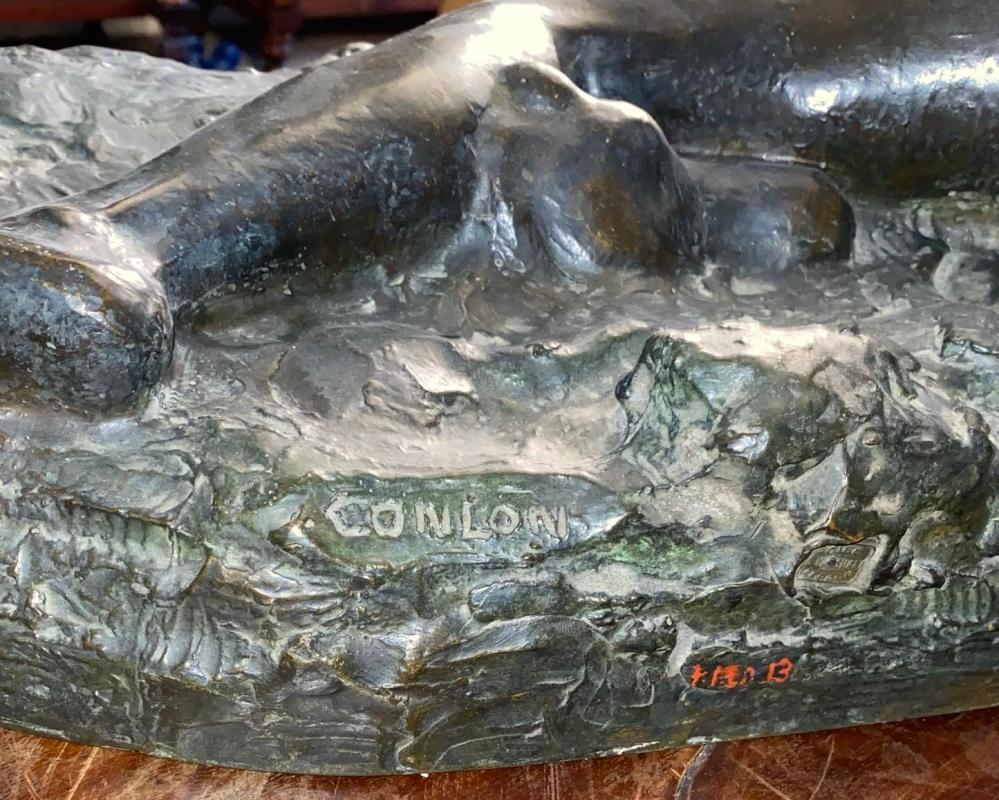 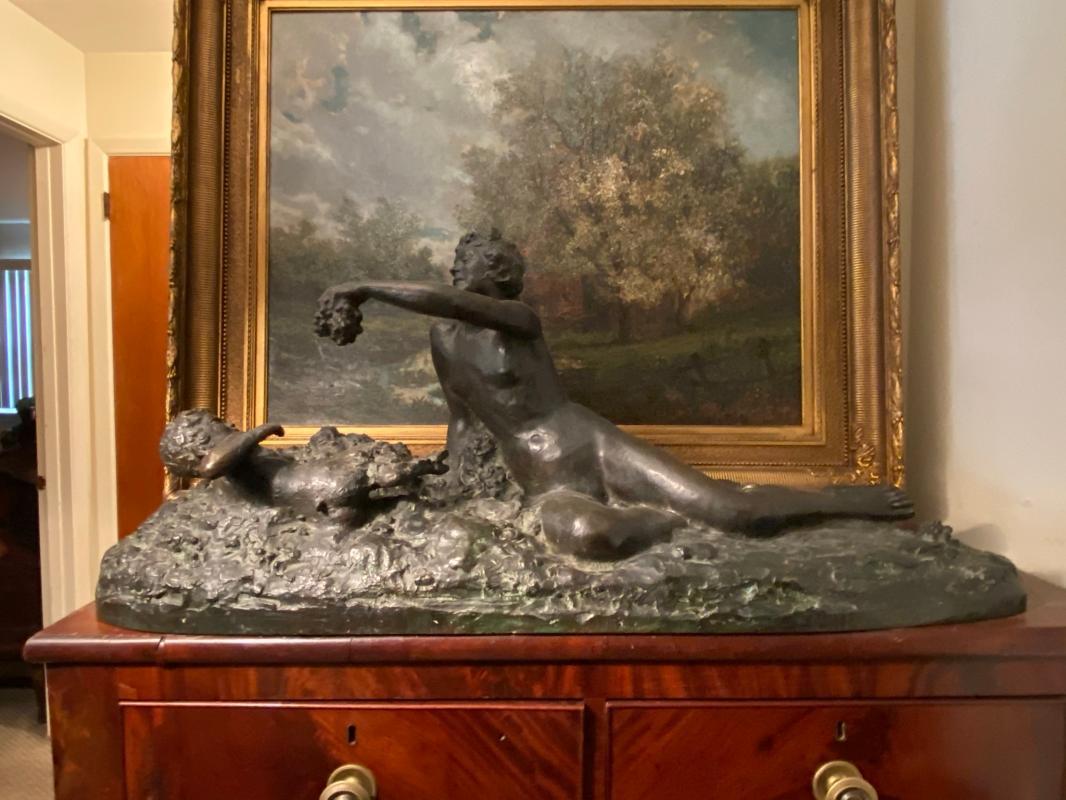 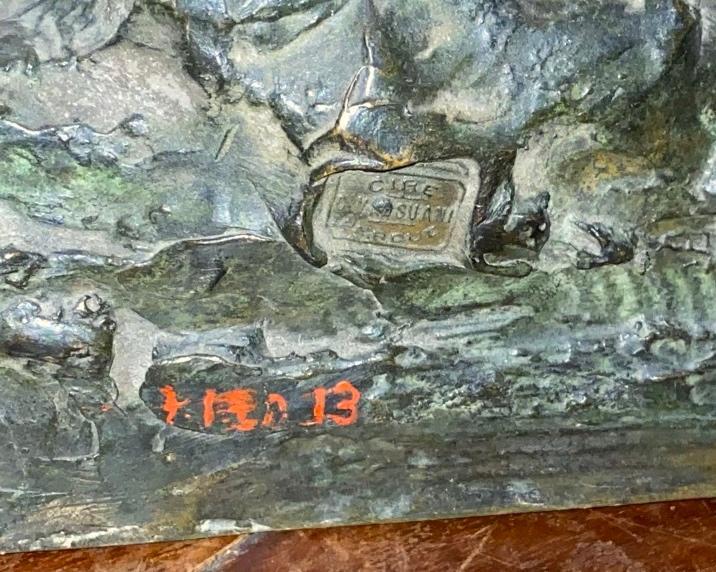 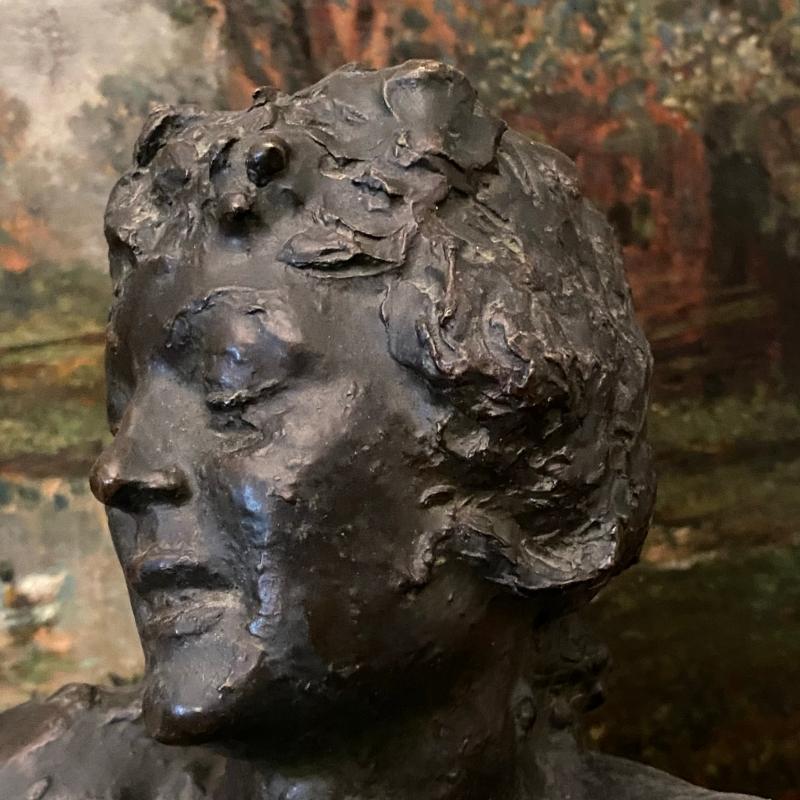 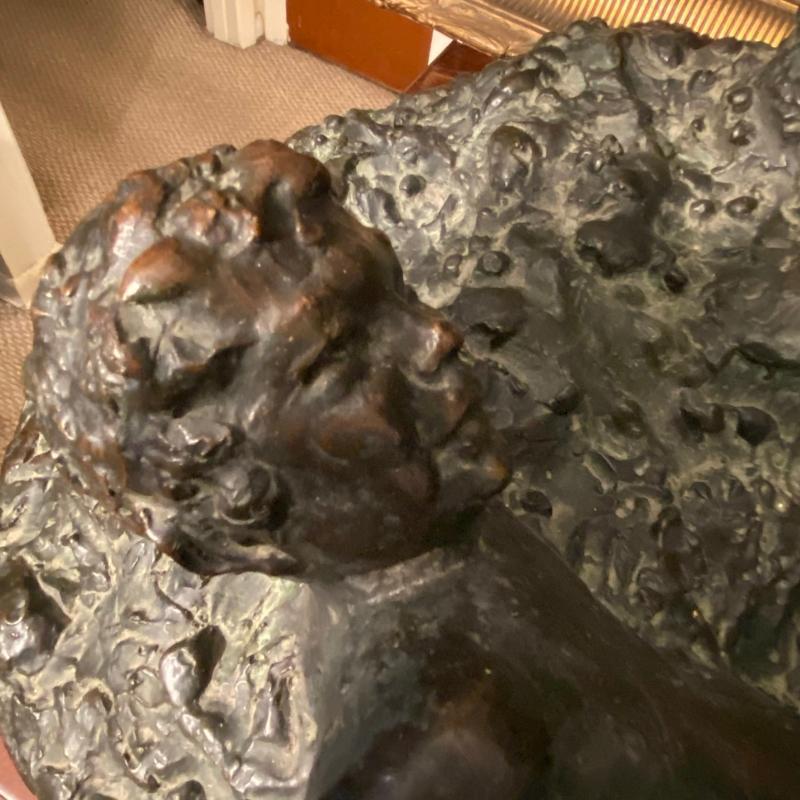 Our wonderful bronze by George Conlon (1888-1980) depicting a nymph feeding grapes to a baby satyr measures 41 by 16 by 18 inches.  Cast in Paris at the Claude Valsuani foundry in Paris, known for their castings for Renoir, Bourdelle, Daumier, Picasso, Pompon, Despiau, Troubetskoy, and many other prestigious artists.

The artist attended the Maryland Institute College of Art in Baltimore and was recipient of the prestigious Rinehart Scholarship which led to his studies at Academie Julian and the Academie Colarossi in Paris.  He lived there from 1919 to 1941, and according to his obituary in The Washington Post, while in Paris created busts of Charles Lindbergh, Marshal Ferdinand Foch, Marie Curie and other notables. He also was publicity manager of the Paris edition of The New York Herald Tribune for many years.  He is known for his bust of Secretary of State, Cordell Hull (1871-1955) installed at the U.S. Senate, bust of John Pershing, General of the Armies of the United States Commander in Chief American Expeditionary Forces 1917—1919, installed at the American Legion headquarters in Indianpolis, and a memorial monumnet in Biarritz, France.