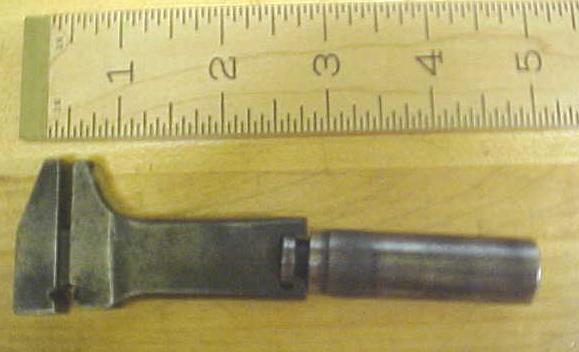 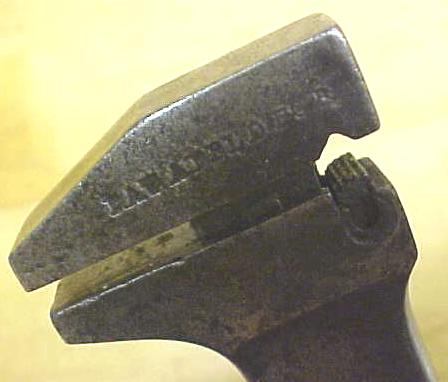 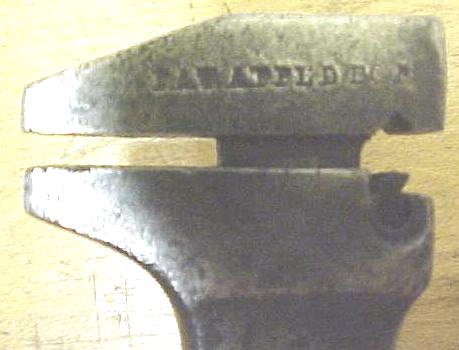 This is one of the more rare bicycle or cycle wrenches made or at least patented in the late 1800's era! This is a Schulz #109 featuring the special wheel spoke adjuster feature on it, (they were made with or without)and the nut wrench at the other end of the jaws. The wrench is marked with a "PATENT APPL'D FOR", and was later patented on JUNE 7TH 1892 making this a very early production tool. The patent was by Peter Gendron of Gendron Iron Wheel Co. in Toledo Ohio, and this company was known to operate until around 1925. This is the first that I have seen of this 4.7" long (closed) wrench in many years of collecting, with the patent pending mark on it. There is one flaw on this wrench and that is on the end of the jaw main outside section there should be two ears that the round section of the end handle turns in, causing the jaw to open and close. One side of the ear, or one of 2 ears is chipped off, hardly noticeable as the wrench still works properly, but is weakened by the missing piece. It's in good condition otherwise, with about 5% of it original nickel plating on it, good straight beam and slide, adjusts smoothly, good serations on the spoke adjuster feature jaw. One of the nicer designs in pocket wrenches that I've seen! Very rare! Our price reflects the flaw noted above. Shows well as the flaw is hard to see.