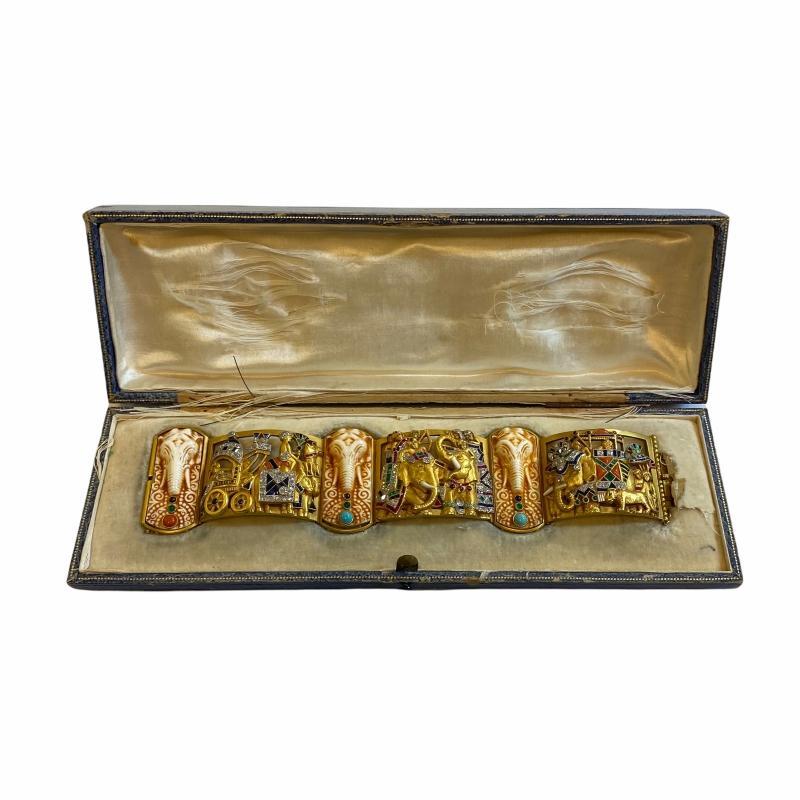 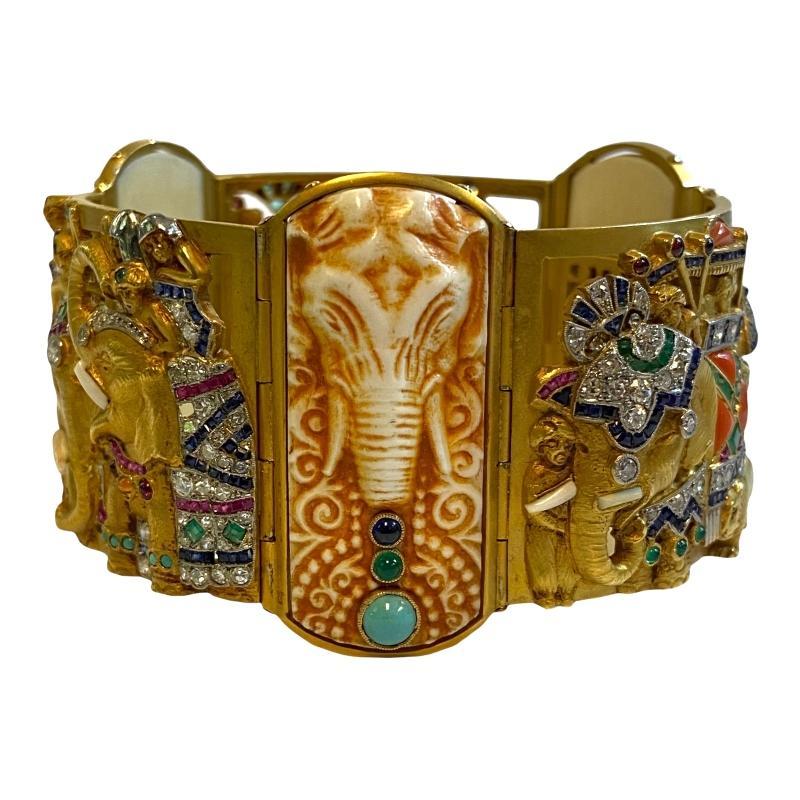 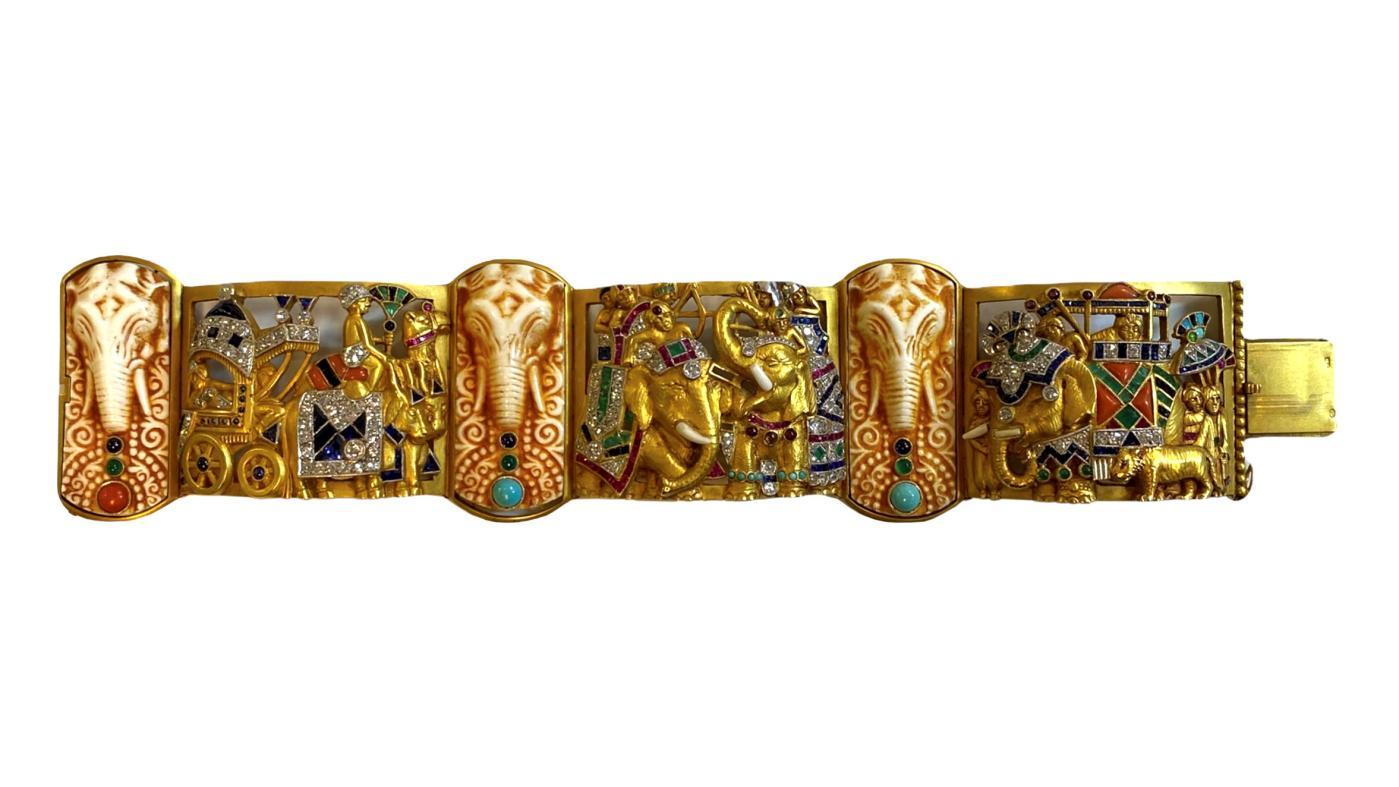 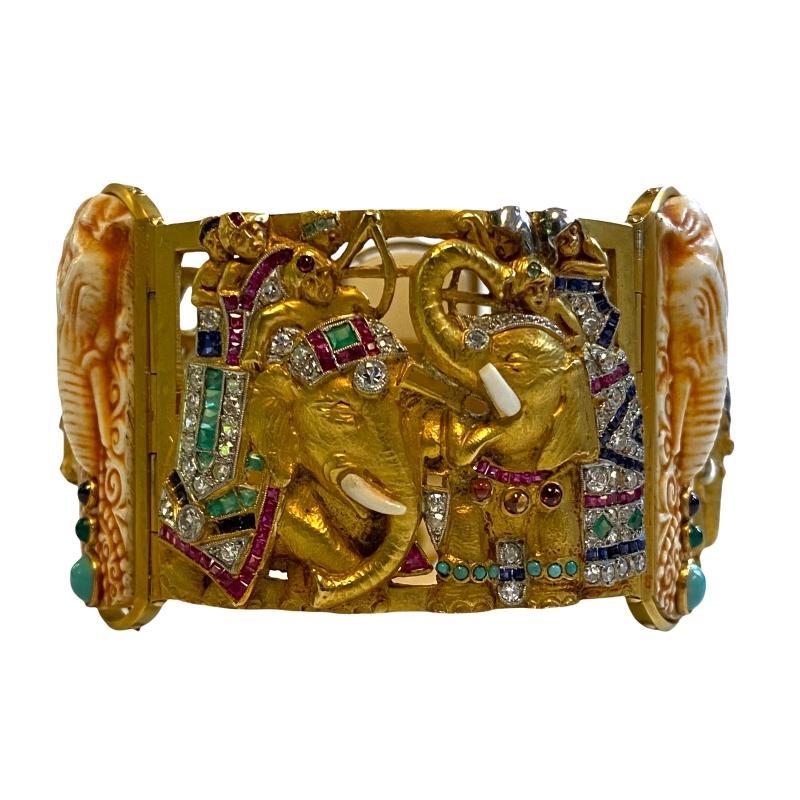 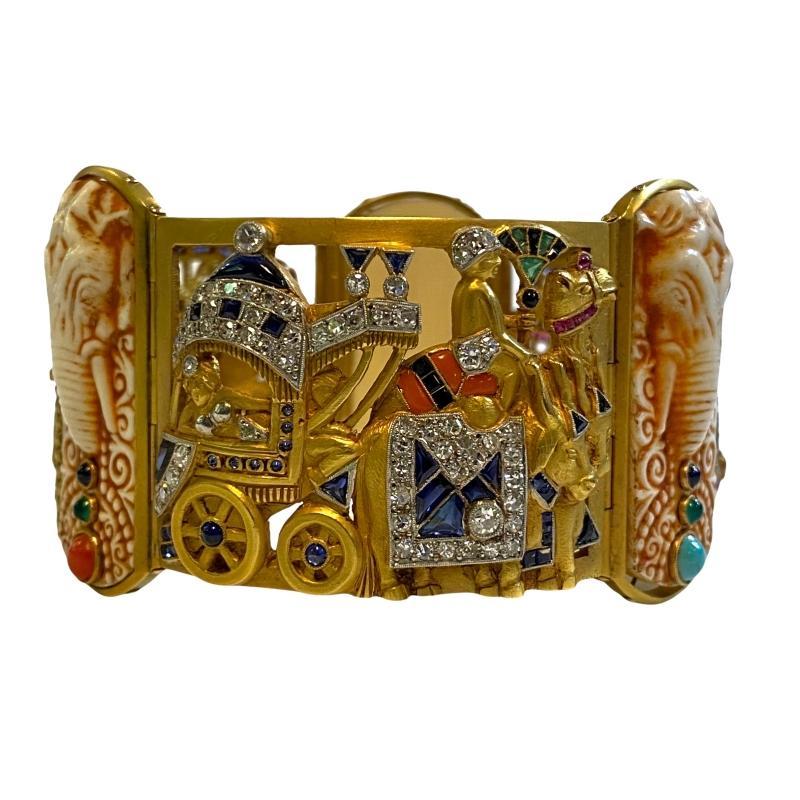 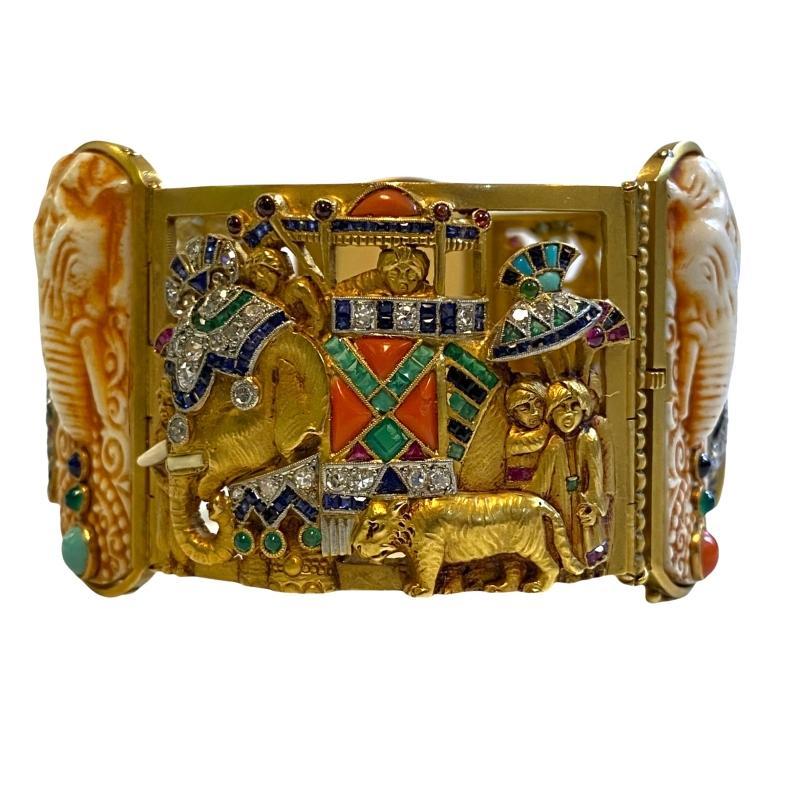 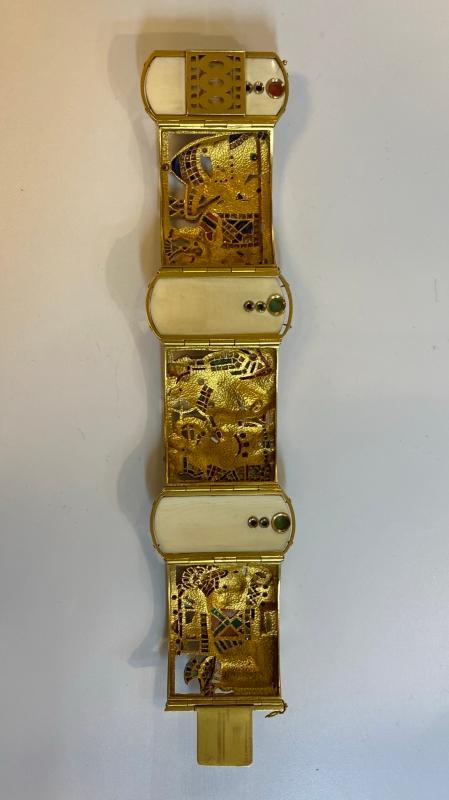 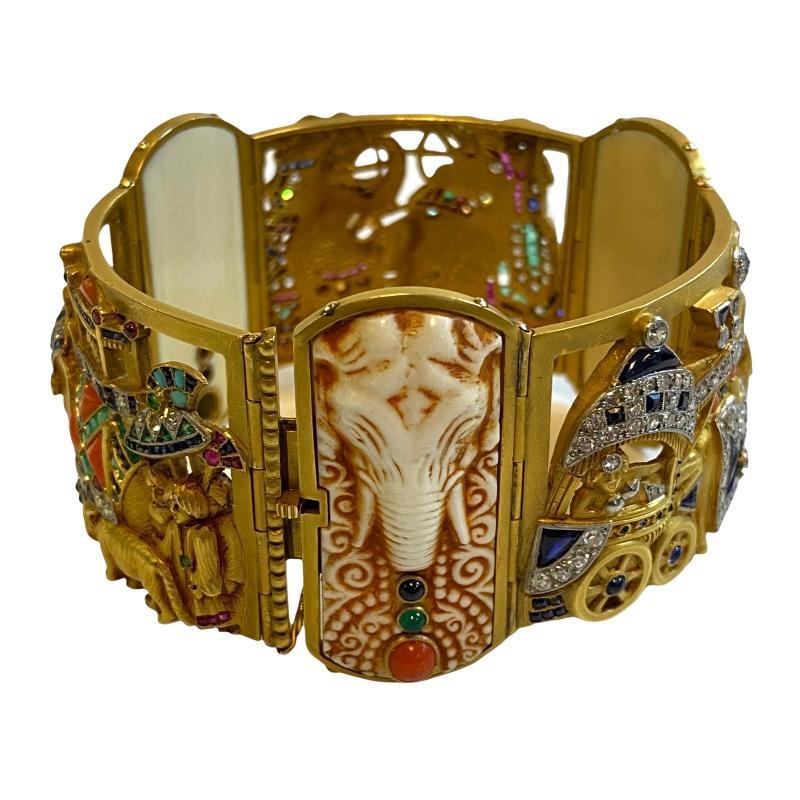 Apparently unsigned.  In good condition.  On the panel depicting two elephants, there is a missing emerald and appear to be missing gemstones from two other small areas.

According to Sotheby's Fuset y Grau was a leading figure of the Modernista movement in jewelry, sharing this reputation with another contemporary jeweller and compatriot, Lluis Masriera. Both were active in Barcelona from the end of the nineteenth century to the beginning of the twentieth. Fuset y Grau was one of the leading artisanal houses of its time. Its excellence was rewarded at the International Exhibition of Decorative Arts in Paris where it was invited to exhibit its creations in 1925.  The Spanish house is also distinguished by its way of combining bone, plique-à-jour enamels, pearls and the use of highlighting with gold engraving.  The firm also designed and produced bracelets, pendants and brooches exhibiting other exotic cultural themes, including those of the Aztecs and Assyrians.