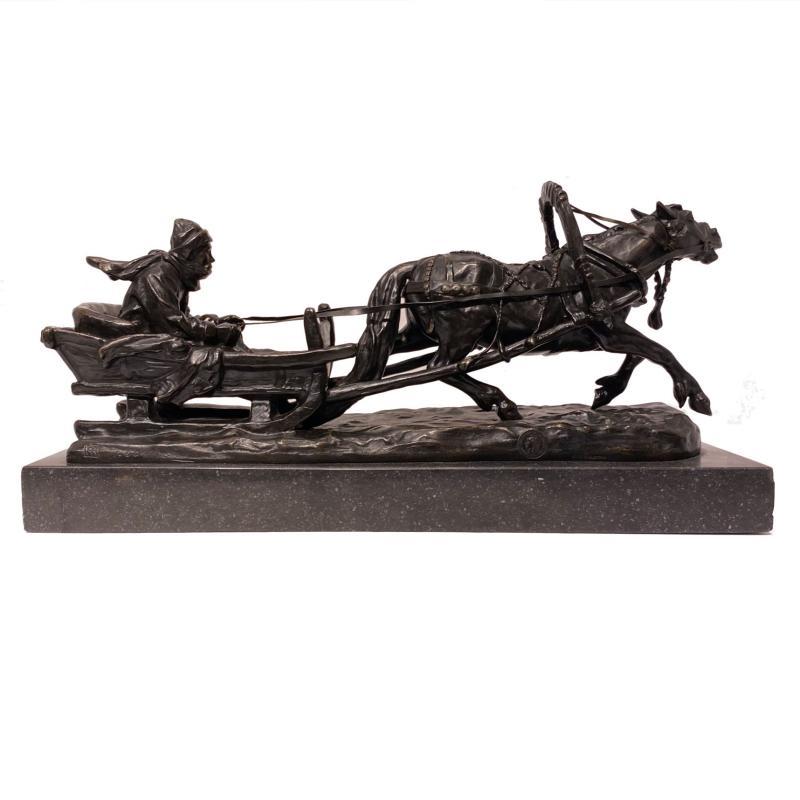 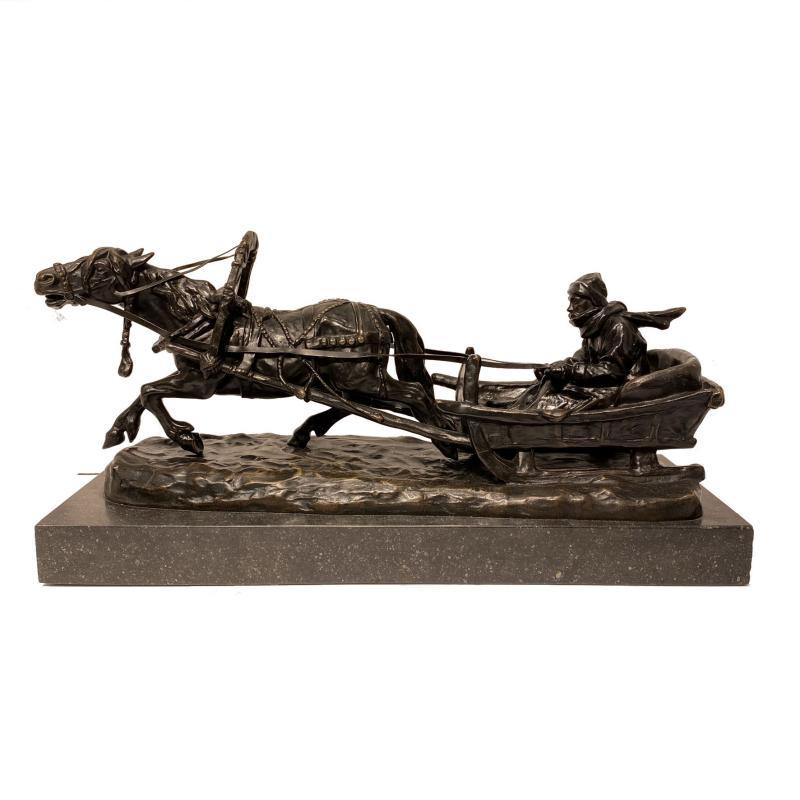 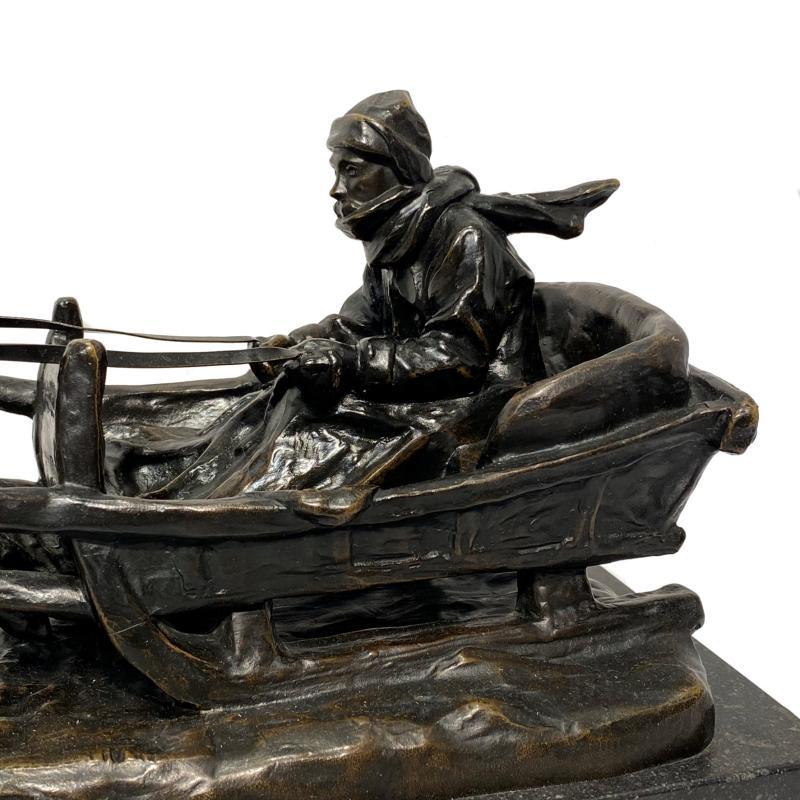 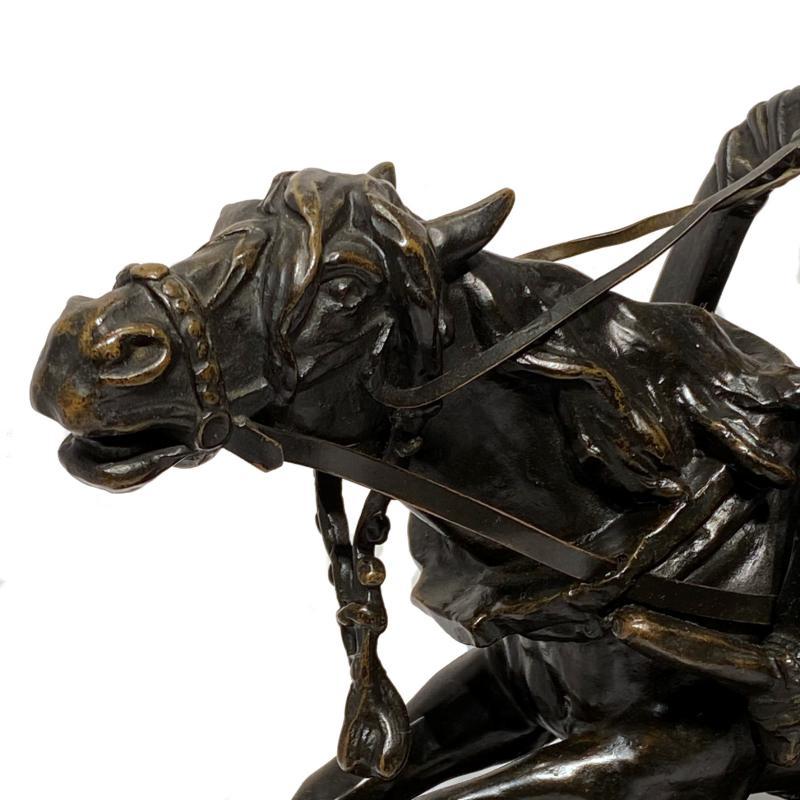 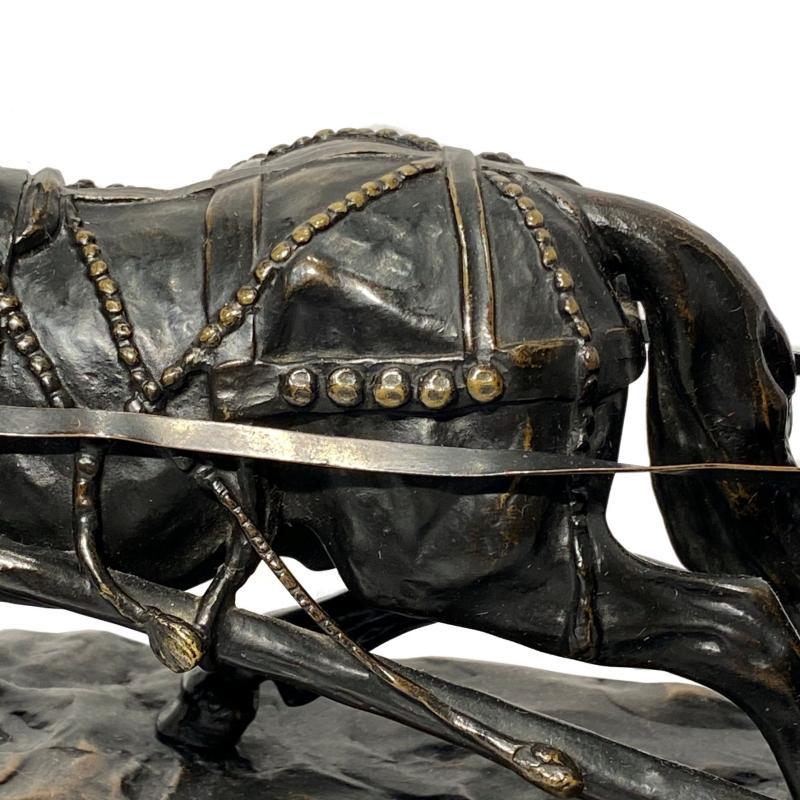 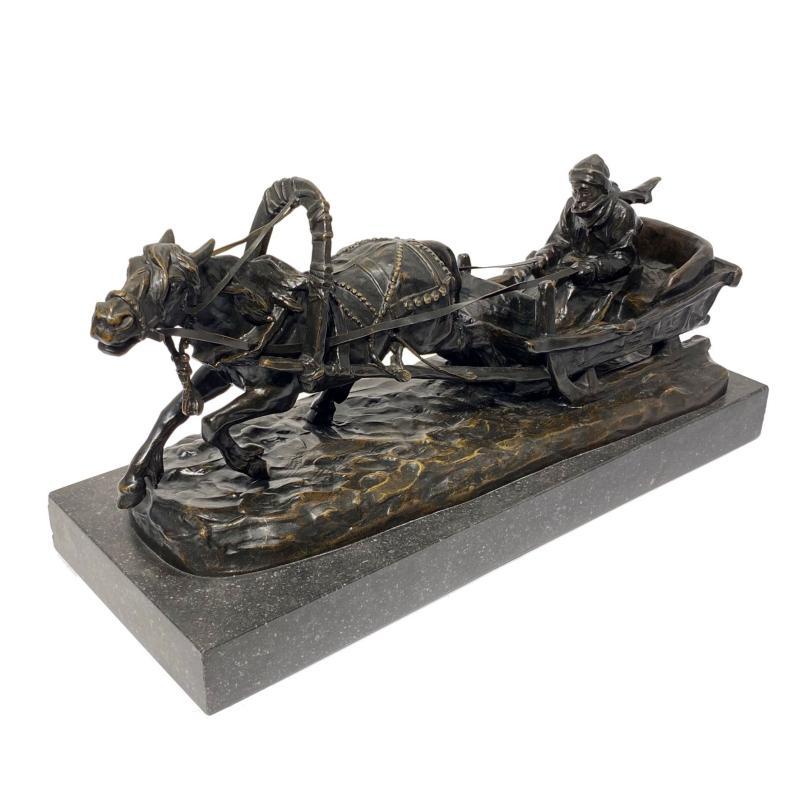 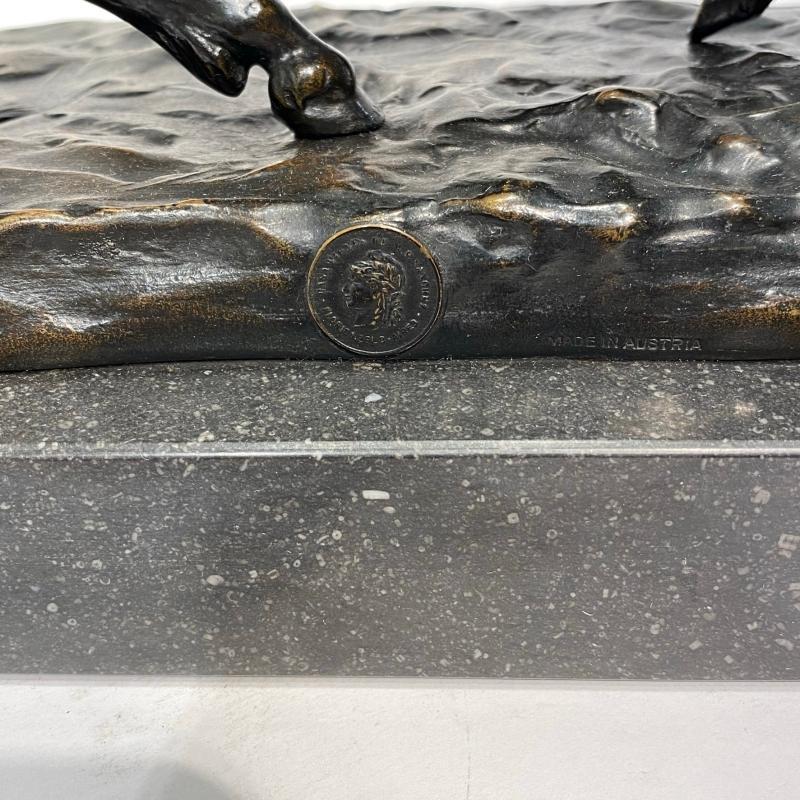 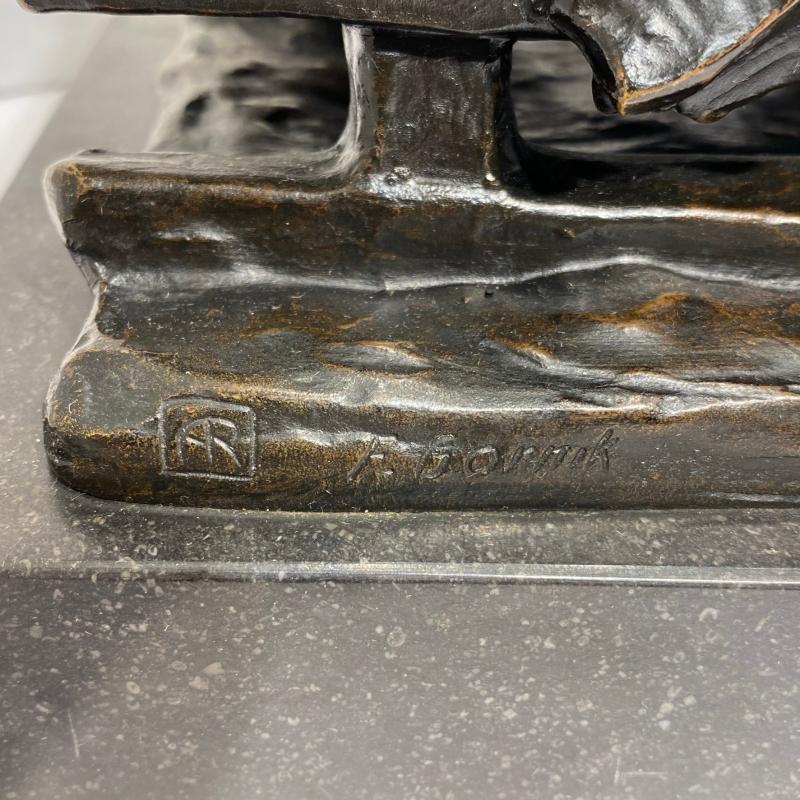 Our bronze depicting a gentleman driving a horse-driven winter sleigh after a model by Friedrich Gornik (1877-1943) was cast in Austria. Including its charcoal/grey marble plinth the piece measures 17.75 by 8.75 by 7 inches (45 by 22.2 by 17.8 cm).  Signed near the sleigh and marked with foundry mark "CASA VIGNES DE M. P. SANCHEZ. FLORIDA 361 B. AIRES". Also incised "Made in Austria".  In good condition.  There are some chip losses to the edges of the marble plinth.

Gornik was born in Austria and studied sculpture at the Vienna School of Arts and Crafts. Like Carl Kauba, Gornik was fascinated by the American West, and especially the Indians and Cowboysit.  Early in his career he designed animal figures and mounted horsemen for porcelain makers.  Many of his works were cast by the Arthur Rubenstein foundry in Vienna.  He also created a naturalistic group of horses, the Troika, that still decorate the Imperial Villa in Bad Ischl. He was co-founder of the Carinthian Kunstverein and his works are in several museums, including the Austrian Gallery Belvedere and the Museum of Military History.

Casa Vignes was a leading importer of fine and decorative art from Europe that was founded in 1886 by Modesto P. Sanchez, and located at Florida 361 and 431 in Buenos Aires, Argentina.