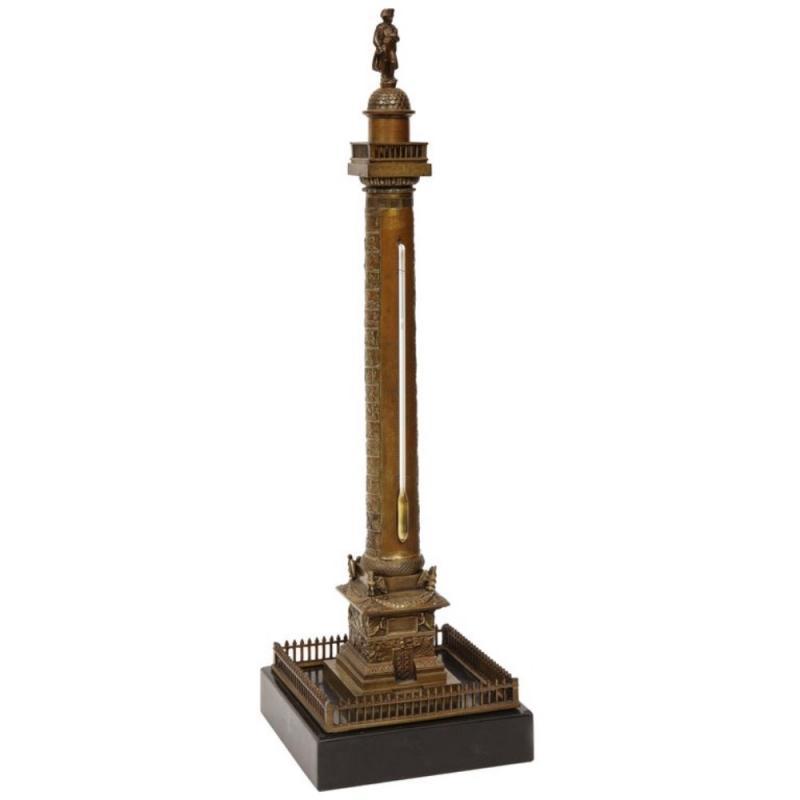 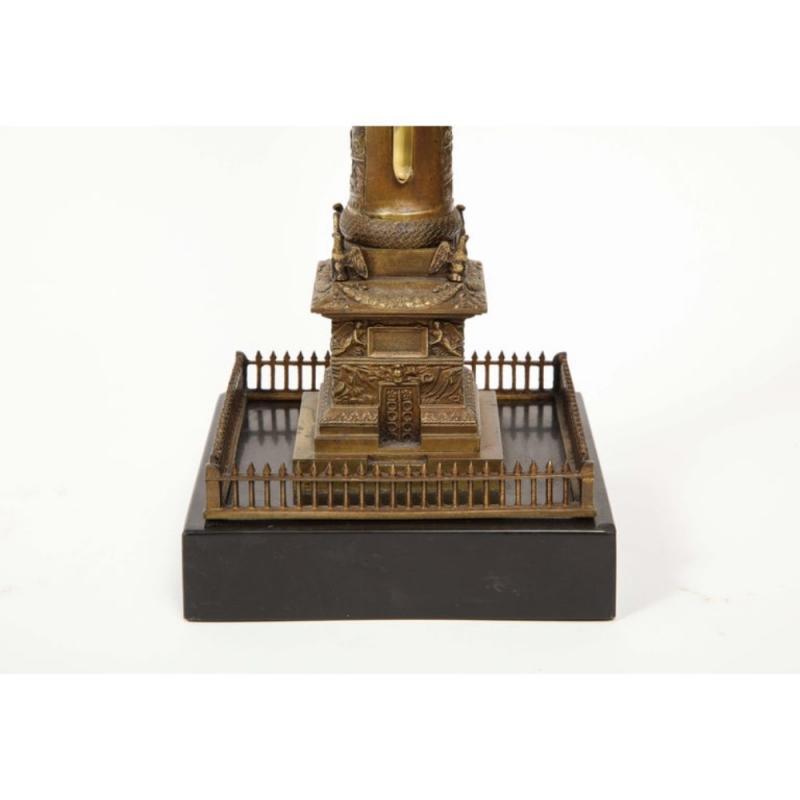 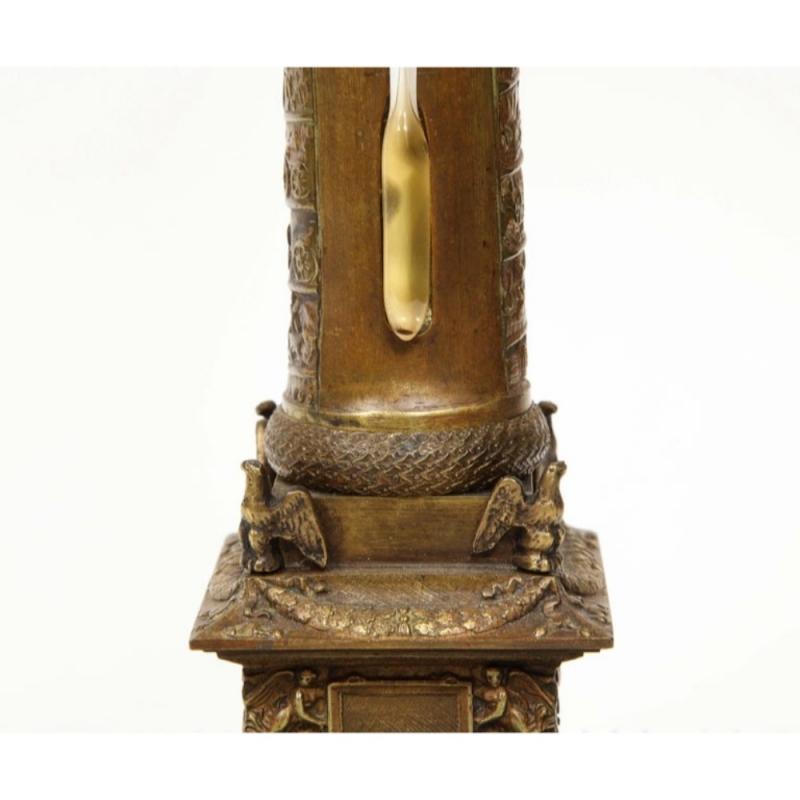 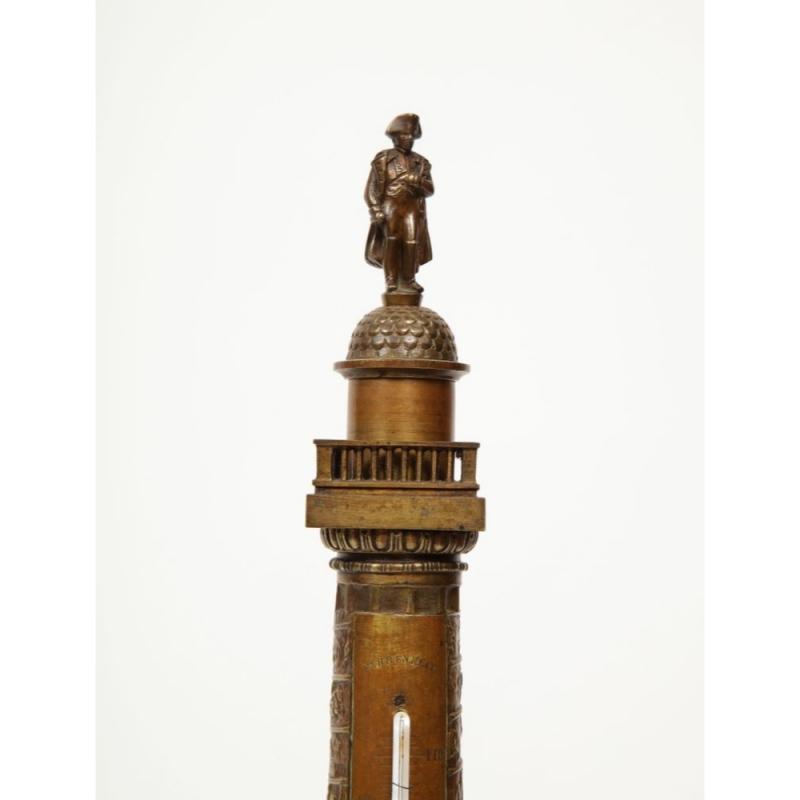 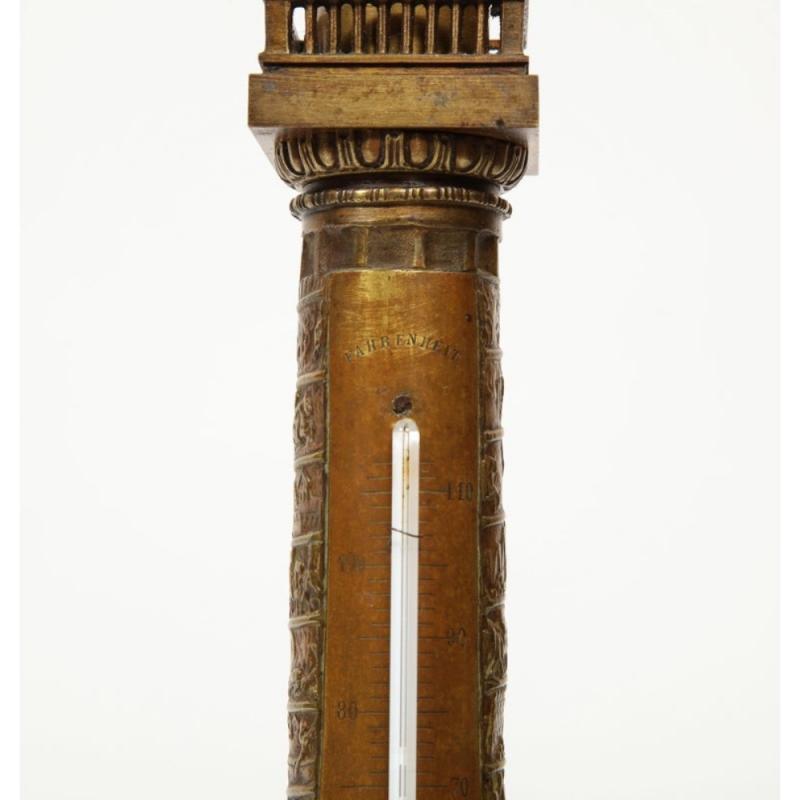 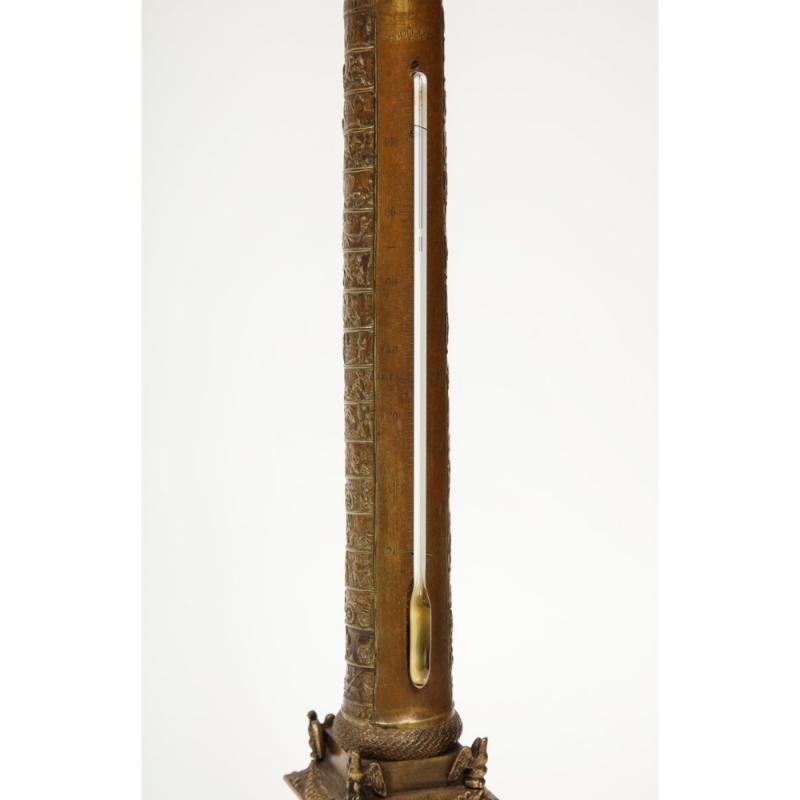 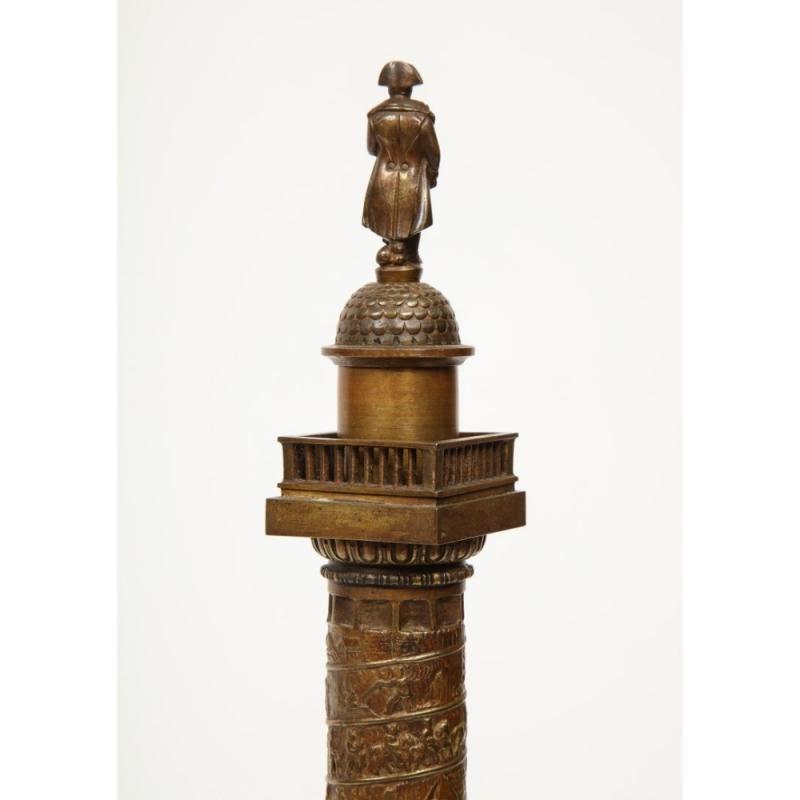 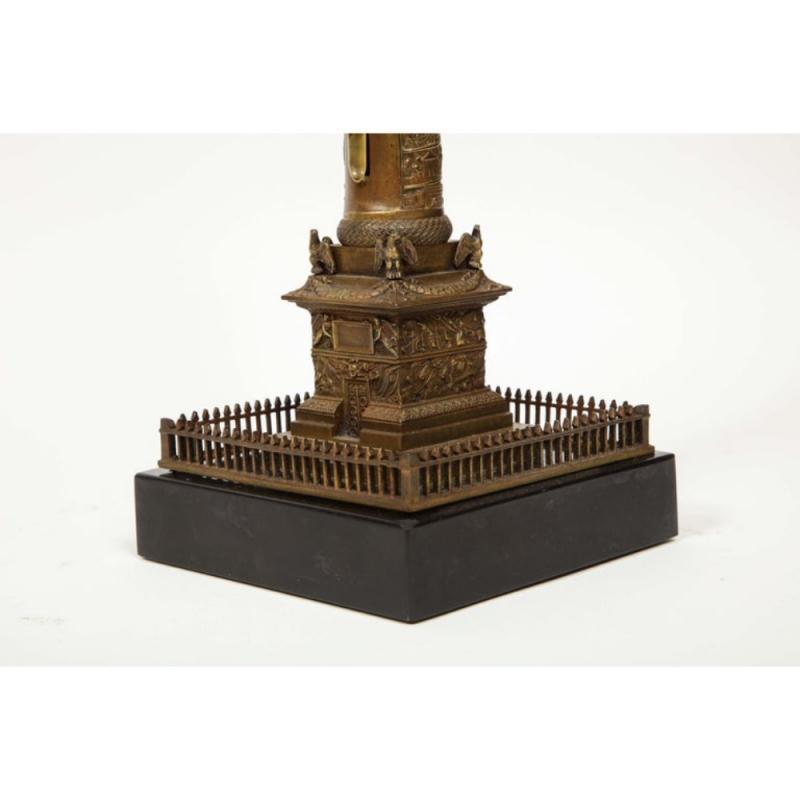 French Grand Tour bronze column thermometer of the place Vendome in Paris, 19th century. The figure of Napoleon standing atop the spiralling column with square black marble plinth. The original column was started in 1806 at Napoleon’s direction to celebrate the victory of Austerlitz, and completed in 1810. The spiralling column is covered in 425 bas-relief bronze plates constructed out of cannons taken from the combined armies of Europe. Measures: 18.5" high x 5.5" wide x 5.5" wide. Good condition, minor chips to the slate base. Place Vendôme is a square in the 1st arrondissement of Paris, France, located to the north of the Tuileries Gardens and east of the Église de la Madeleine. It is the starting point of the rue de la Paix. Its regular architecture by Jules Hardouin-Mansart and pedimented screens canted across the corners give the rectangular place Vendôme the aspect of an octagon. The original Vendôme Column at the centre of the square was erected by Napoleon I to commemorate the Battle of Austerlitz; it was torn down on 16 May 1871, by decree of the Paris Commune, but subsequently re-erected and remains a prominent feature on the square today.