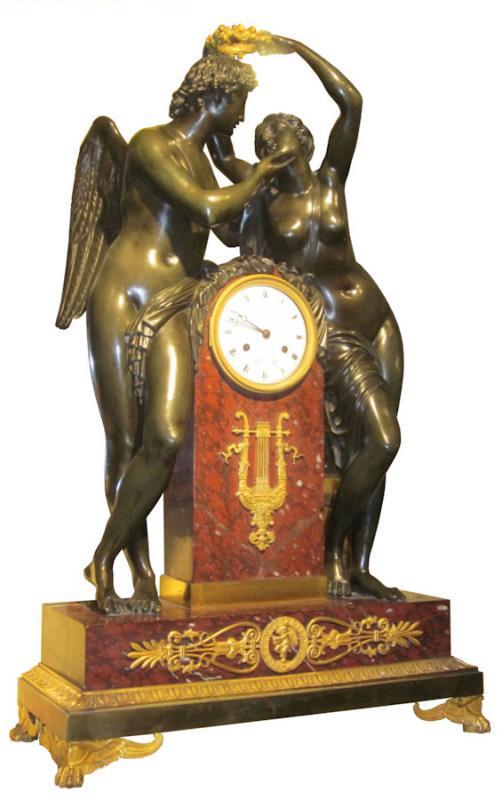 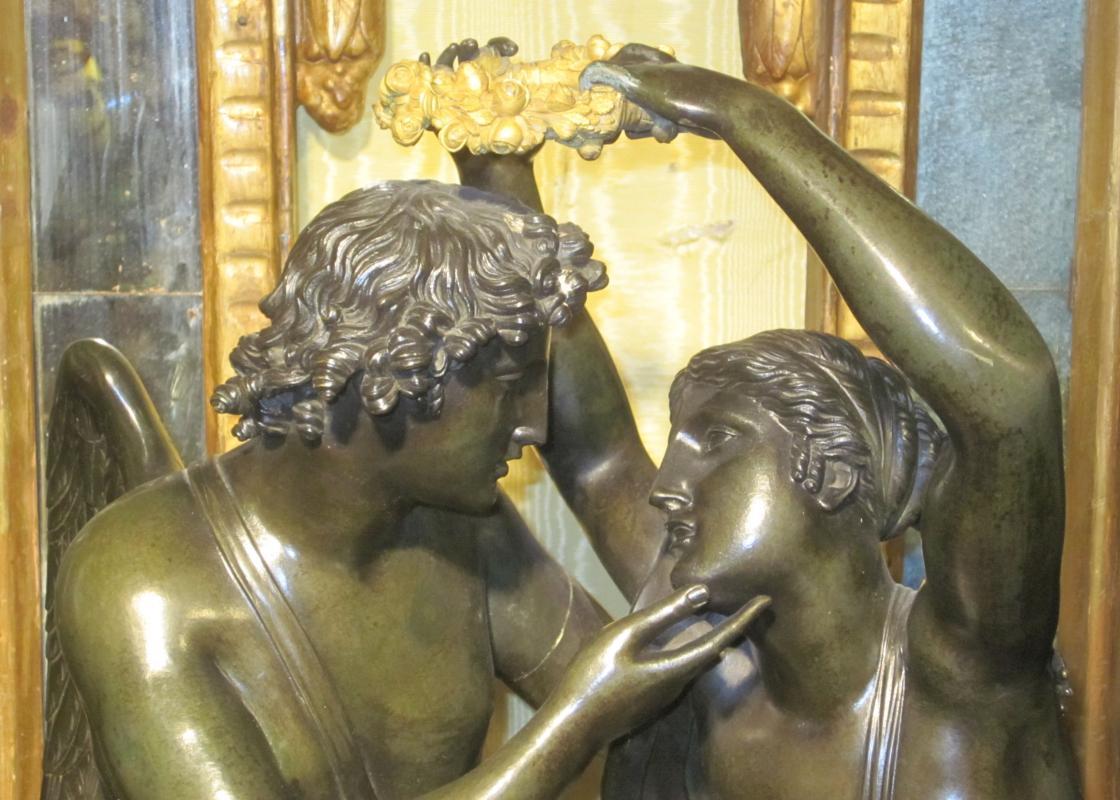 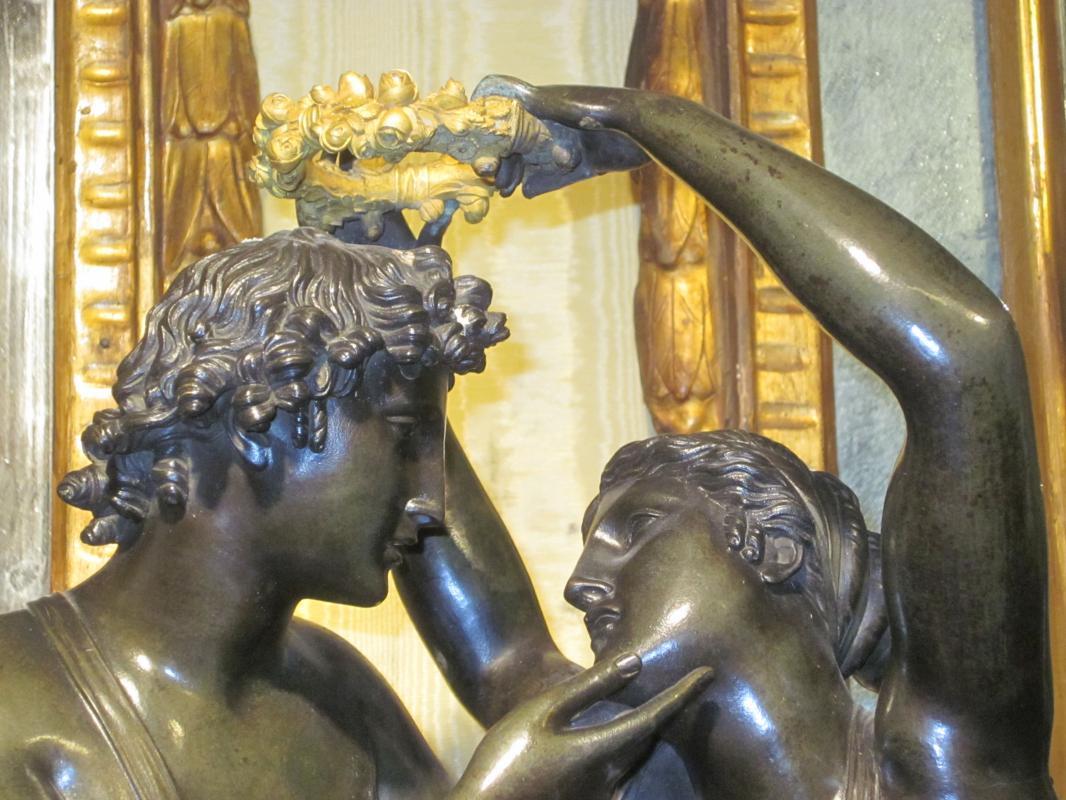 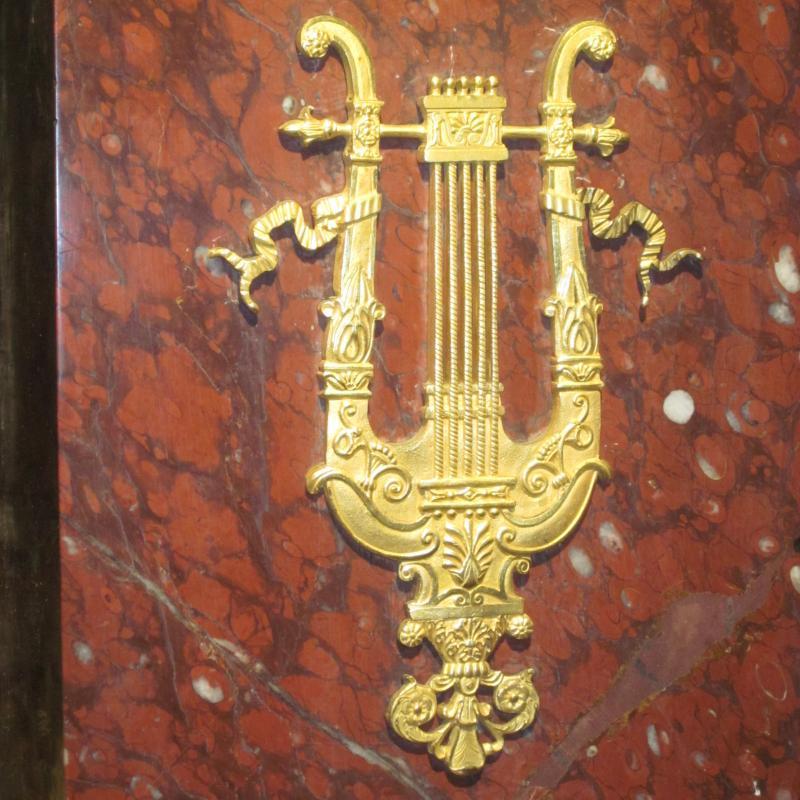 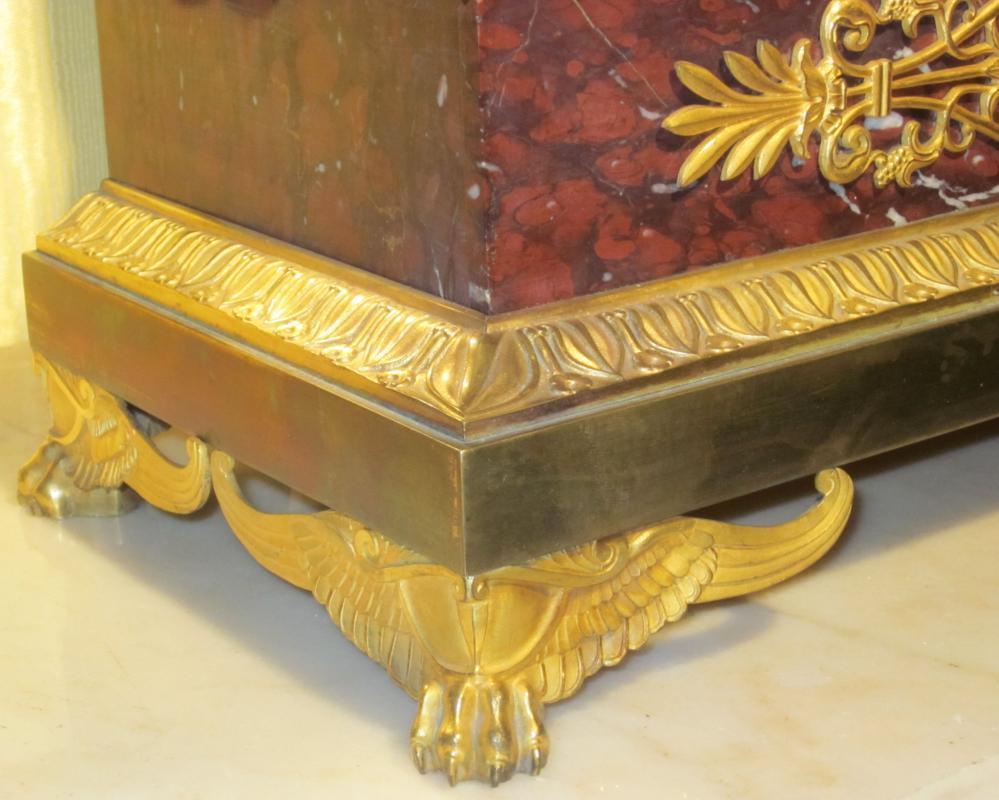 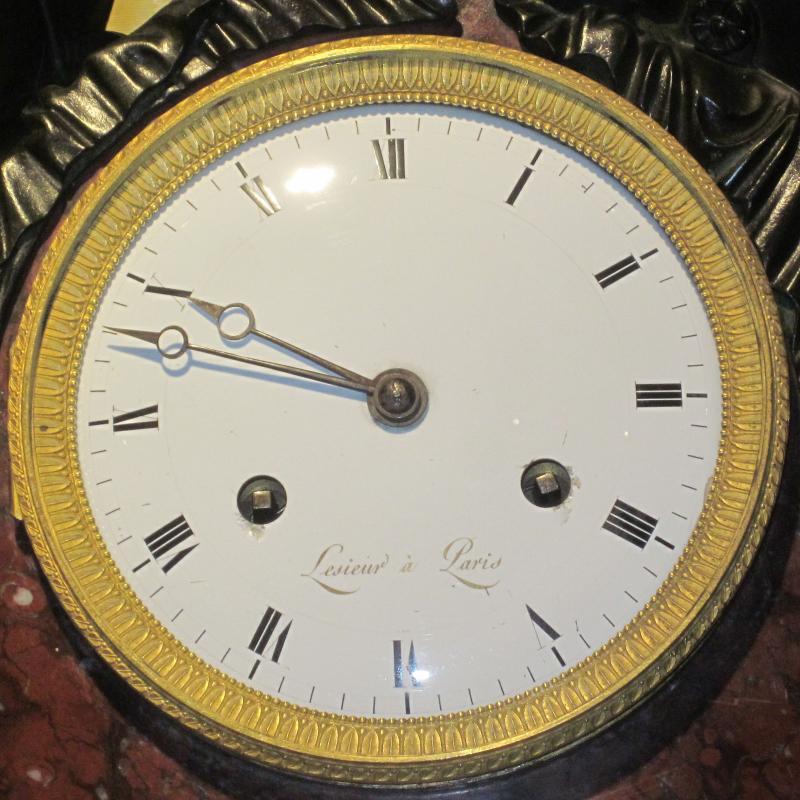 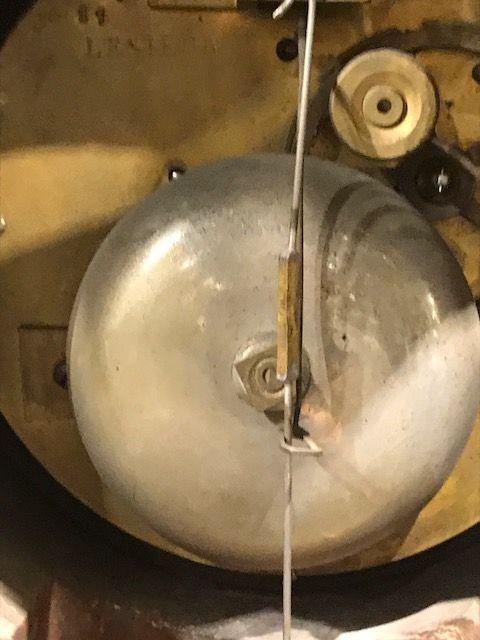 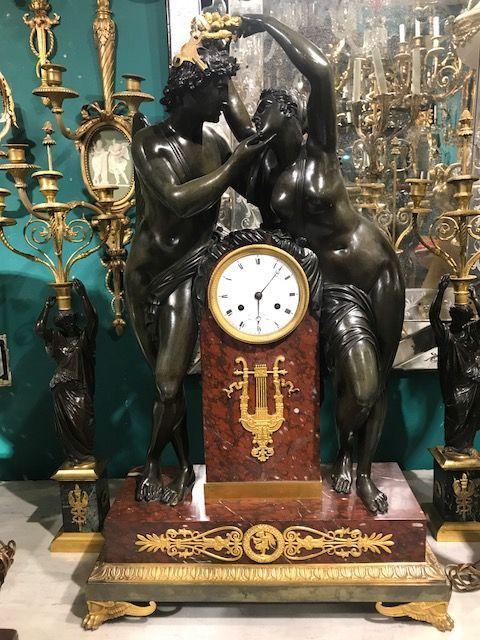 Our Empire period ormolu and patinated bronze and rouge royale marble clock depicting Cupid and Psyche, circa 1815-1820s, is attributed to the Paris bronzier, Pierre-Victor Ledure (1784-c1840), after the model by Claude Michallon (1751-1799) dating from around 1814.  Measures 33 x 21 x 8.5 in (83.8 x 53.3 x 21.6 cm).  Dial is signed Lesieur à Paris for the clockmaker founded by Francois Eugene Lesieur, active on the rue de la Verrerie from circa 1790 to 1850, according to Sotheby's.  Condition is good.  Patinated bronze surfaces are a dark chocolate brown. (Most of our images are a bit over-exposed and saturated due to poor white balance settings at time of photography.  Colors of the gilt and patinated bronze surfaces are best represented by the last photograph showing the front of the clock.)  Gilded bronze surfaces are original and show some oxidation, consistent with age.  There are small chip losses from the front left corner of the rouge red marble.

Movement shows the stamped mark of the maker, LESIEUR.  It has a typical, French eight-day movement with anchor escapement and silk thread suspension, striking on the hour.  Movement works, but is in need of servicing by a professional horologist.  Please note, we do not guarantee the working order of clocks, as they almost always will require adjustment  following shipping.

According to Sotheby's, two clocks of this model are known and signed by Ledure. One, in the Ministry of Defense, Paris is illustrated in H. Ottomeyer, P. Pröschel et al., Vergoldete Bronzen, Munich, 1986, vol. I, p. 350, fig. 5.7.1. The other was sold at Sotheby's New York, November 10, 1986, in lot 105.  The attribution of the design to Michallon derives from an invoice from 1816 by Feuchère for Würzburg in which he mentions this "pendule de Psyché couronnant l'amour groupe modelé par feu Michallon".

For a clock identical to ours, attributed to Ledure with same movement and signed dial face from Lesieur, see lot 171 of Sotheby's sale of IMPORTANT FRENCH FURNITURE, AND CARPETS in New York on May 8, 2009.  That clock features a gilt bronze mount on face depicting frolicking putti, but lacks any bronze ornamentation on the frieze, unlike our clock.  Image forwarded upon request.