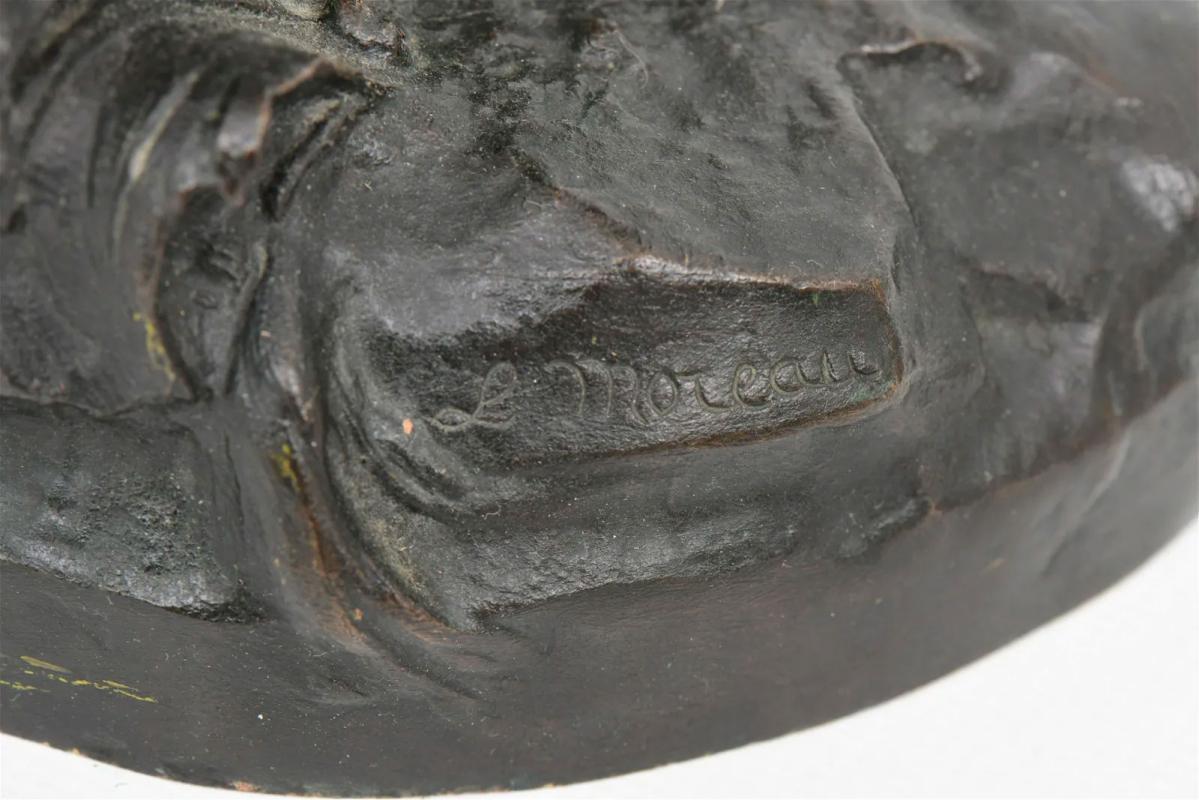 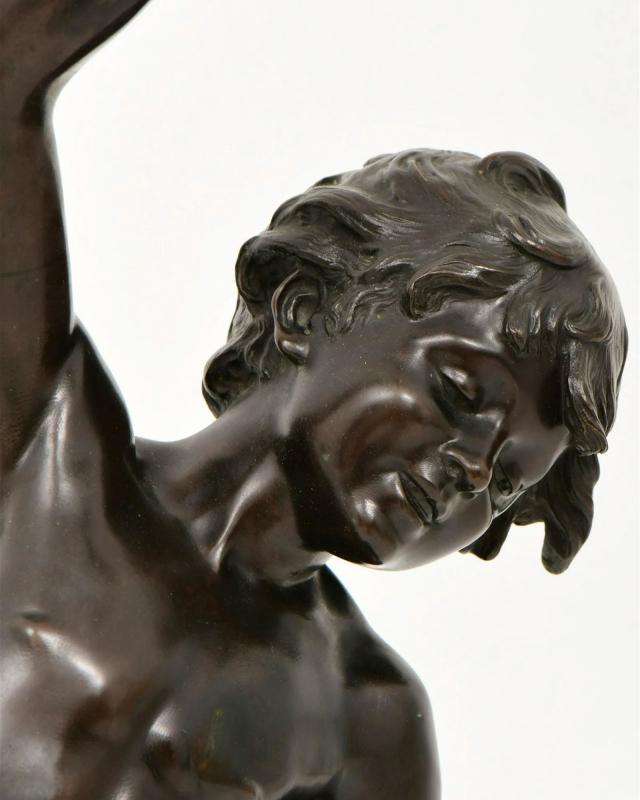 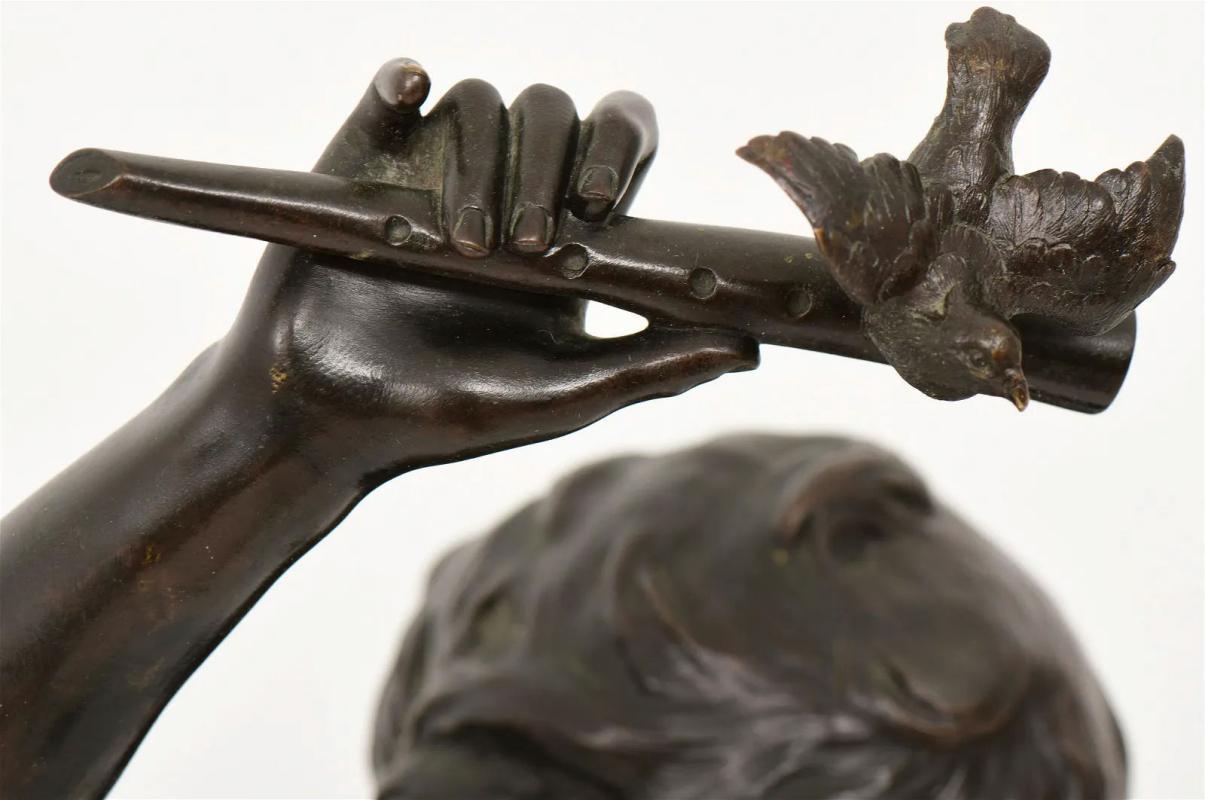 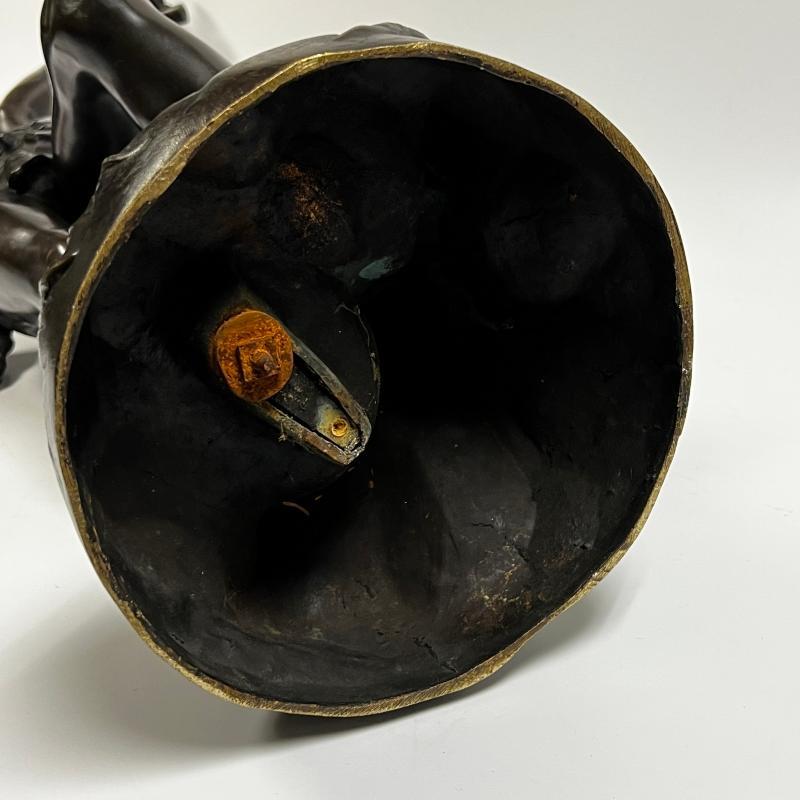 Our lovely bronze by Louis Auguste Mathurin Moreau (French, 1855-1919) depicting a joyful boy with flute has a dark chocolate brown patina and measures 34.5  by 13 by 9 inches.  Signed in script L Moreau.

In good condition.  It has some surface dirt/grime, stains, and light signs of verdigris, scratches and nicks.

Louis August Moreau was the son of Auguste Moreau and nephew to two other respected sculptores, Mathurin and Hyppolyte-Francois, and brother, Hyppolyte.  He was influenced by members of his family and studied at the Ecole des Beaux Arts in Paris.