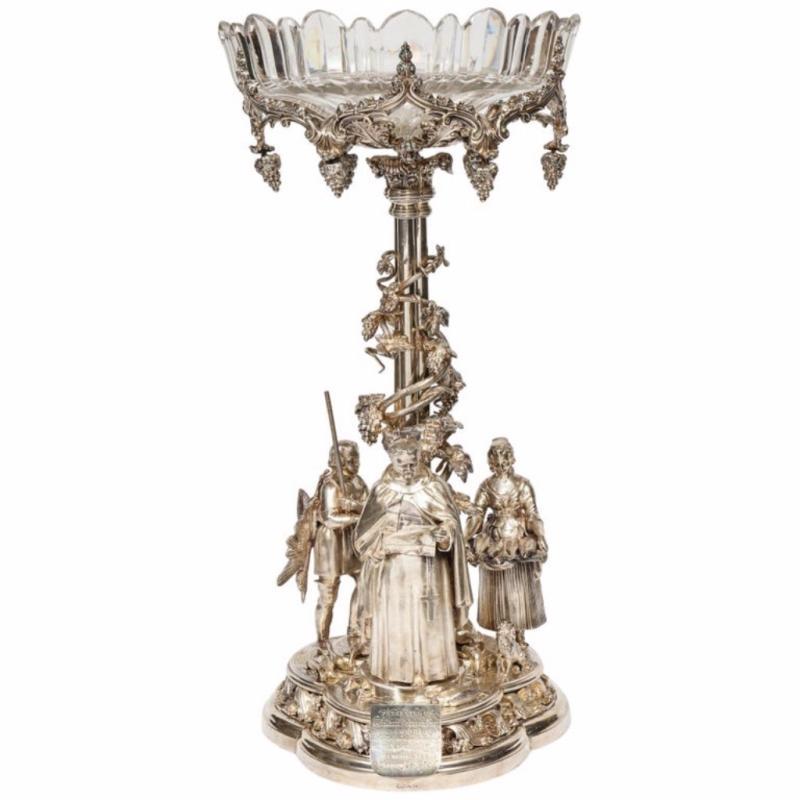 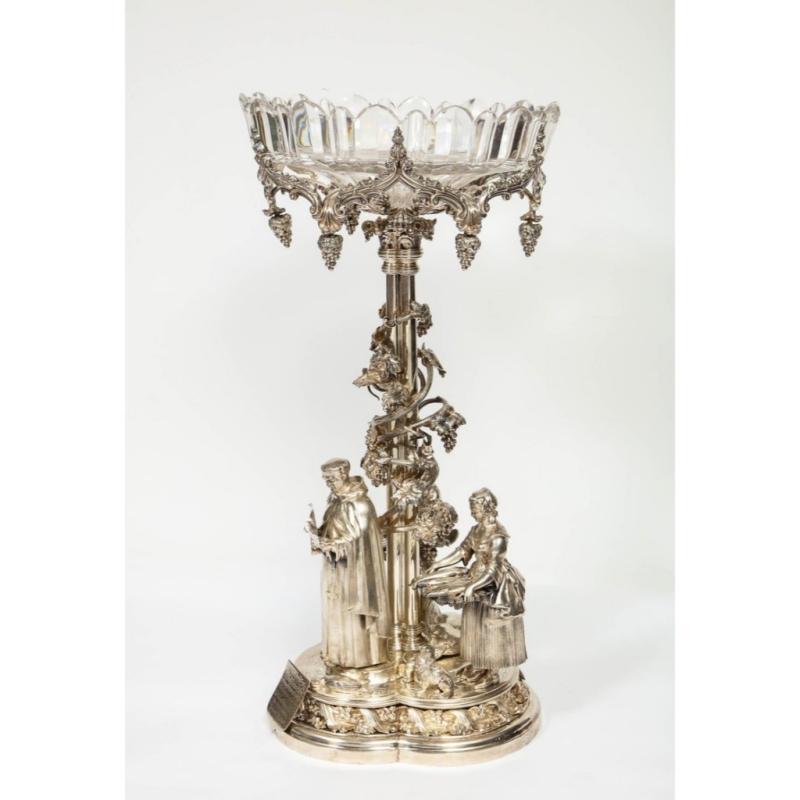 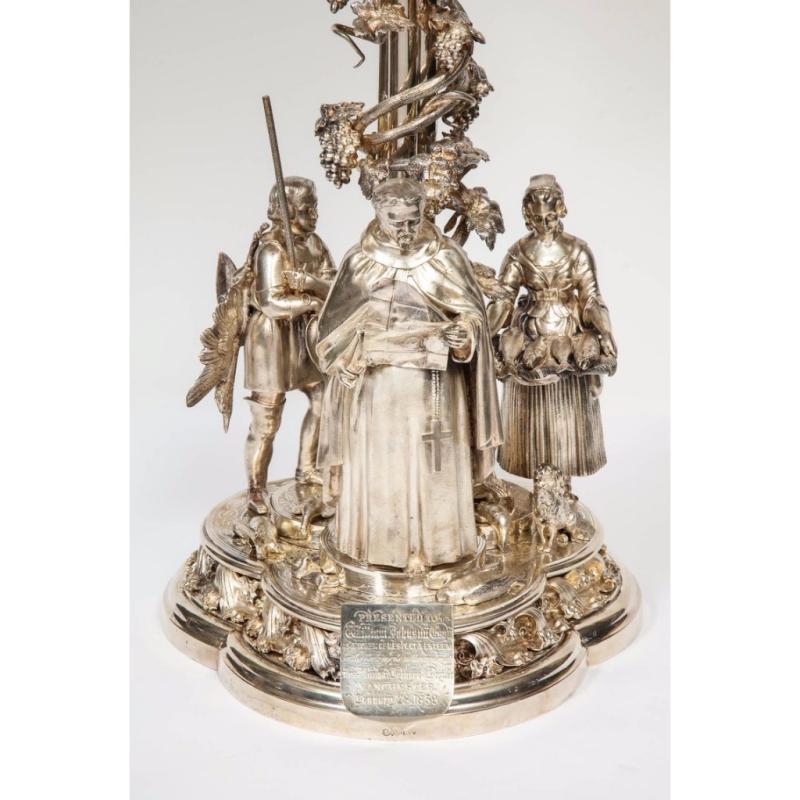 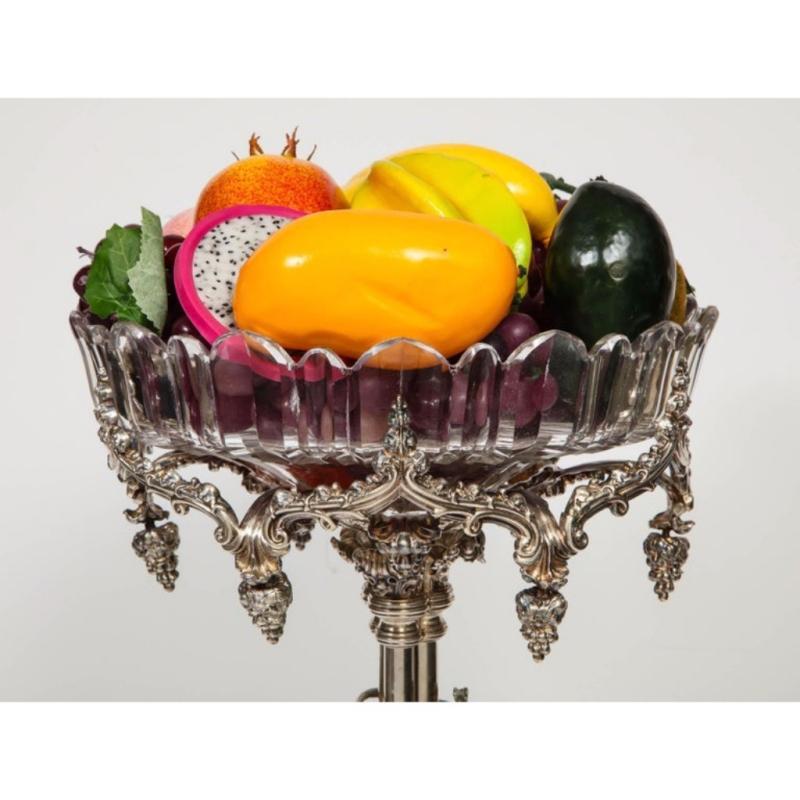 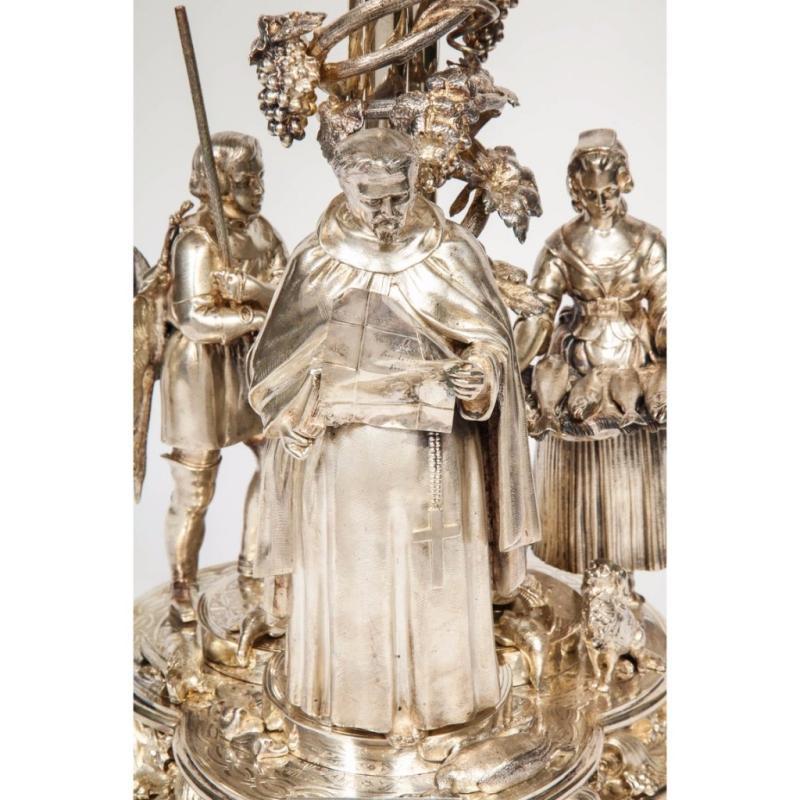 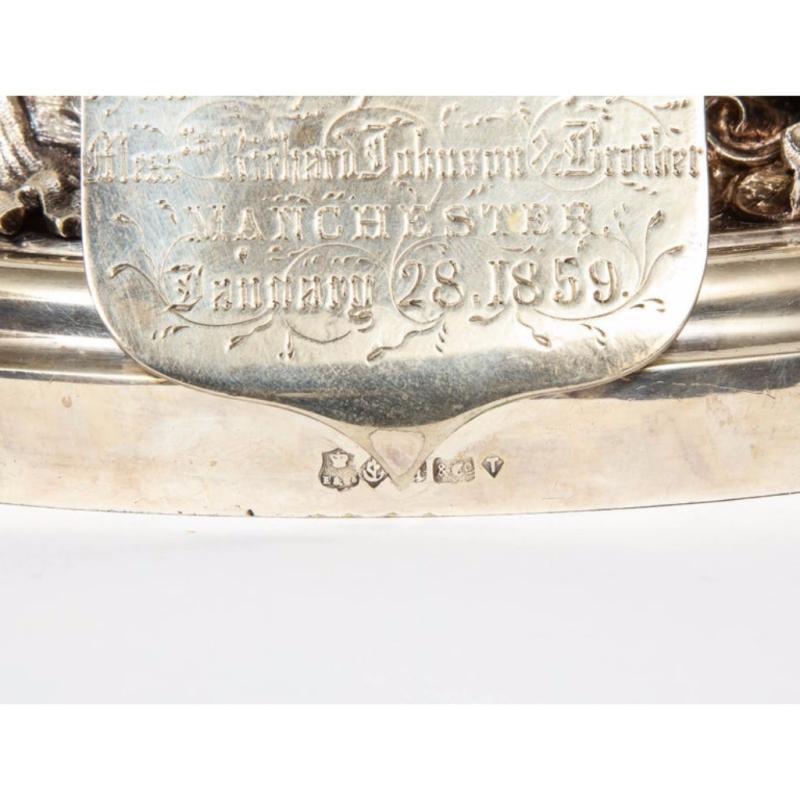 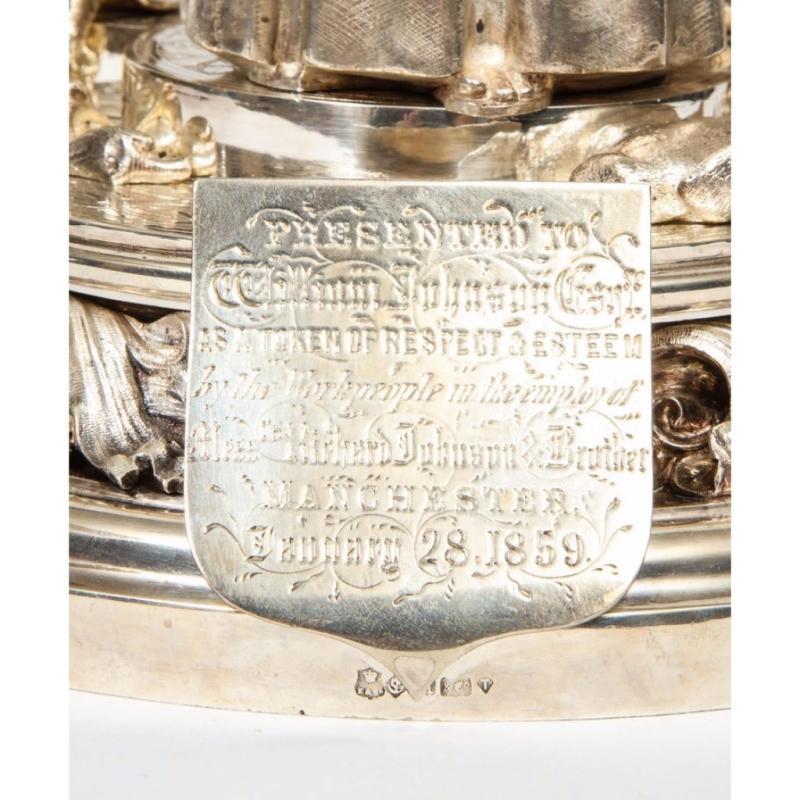 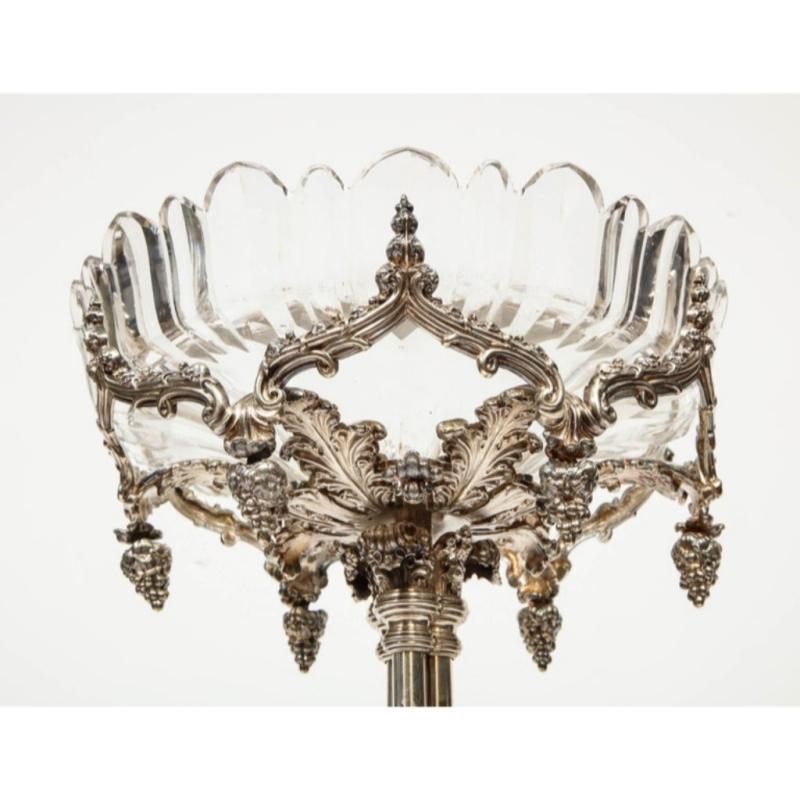 Elkington, Mason & Co. A rare, important, and historic silvered bronze centerpiece, with original glass bowl. Victorian period, dated 1859, Birmingham, hallmarked to the base. This centerpiece is made of exquisite craftsmanship and quality. The silvered bronze figures and the chasing on the base is spectacular. With standing figures of a young hunter, a friar and a fish monger with a spaniel and game at their feet, mounted with plaques with 1859 and 1941 inscriptions The inscriptions read: "Presented to William Johnson Esq. as a token of respect & esteem by the workpeople in the employ of Messrs Richard Johnson & Brother, Manchester, January 28, 1859", and "Worshipful Company of Tin Plate Workers, Alias Wire Workers of the City of London, Presented by Arthur Laurence Johnson M.A., Grandson of William Johnson, both Wire Workers, with his Daughter Eleanor Morton Johnson, a Freeman of the Company, to commemorate his Mastership 1941-42." John Johnson joined an existing firm of wire drawers in 1818; his sons Richard and William took over the firm in 1838. In 1857 they supplied galvanized armored wire for the first transatlantic telegraph cable. In 1860, the year after this piece was presented, William Johnson died and his place was taken by a nephew; as Richard Johnson & Nephew Ltd. the firm was highly successful and continued in Manchester until 1973. Measures: Height 25" high x 11" wide x 11" deep Excellent condition. Ready to place.