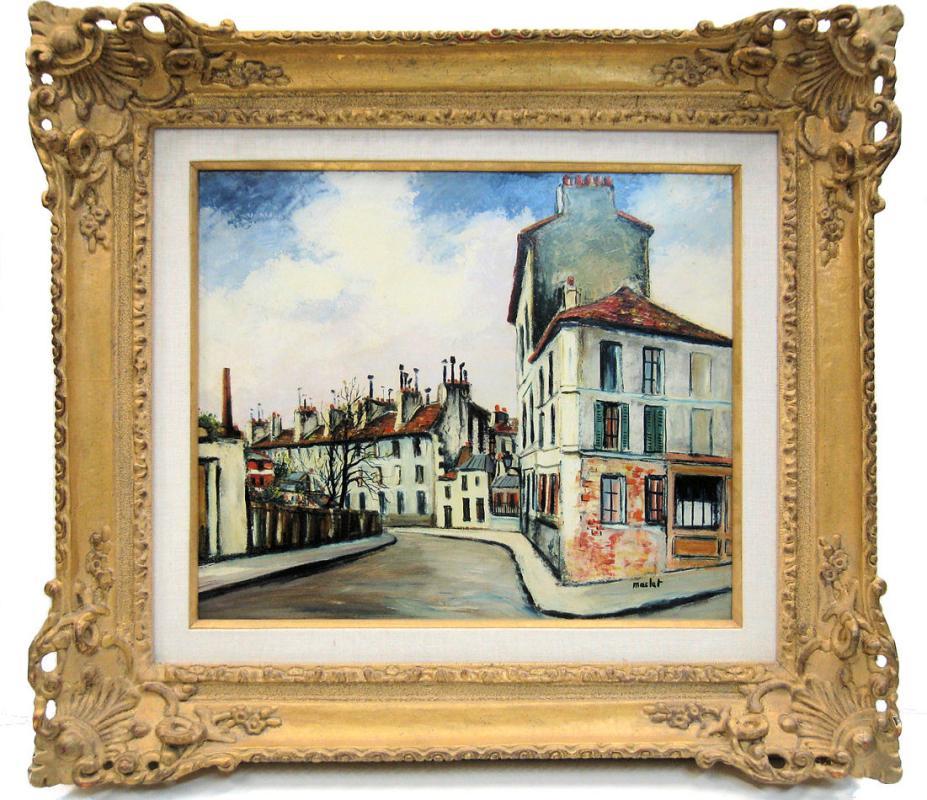 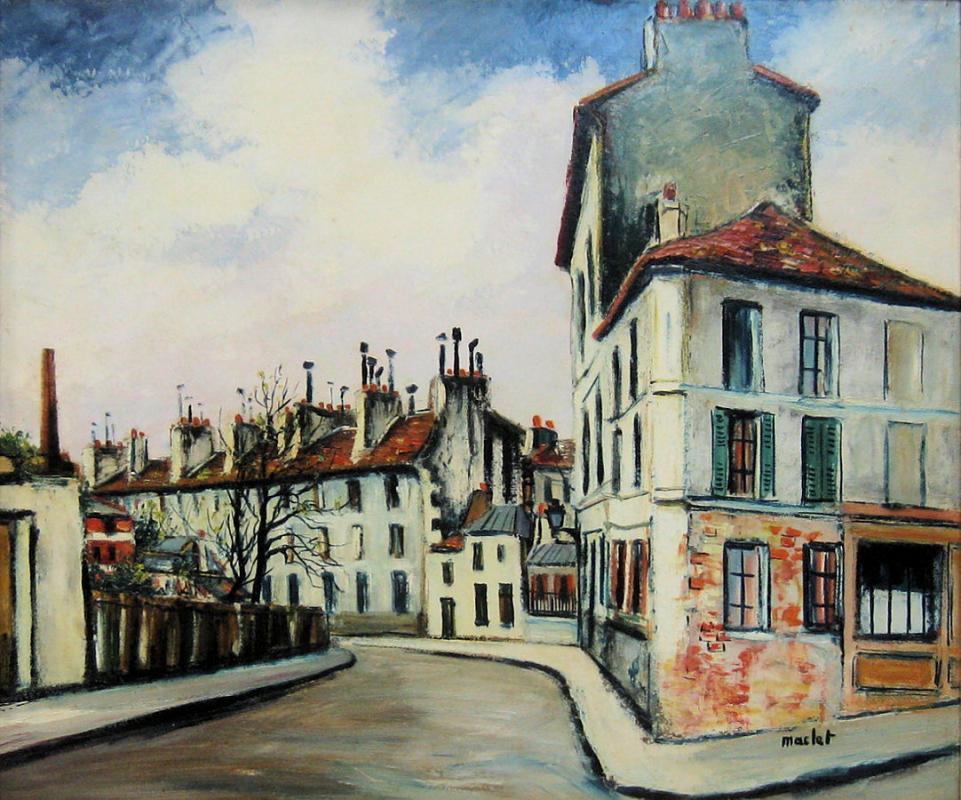 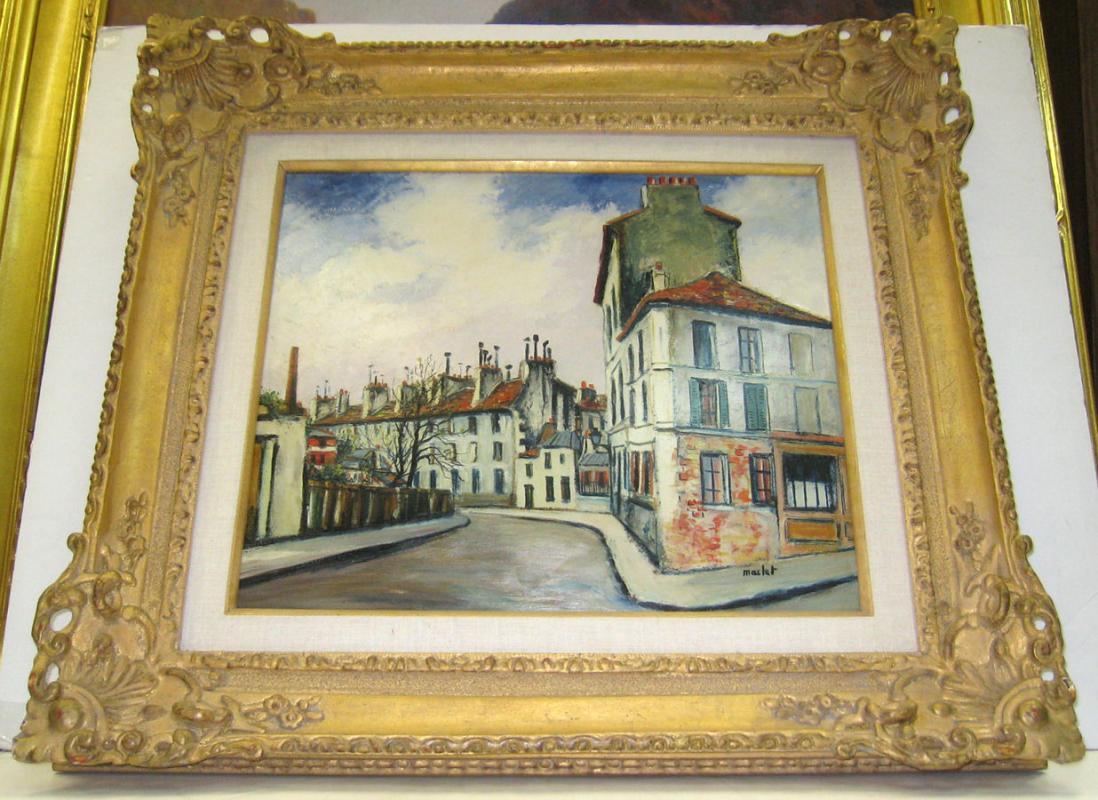 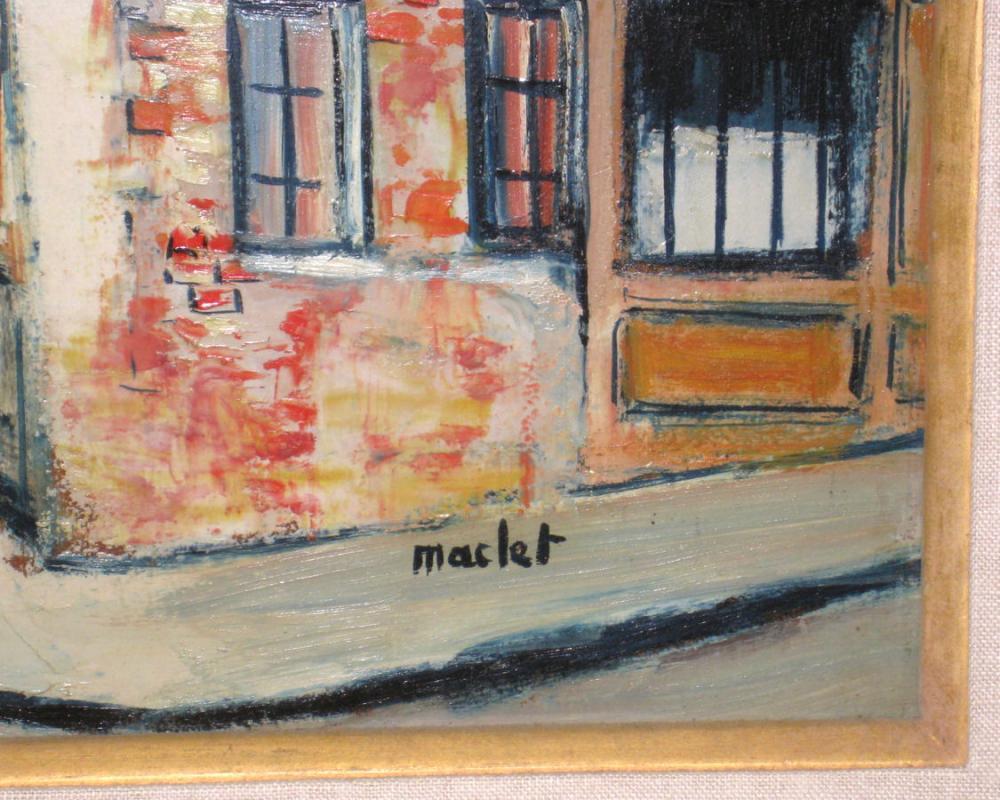 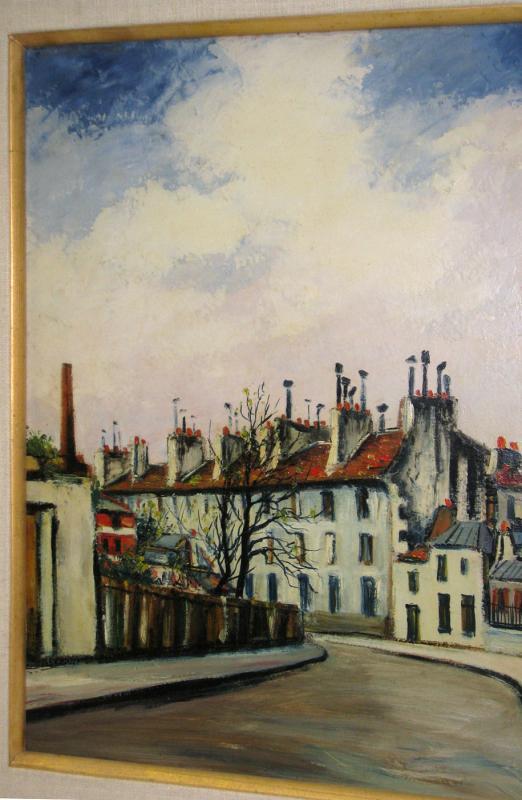 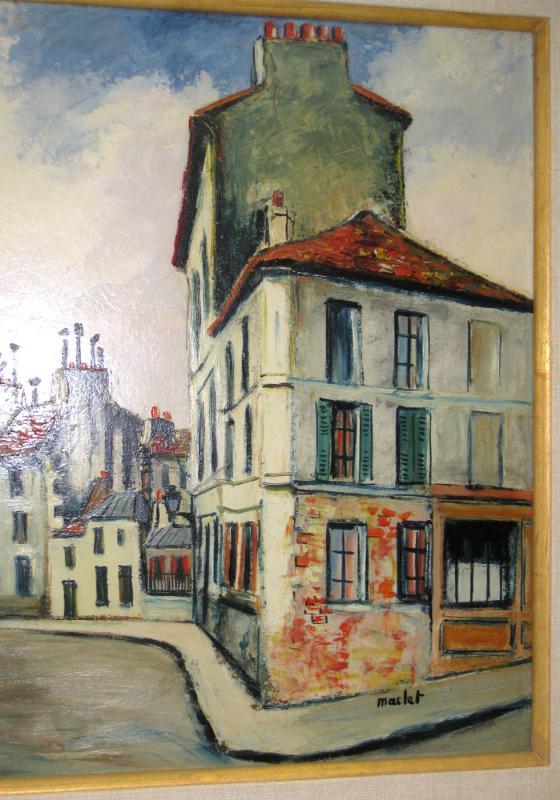 Maclet was born and raised in Lyons-en Santerre in Picardy, France. As a young man he moved to Montmartre in Paris, and began painting cityscapes and landmarks such as the Lapin Agile and the Moulin de la Galette.  He soon won the praise of local admirers and representation by the local art dealer, Dosbourg.  After WWI he spent time in Dieppe, and then spent years living in Arles and painted throughout the south of France, particularly along the Mediterranean. He is known to have painted scenes in Orange, Vaison-La Romaine, La Ciotat, Cassis, Golfe Juan, Antibes, Cagnes, Saint-Paul-de-Vence, Ville-Franche, Nice, Menton, and elsewhere.  After returning to Paris in 1935 his reputation grew further  and just five years prior to his death, in 1957 was held his first retrospective exhibition.  His paintings were also promoted by the American art dealer, Hugo Perlsall.  In his day museums in Lyon, Grenoble and Monte Carlo purchased his works, and today his paintings can be found in the permanent collections of Musee d' Orsay, Musee de la Ville de Paris, Kimble Museum in Fort Worth, Museum of Fine Arts in Boston, the Art Institute in Chicago, among others.  His painting regularly appear at major auction, and the highest known sale price for a work by the artist is believed to have taken place at Christie's in New York on September 8, 2008 in sale 2023, when lot 173, a street scene in winter measuring 25 by 31 inches, sold for $21,250 including buyer's premium.