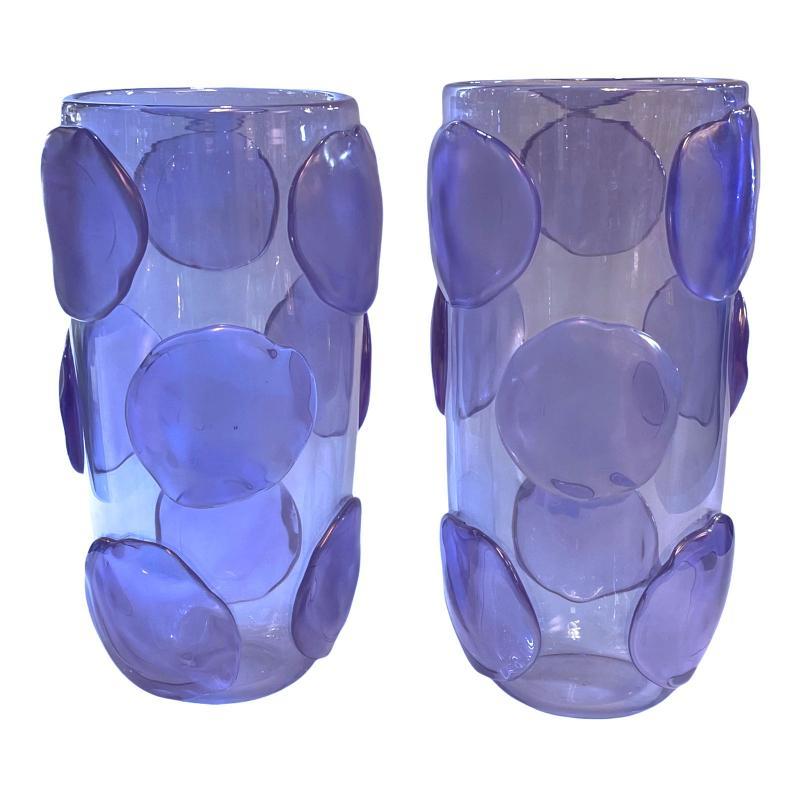 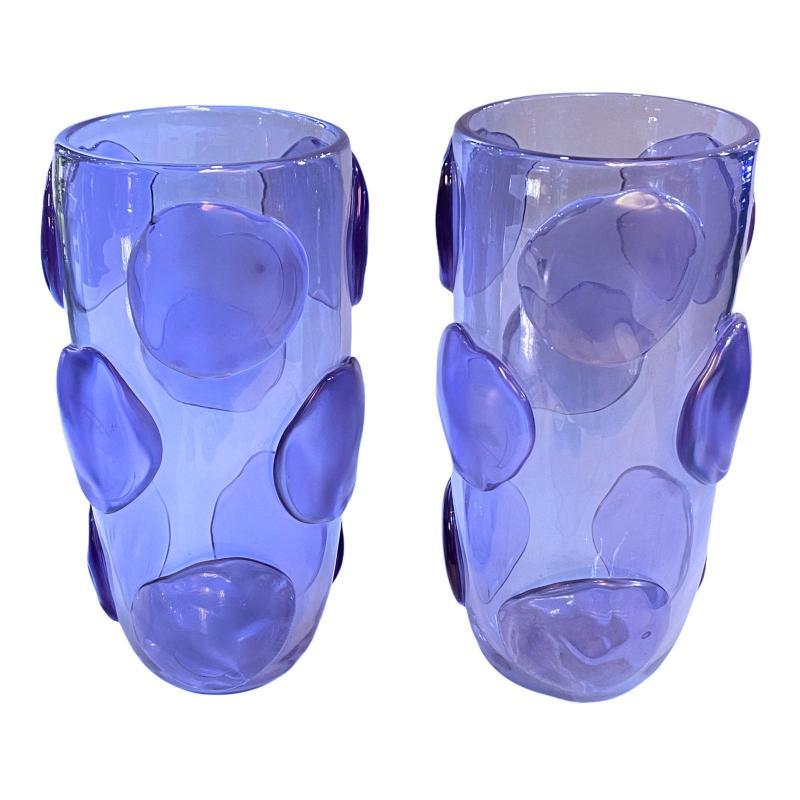 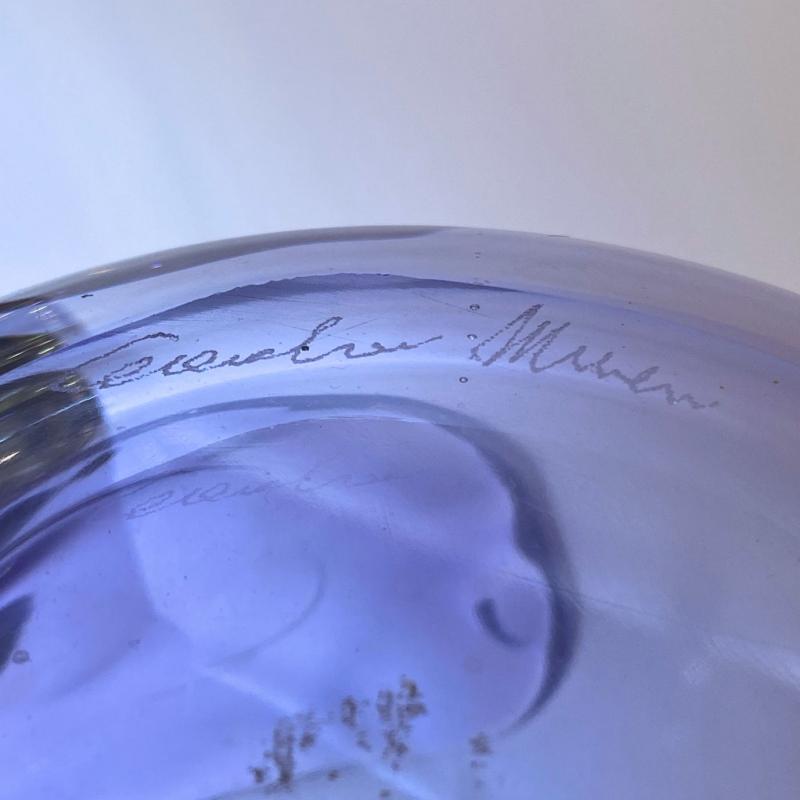 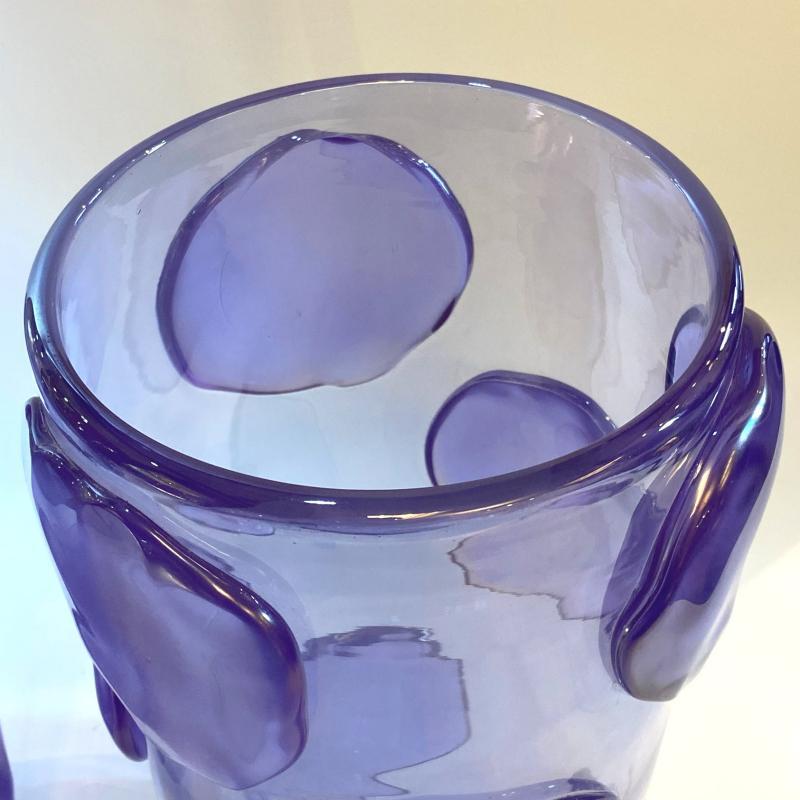 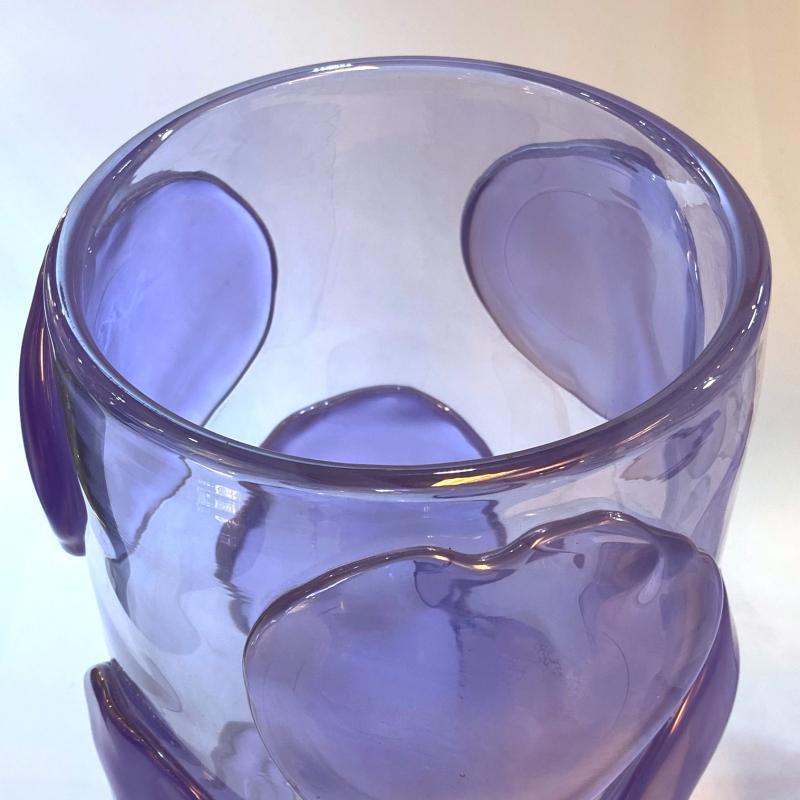 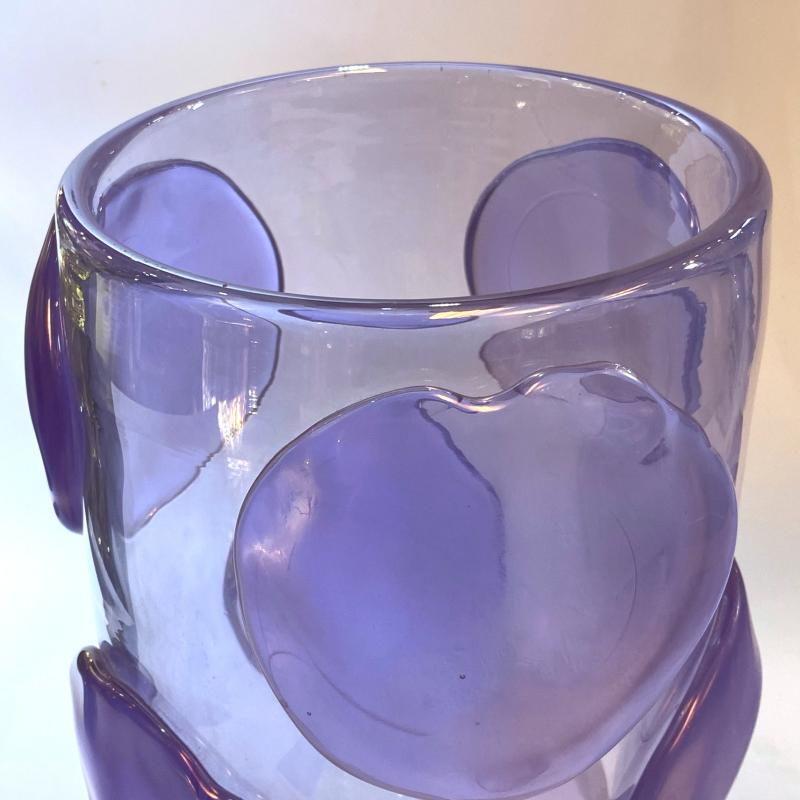 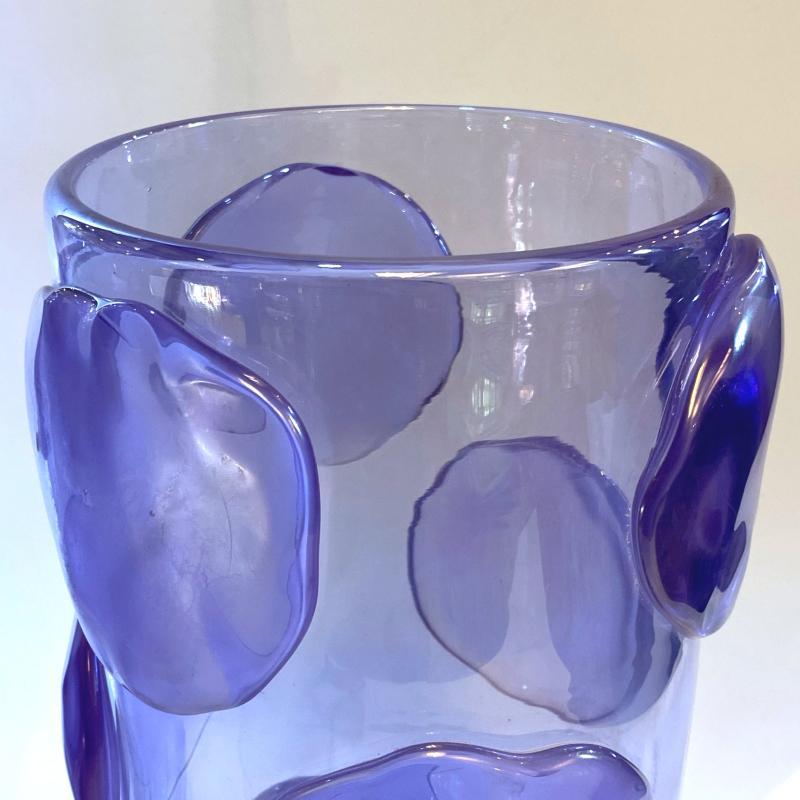 Our lovely and impressive (17.5 and 17.75 inches tall) pair of violet glass vases by Egidio Costantini (1912-2007) and believed to date from the 1980s.  They are wonderful examples of the Italian technique, applicazioni a caldo (hot applications) adhered to the surface in relief and referred to as bugne.  Each engraved with signature and "Murano" on underside.  Each in excellent condition.  There are only very light scratches and one noticeable scuff.

According to the Guggenheim, Costantini began his career as an agent for several Murano glass factories in Venice which allowed him to work with master glassblowers and learn the intricacies of the trade. He wanted to elevate the craft of glassblowing to the same level as sculpture or painting, so he mediated collaborations between glassblowers and artists to create glass sculptures based on drawings made by contemporary artists. He subsequently began to work with a group of Venetian artists and from this stemmed the founding in 1950 of the Centro Studio Pittori nell’Arte del Vetro di Murano. Four years later, he went to Paris to promote his project to the most famous artists of the time, and this led to collaborations with Pablo Picasso, Alexander Calder, Gino Severini, Jean Arp, Max Ernst, among others.

In 1955 the Centro Studio dissolved, and Costantini opened his own gallery in Venice, the Fucina degli Angeli. After opening to initial success, the gallery was forced to shut in 1958 but reopened in 1961 thanks to financial help from Peggy Guggenheim, who exhibited the work of the Fucina in her Venetian palace. There followed numerous shows, both in Italy and abroad, in the 1970s and 1980s. In the 1990s Constantini was considered the “master of the masters,” or the one person who could teach artists how to transform their work into glass sculptures. In 2000 an exhibition of Fucina works was held in Tolmezzo, and another in Innsbruck in 2003.