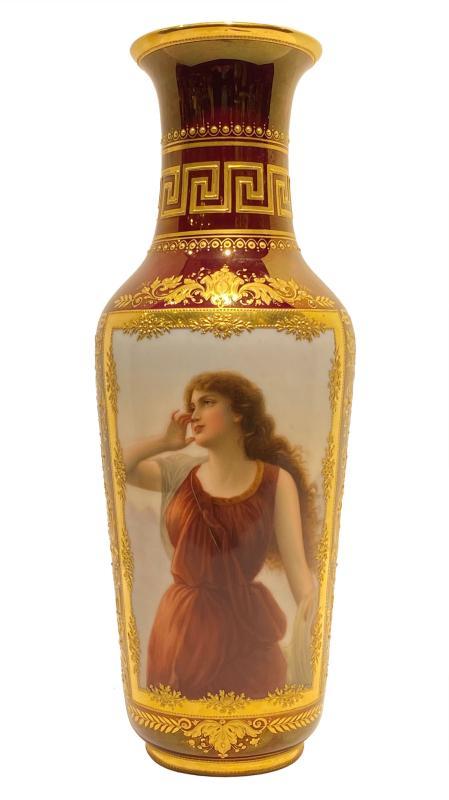 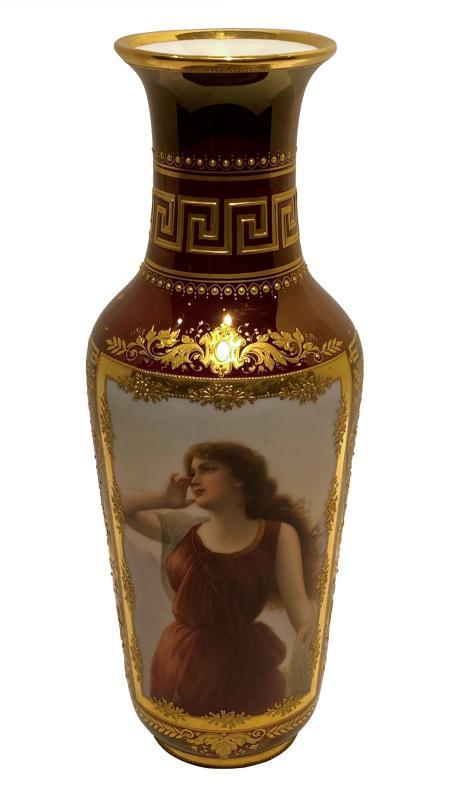 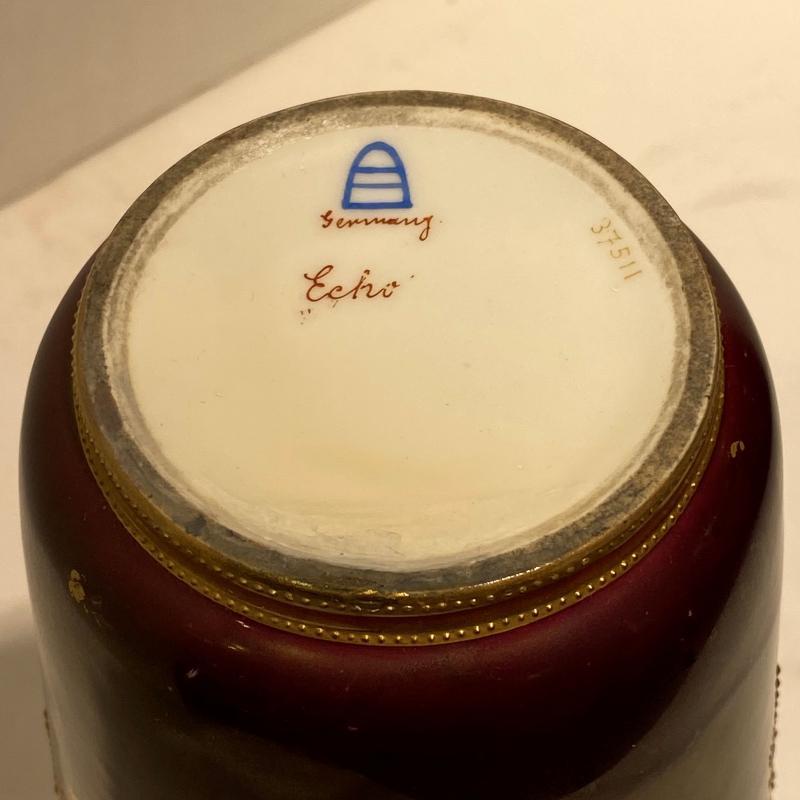 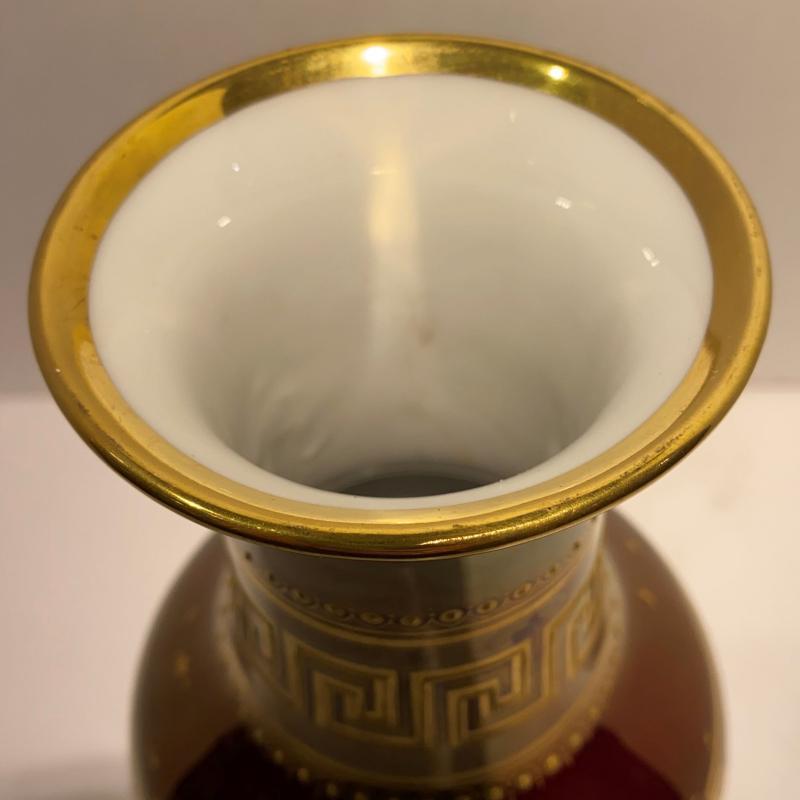 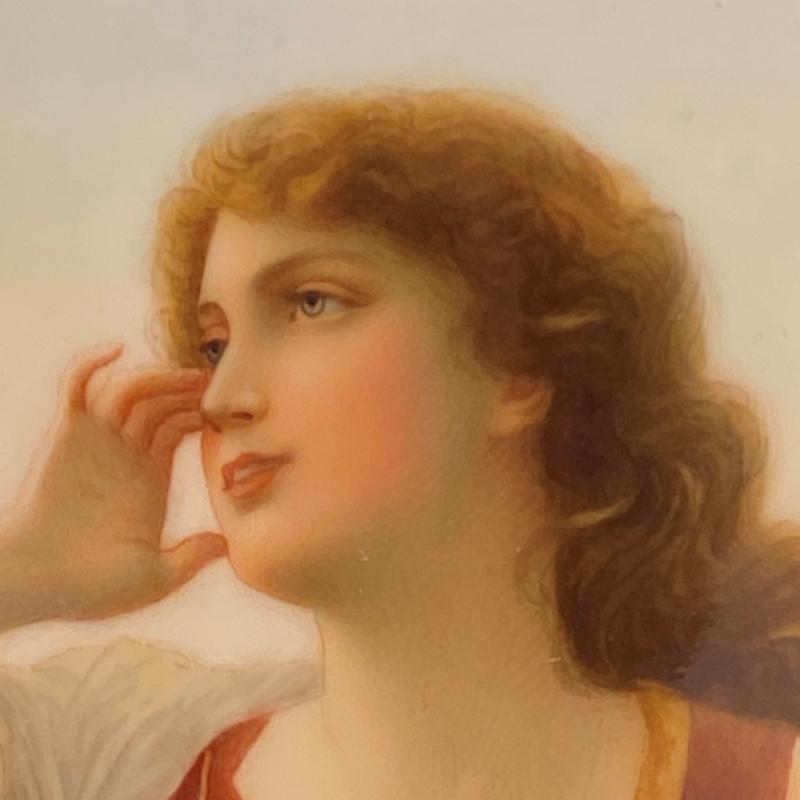 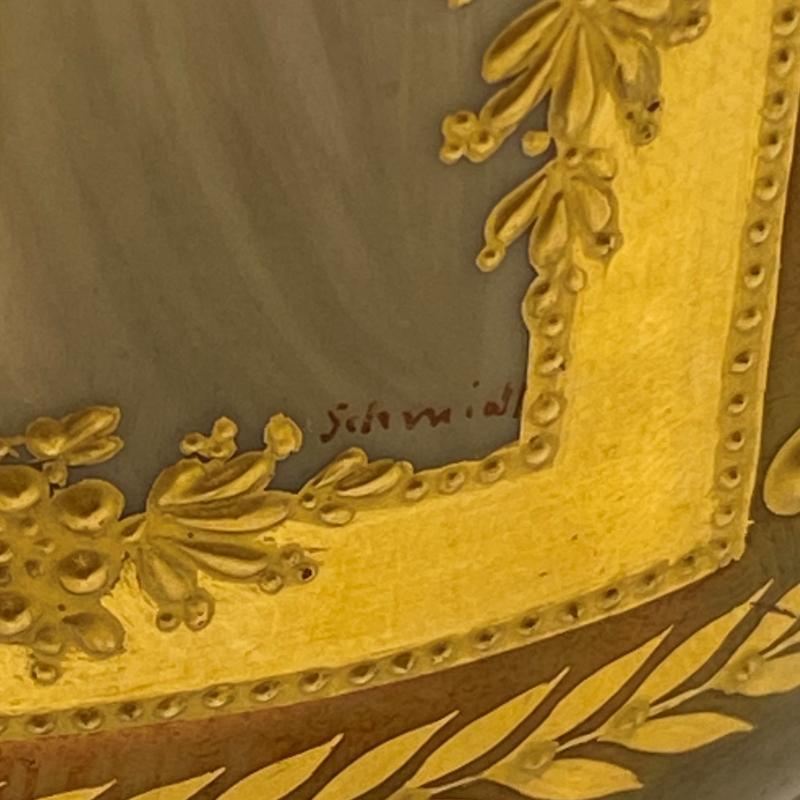 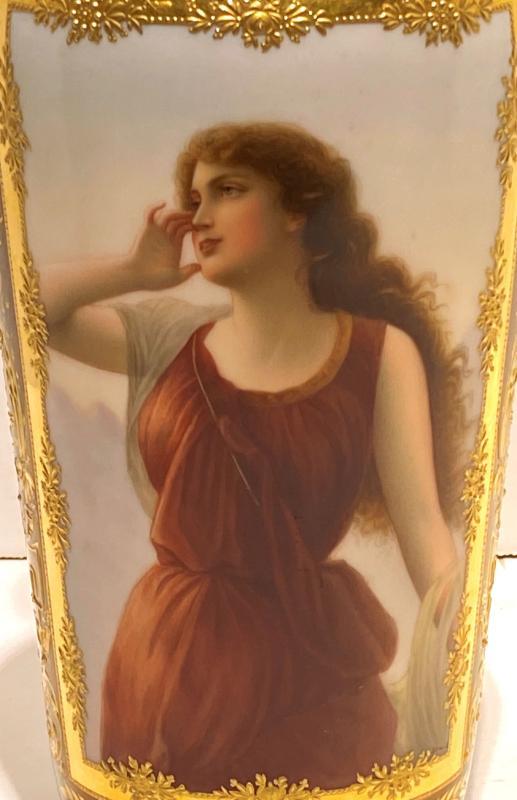 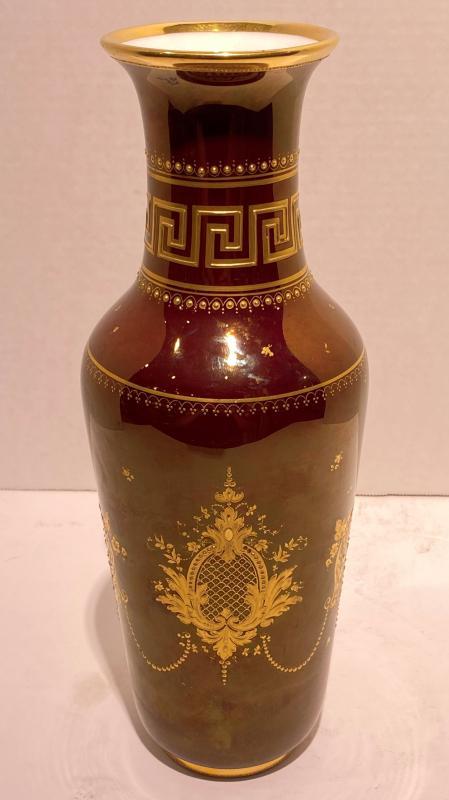 Our exceptional Viennese porcelain vase is finely painted with extensive gilding on a maroon red colored ground. Entitled "Echo" on underside with Vienna shield (or beehive) mark with "Germany" beneath. Signed Schmidt.  In very good condition. There is a restoration to a shallow loss to the rim of the underside.

In Greek mythology Echo was an Oread nymph who lived on Mount Cithaeron. Zeus loved consorting with beautiful nymphs and often visited them on Earth. Eventually, Zeus's wife, Hera, became suspicious, and came from Mount Olympus in an attempt to catch Zeus with the nymphs. She is known for her role in protecting Zeus from her jealous wife, Hera, who made her only able to speak the last words spoken to her. When she fell in love with Narcissus she was unable to tell him and was forced to watch him as he fell in love with himself.