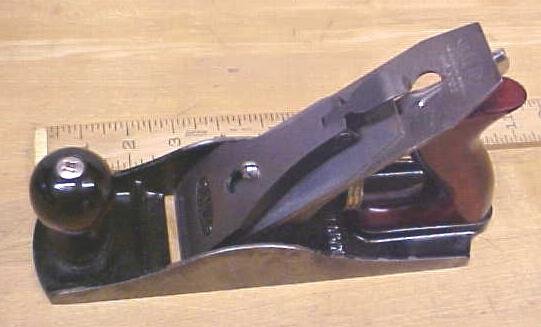 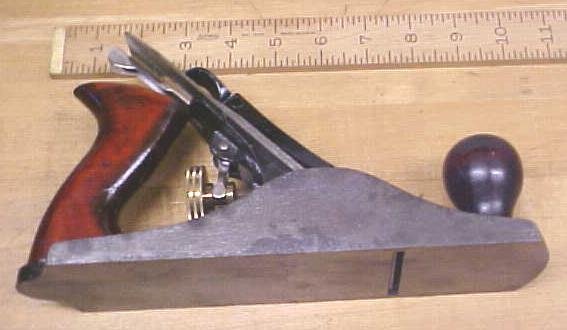 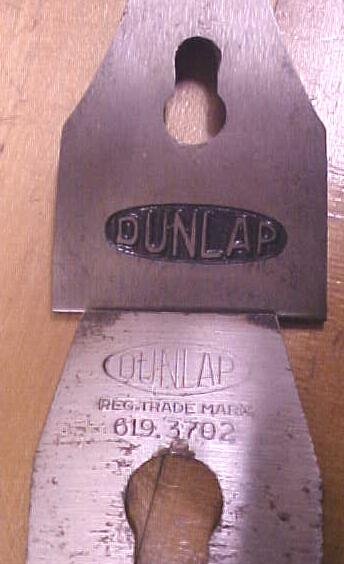 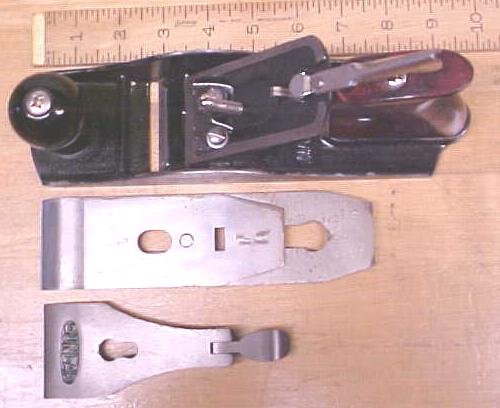 Offering this nice clean Dunlap Smooth Plane in very good condition. It comes complete with the original carboard box. It is marked "DUNLAP" on the cap cover, and "DUNLAP REG. TRADE MARK 619.3702" on the cutter blade. It has about 98% of it's original Japanning intact. The rosewood stained hardwood handle and front knob are in great shape, no sign of wear of use. Has a large brass adjustment knob on the back of the frog for easy adjusting of the blade depth. The blade is very sharp and about 100% original stock is left on it. This is the first one of these I've seen, with the original box I was told it was purchased in the late 1950's to early 1960's. The original box is fairly thin carboard, but is intact, although it has lost some of it's original shape. The box confirms that the DUNLAP trade mark is indeed a Sears and Roebuck Co. trade mark since both names are printed on the box. On quality comparision to a Stanley No. 4 plane for example from the same era, the Dunlap has most of the same feature, but not the frog adjustment screw. The Dunlap finished bare metal surfaces are flat, and square, nicely machined. The bare metal surfaces on this one have no rust, but we do note some small spots that do have some minor pitting on them, but none effecting use, no rust now. If not for the pitting this plane would be like new! Sears and Roebuck also had offered similar plane under the Craftsman brand name, not sure why they would want to, but history seems to reflect that the Craftsman name was specific to only certain manufactures product, and patents.