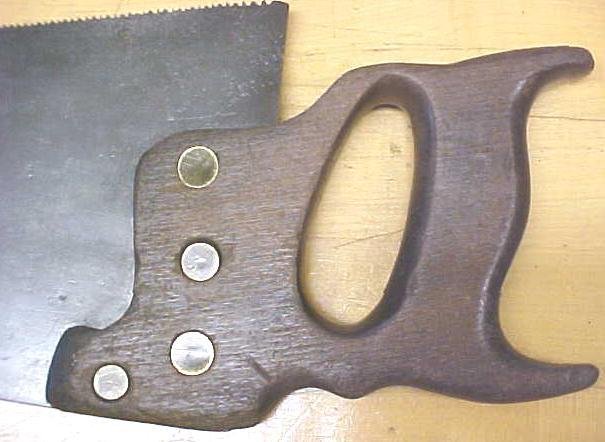 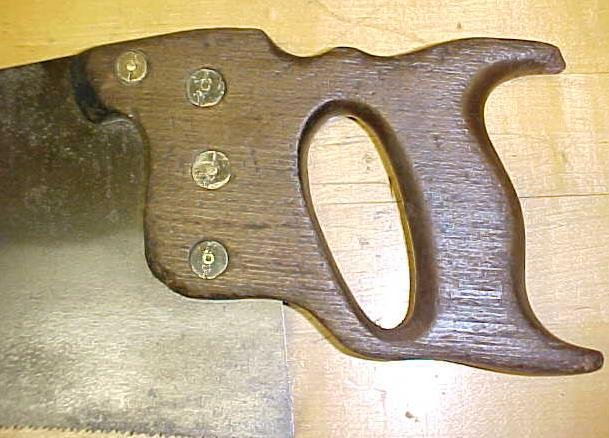 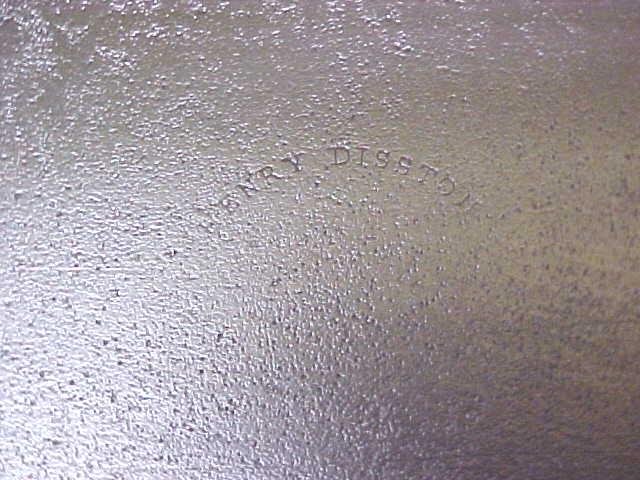 This is a very rare, hard to find cross cut saw with a 26" long blade. It is marked "HENRY DISSTON." stamped on the blade, in an arc or circular form. There is no medallion, rather the early brass split nut/screws in four places. This saw is certainly not mint or even close, but it is extremely rare, most likely from 1840 or very close to that era, as we know that Henry Disston began using medallions that year. The blade is intact, but has had rust on most of it at some time in it's 160 year history. There is no rust now, but the very light pitting on most of the blade is evident. The 10 teeth per inch blade sharp, but not as straight as I would like to see. Most of the wavy portion is in the smallest tip end or within about 2 inches of that end, the rest is straight and sharp enough to make a decent cut. There is an old owner's written name on the logo side, but it goes almost unnoticed. The fruit wood handle is quite worn, one small chip off the upper ear, and a some much smaller edge dings, around the outer edges. The handle finish is smooth, but kind of a raised grain type of thing, solid and useable. It appears one of the split nuts is a smaller replacement, but all are solid and tight, so the blade and handle connection is very good. This is with out a doubt the oldest Disston saw we have had for sale! One of very few available in the world!