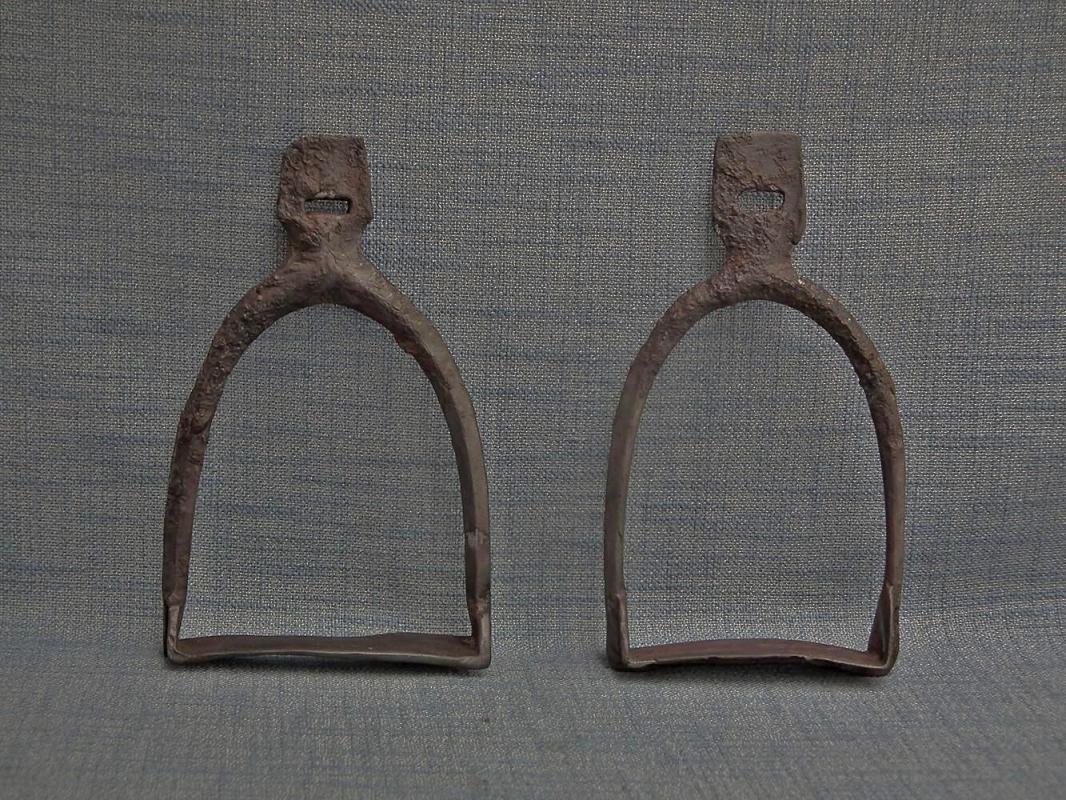 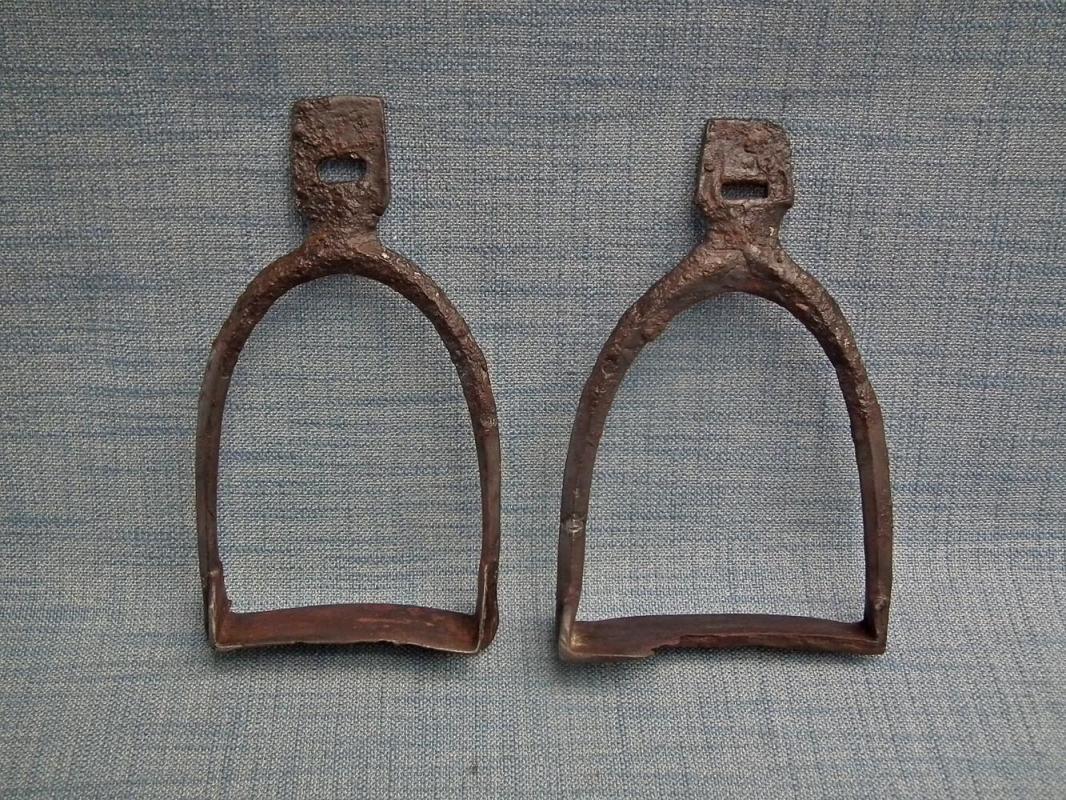 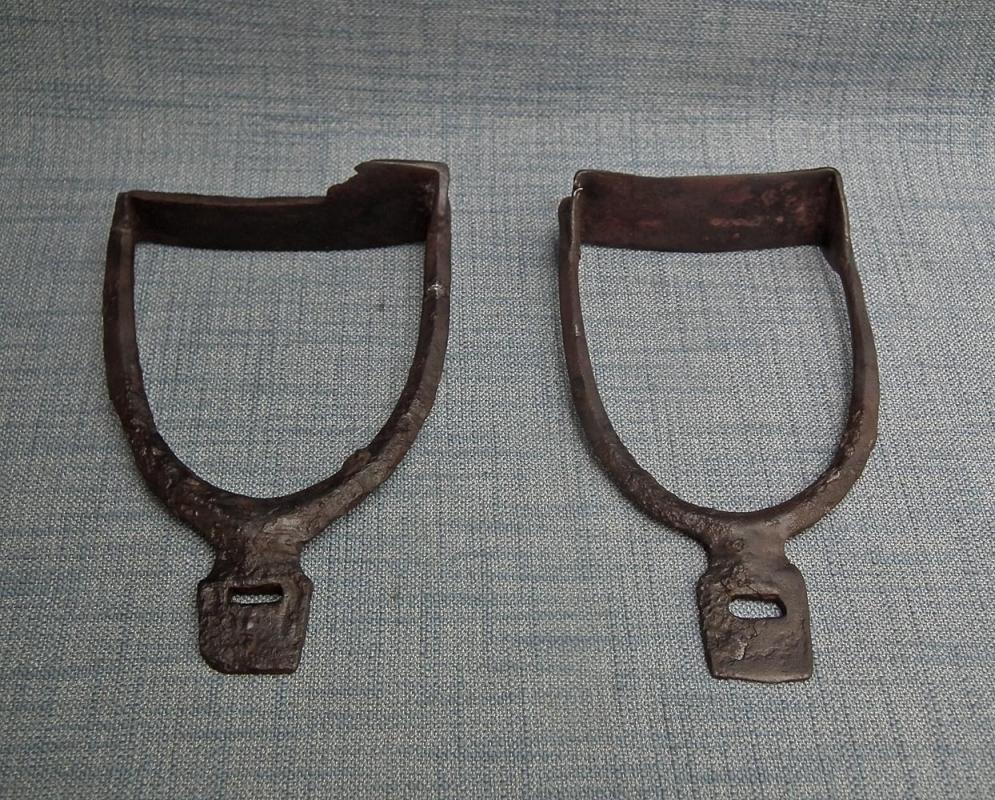 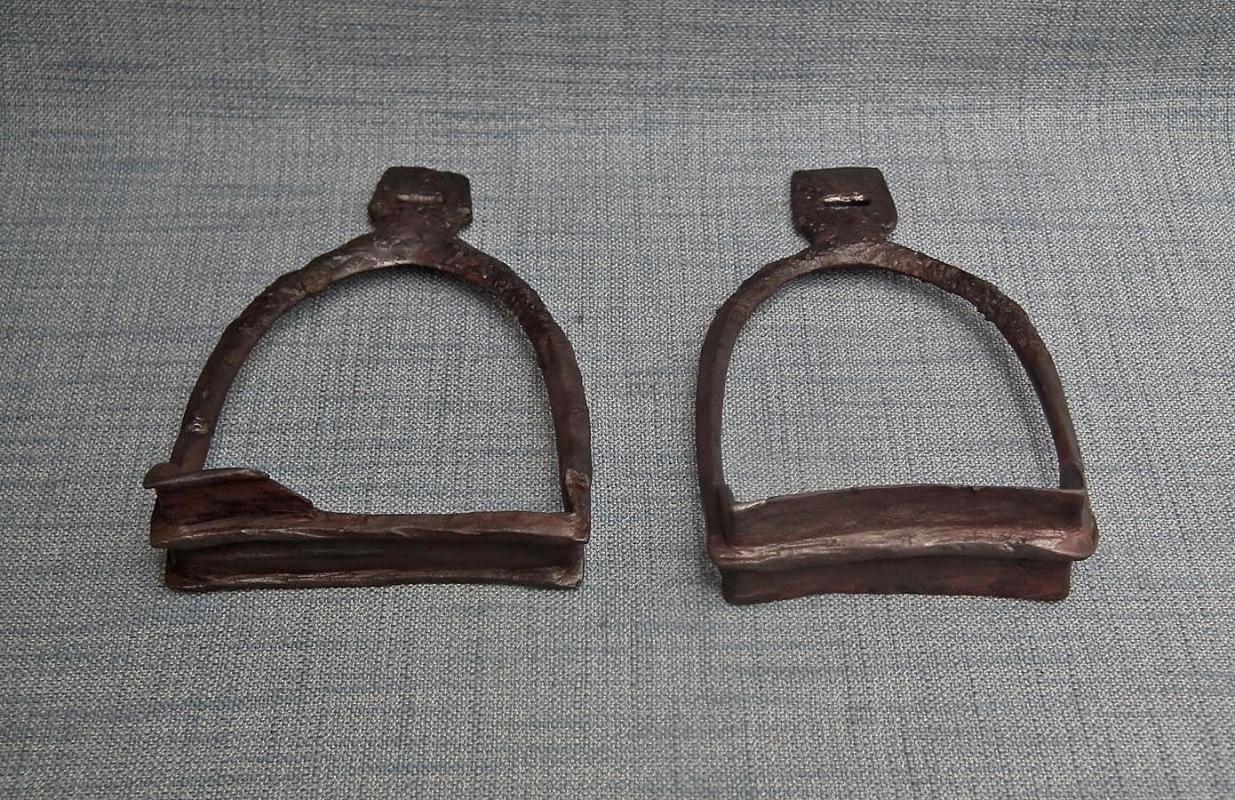 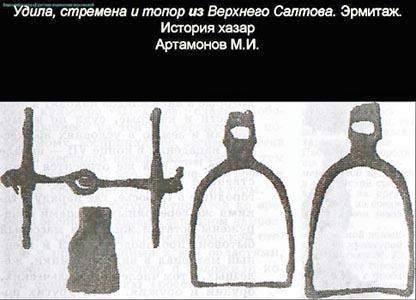 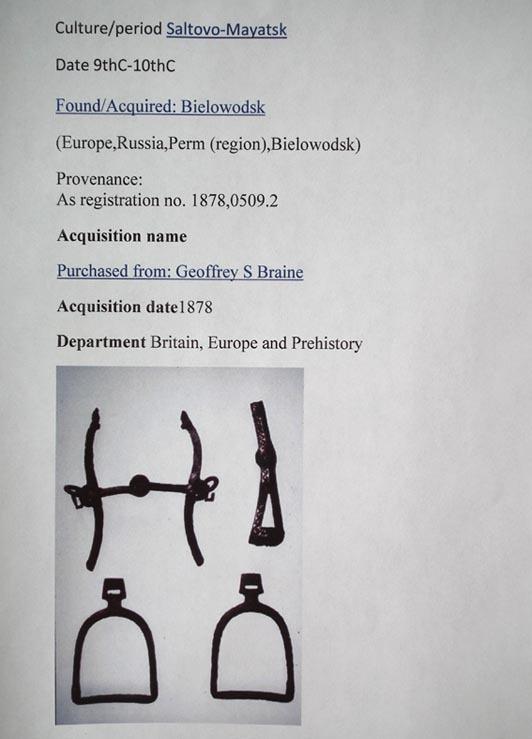 Pair of a rare 9th-10th century antique medieval Khazar stirrups, entirely hand forged from a single piece of thick, solid iron, of arched form, with a convex footpad, and surmounted at the top with a shaped finial pierced with a slot for a strap for hanging.
REFERENCES: A pair of similar Khazar stirrups are in the collection of the State Hermitage Museum in St. Petersburg, Russia.
In addition, the British Museum has a pair of similar Khazar stirrups that are described as dating from the 9th -10th century and coming from the Saltovo-Mayaki Khazar culture in Bielowodsk Russia.
Please see the last two photos attached to the listing.
We will provide the buyer with photocopies of the stirrups from these two museums, together with a certificate of authenticity.
CONDITION: In excavated condition, corroded, particularly the footpads, but overall complete and sound.
Considering its age to be over 1000 years, the stirrups are in good condition.
DIMENSIONS, approximately: Height: 19.5 cm (7.68 inches). Width: 10.5 cm (4.13 inches).

It is well known that sometime in the eighth to ninth centuries, the Khazars, a warlike Turkic people, converted to Judaism in the 8th-9th century and ruled over a vast domain in what became southern Russia and Ukraine. At its maximum extent, the independent country of Khazaria included the geographic regions of southern Russia, northern Caucasus, eastern Ukraine, Crimea, western Kazakhstan, and northwestern Uzbekistan.

Other Turkic groups such as the Sabirs and Bulgars came under Khazar jurisdiction during the 7th century.

The Khazars forced some of the Bulgars (led by Asparukh) to move to modern-day Bulgaria, while other Bulgars fled to the upper Volga River region where the independent state of Volga Bulgaria was founded. The Khazars had their greatest power over other tribes in the 9th century, controlling eastern Slavs, Magyars, Pechenegs, Burtas, North Caucasian Huns, and other tribes and demanding tribute from them.

What happened to them after the Russians destroyed that empire around the eleventh century has been a mystery. Many have speculated that the Khazars became the ancestors of Ashkenazi Jews.