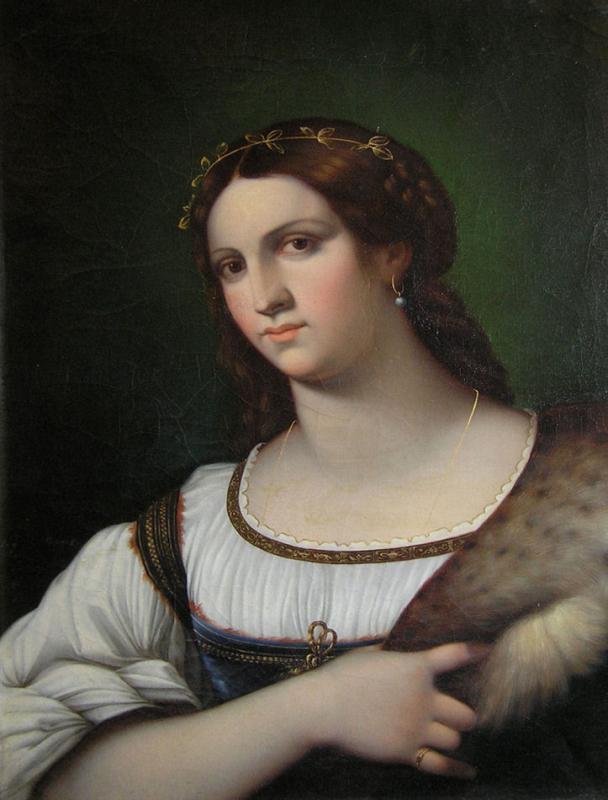 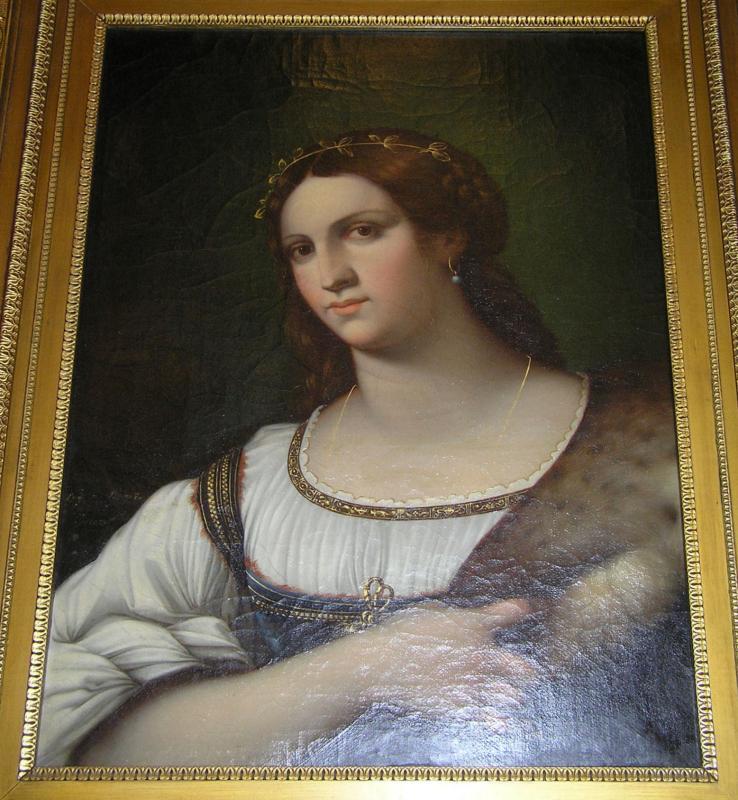 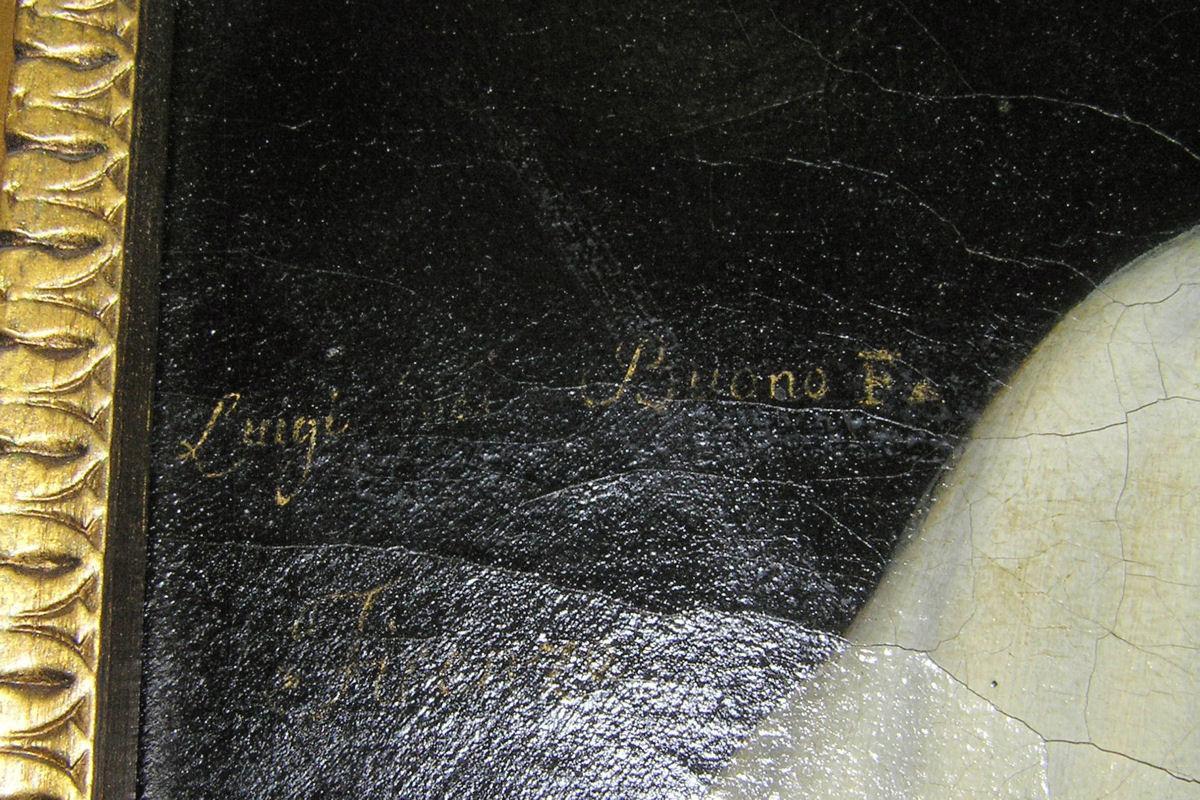 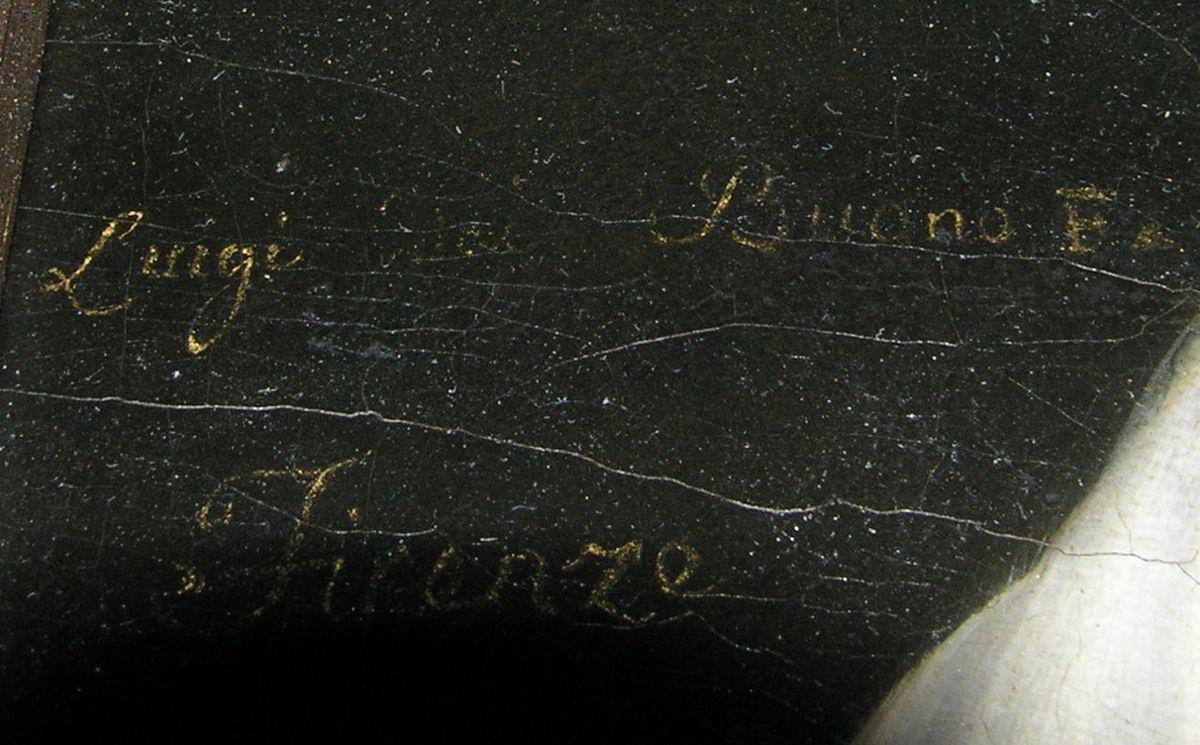 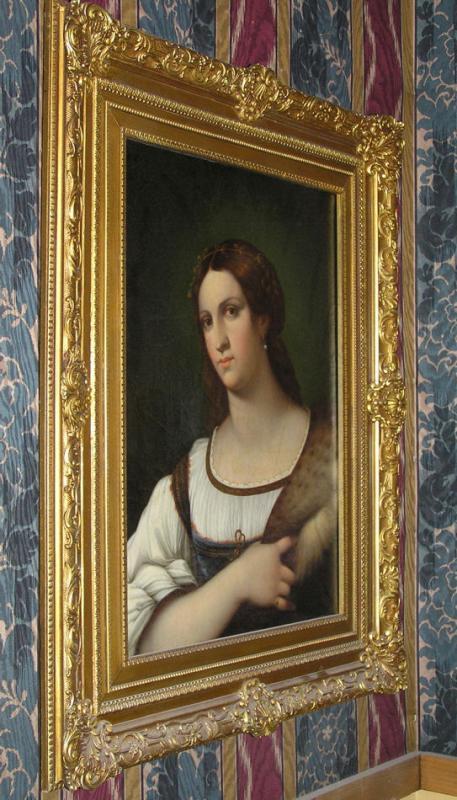 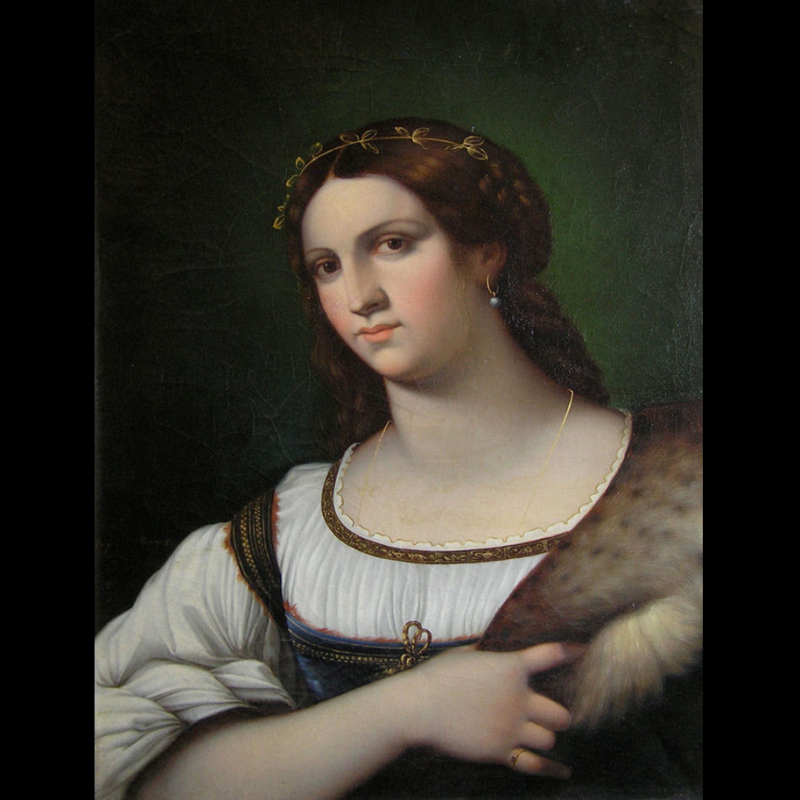 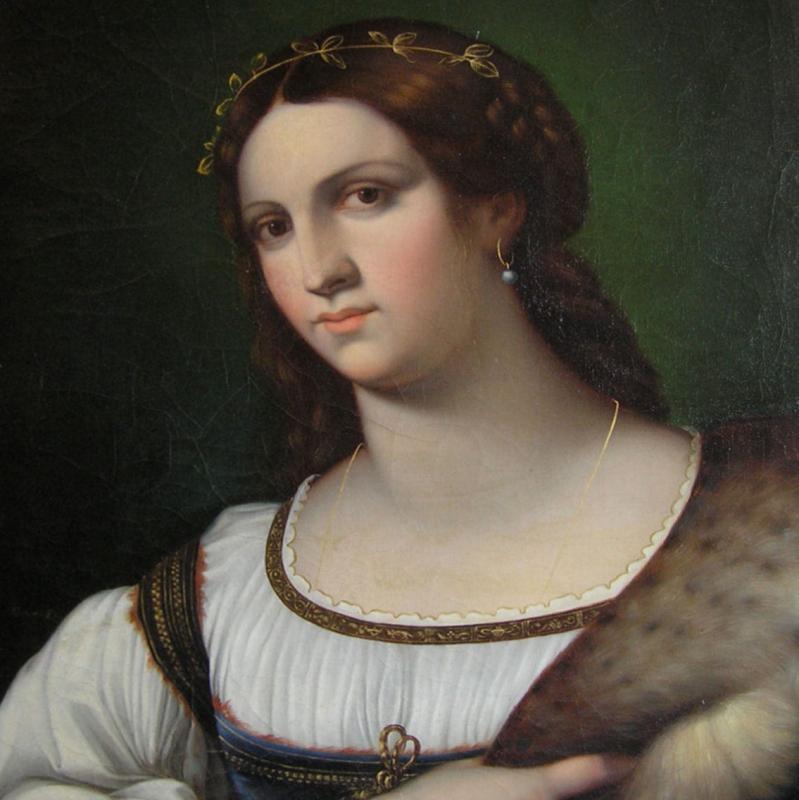 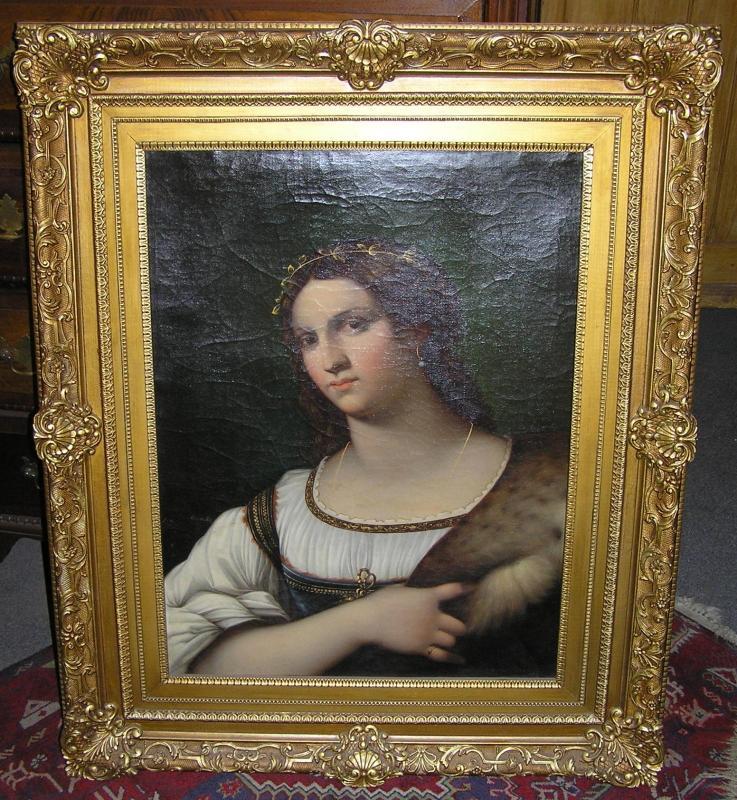 This is an exceptional portrait by the 19th century Florentine friar and master copyist, Fra Luigi di Buono, after a work by the master Sebastiano Luciani (1485-1547), commonly known as Sebastiano del Piombo, which resides in the Uffizi Gallery in Florence. Signed on the left side "Luigi de Buono Fr" and beneath "Firenze". Stretcher measures 21" by 26" and frame measures 30" by 36.5" by 1.5". Depicted is a lovely Italian woman of means wearing fine dress and jewelry. Relined at some point in the past, likely 20-30 years ago or more.

The original, entitled simply Portrait of a Woman, is displayed in The Dosso Dossi Room at the Galleria degli Uffizi in Florence. The museum indicates it was painted on wood panel measuring 68 cm by 55 cm in 1512. An image of the original by Sebastiano can be seen at the Virtual Uffizi web site.

Sebastiano was an important Mannerist painter of the early 16th century. A member of the Venetian school, he was also active in Rome and known for combining the colors of the Venetian school with the monumental forms of the Roman school. He was a pupil of Giovanni Bellini and afterwards of Giorgione whose influence is apparent in much of his work.