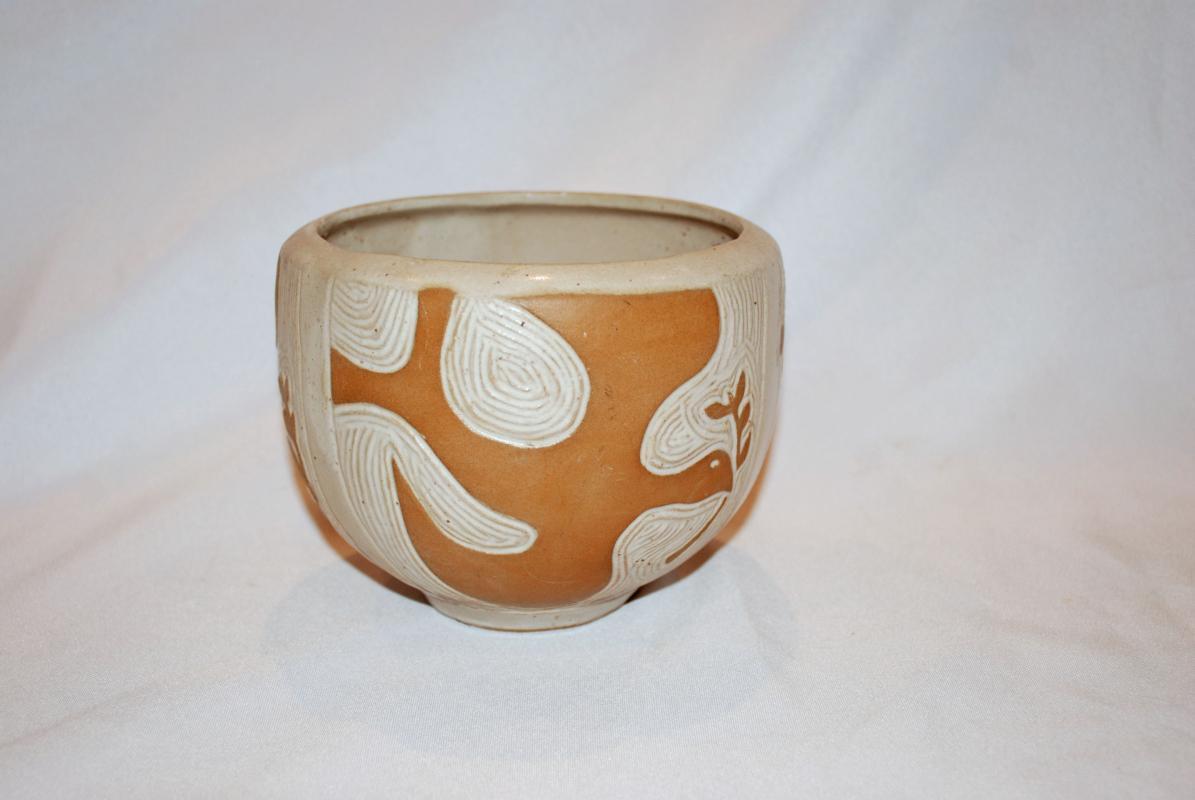 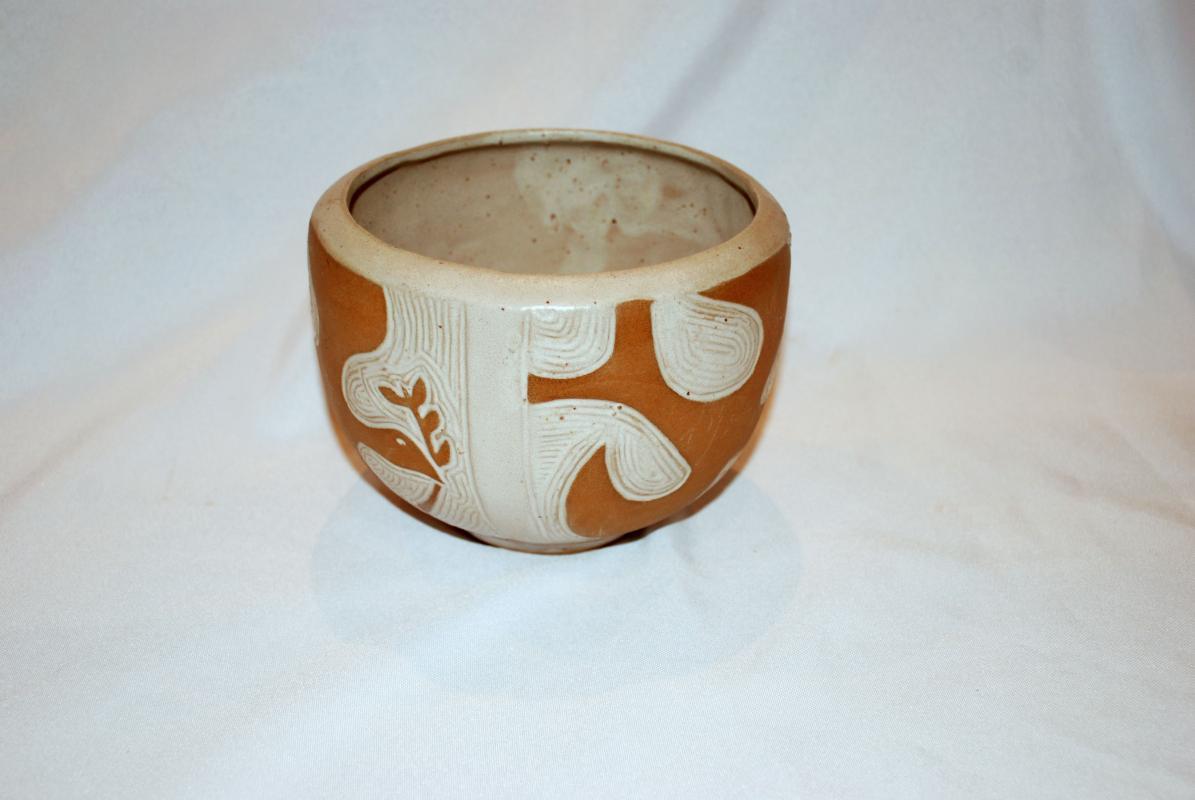 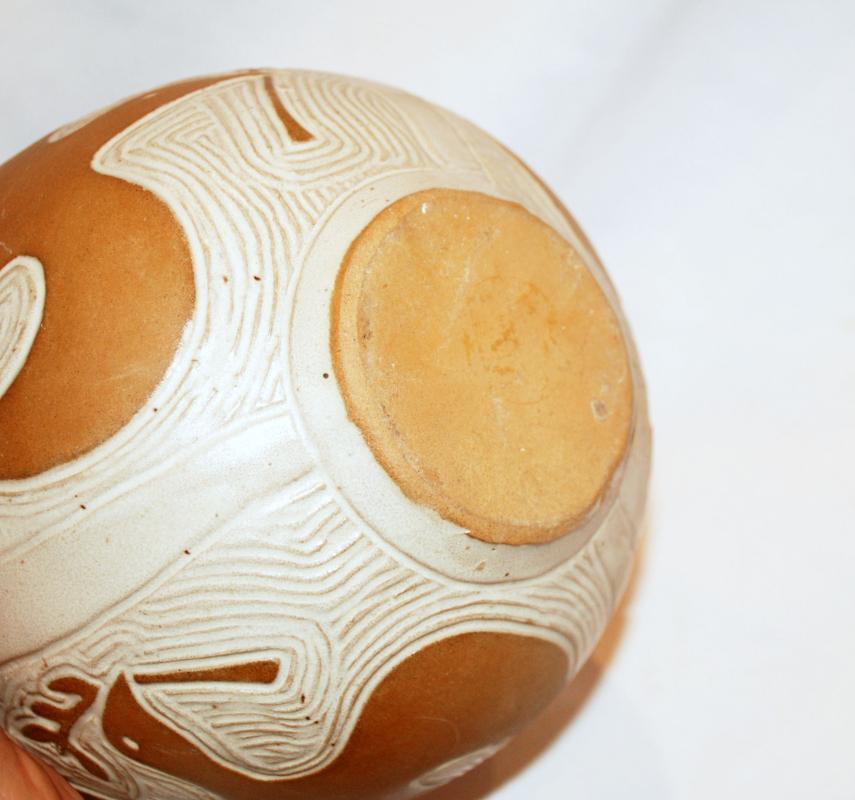 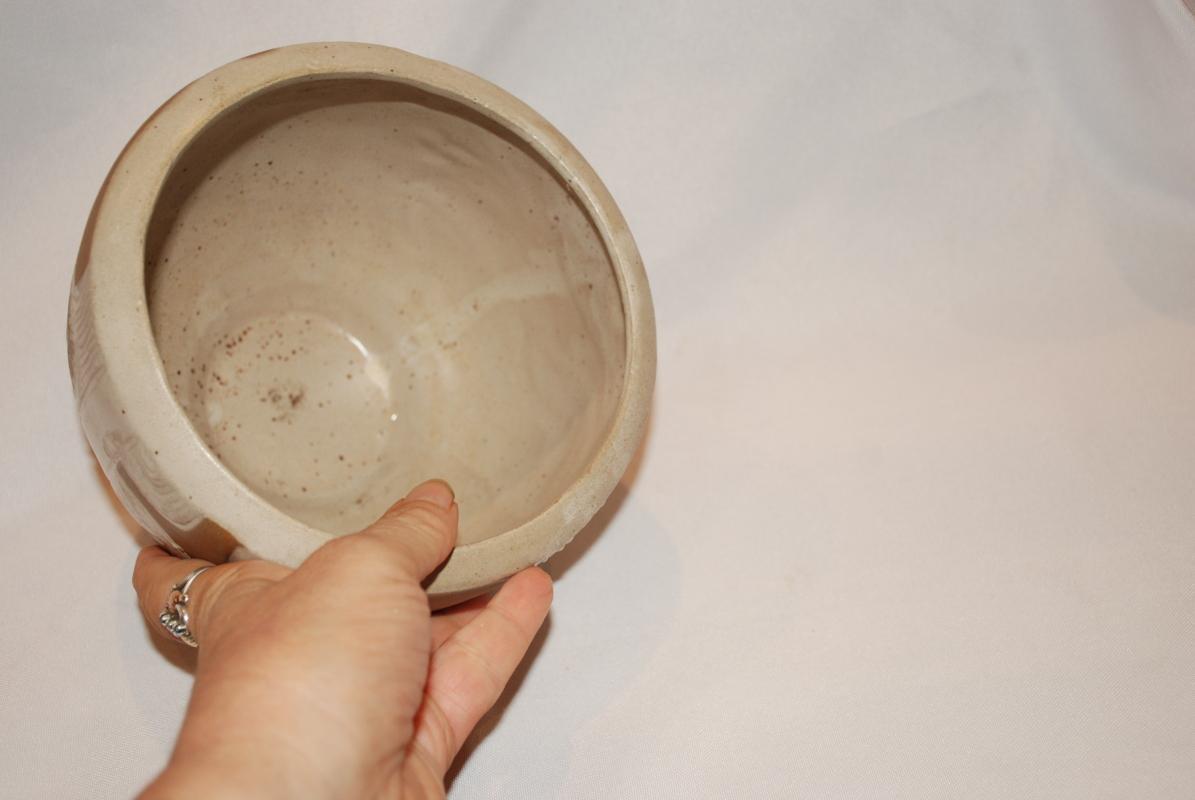 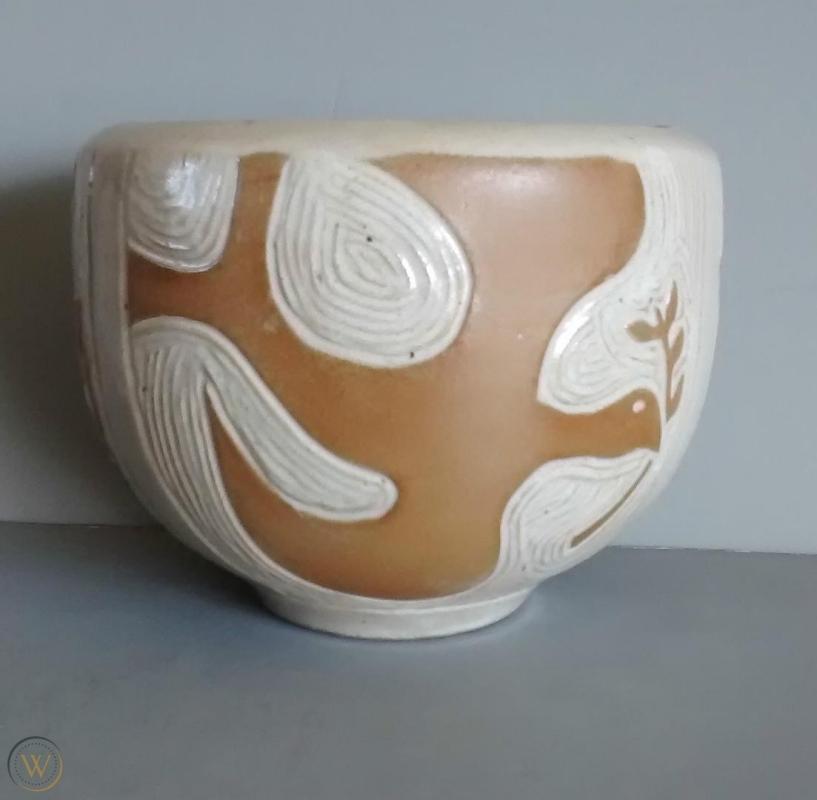 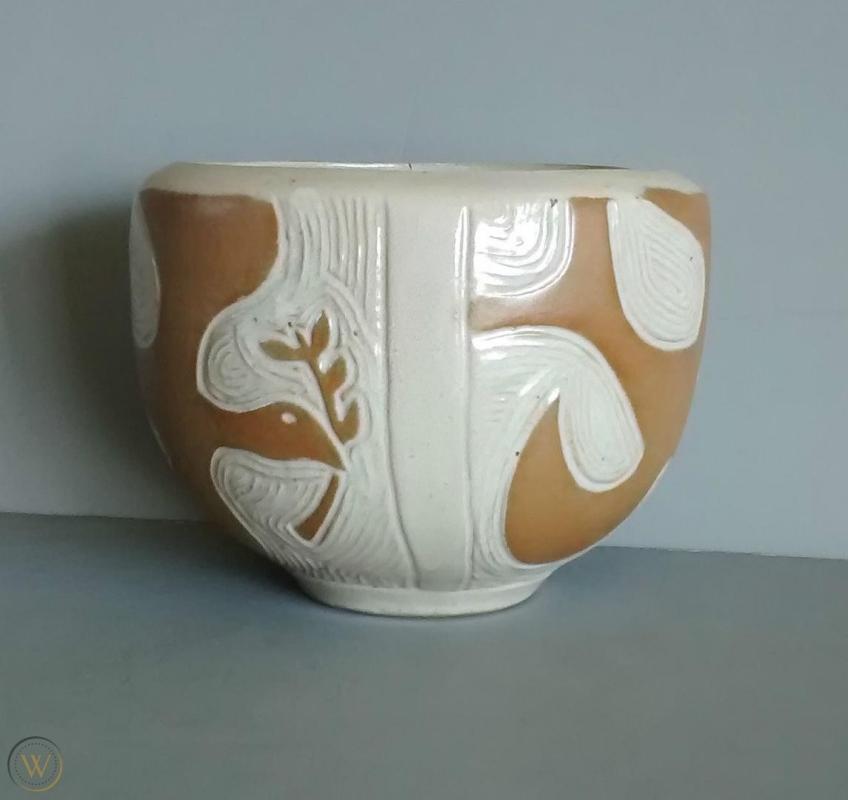 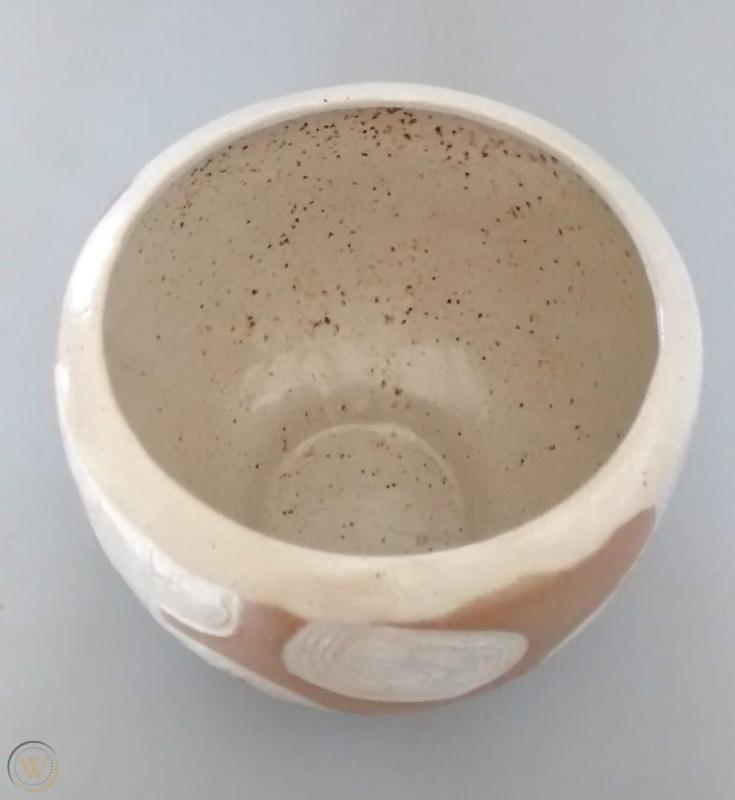 The piece features three doves of peace holding olive branches. All three doves are slightly different in design, giving the piece a charming handmade feel.and thrown and carved form in David's well known Manganese speckled clay. Cool sgraffito incising of the peace dove. Photos show all three doves. Beige incised areas have a shiny finish; brown doves are more of a matte finish : Dimensions: 6.25" dia., 4.75" high.  The condition is excellent.   On the bottom there is only No marks, but residue from round "David Stewart / Lion's Valley"  Which really is no longer visable.

David Stewart was a semi prolific potter in the San Diego area of California in the Mid-Century. Originally selling his pottery out of his car up and down the coast directly to merchants eventually he settled in San Diego where he ran his own studio and succeeded in supporting his family through his pottery work.