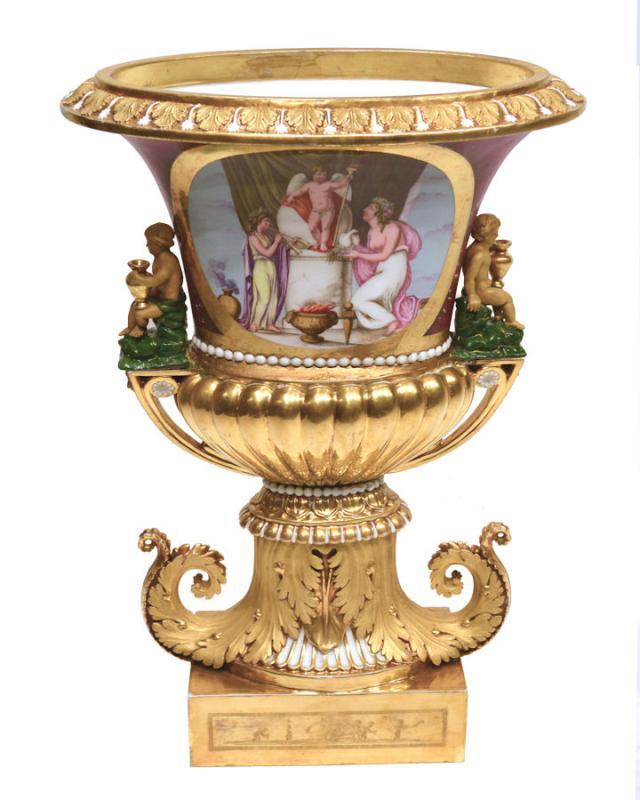 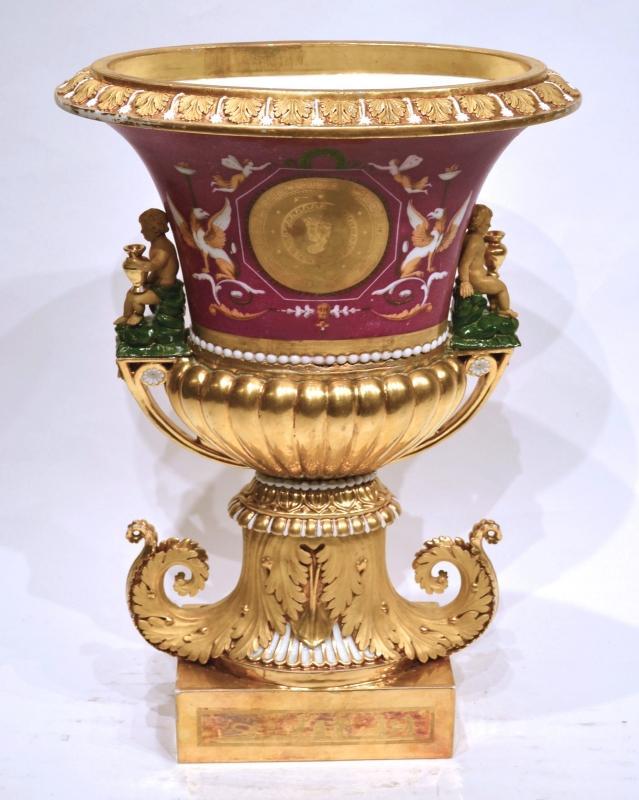 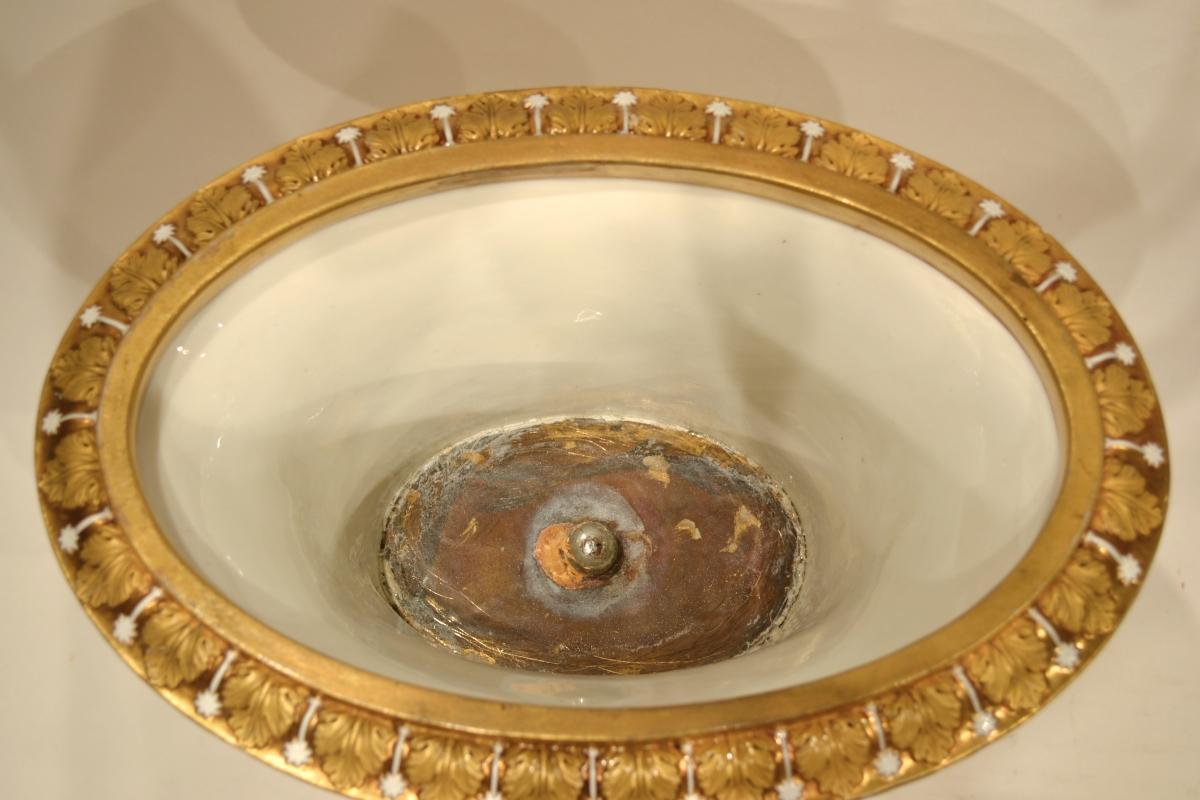 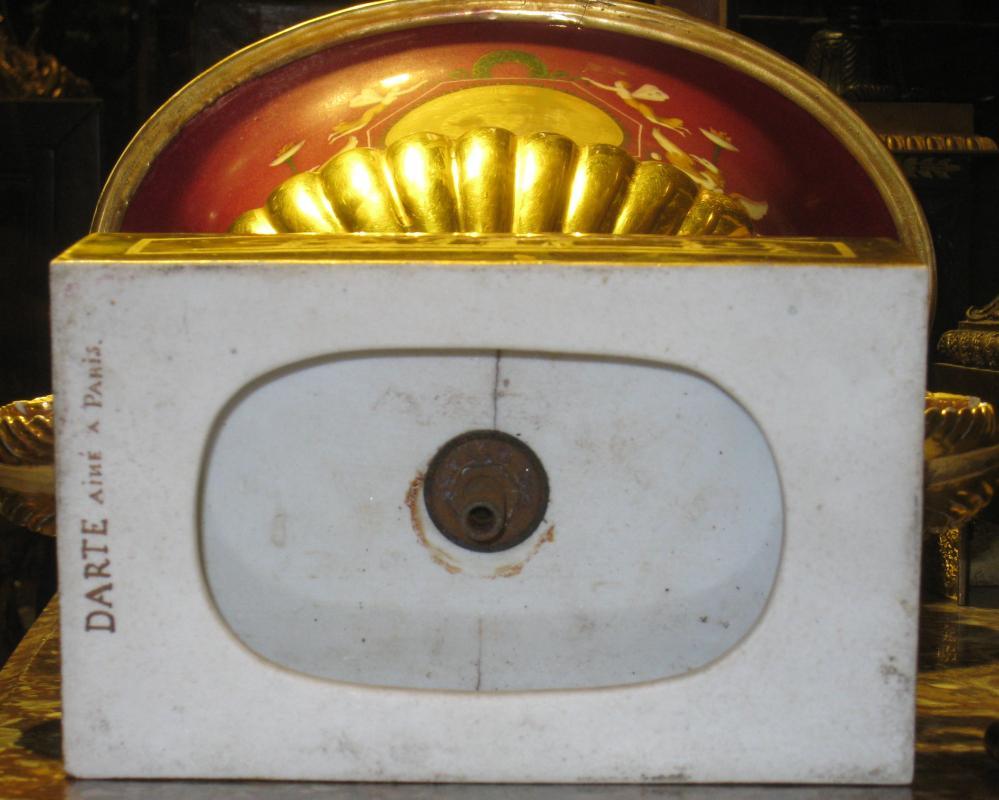 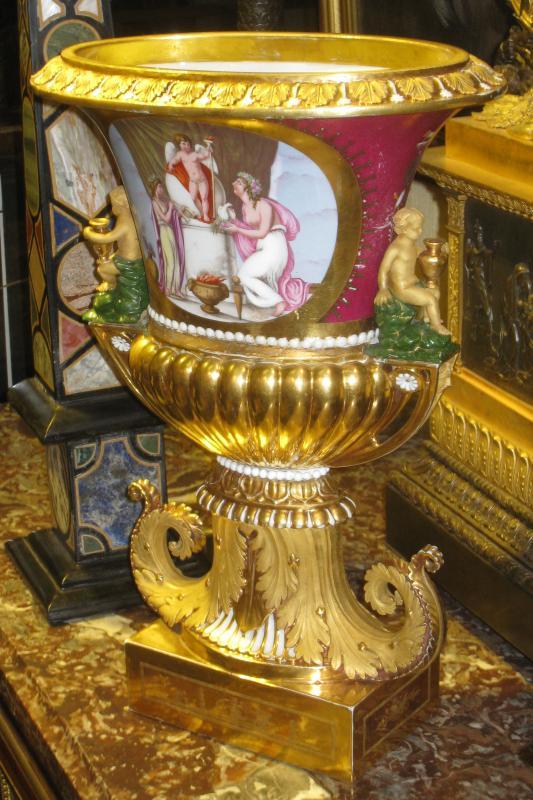 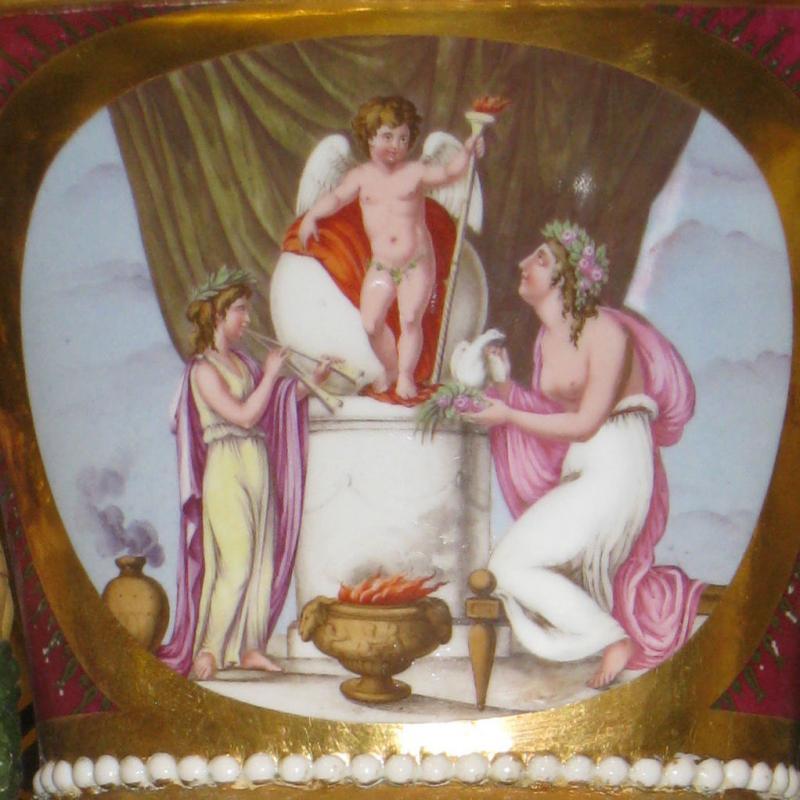 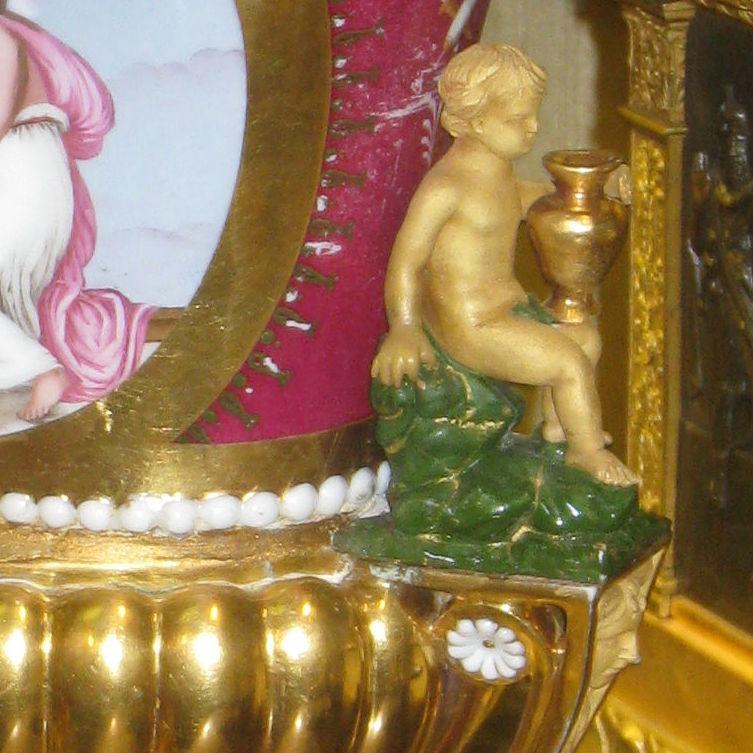 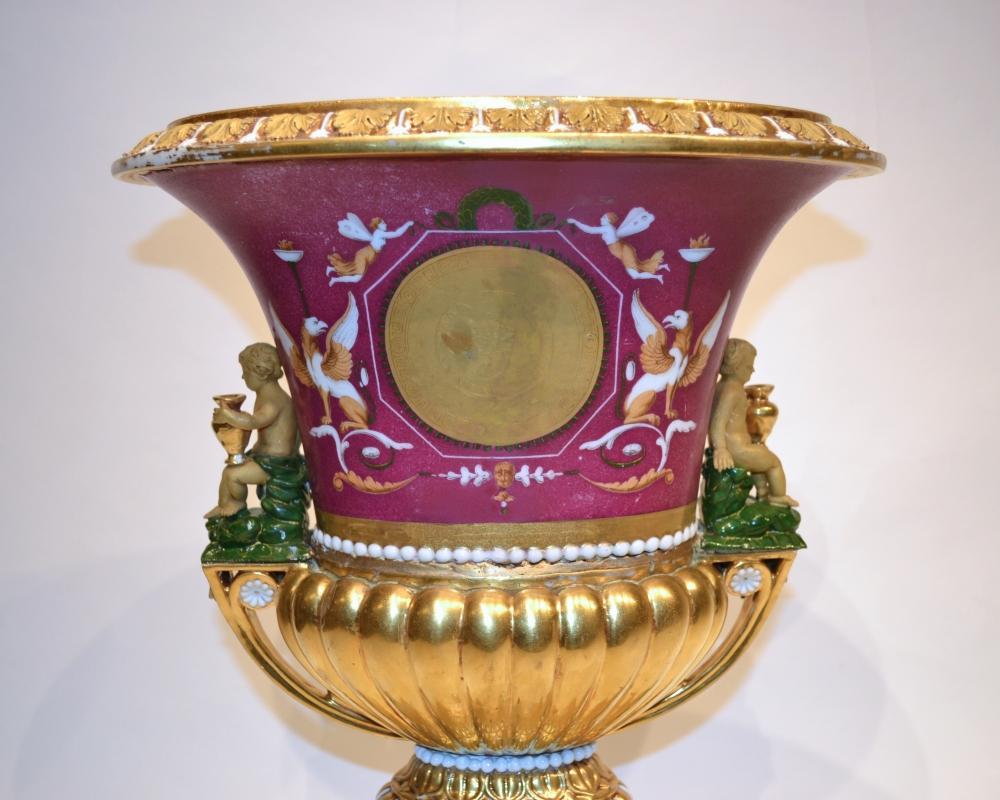 Our wonderful Paris porcelain vase from the early to mid nineteenth century comes from Darte, later known as Darte Freres  Measures 18.5 by 13 by 9 inches. Signed DARTE AINE A PARIS.

In good condition, with significant restoration to the area below the white beading at the waist, and other possible restorations elsewhere. There is also rubbing wear and scratches all consistent with age. Upper section is just a little loose. The steel hardware joining the sections does not appear to be original, but it quite old as its rust suggests.

According to the Metropolitan Museum of Art, Joseph Darte was director of the porcelain factory at rue de Popincourt from 1804 to 1822.  The British Museum states this factory was known as the Nast factory, as it was taken over by Népomucène-Jean-Hermann Nast (1754-1817) from Pierre Lamaire in 1783. The factory kept going through the Revolutionary period and Nast's sons worked with him from 1813 and continued to run the factory after his death in 1817. The elder son Henri became sole owner in 1831, but worsening economic conditions forced its closing in 1835. Other, later works by Darte are attributed and signed Darte Freres.