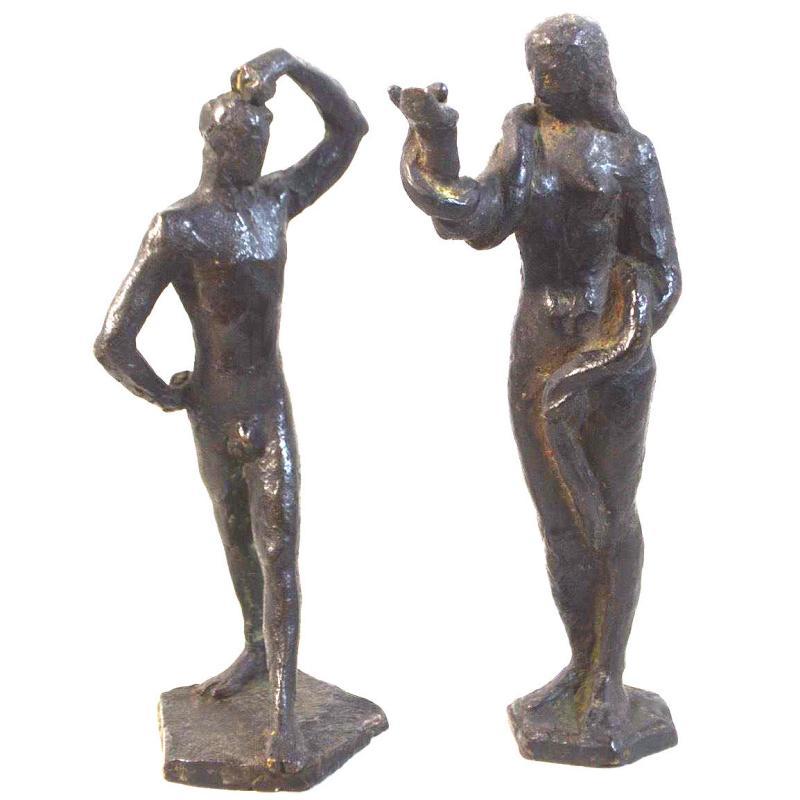 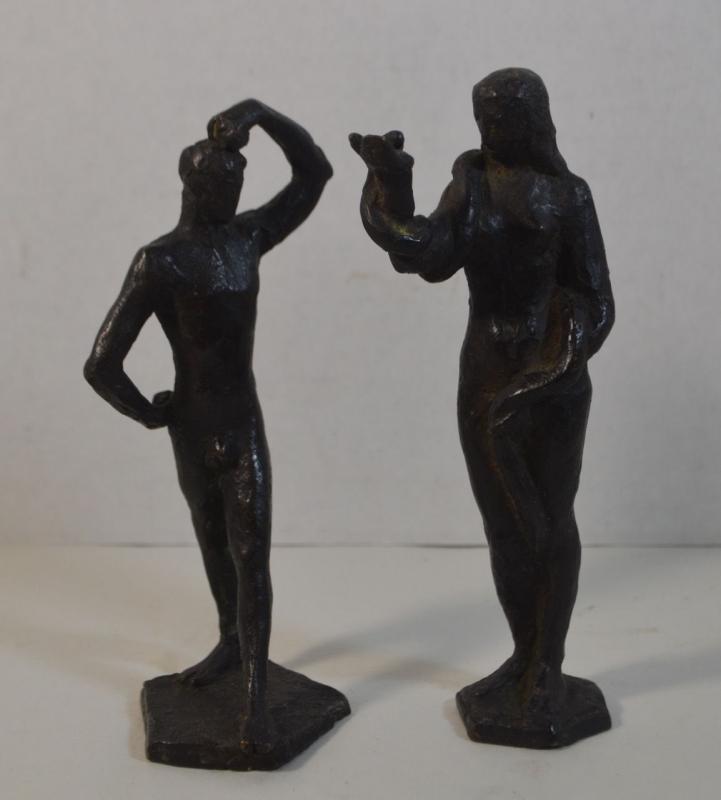 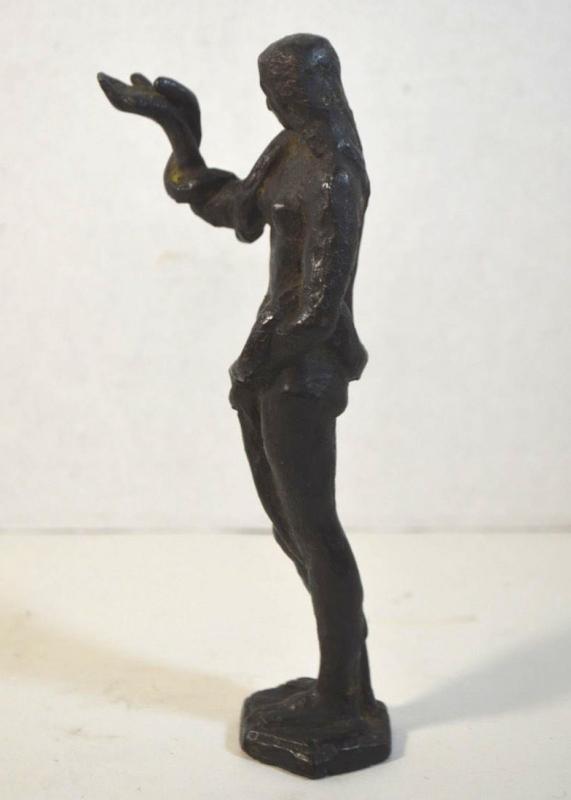 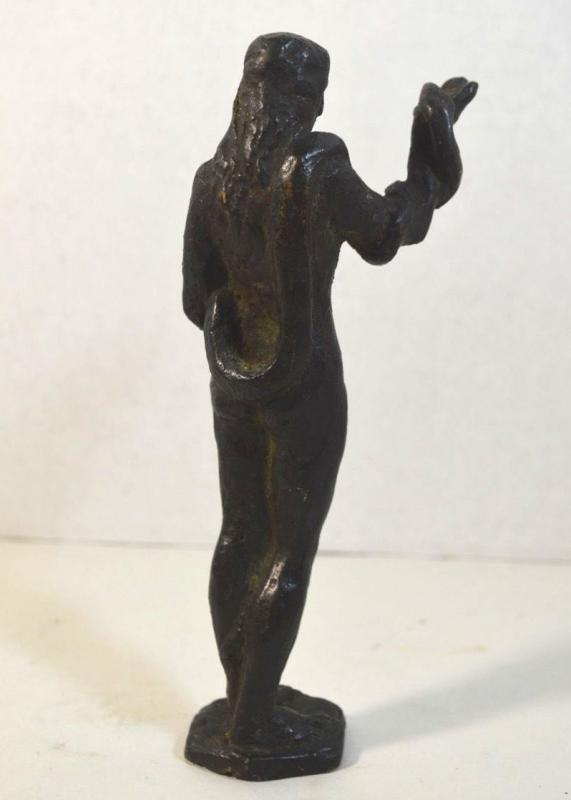 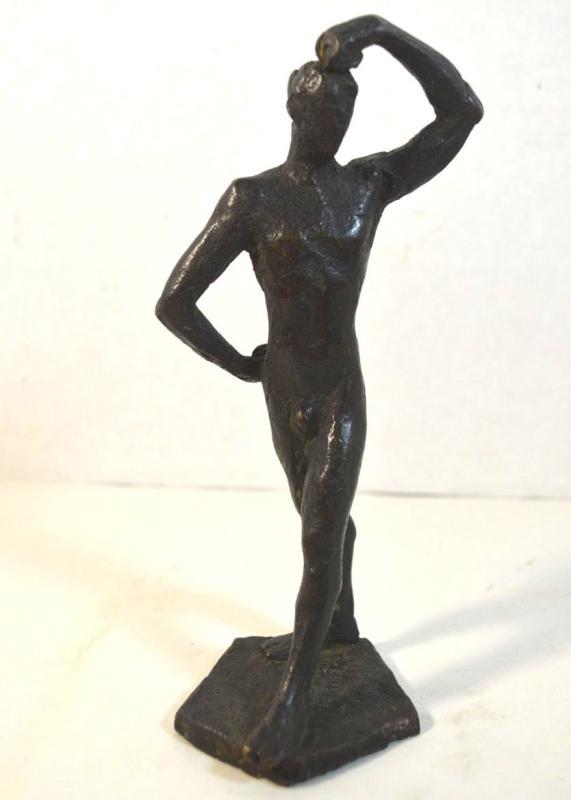 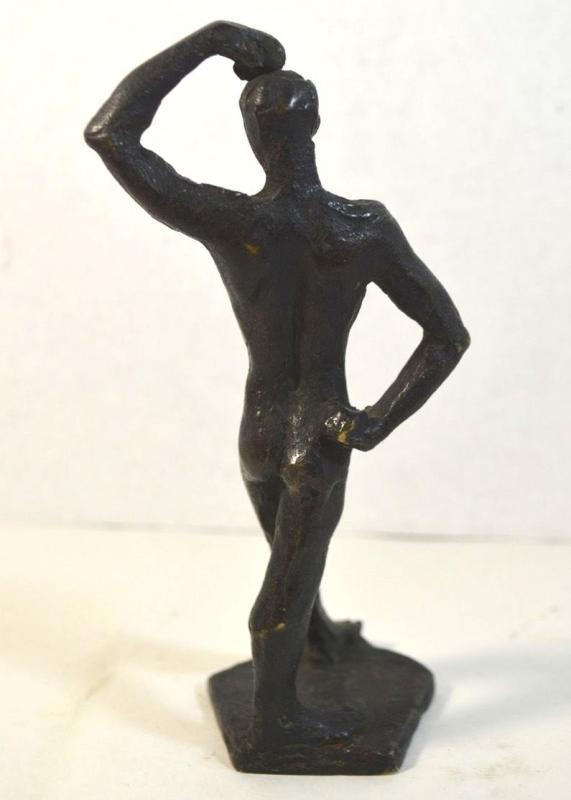 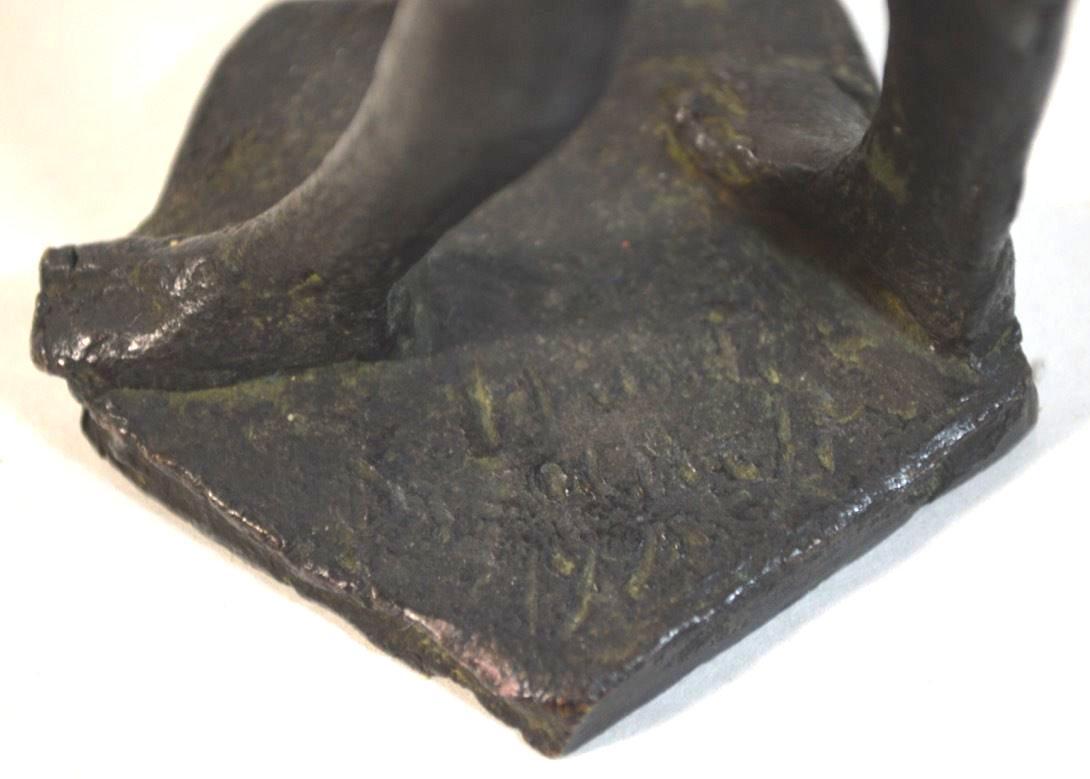 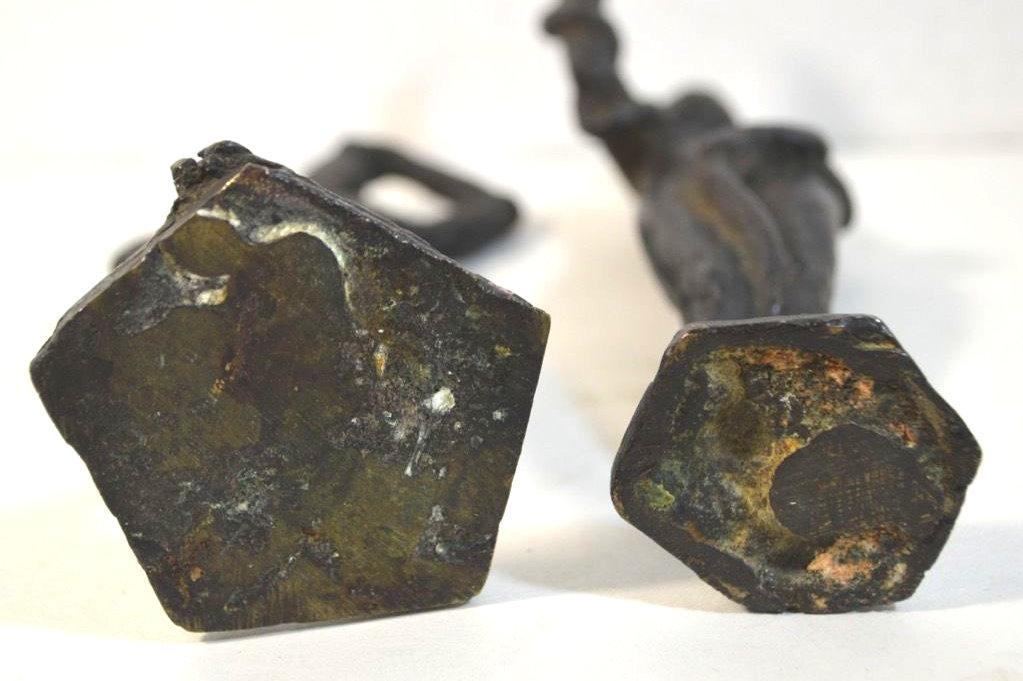 These bronze figurines of Adam and Eve come from the Hungarian-American artist, Wilhelm Hunt Diederich (1884-1953).  Heights: 6 3/8 inches. The Adam figurine is signed Hunt Diederich with the date 1920.  Overall condition of each is good.  There is oxidation, rubbing, scratches, etc., all consistent with age.

Hunt Diederich was the son of a horse-trainer.  His mother belonged to the family of the painter William Morris Hunt and the architect Richard Morris Hunt. After initial studies in Switzerland, he attended the Milton Academy in Boston and then the Pennsylvania Academy of the Fine Arts in Philadelphia. There he met Paul Manship, who was to become a loyal friend, and they both travelled to Spain. Eight years later, Diederich travelled through Europe and Africa. In Paris, he worked with the animal sculptor Emmanuel Frémiet. Upon his return to the USA, he joined the artist's colony in Woodstock. He was both a painter and a sculptor, and often depicted dogs and decorative motifs.  From 1911 to 1924 in Paris, he participated in the Salon des Artistes Français and the Salon d'Automne, of which he was a member. In 1920, he had his first solo exhibition in the USA, at the Kingore Gallery, where he showed animals and hunting subjects.  Diederich is widely known for his figurative sculpture and collages on paper in the Art Deco style, particularly horses, which were a motif he added to decorative artwork, including firescreens.