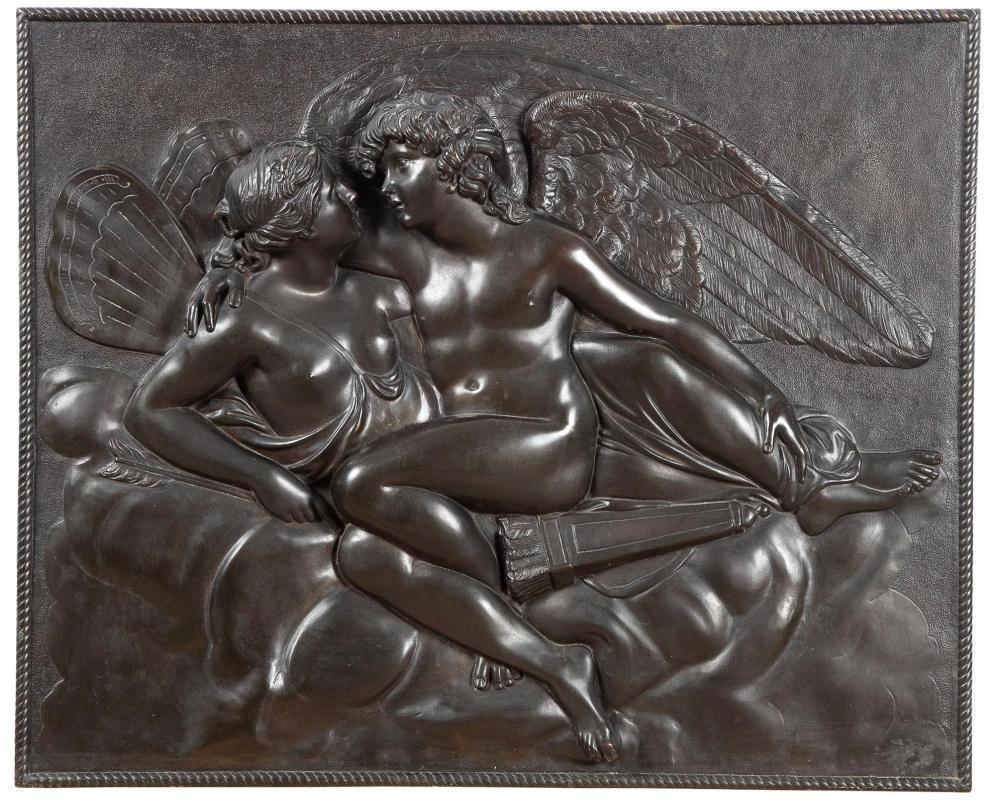 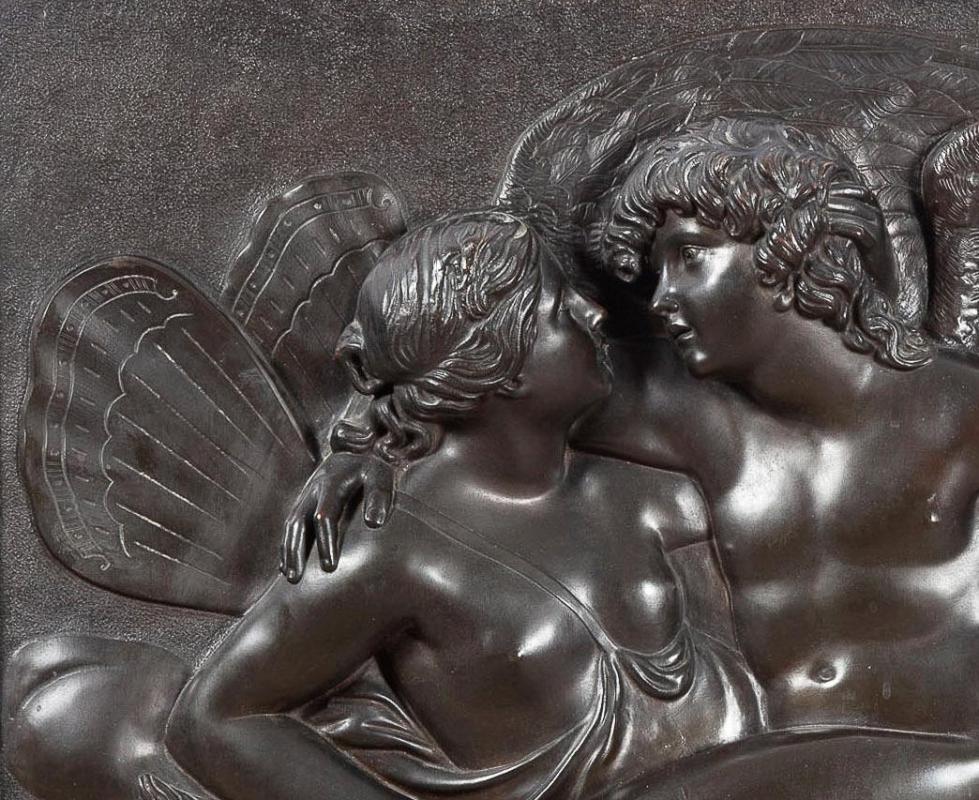 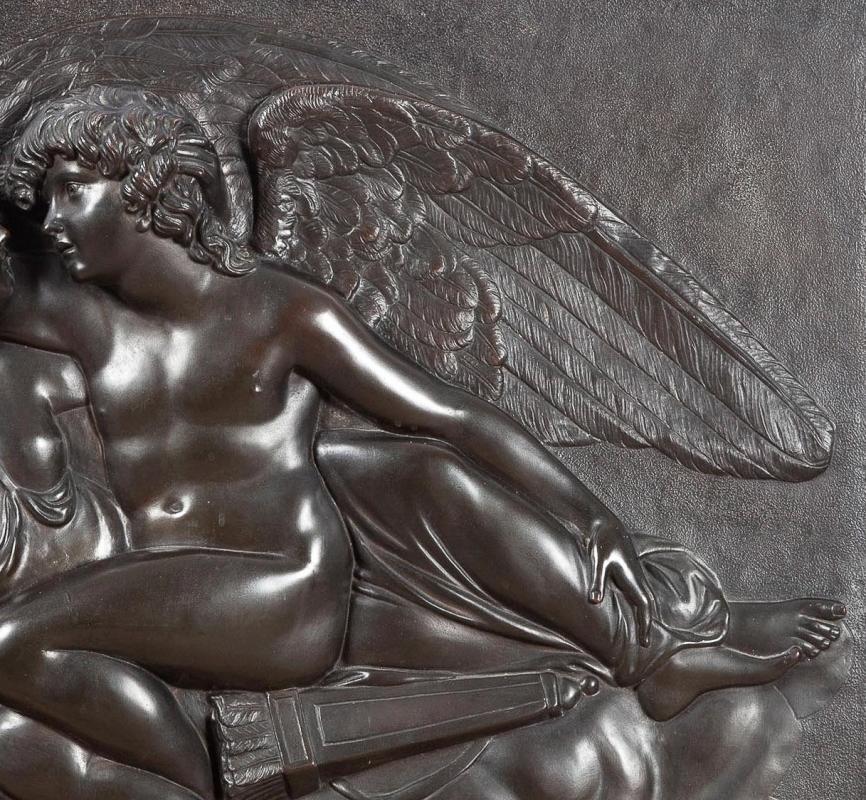 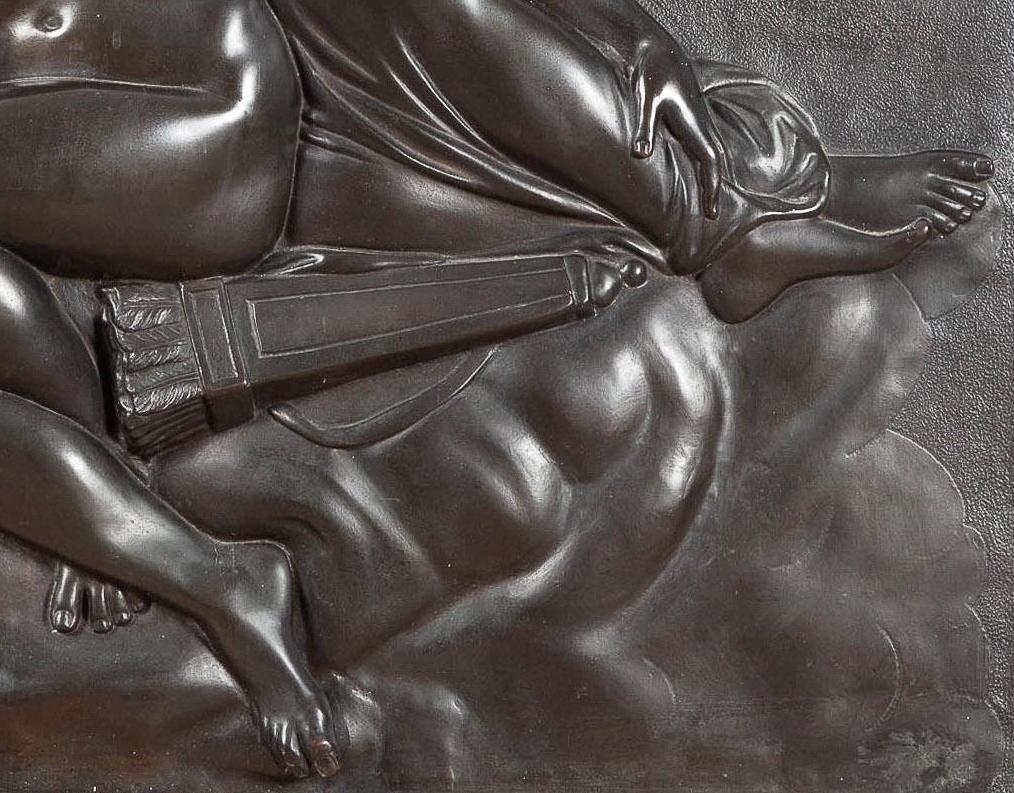 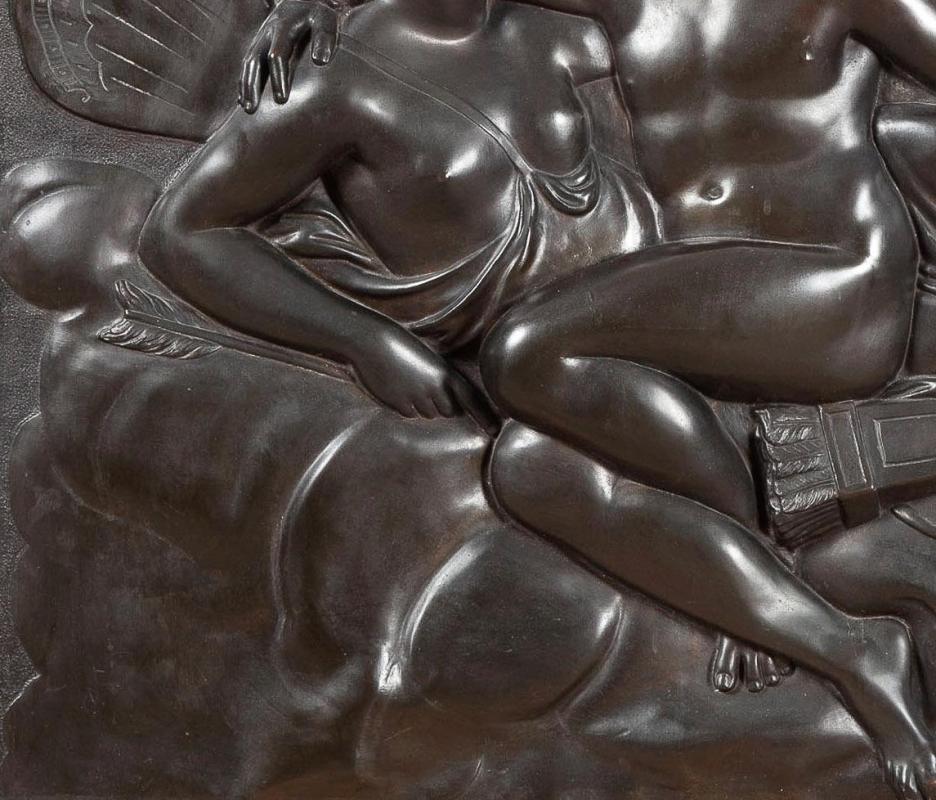 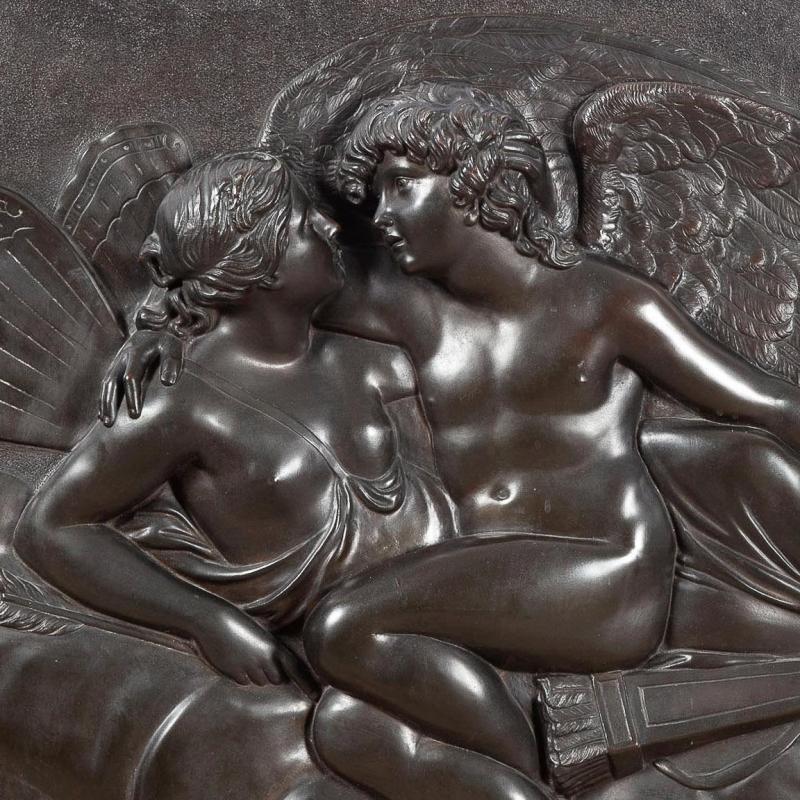 Our antique bronze bas relief plaque depicts Cupid Awakening Psyche, after John Flaxman, R.A. (British, 1755-1826), from the story in Metamorphoses (The Golden Ass) by Apuleius. Possibly from P.P. Caproni and Brother of Boston, and apparently unsigned with no foundry mark.  This model is said to have been shown in the firm's 1913 catalog under the heading, "Modern Reliefs After John Flaxman."  The firm was founded by Pietro Paulo Caproni (1862-1928) and produced exceptional reproductions in cast plaster and bronze, and operated until 1927 when it was sold.