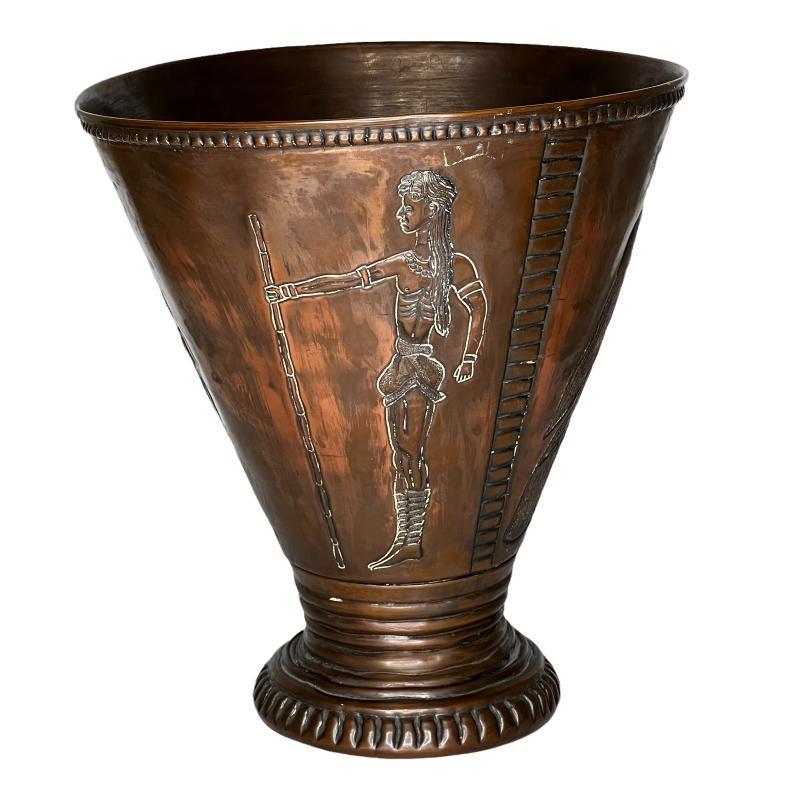 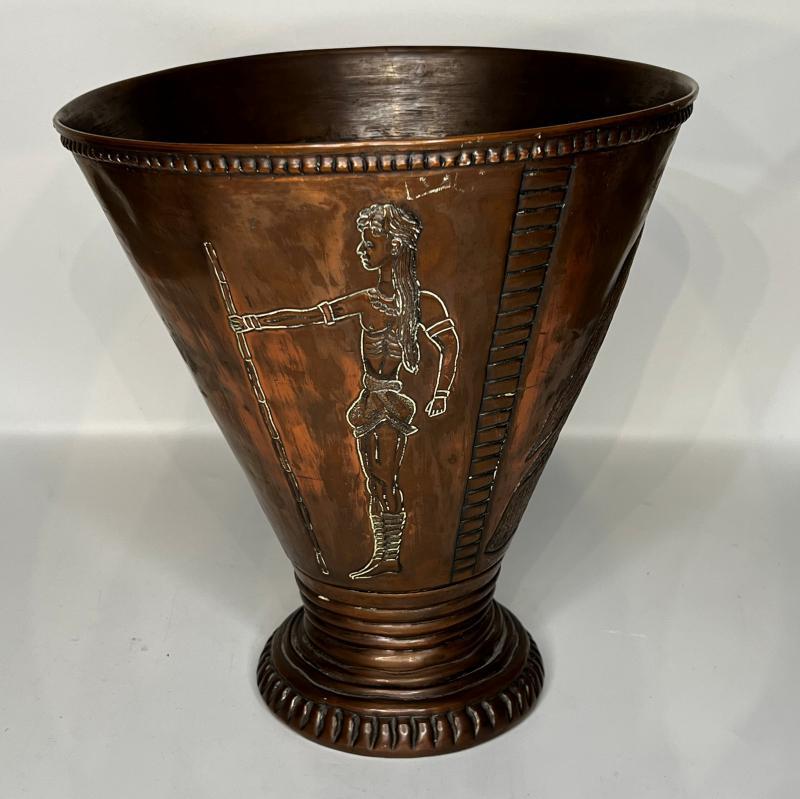 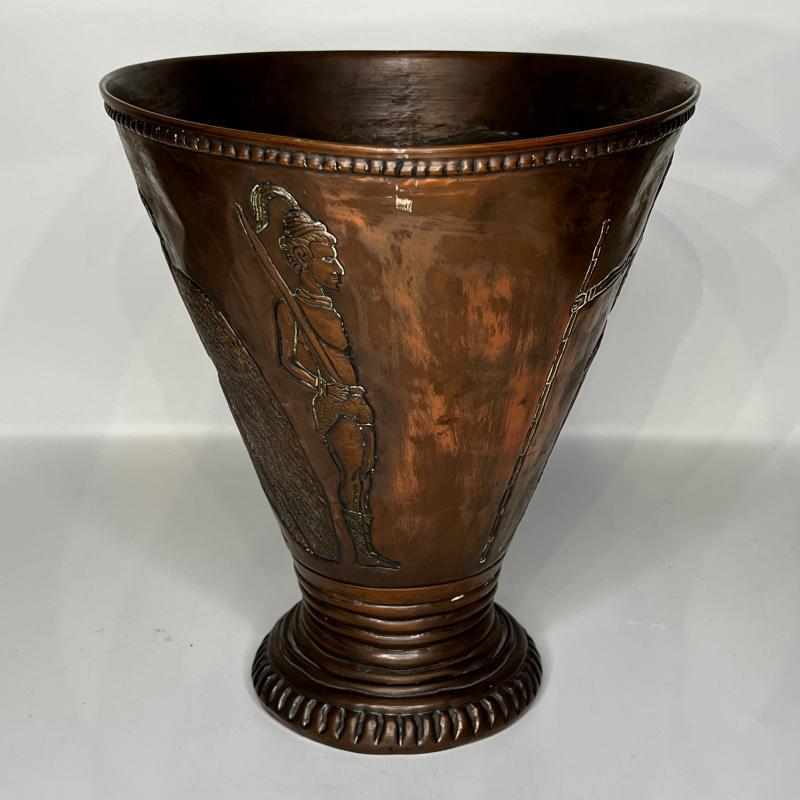 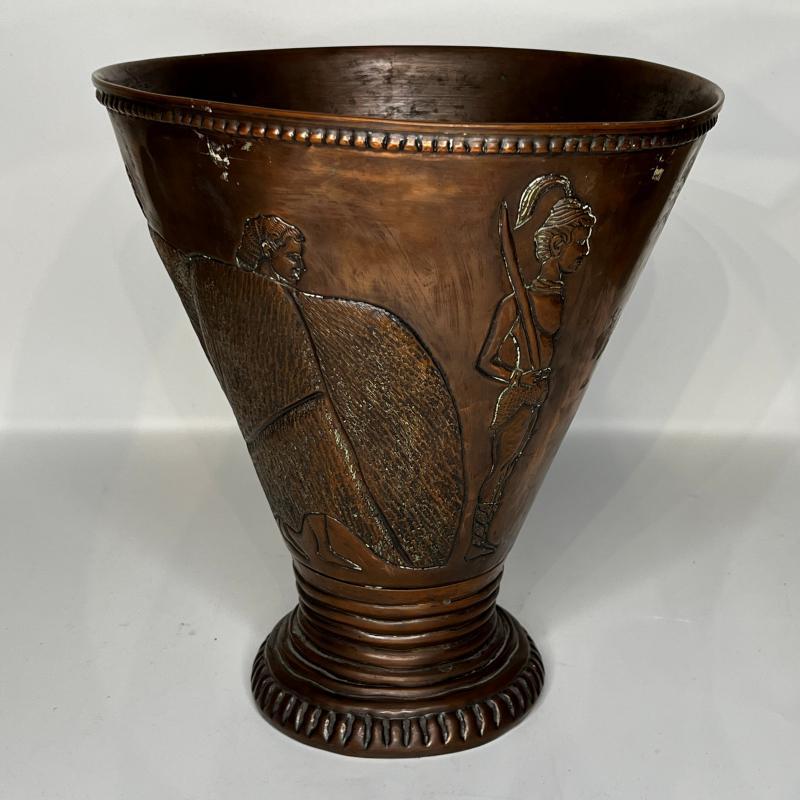 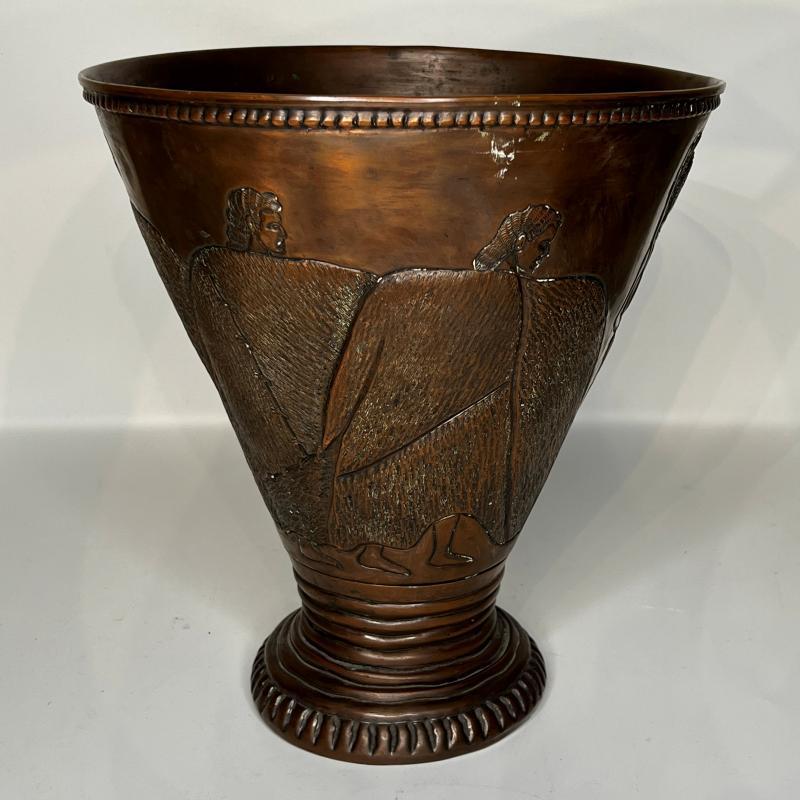 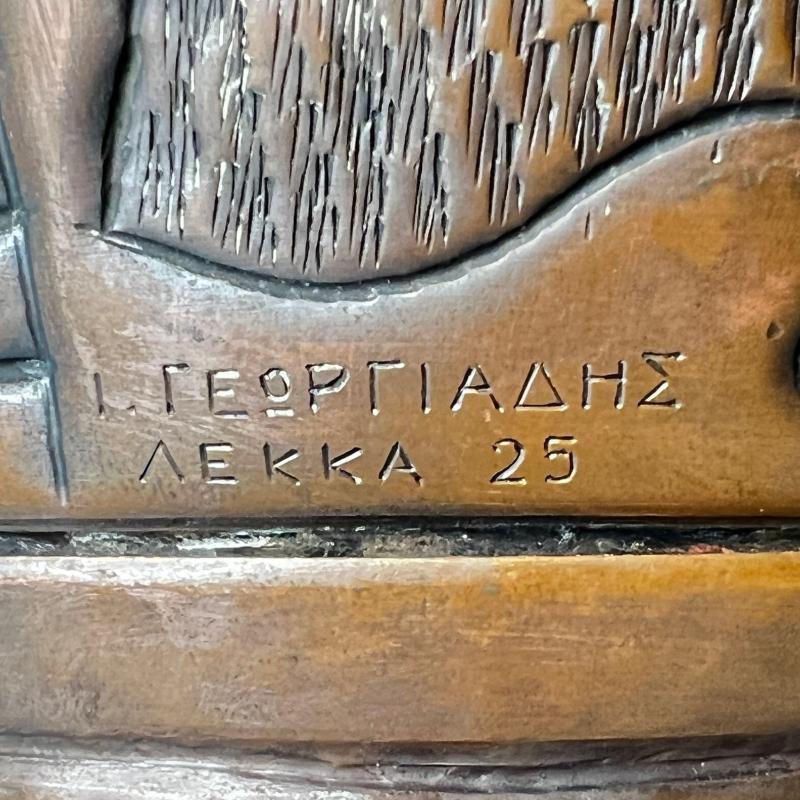 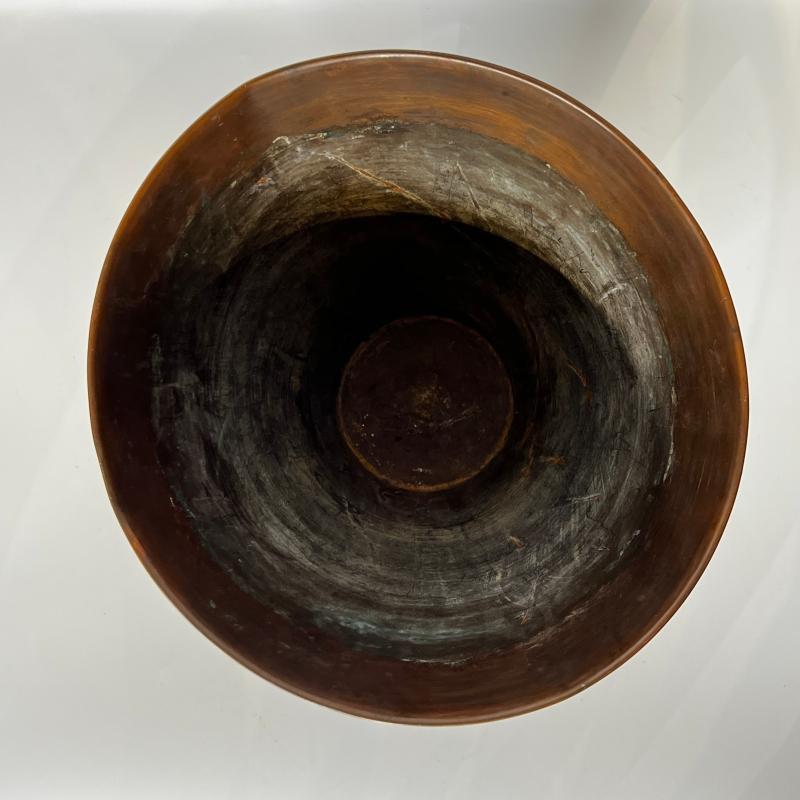 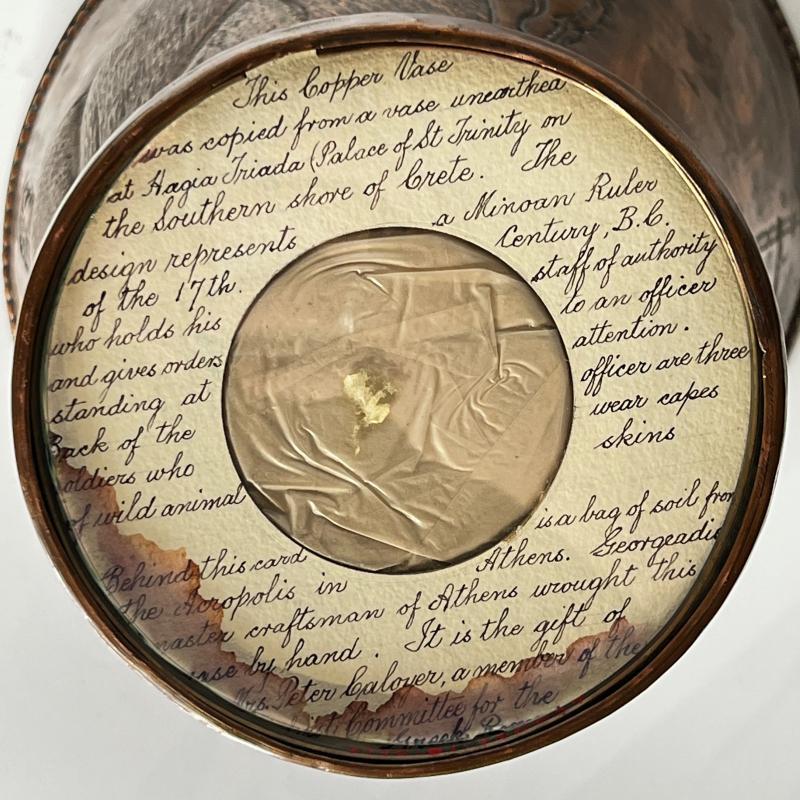 Our hand-crafted copper vase from Greece, signed in Greek and dated 1925, is a wonderful copy of the Chieftain Cup, the stone carved vase found in the 1900s at Agia Triada, the ancient administrative center in Crete, home of the Minoans, dated to circa 1500-1450 BC, which resides in the collection of the Heraklion Archaeological Museum in Crete.

One side of the cup depicts the chieftan holding a staff, said to be giving orders to the man to the left.  On the other side are three men carrying ox hides.  Historians believe the scenes depict a rite of passage where the young man is receiving weapons from the leading officer or chieftain and where the hides are the man's sacrifices to his superior.

With obvious bends to the overall shape, crack to the side near the top, some label residue, scratches and oxidation.

The underside shows an institutional accession number and inserted to the underside is a note, under glass, describing the piece and explaining its commission and dedication, including mention of a sack of Cretian dirt inserted into the underside.