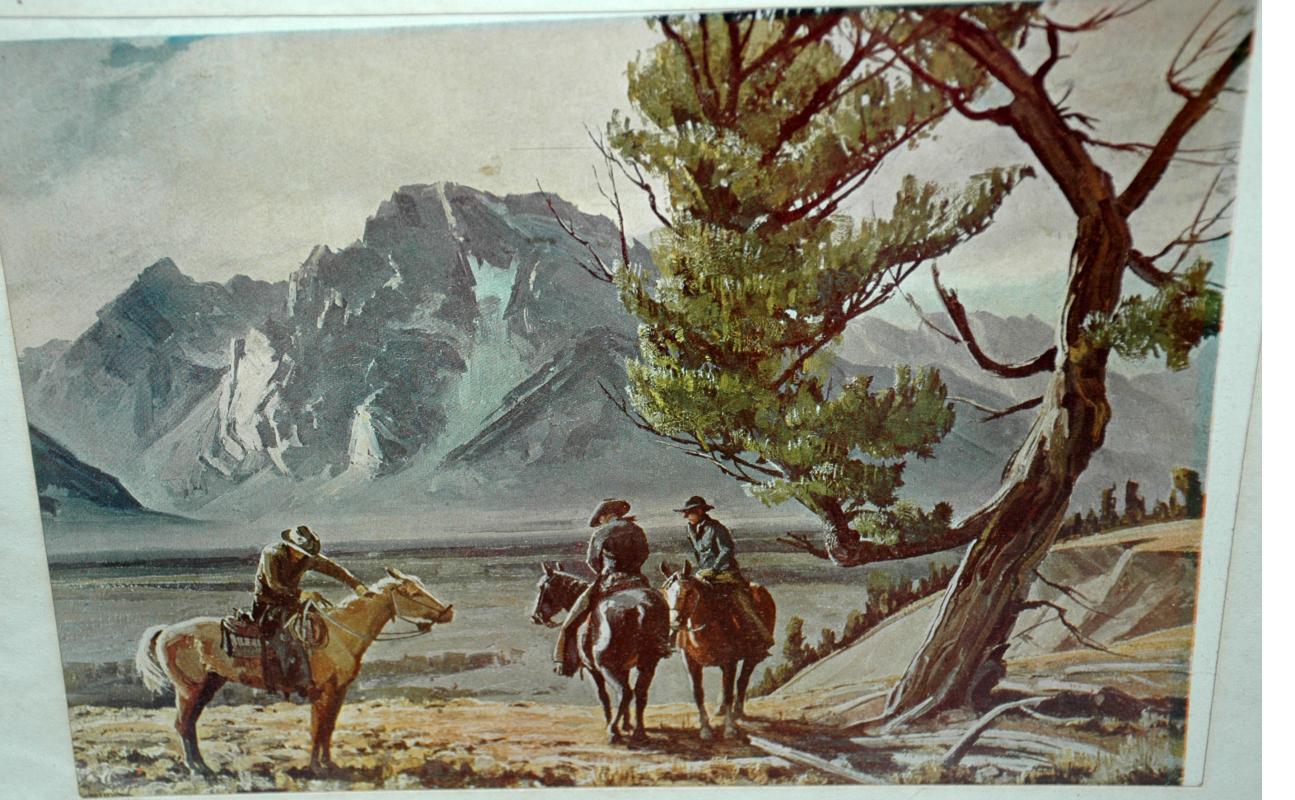 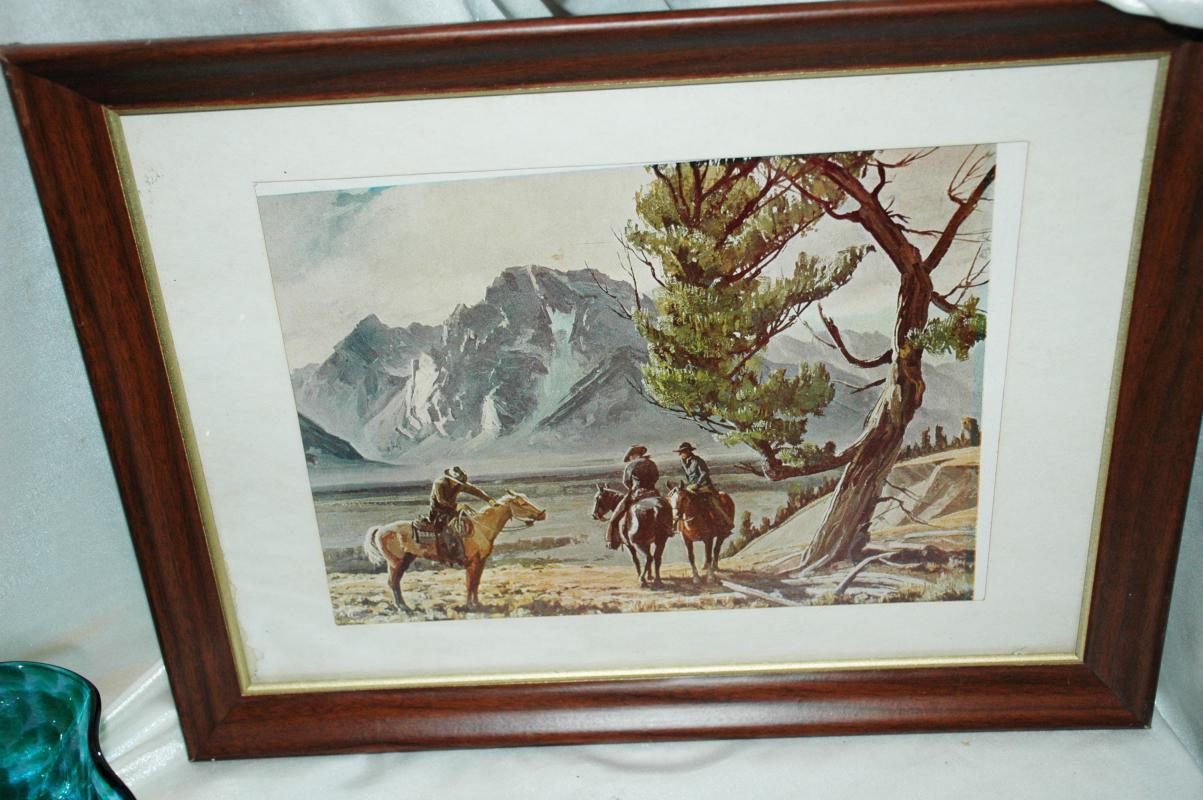 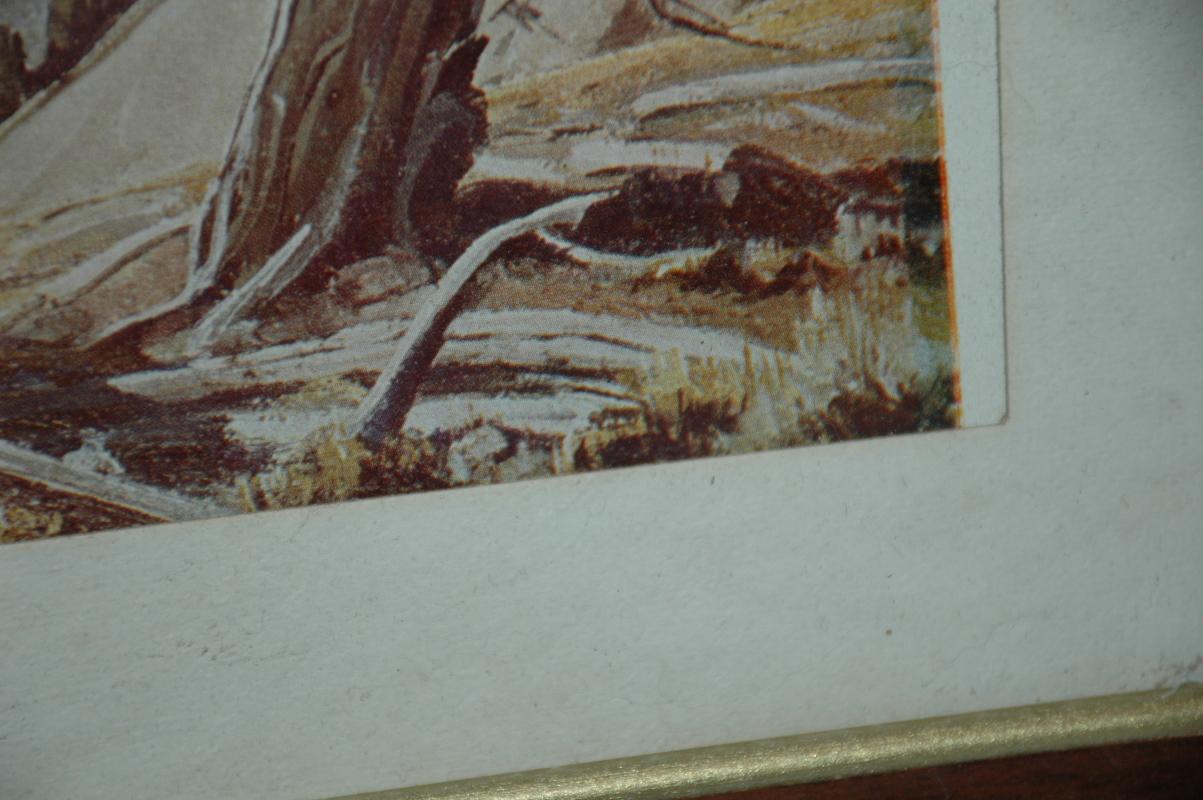 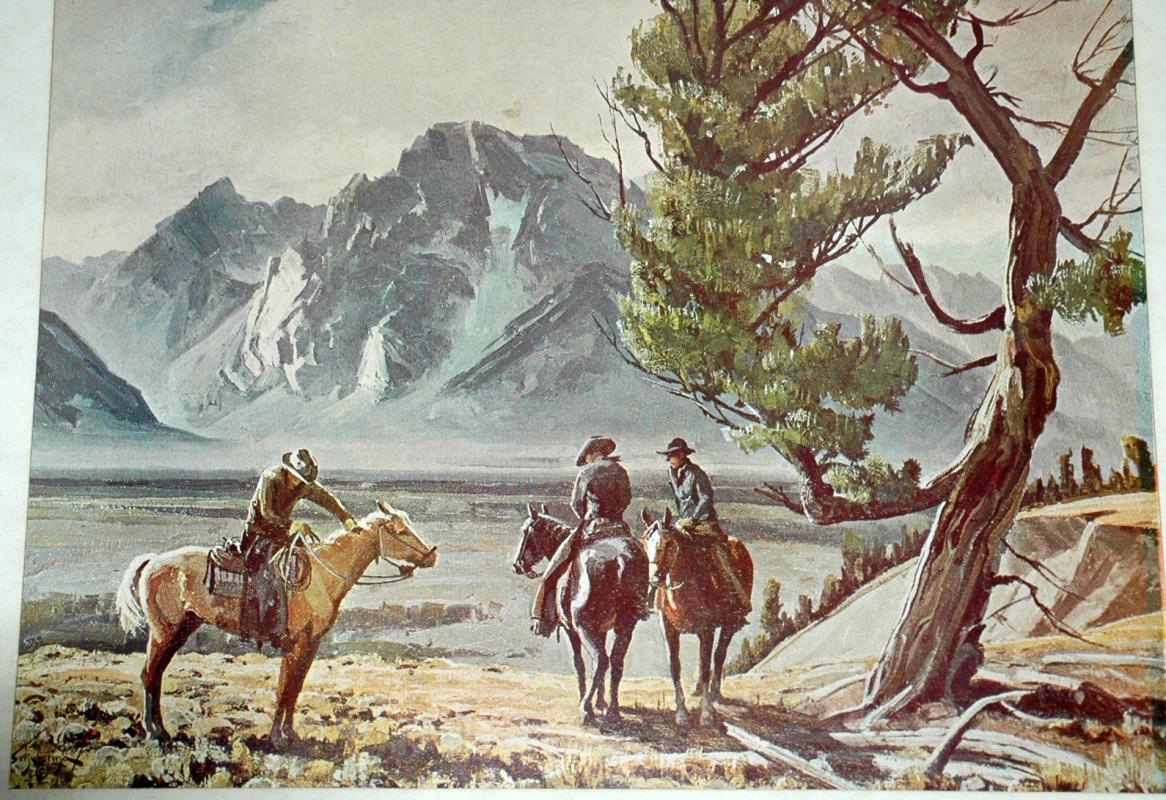 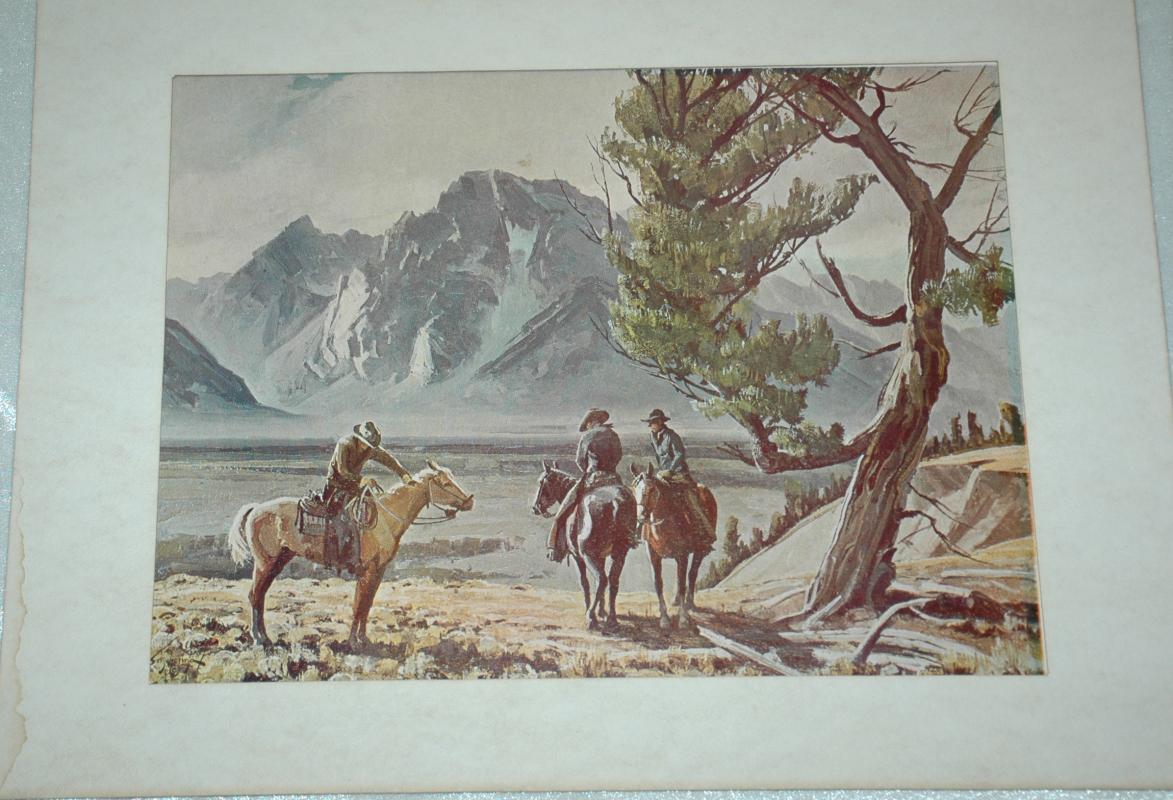 CONRAD SCHWIERING   RARE WESTERN LITHOGRAPH "HORSE TALK"   LITHOGRAPH 1950'S GRAND TETON  NATIONAL PARK, WYOMING.     The print is in very good condition     There is some water damage on the edge of the mat that does not effect the print.   The print is about 10" x 12".       I am selling this without the frame  because I broke the glass and the frame was nothing special anyway.         Conrad Schwiering   know as "CONNIE" SCHWIERING (1916-1986) lived and worked in Jackson Hole, Wyoming, from 1947, where the majestic mountains and forests of the Grand Teton National Park provided his favorite subject. He became well-known for his landscapes and scenes of western life.   Schwiering was a charter member of the National Academy of Western Artists and was honored with a one-man exhibition at the National Cowboy Hall of Fame in 1981. He was one of 12 contemporary artists featured on Profiles in American Art, a film series produced for PBS in 1982. His work was widely collected and now hangs in many prominent public and private collections. Hand Drawn, Hand-Signed, Original Limited-Edition Lithograph. A true hand crafted print -