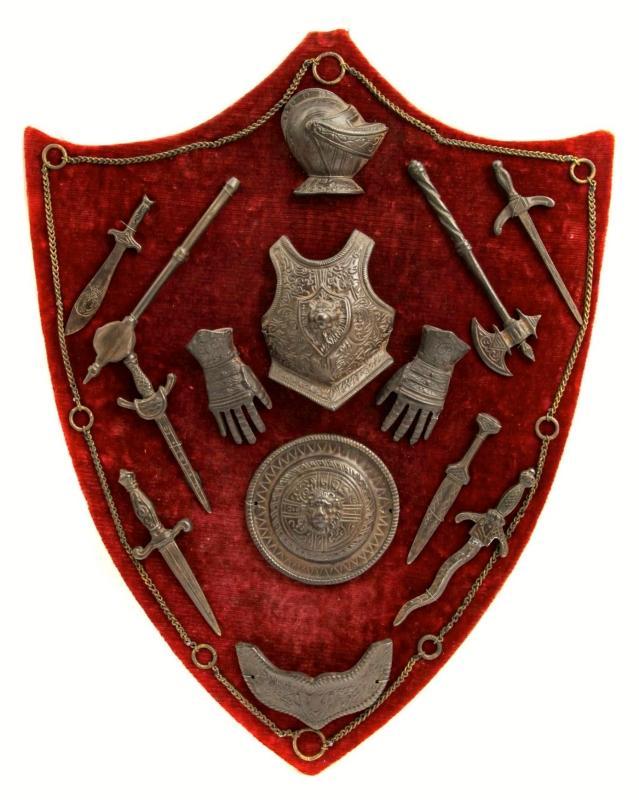 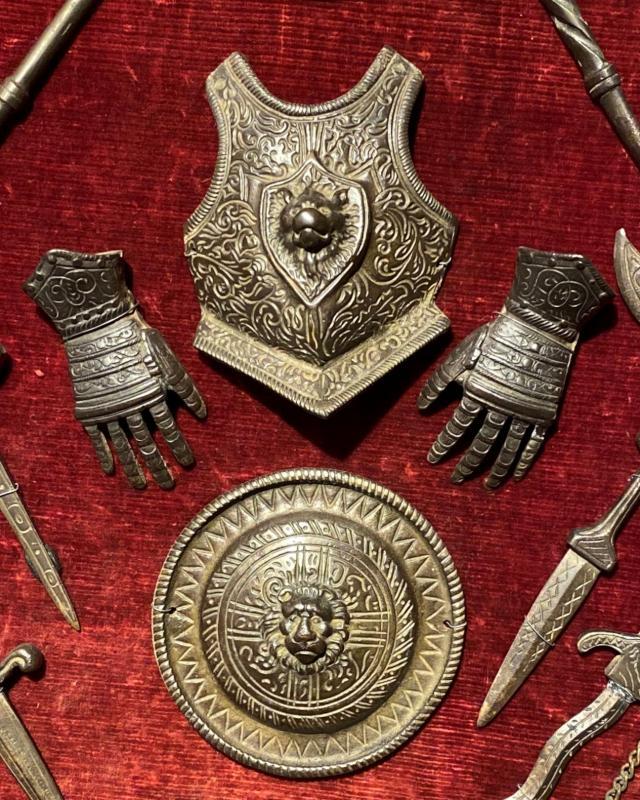 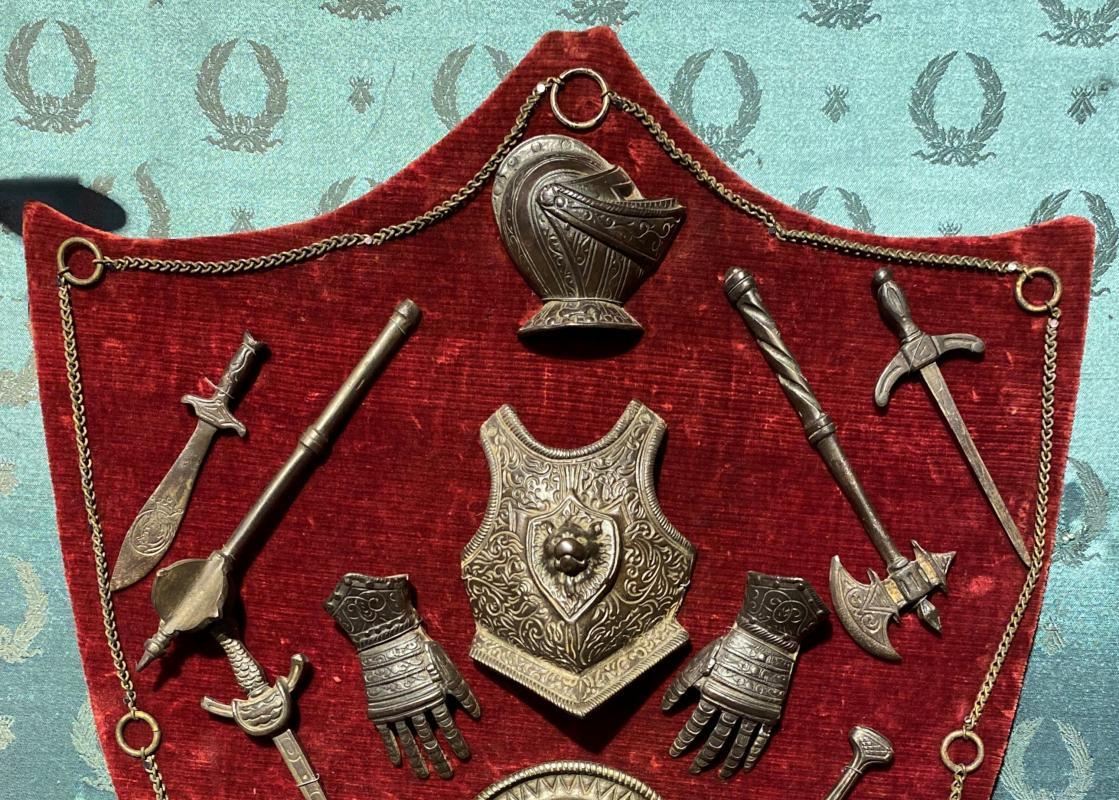 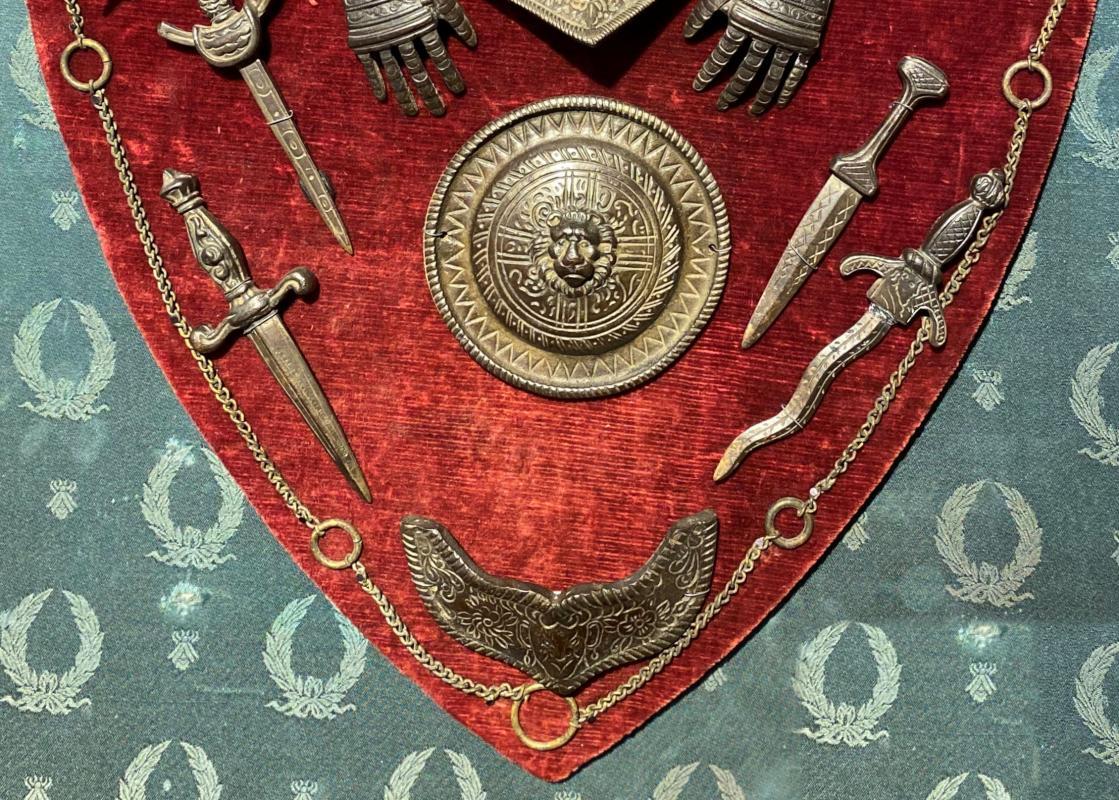 Our collection of antique miniature arms and armor in the medieval style includes fourteen individual items, including daggers, knife, battle axe and hachet, helmet, and breast plate. Each item cast (apparently in bronze) and patinated. One gauntlet has a broken finger. The serpentine sword is broken. Apparently unsigned and likely of American origin. Mounted to plywood wrapped in red satin fabric added recently, replacing the original or earlier period fabric. Plywood is estimated to date from the 1940s or 1950s and carries the paper label of the Wessel Bedding Co. It appears the owner mounted the collection during this period, using this wood from a bed frame or scrap from the company. The bronzes themselves may have been cast in the late 19th to early 20th century, possilby as late as the period of the plywood.