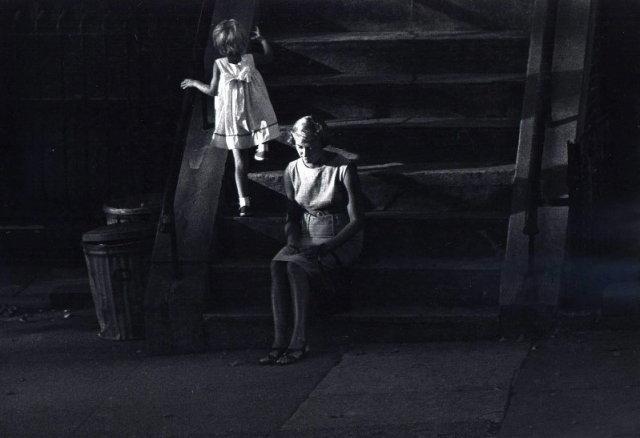 Signed in pencil on the mount, recto. From The First Aperion Portfolio; images by visiting instructors at the Aperion Workshops, Millerton, New York, published 1975. Number 13 in an edition of 40. Charles Harbutt (1935-2015) was a former Magnum photographer who began his photographic career in 1956. The first twenty years of his photographic life involved working for magazines in Japan, Europe and the United States. He has an instinctive love of the capacity of the camera not only to record, but bring out the life in his subjects. His pictures display a degree of gentleness and sensitivity toward humanity, and a respect to his medium. Collections: MOMA, New York, the Art Institute of Chicago, and the Bibliotheque Nationale in Paris. In 1997, his negatives, master prints & archives were acquired for the collection of the Center for Creative Photography, Tucson, Ariz. (source: www.photography.about.com)