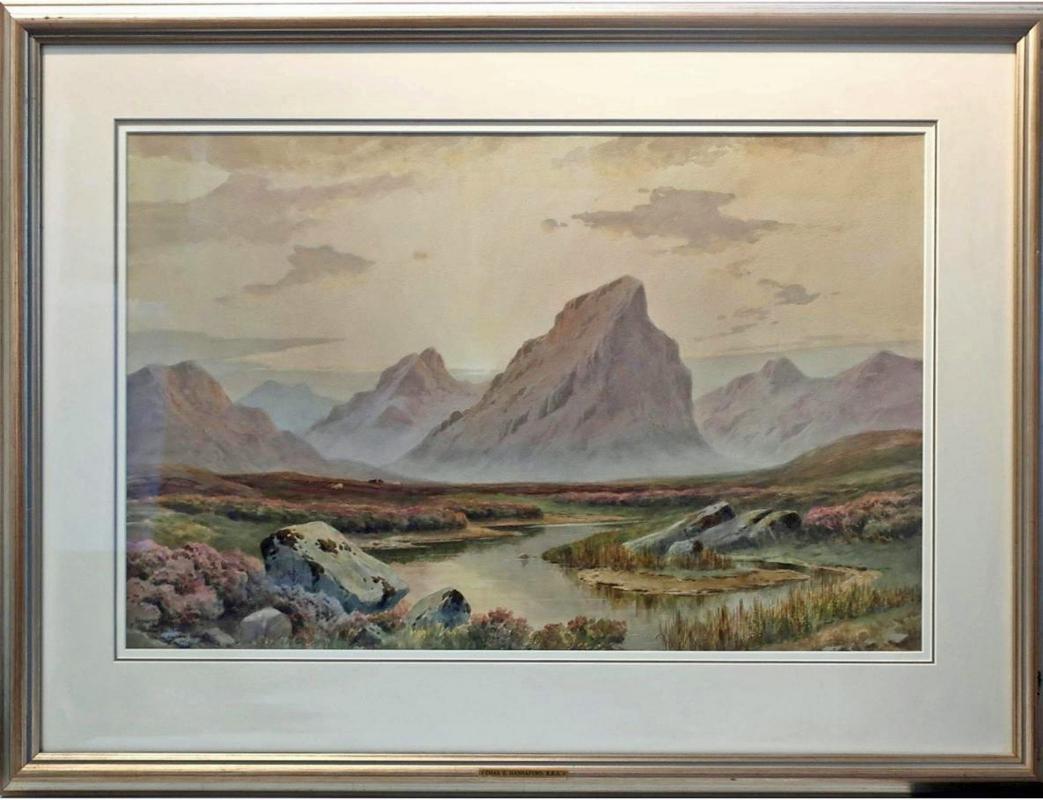 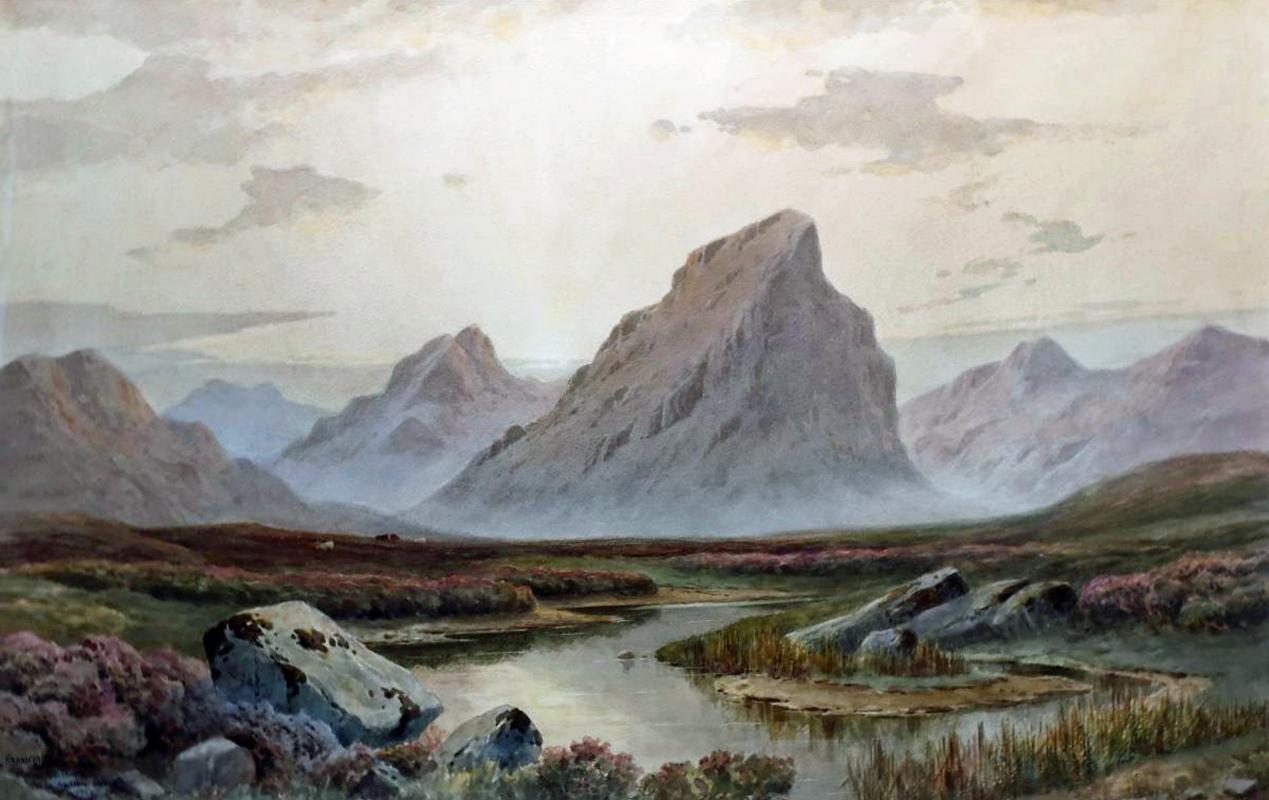 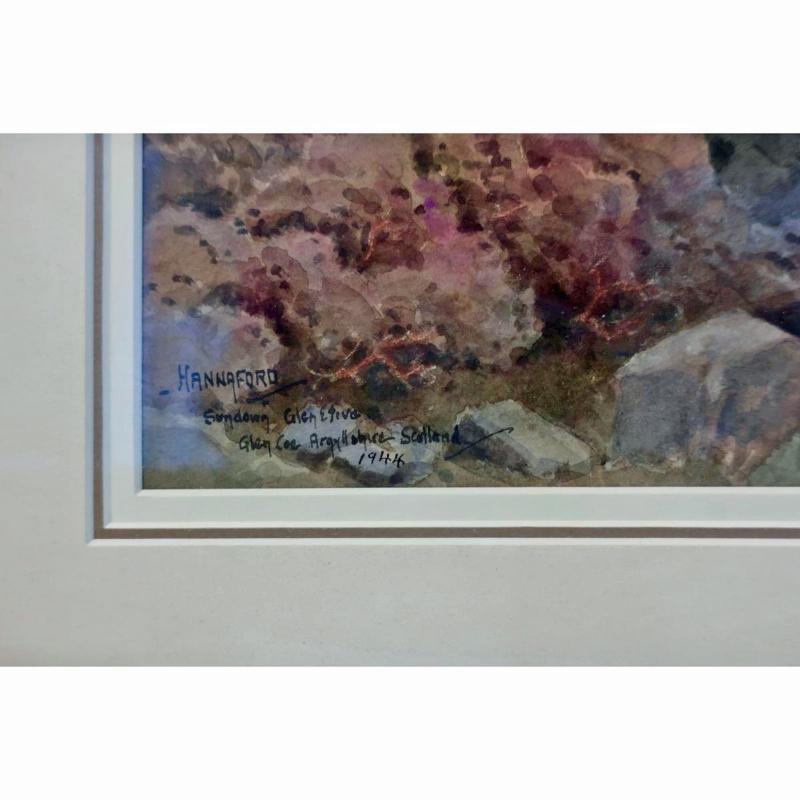 Charles E. Hannaford RBA. Watercolour Sundown Glen Coe Argyllshire 1944. Frame size: 27 x 36 inches. Charles Edward Hannaford was a noted watercolour artist and member of the Royal Society of British Artists. Educated in Paris, Hannaford first qualified as an architect and civil engineer. Later he abandoned this career and moved to Plymouth to become a full-time artist, studying under the late Stanhope Forbes RA. He had a weakness for Scottish and Dartmoor pictures, also boating and fishing scenes, with some of his works being purchased by the Royal Collection. He held exhibitions in the Walker Gallery, Bond Street in 1910 and 1912 and from the latter, one of his watercolours was purchased by King George and another by Queen Alexandra. Later, he exhibited at the Royal Academy, Royal institute, R.B.A., Royal Canadian Academy and the Royal Cambrian Academy, Manchester. After an invitation by Princess Marie Louise he painted a picture of the Queen’s Doll House. Many of his watercolours were sold in America and Canada.