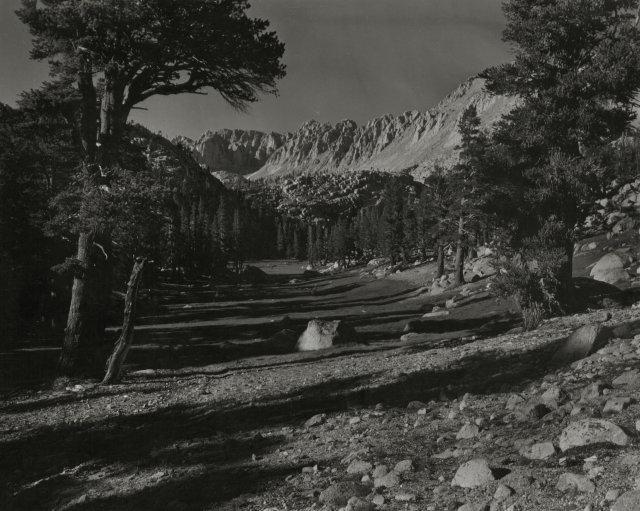 Signed in the margin. Cedric Wright (1880-1959) was a lifelong friend of Ansel Adams from their teenage years. Ansel credits Cedric with introducing him to poetry, and by way of this opening up his emotional life and sensitivity which later became so important in his work. Adams wrote of Wright: 'His work reveals a strange and compelling beauty; it is not obscure, oblique, mechanical, or intellectual, but is the evidence of a great insight and intuitive power. It moves the spirit; then because it is so simple and direct, it moves the mind and conscience....'